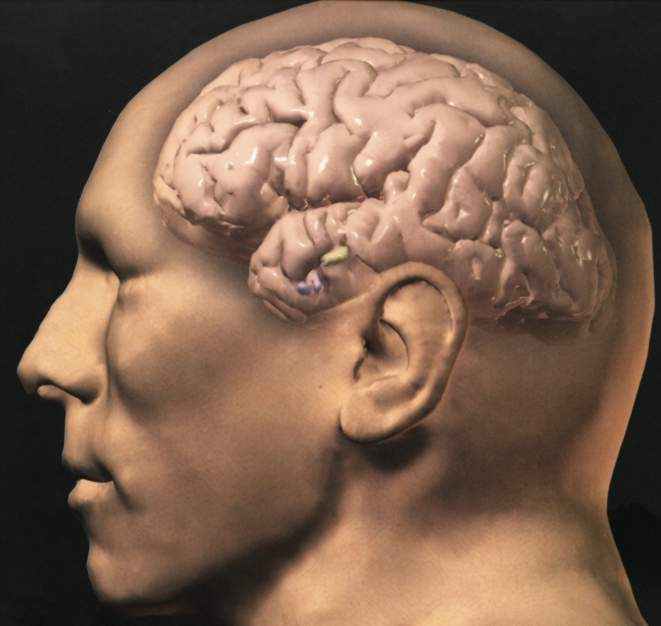 German and Dutch scientists first discovered an alternate power source for the brain. Because previously it was thought that the brain runs exclusively on glucose. Using spectral analysis, scientists have discovered that the brain receives from the incoming blood not only glucose but also lactate — lactic acid, the increase in the content which is observed when the mismatch of oxygen into tissue and energy costs, that is, when active muscular work. Thus, the energy “waste” is supplied by the muscles, are used by brain as energy.

The study, neuroscientists showed that the brain, like muscles, in a situation when the body is working at the limit of their capabilities and the level of sugar in the blood decreases to a critical value, starts to feed on the lactate, not glucose. This discovery explained why the brain is able to work at the same level, even when other tissues and organs begin to consume several times more glucose and oxygen than usual. The brain is just another mechanism to maintain their own life in the conditions when working muscles need glucose.

The proof of this theory, scientists have obtained during the experiment using the method of spectral analysis of blood taken from the subjects after exercise. Doctors compared the blood chemistry input, which only had to enter the brain and provide it with essential nutrients and blood output, already participate in the process of brain circulation. It turned out that “waste” blood contained significantly less lactate than the blood, only going to the brain. Further investigation revealed that the brain is not kept received lactate, and used it as food for their cells. Thus, the left brain the glucose the muscles need this fuel.

“The fact that lactic acid is the end product of glucose metabolism under conditions of sharp shortage of oxygen. Moreover, the process of conversion of glucose to lactic acid may be reversed from the lactic acid to form glucose — said the candidate of medical Sciences, associate Professor of chair of biochemistry RGMU Nikolay Adrianov. — So when the body works in the usual way, glucose splits into two molecules of pyruvic acid; when the muscles begin to consume a lot of energy, not enough oxygen and molecules of pyruvic acid molecules break down to lactic acid. The latter originate in the liver, where they constructed a new molecule of glucose that the liver enter the blood and are used as food for the brain. And even if several times to increase in the blood concentration of lactate, but lower glucose levels to unacceptable limits, a man still in a coma. Quantitative compensation in this case never grow into quality. So that lactate is just a building material for glucose, rather than a full replacement”.

The possibility of using multiple power sources for brain scientists is explained by evolution. For example, while fleeing from predators or hunting the animal should accumulate all the forces and energy resources in order to ensure muscles work in emergency mode. Simultaneously, the animal needs in the operational work of the brain, speed of reaction and attention. So that the muscles are not taken, the brain is the only source of power the body takes the neurons to the alternate feeding method.

“The body of any living creature works so that the absolute priority in the allocation of power and energy reserved for the brain — said biophysicist, an expert of the Institute of biology of aging Igor Artukhov. — Moreover, even if, along with the glucose the brain can utilize lactate, this is due not so much to shortages of glucose, caused by an increase in muscles, as the lack of oxygen, which is also accompanied by excessive load.”

In the human body excess of lactic acid is used as a source of carbon and energy in the skeletal muscles, lungs, heart and brain. Moreover, the researchers insist that the brain, heart and lung lactate is an excellent substrate and is often utilized even before the glucose, since the rate of uptake and oxidation of lactic acid in two to ten times higher than with glucose. Therefore, once the lactic acid appears in the blood, 90% is used as a power source for the brain.

According to the German and Dutch scientists, the discovery will not only become an important stage in the study of the brain, but also the first step towards creating a non-synthetic doping for the brain, which will raise its performance much better than any energy.