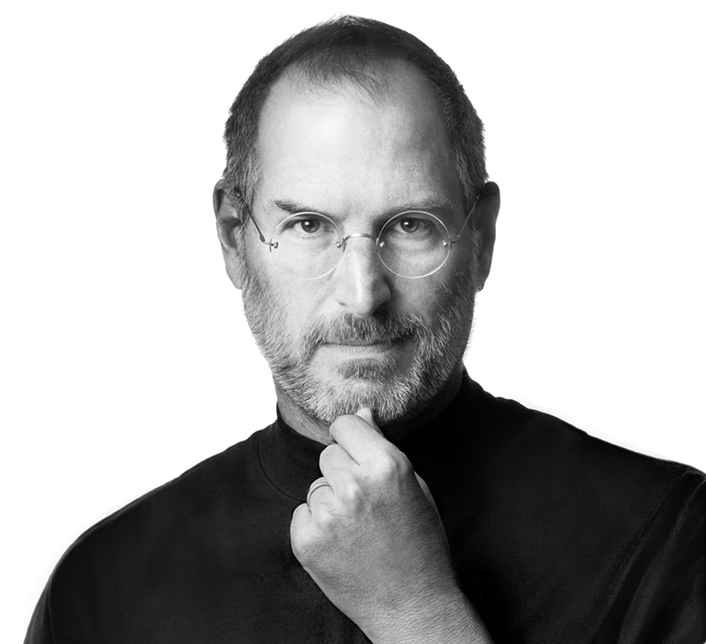 Russian translation of the speech by Steve jobs to graduates at Stanford University.

“I’m honored to be with you today at the presentation of diplomas of one of the best universities in the world. I did not graduate from the institutions. Today I want to tell you three stories from my life. And that’s all. Nothing big. Just three stories.
The first story is about connecting the dots. I dropped Reed College after the first six months of training, but remained there as a “guest” of about 18 months, until he finally left. Why did I drop out?
It all started before I was born.

My biological mother was young, unwed College graduate student and decided to give me up for adoption. She insisted that I was adopted by people with higher education, so I was destined to be adopted by a lawyer and his wife. However, a minute before I popped out, they decided that they wanted a girl. So they called me last night and said, “Suddenly the boy was born. Do you want it?” They said, “of Course.” Then my birth mother knew my adoptive mother is not a College graduate, and my father was never a high school graduate. She refused to sign the adoption papers. And only a few months later lost when my parents promised her that I will go to College.
And 17 years later I went. But I naively chose a College that was almost as expensive as Stanford, and all the savings my parents had spent on preparing for it. After six months I didn’t see the point of learning. I didn’t know what I want to do in my life and no idea how College will help me to realize it. And here I was just wasting the money my parents had saved their entire life. So I decided to drop out of College and believe that all will be well. I was scared at first, but looking back now, I realize that it was my best decision in my life. The minute when I left College, I was able to stop talking about the fact that the required lessons are not interested in me, and visit those that seem interesting.
It wasn’t all romantic. I didn’t have a Dorm room so I slept on the floor in friends rooms, handed bottles of Cola for 5 cents to buy food, and walked seven miles across town every Sunday night to once a week to eat normally in the temple of Krishna. I liked him. And much of what I experienced, following his curiosity and intuition, turned out to be priceless later on.
Here’s an example: Reed College has always offered the best lessons on calligraphy. Throughout the campus every poster, every label was written in calligraphy by hand. Since I had deducted and did not take the usual lessons, signed up for lessons in calligraphy. I learned about Serif and Sans Serif, spacing between different letter combinations, about what makes typography great. She was beautiful, artistically subtle in a way that science this would not have been able to understand.
None of this seemed useful for my life. But ten years later, when we were designing the first Macintosh, it all came in handy. And Mac was the first computer with beautiful typography. If I had never dropped in on that single course in College, the Mac would have never had multiple typefaces or proportionally spaced fonts. And since Windows just blew it with the Mac, most likely no personal computer would have them.
You can’t connect the dots looking forward. You can only connect them looking backwards. So you have to trust that the dots you will somehow connect in the future. You will have something to rely on: your gut, destiny, life, karma, whatever. This approach has never failed me, and it changed my life.

My second story is about love and loss. I was lucky – I pretty early found what you love to do in life. Woz (Steve Wozniak. – “F.”) and I started Apple in my parents ‘ garage when I was 20 years old. We worked hard and in ten years Apple had grown from two people in a garage to a company with a turnover of $2 billion We released our best creation the Macintosh a year earlier, and I just turned 30 years old. And then I got fired. How can you dismiss from the company you founded? Well, the growth of Apple, we hired talented people to help me run the company, and the first five years all went well. But then our visions of the future began to diverge and eventually we had a falling out. The Board of Directors moved to their side. So at 30 I was fired. With publicly. What was the focus of my entire adult life was gone.
I didn’t know what to do for a few months. Felt that he failed a generation of entrepreneurs that dropped the baton as it passed. I met with David Packard and Bob Noyce and tried to apologize for what he had done. It was a public failure and I even thought about how to escape hell. But something slowly began to dawn in me – I still loved what did. The course of events in the Apple only slightly changed things. I was rejected, but loved.
And in the end decided to start all over again. I didn’t understand, but it turned out that getting fired from Apple was the best thing that could happen to me. The burden of a successful person was replaced by levity novice, less confident about anything. I got out and went into one of the most creative periods of his life.
Over the next five years I started a company NeXT, another company named Pixar, and fell in love with an amazing woman who became my wife. Pixar created the first computer-animated film, Toy Story, and is now the most successful animation Studio in the world. In the course of startling events, Apple bought NeXT, I returned to Apple and the technology developed at NeXT became the heart of Apple’s current Renaissance. And Lauren and I have a wonderful family.
I’m sure none of this happened, if I hadn’t been fired from Apple. The medicine was bitter, but to the patient it has helped. Sometimes life hits you in the head with a brick. Don’t lose faith. I am convinced that the only thing that helped me going was the love for him. You need to find something you love. And this is as true for work as for a relationship. Your work is going to fill a large part of life, and the only way to be truly satisfied is to do what you think is great work. And the only way to do great work is to love what you do. If you haven’t found it yet, keep looking. Don’t stop. As with all cardiac cases, you will know when you find it. And like any good relationship, they become better and better with age. So seek until you find. Don’t stop.

My third story is about death. When I was 17, I read a quote: “If you live each day as though it were your last, you’ll ever be right”. The quote made an impression on me, and since then, for 33 years, I look in the mirror every day and ask myself: “If today is the last day of my life, I would like to do what you going to do?” And whenever the answer has been “no” for several days in a row, I know I need to change something.
The memory of the fact that I’ll be dead soon is the most important tool which helps me to make difficult decisions in my life. Because everything else is someone else’s opinion, all pride, all the fear of embarrassment or failure – these things just fall away in the face of death, leaving only what is truly important. The memory of death is the best way to avoid thinking about the fact that you have something to lose. You are already naked. You have no more reasons to follow the call of your heart.
About a year ago I was diagnosed with cancer. I had a scan at 7.30 am, and it clearly showed a tumor in the pancreas. I didn’t even know what a pancreas. The doctors told me that this type of cancer is incurable and I can live no more than three to six months. My doctor advised me to go home and get my Affairs in order (which means the doctors prepare to die). It means to try to tell my kids what would you say in the next ten years. It means to say goodbye.
I lived with that diagnosis all day. Later that evening I had a biopsy is stuck in the throat of the endoscope through the stomach and intestines, put a needle into the pancreas and got a few cells from the tumor. I was “passed out” but my wife, who was there, said that when they looked at the cells under a microscope, they began to shout, because I had a very rare form of pancreatic cancer that can be cured by surgery. I had the surgery, and now with me everything is in order.
Death then walked up to the closest to me and, hopefully, the closest thing in the next few decades. After all this, I am now more confident I can say the following than when death was a useful but purely fictional concept: no one wants to die. Even people who want to go to heaven don’t want to die. And still death is the destination for all of us. No one has ever escaped it. As it should be, because Death is very likely the best invention of Life. She is the cause of change. It clears out the old to pave the way for the new. Now the new is you, but once (not very long from now) you will become old and will purify you. Sorry for such a drama, but it’s true.
Your time is limited, so don’t waste it living someone else’s life. Don’t be trapped by dogma-which advises to live the thoughts of other people. Don’t let the noise of others ‘ opinions drown out your own inner voice. And most important, have the courage to follow your heart and intuition. They somehow already know what you want to be really. Everything else is secondary.
When I was young, I read an amazing publication the Whole Earth Catalog (“whole Earth Catalog”), which was one of the Bibles of my generation. It was written by a guy named Stewart Brand, who lives not far from here in Menlo Park. It was in the late sixties, before personal computers and desktop publishing, so it was made with typewriters, scissors, and “Polaroids”. Something like Google in paper form, 35 years before Google. The publication was idealistic, and overflowing great ideas.
Stuart and his team have made several issues of The Whole Earth Catalog and eventually published the final room. It was in the mid 70’s and I was at your age. On the last page of the cover was a picture of the road early in the morning, where you may be caught car if you loved the adventure. Beneath it were the words: “Stay hungry. Stay foolish”. And now, as you graduate and begin life, I wish you the same.
Stay hungry. Stay foolish. Thank you very much”.