“A canoe made of birch bark… the most convenient and easy means of transportation. The bark of one birch, typically enough for one canoe; they are in a suitable form that float on water easily, like a cork” (John. Catlin, 1841).

Boat of the North American Indians can be fairly easily made not only of birch bark, but of a hard, fibrous plates (e.g. hardboard) or thin plywood. Below is a guide to the manufacture canoes from such sheets. 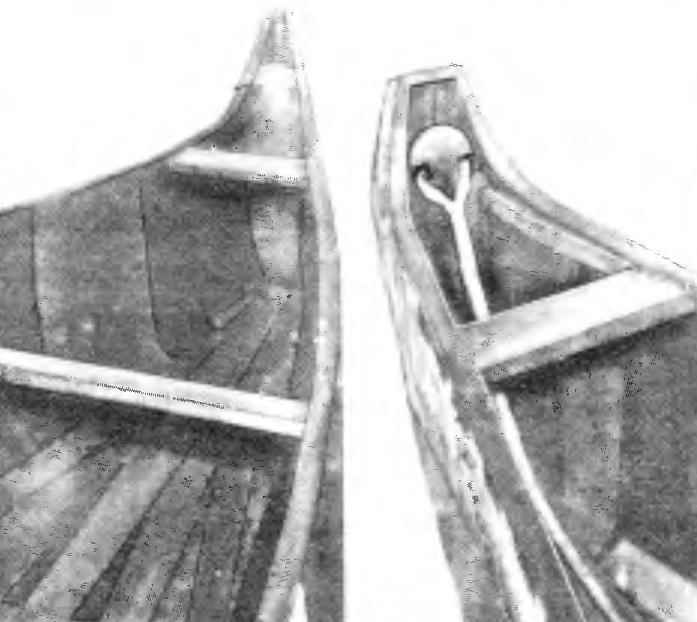 According to the shape and dimensions of the boat proposed for the independent production of German magazine “Practices”, the shape is very reminiscent of a hunting canoe of the Indians. But the hull of the boat, of course, not bark: the rigidity and reliability it acquires through the use of solid fibrous material, and not due to longitudinal and transverse frames, as is done in the original.

The finished canoe weighs about 30 kg, so it can be transported even on the trailer, and especially on the roof of the car. However, the boat has an enviable capacity: can accommodate two adults and three children. Maximum load with a uniform distribution of weight in the canoe is (as it should be for sports boats with a minimum freeboard of 0.15 m), about 280 kg When moving through calm water for paddling uses a paddle with T-handle, these are found in sports stores, but paddles can be made independently; the paddle blade must have a width of about 120 mm and a length of 450 mm. 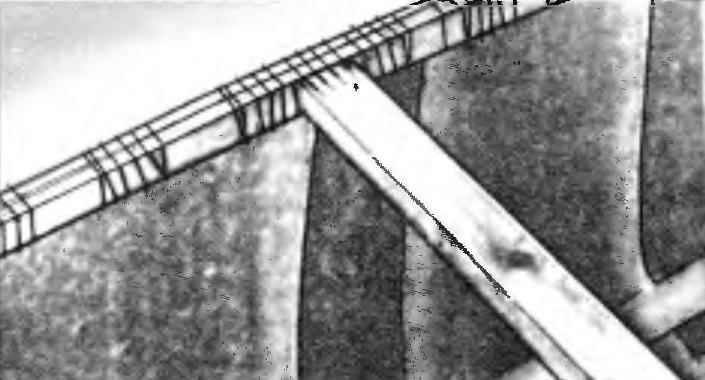 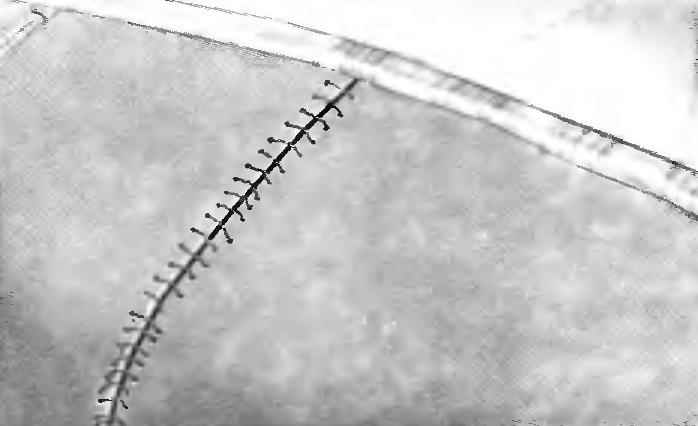 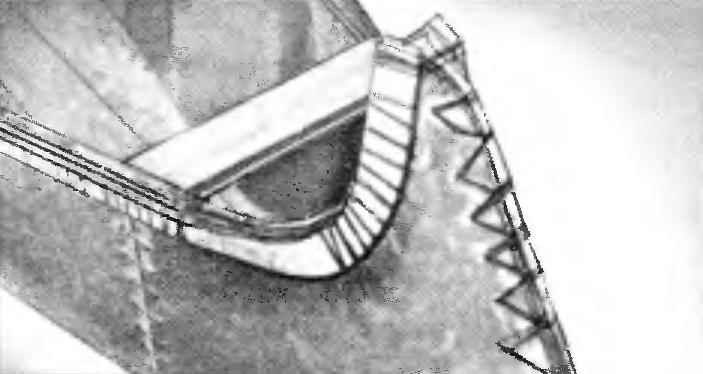 In addition to drawing, you need to consider the following. 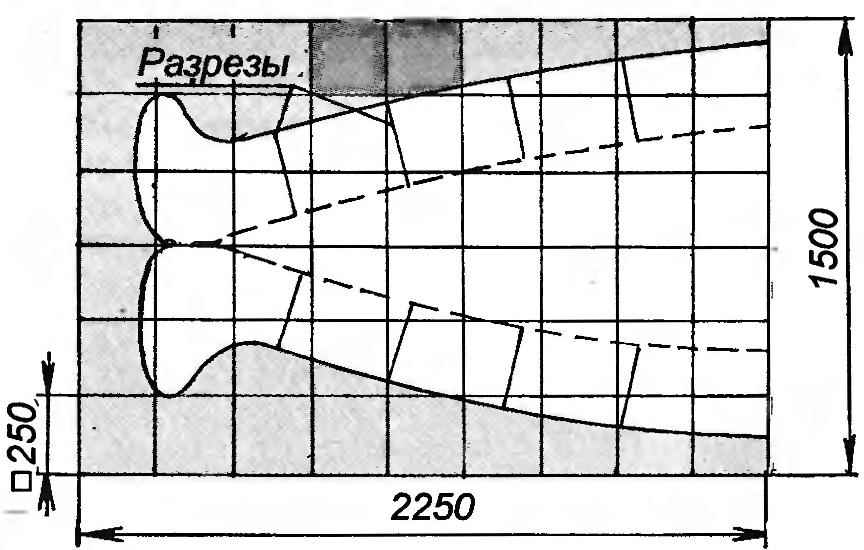 It is formed from sheets of fiberboard (hardboard), which according to figure nanosats grid and “pattern” in the body layout transverse incisions. If terbovaniya leaves will be less than needed to scribe the full size boats, the drawing can be applied to two sheets (the second of them mirrored). After cutting and final forming of workpieces of the casing halves obtained it several are pushed one into the other (overlapping) and stitched two parallel stitches.

However, before that you will need to perform all the preparatory operations.

And the main of them after the cut applied on the leaf contour is a thorough soaking of those parts, which are subject to subsequent bending. The hydration is, depending on the thickness of the sheet, on its “inner” surface or both sides, with alternate watering them or encasing with a wet rag. 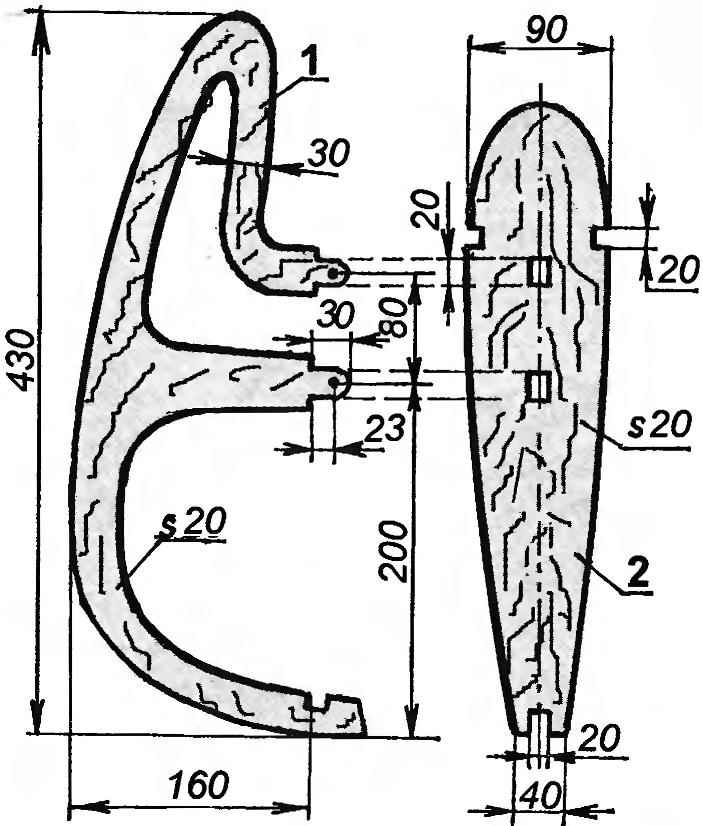 Bending of the billet housing you need to start with the bow (and respectively — fodder), brought together its halves and clamped them to the edge of the overhead slats and clamps. Other areas gently bent upwards, as if forming the future side of the boat, and fixed them a ring band rope ties. Thereafter, the blank is dried until the material does not acquire the initial hardness.

While the billet housings are dried, you can begin shaping wooden parts of the enclosure is stefni and side straps. Since Canoeing the bow and stern are identical, their basis, that is, steveni have the same device. They consist of a notched axial part (the edges) and a cross-shaped strap, having holes and cutouts to connect with the edge of the post and side rails of the hull. Elements of the post are cut from plywood 20 mm thick and have a tongue and groove connection. 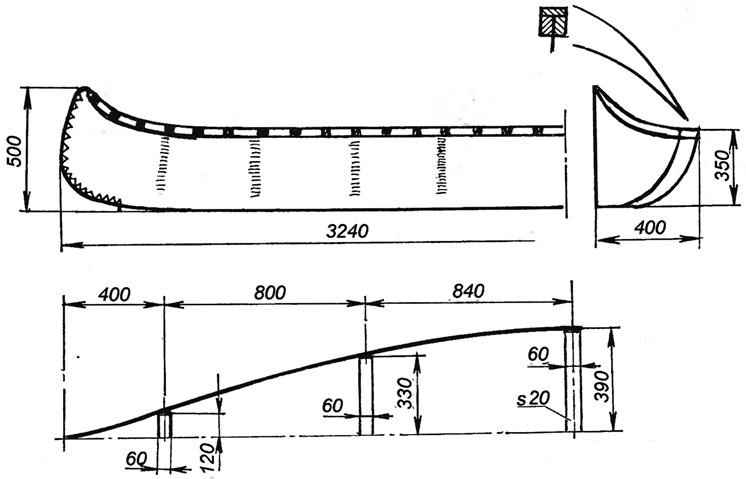 To steinam on the sides of the boat fit the rails of the frame of the case, two sides covers the top edge of the hull plates and covering them with horizontal bars. The length of all of these elements can be whatever, as together they complement each other for the whole length of the canoe.

In addition to these wooden parts will need five flat bars of different lengths that act as tie sides for the entire length of the housing.

All wooden parts of the canoe before connection needs to be impregnated with a moisture-resistant compound (for example “Teks”).

All the elements of Canoeing, as in the Indian original, are assembled without nails: they are sewn together. For this purpose, the cord of artificial fibre about 2 mm thick.

5 — the tissue lining the joints;

In dry parts of the body are sewn together first, place the side sections, which are connected with some overlap at the top (overlap) and on both sides of its apertures, through which consistently omitted and delayed cord. Pre-connect the bow and stern — temporarily: the final shape they will have after will be mounted together with stepname. 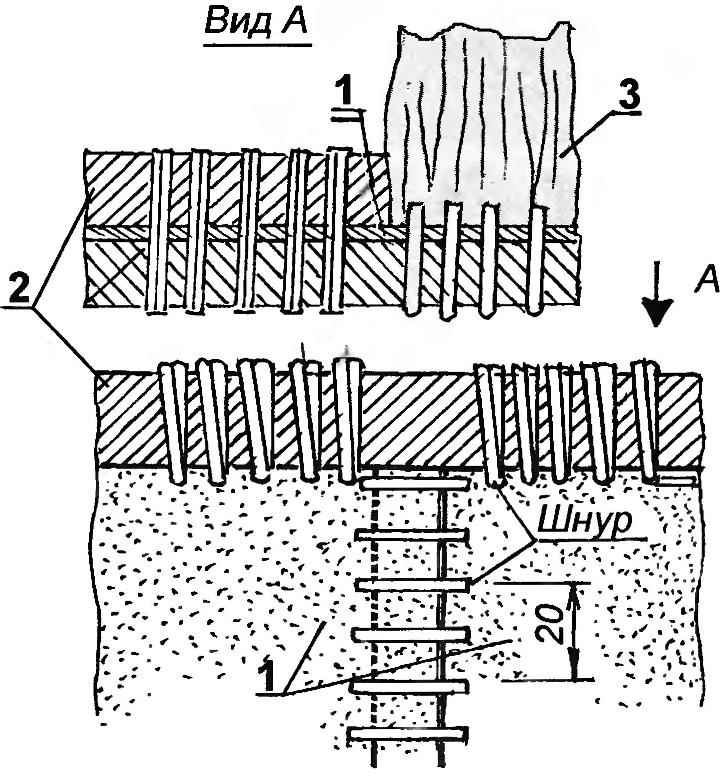 Methods of stitching the main parts of the boat:

1—sheets of the case;

If after stitching part of its side edge will be ragged, protruding parts are cut. The finished case halves a few are pushed into one another (overlap), glued and stitched two parallel stitches (around the edges of each half docked).

Sewn side framed by two rows of battens, that cover two sides of the edge boards. Are inserted with glue and sewn stevne; these are summarized and are attached to the side rails of the framing begins to define the shape of the canoe which is finally secured by sewing to the sides of the bars-ties. All completed mount on the sides of the overhead horizontal beams, the ends of which date back to steinam and sewn thereto.

All seams are carefully promazyvaetsya with epoxy glue, and the side and bottom of them are superimposed and pressed fabric strips are impregnated with epoxy. The wooden parts are covered with a waterproof varnish (also called yachting).

The entire case inside and out a few times carefully processed linseed oil. After drying, three times divorced is covered with waterproof varnish.

The descent into the water at the bottom of the canoe fit “big fish” — flooring from veneer strips or boards.