Is it possible sensationalism in modern automodelisme? Honestly, the boys of our group were sure that no. It seemed to them that has long been found-perenity all the design options and decisions that the task of the athlete is only to compose the best nodes in one model. But one of the departures on the training time made everyone think differently. It turned out that the young aces, who have had sporting success, I know is not all that possible improvement of even simple models has not been exhausted.
That day on the ice track brought together the best forces of our mug. I must say that kordovye racing models of snowmobiles we are engaged not the first year. Gained a lot of experience, tried in races all the schemes that has ever been held in the magazines, and those that have invented themselves. The boys were able to professionally judge the advantages and disadvantages of each shell. So when they were approached by a little old fellow and asked him to give him some fuel to compete… you had to see our professionals snobs! Barely glancing in his direction, they said to wait until he will bring “wood”, I can’t workout is almost over.
And you should have seen their faces in a minute, with square eyes in surprise! The fact that the stranger pulled out of a shallow pocket of a jacket is something extremely streamlined and beautiful, only instinct athlete can guess the proximity to cordovil. In a few movements he was connected landing gear, propeller and put the model on track. Even once assembled, it could fit in my pocket if that would be a little bigger! Finally, our experts were confounded after the first run of extraordinary machine. It has a top speed of nearly twenty miles an hour in excess of the best results krukowski Champions!
Of course, Nicholas — he introduced himself a little later, the guys dragged in a circle. Probably do not need to explain that he’s a member of our team. And in the classroom on the same day, nick told me how and with whose help he built a great race.
It turns out that last winter he saw our training sessions and never missed one of them, but only to come to meet shy. The self-similar case immediately attracted him, and he decided: “Until you achieve good results in the circle will not go!” And under the guidance of his father, in the past, modelers, and is now working aeronautical engineer, began… No, he did not take from their instruments, as they wanted initially. Father, learning about the passion of the son, was advised to learn the basics of aerodynamics! This is something nick did. You ask, what does so far from avtodela science? This question was the main. And the answer to it and helped to create a truly unique micromachines.
Remember, not so long ago there was proaviation three-point scheme with a stabilizer, they gave a clear speed boost. Due to what? First, is refined from the point of view of aerodynamics the shape of the device (from the scheme were excluded flush screw pylon, “body” turned into a thin rod which connects all model elements in one unit, and the stabilizer function of the frame of the rear axle). Secondly, it is considered that the gain obtained from switching to a single point sliding in the race. But is this win so significant? A detailed analysis of the case showed that according to the theory sliding no make any difference how much the skates moving on the ice, it is only important that they are correctly selected and under each of them formed water “wedge”. The rest of the resistance to slip depends on the weight of the machine. The transition to the scheme with the stabilizer and provided a significant reduction in mass.
Slowly standing the young designer challenge is beginning to emerge, it became clear objectives, which are required to achieve. One of them is the maximum relief model with any number of supporting skate. And this would have… shut down everything else! Indeed, as just. But in this apparent at first glance, the simplicity lies the art of the designer. For an inventor achieves the goal by piling up masses of parts and components, although sometimes a “structure” and looks impressive, but the creation of a unique, simple (and therefore reliable!) machine.
Decided reference scheme — type. In principle, the fourth horse to have something to hold on to, and with the bracket it would give weight gain. 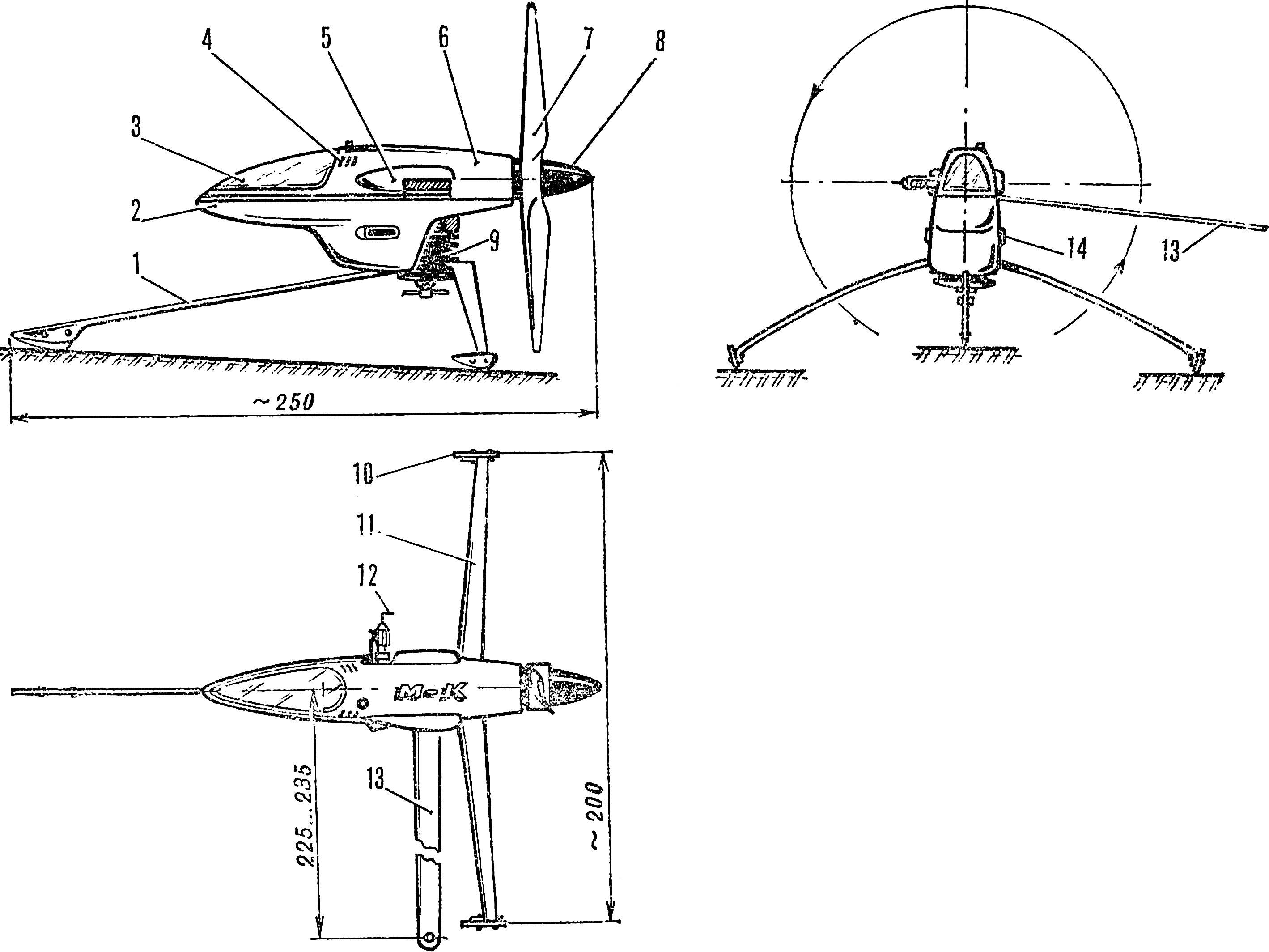 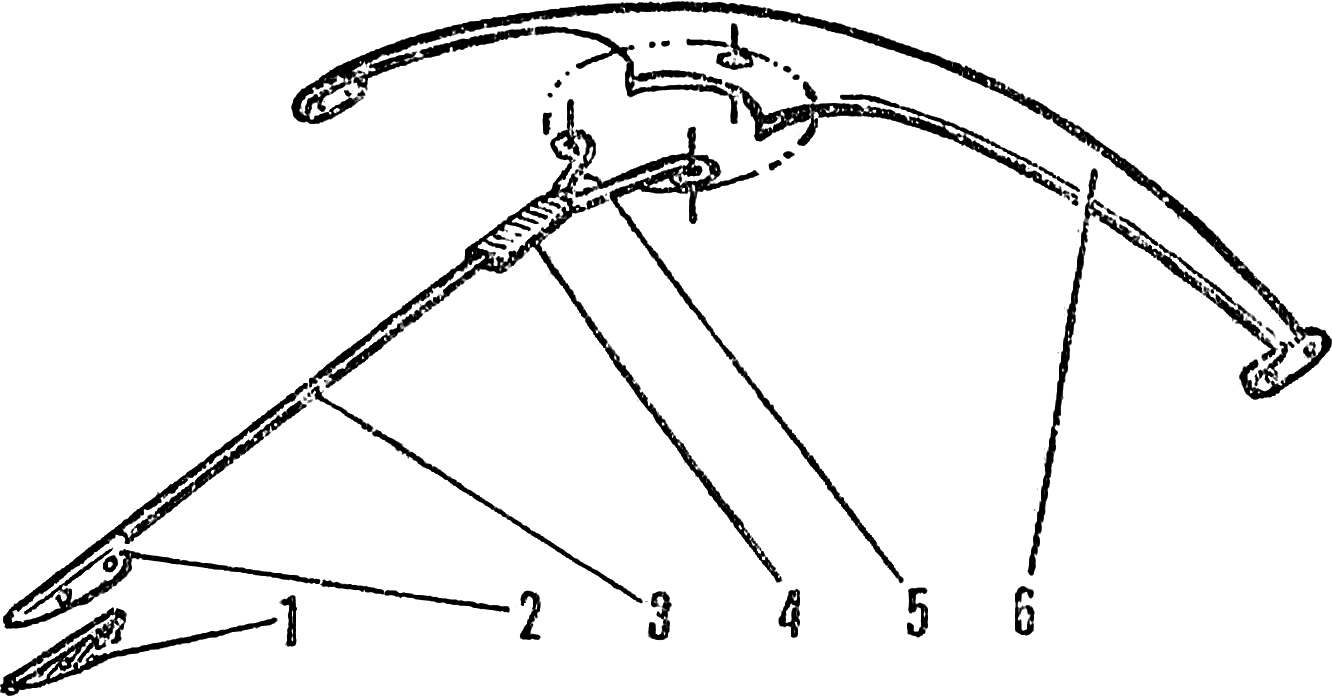