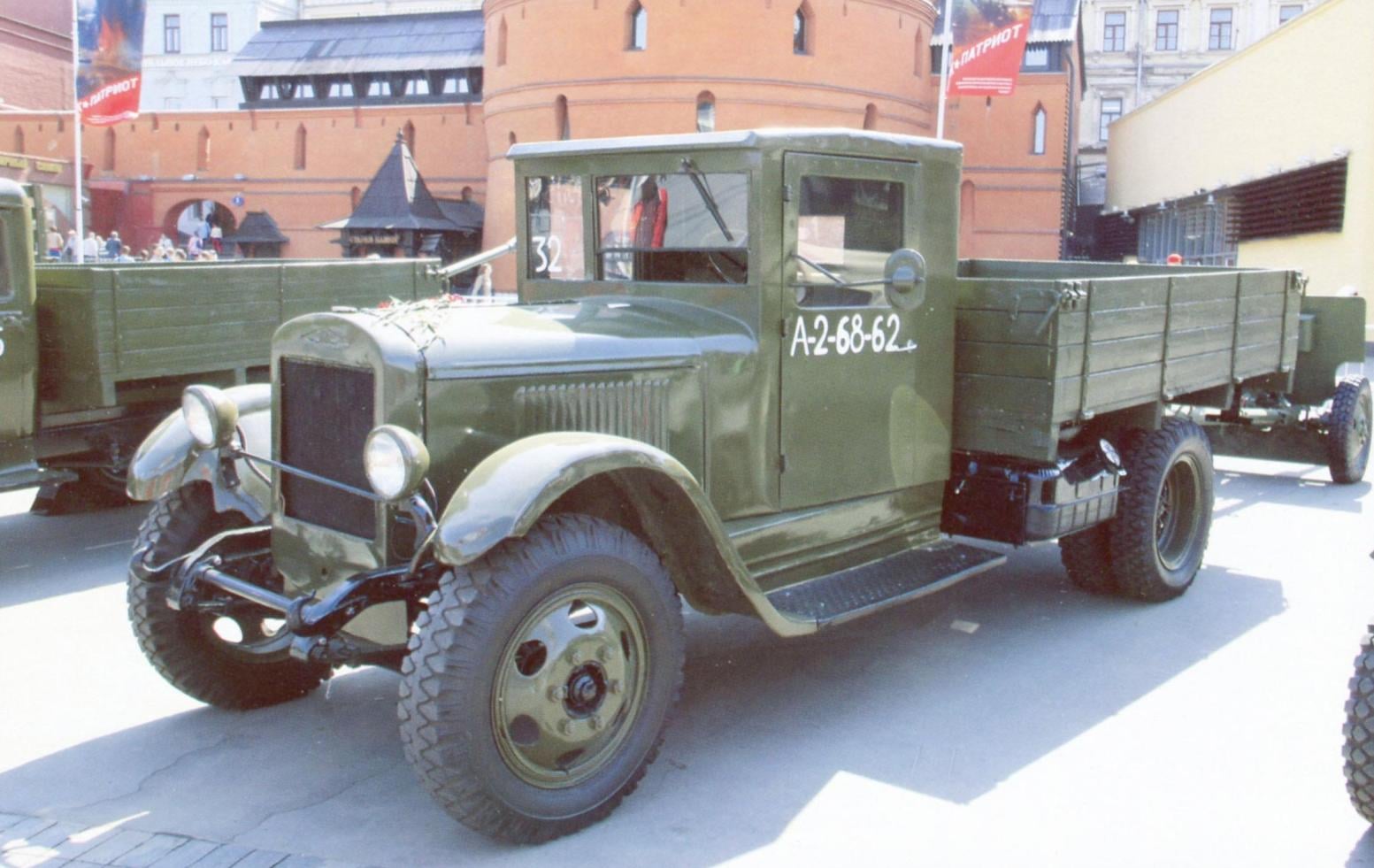 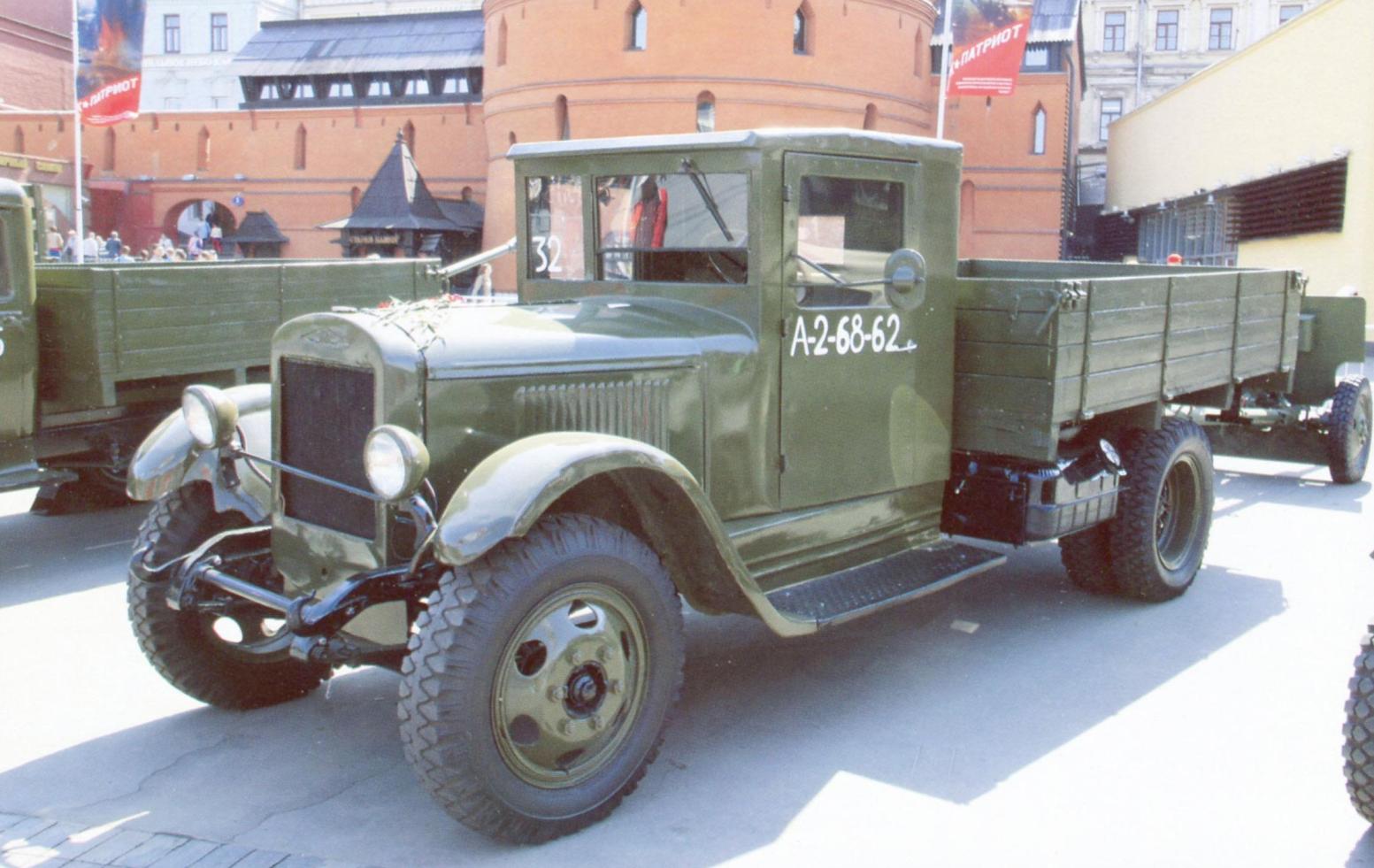 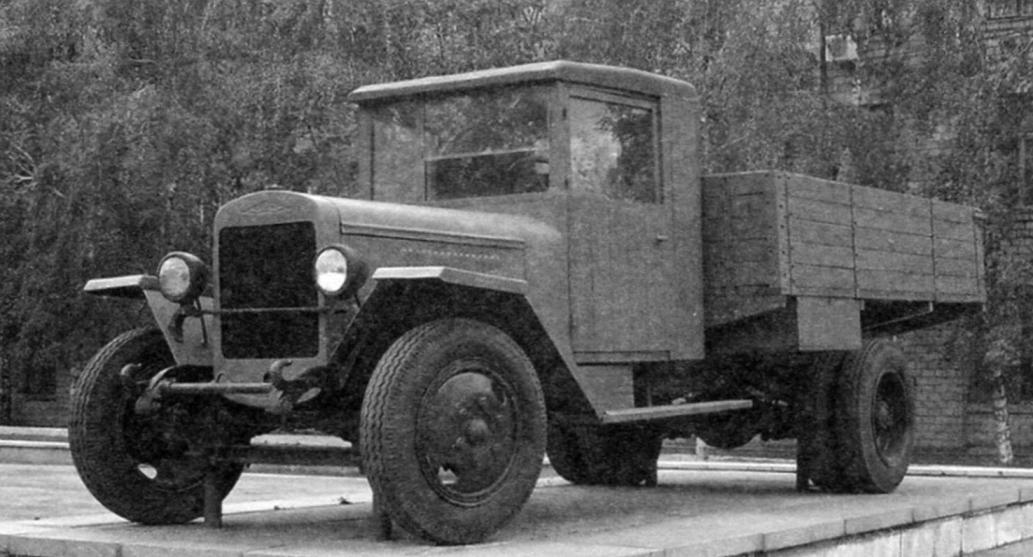 The legend of the Soviet automobile industry, the truck ZIS-5 takes its origin in the distant 1933, when he was upgraded, his predecessor, AMO-3. Then upgraded powerplant, increasing engine power and, as a consequence, the capacity of the machine.

ZIS-5 had a very tough engine. Another very valuable feature of the “three-ton” was the fact that almost all of its parts were of such proportions and dimensions that they cannot be damaged or break even under the rough and clumsy handling. Meant a lot for easy maintenance and repair easy car. He had only four and a half thousand parts, and its nodes can be disassembled and repaired with minimum use of special equipment and tools. “Techtone” turned out to be an indispensable machine to work in the prevailing conditions. The engine is easily started in cold weather, worked on any grade of gasoline. The car stood out a good cross and won the sympathy of drivers. He withstood the trials of the war, not just upgraded and was discontinued (the updated version of “Ural-355М”) only in 1963. Thus, if we start counting from AMO-2, this became almost legendary truck was in production for 33 years.
With the ZIS-5 had quite a few interesting pages of the biography of the Soviet car industry. It was the first domestic car which in 1936 began to buy abroad. When in 1941 fascists have approached to capital, Moscow, the plant had to evacuate in several towns, and a simplified version of the “three-ton” (ZIS-5V, that is, wartime) produced at the Ural automobile plant. But Moscow plant in 1942, resumed production of the same truck. During the war the ZIS-5 meekly took the gun and wounded, ammunition and food. He bore hard on the “Road of life” that ran from the Nazis besieged Leningrad on the ice of lake Ladoga, passed through the frosts and fire of Stalingrad, participated in the liberation from the fascist yoke of the European countries. 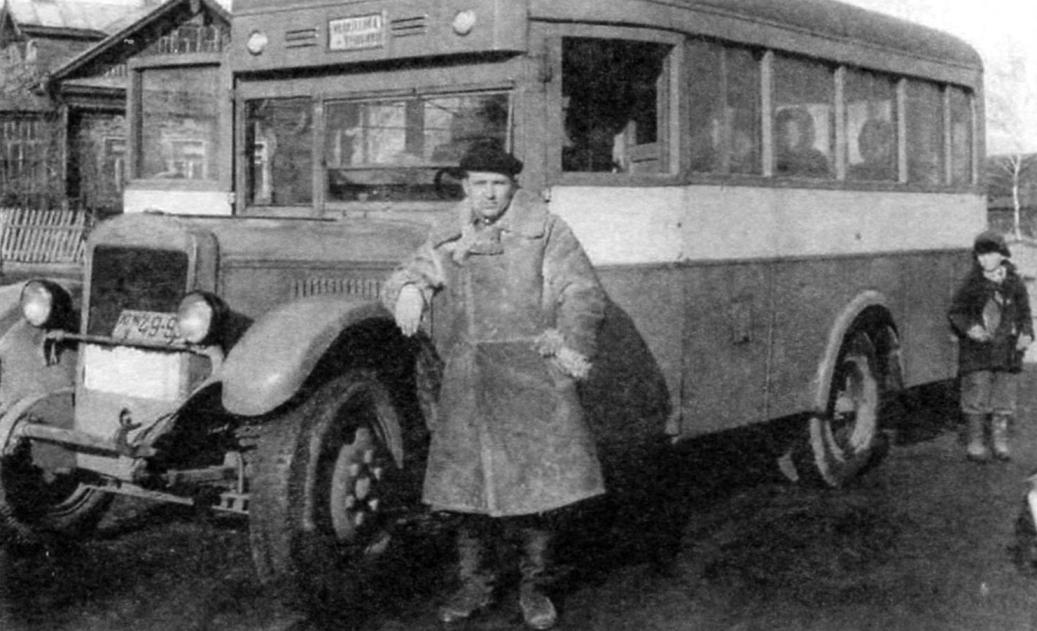 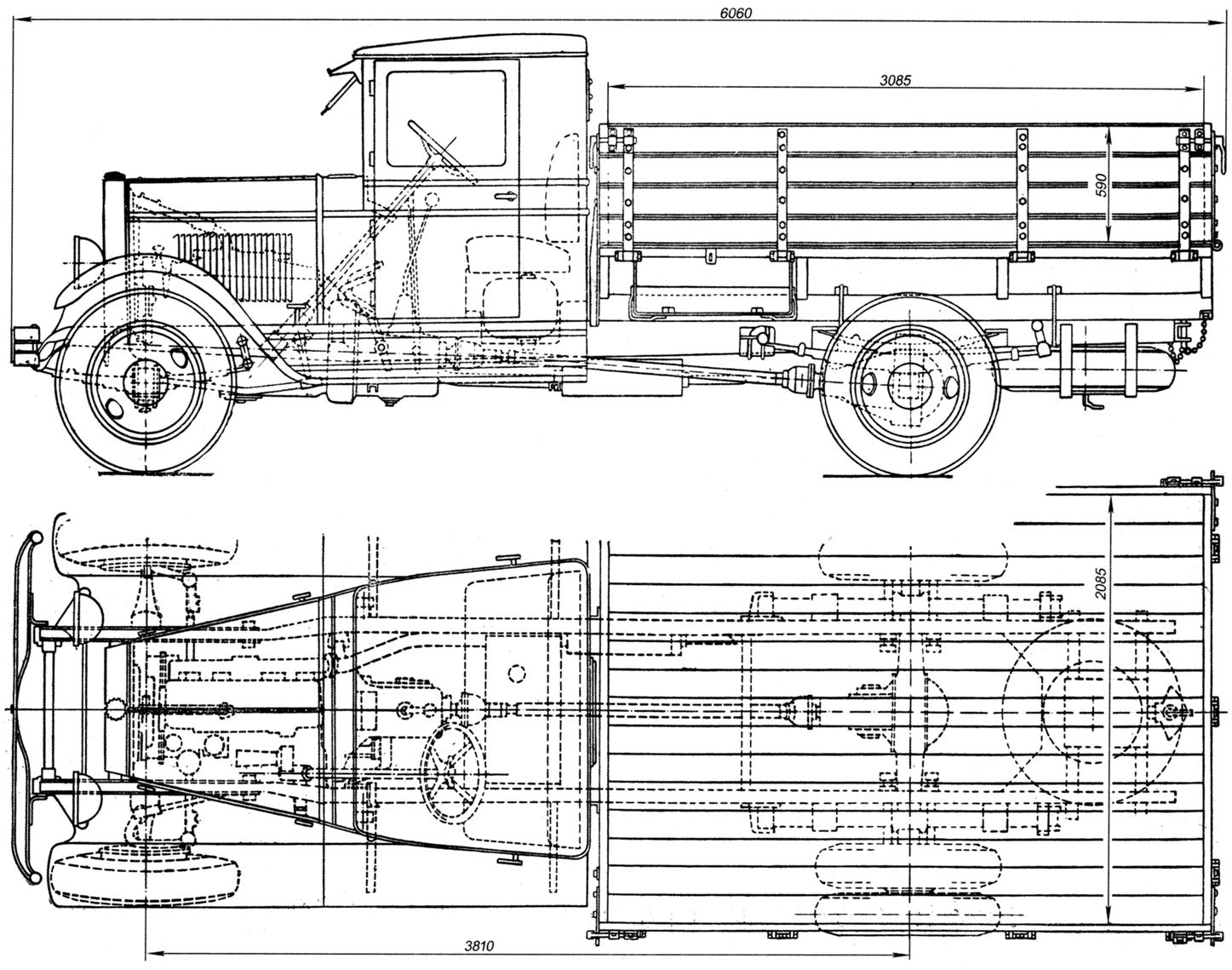 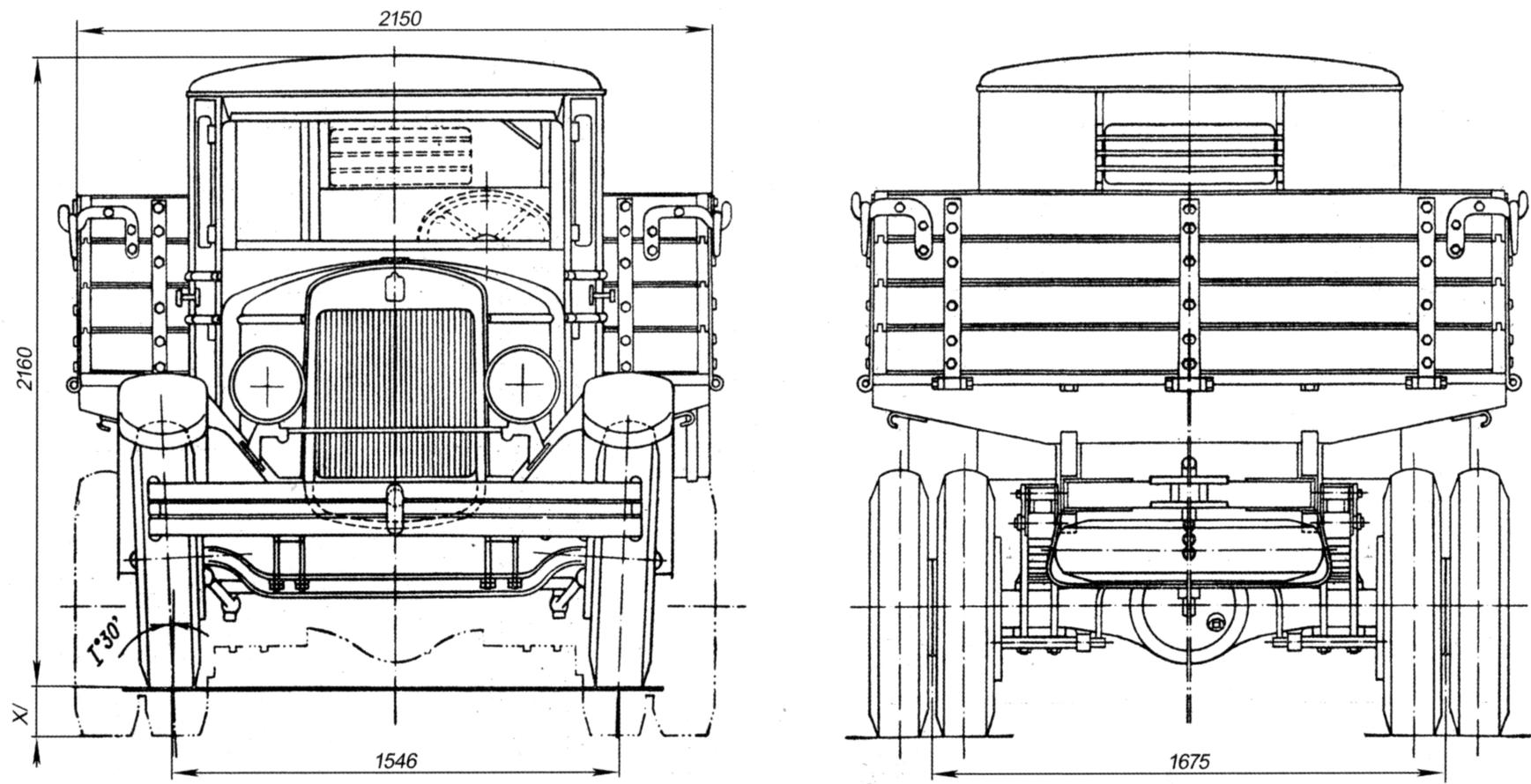 ZIS-5
XI size characterizes the inclination of the frame relative to the ground in the area between the axles with a load of about 50 mm, without load about 140 mm. In a drawing frame is shown horizontal, and the earth is curved, for easy lifting the dimensions of the body, which is parallel to the frame or located to it at a right angle
On the basis of “three-ton” was produced in many models and their modifications. Among them it is necessary to allocate all terrain vehicles – three-axle – the half-track and drive not only to rear but also to the front wheels. The first Katyusha rockets were mounted on three-axle chassis ZIS-6.
In parallel with the military branch developed a branch of civil. So, in 1933 there was a lengthened chassis of the ZIS-11 (it was used for fire vehicles), and three years later began the manufacture of gas machines. Fuel was provided by gas derived from wood chocks in gas generators. Based on the experience obtained with these models have been set up and the truck ZIS-30, the fuel for which served as liquefied methane or coal gas. The calorific value of this fuel is considerably higher than the gas generator.
Over time, the engine “three-ton” became more and more powerful (85 HP) appeared hydraulic brakes, in 1956 the car was found a rounded steering gear. Finally, from 1958 to 1963 produced “Ural-355М”. He was distinguished all-metal cabin GAZ-51, new wings, grille and bonnet.
At the Moscow factory of ZIS-5V lasted until 1946. To replace him came another truck – ZIS-150. It was a significant step forward. He had a five-speed transmission, air brakes and many other design differences. On the basis of his units were produced ZIS-151 with three axles, semi-trailer truck, dump truck, and cars working on liquefied and compressed gas. 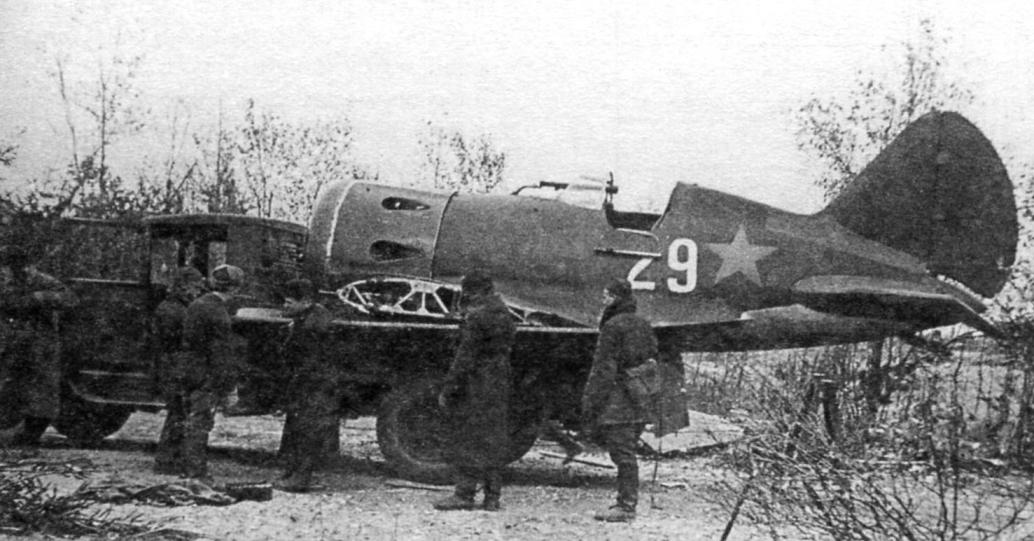 Evacuation-16 fighter from the scene of a forced landing 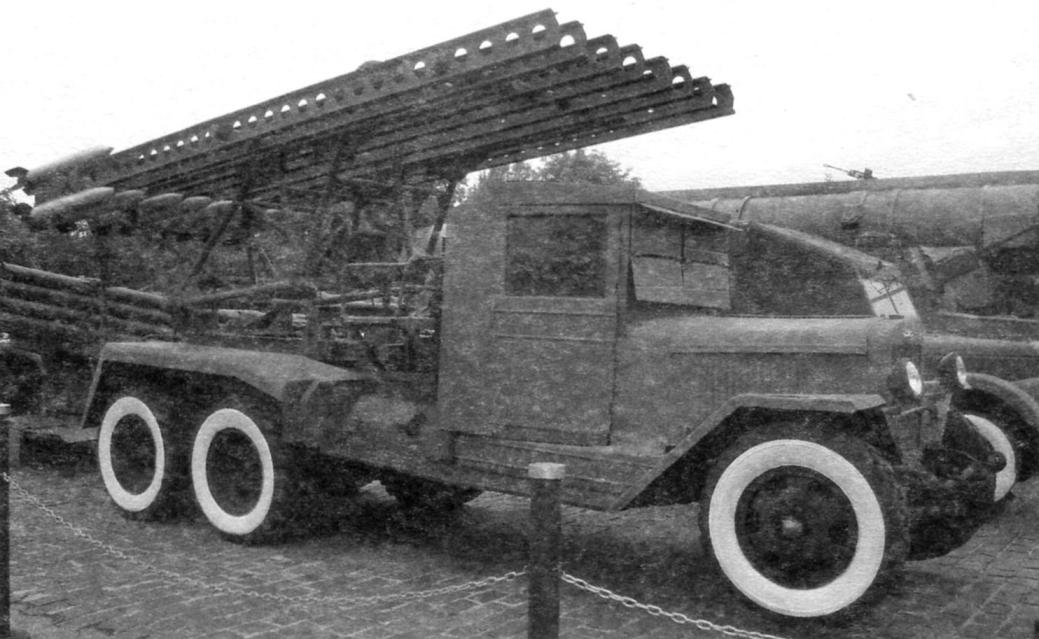 ZIS-150 – successor ZIS-5 on the pedestal in the Moscow suburb of Ivanteevka
Great family truck ZIS gave rise to two related lines. In 1951, Kutaisi was the production of “zisowsky” tractors and trucks. Almost simultaneously, the Mytishchi machine-building plant was build on the chassis received from the ZIS, dump trucks and trailers with truck tractors. In the mid-fifties years, the ZIS-150, a new “relatives”: in his sample were trucks built in China and Romania.
In 1957, the ZIS-150 was subjected to radical modernization, after which the car received index 164, and further 164А and 164АР. Externally these cars were slightly different from the ZIS-150, but had larger capacity engines and more advanced units. Since 1956, the plant was named after I. A. Likhachev, a long time has been its Director, all model received the designation of “ZIL”. Replaced the ZIS-151 came ZIL-157, equipped with single wheels and a system of centralized control of air pressure in the tires.
By 1965, the Likhachev automobile plant created a brand new basic model of the truck. She gave the beginning of the fourth generation of trucks this company. The first father, who was AMO-F15, lasted seven years. The second, which began with the AMO-2 and elaborated in the ZIS-5, as we already know, spanned three decades. The postwar generation of ZIS-150, the third, consisted of nearly twenty years. It retains on the most important unit-the engine – the continuity of the ZIS-5 and even “Forklift”; preserved inch dimensions of many parts, for example, starting with Hamo-2 until the ZIL-164А, but varied the size of the stroke is 114.3 mm, which is exactly 41/2 inches. Despite numerous improvements, this engine for 1965 is out of date. The transition to the new inevitably demanded reconstruction of other nodes, the entire car. And in 1965, stood up on the conveyor ZIL-130 with overhead valve eight-cylinder engine. Along with this model was produced modifications – 130G with an extended wheel base, tractor unit 130В1, dump MMP-555Г, ZIL-131 stirrup drive axles.
If you are interested in Lexus RX 2016 in Kiev suggest sky motors.
Ural plant produced in the early 1960-ies change “traitance” three-axis model of the terrain “Ural – 375”. At its base are also produced tractor and truck road type. The installed engines are manufactured at ZIL and the same with engines of models ZIL-130 and ZIL-131.
The ZIS-6 is characterized by the presence of the third axis and slightly increased radiator. At half-track ZIS-22, ZIS-42 rear wheels instead of caterpillar, the truck ZIS-10 instead of the platform – pornostjerne device. On cars pre-war output (before the evacuation of the plant in Ulyanovsk and the Urals) there was no cockpit canopy, bumper and front brakes, the splash guard foot pegs have been shortened.
Cabin ZIS-5V (and all its modifications the war and postwar period) are covered with wooden slats, the so-called “clapboard”; stamped wings replaced by an angular welded, and steel hinges, platform -wooden pillars; a large portion of vehicles produced with one (left) headlight, which was equipped with svetamaksimova drive. 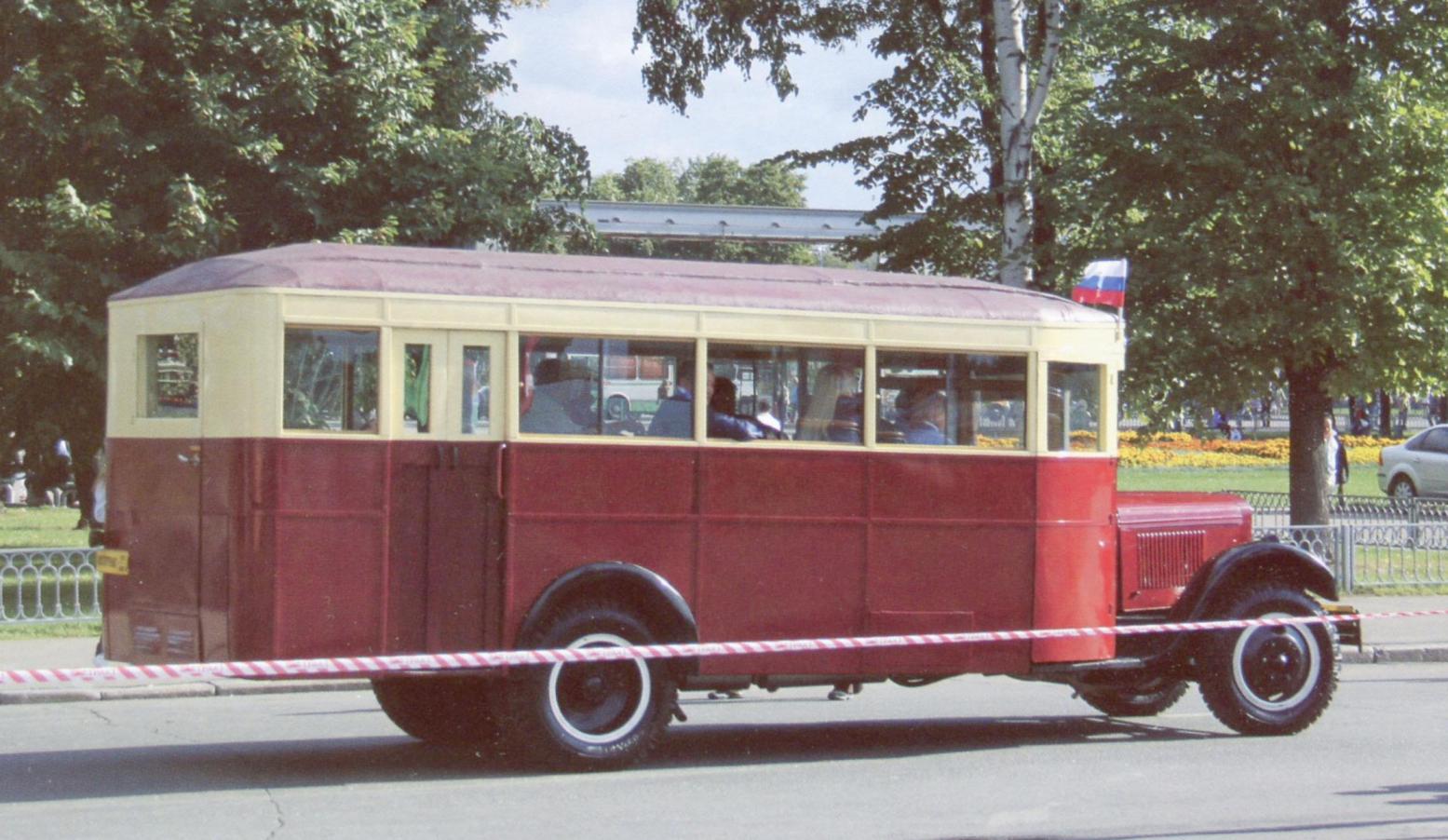 Bus ZIS-8 on the streets of Moscow
External details the main model of the ZIS-5 do not require much explanation -they are visible in the drawing. It is only necessary to draw the attention of the modeller on a new roof skin (differing in color and texture from painting the entire cabin), no horizontal curves in the area between the hood and the door, knurled foot pegs, projecting a steering wheel hub with the two shifters on it. The distinctive tread pattern of the tire protrusions and extend to the sidewall. A simple form of engine and other mechanisms (this is for those modelers who want to run the hood opening, and also to show the bottom chassis parts) schematically in the drawing. Inside the cabin don’t forget the wooden sills of the doors and the slats on the ceiling. Tail light single, is on the left.
Cars ZIS-5 were stained most often in a light protective-green including radiator grille and wings. Wheels, frame and all the gear mechanisms, and lights (except chrome rims) were black. Machines intended for export, dyed in beige color, and the grille, headlight housings, bumper and wheel nuts were chromasomal.
Y. DOLMATOVSKY candidate of technical Sciences, L. SHUGUROV, journalist