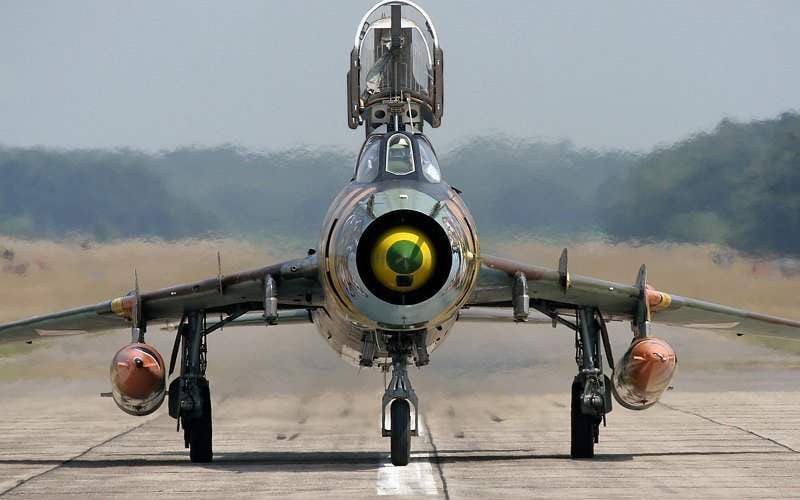 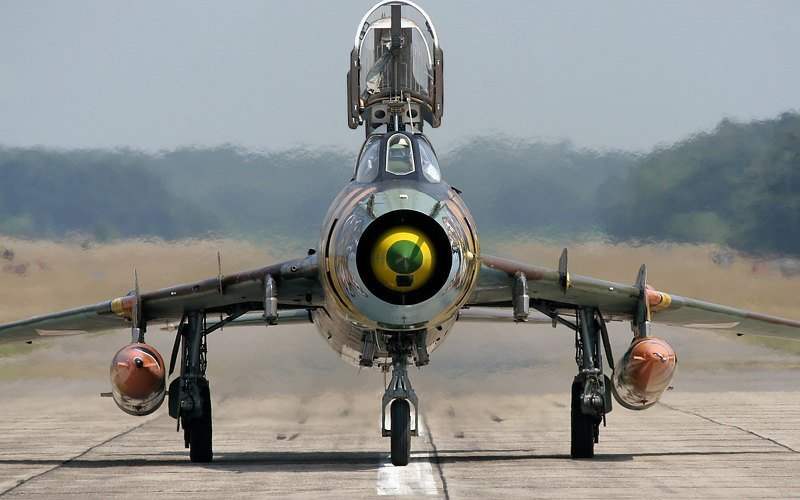 Projects and experienced first instances of jet aircraft with variable geometry wings appeared during the Second world war: in our country the project of this aircraft was developed V. V. Shevchenko and German company “Messerschmitt” even built experimental aircraft Р1101, which went to the Americans as a trophy. On the basis of the firm “bell” has created two pilot cars X-5, taking into account the requirements of the U.S. air force to the aircraft-attack aircraft. The first is constructed from X-5 first took to the air July 20, 1951 two years later, on may 19, 1953, in the United States flew another prototype aircraft with variable wing geometry — Jaguar XF10F-1, proposed by the Grumman American fleet. The tests confirmed a significant improvement in flight performance of the aircraft due to the wing using variable geometry, but the final results of flight tests were negative. And only eleven years later, on December 21, 1964, made the first flight of the aircraft with variable wing geometry XF-111A, designed by the firm “General dynamics”, accepted in 1967, the U.S. air force.

Not paid attention to the advantages of the movable wing and British aircraft designers: in 1950 -1958. firm “Vickers-Armstrong” was developed by the original project supersonic , bomber “, Swalow”. The results of these studies were analyzed by Soviet specialists. In 1961 the Chairman of the State Committee for aviation technology P. V. Dementyev has informed the Deputy Chairman of the Council of Ministers D. F. Ustinov: “According to Your instructions, I report the conclusion of TSAGI (Central Aerohydrodynamic Institute named after N. E.Zhukovsky) about the supersonic aircraft with in flight variable geometry wings (“, Solo” company “Vickers”)…
Assessment conducted in TSAGI, showed that this arrangement represents a large structural complexity of modern flight speeds… Except the technical difficulties of creating a wing with variable sweep, it has a number of other shortcomings — a significant deterioration of stability and controllability of the aircraft, which will change not only in connection with a shift of the mean aerodynamic chord of the wing due to its rotation. Calculations carried out at TSAGI showed that this deterioration will be 2 — 3 times greater than flying a conventional circuit, leading, respectively, to large losses in lift and as…”
TSAGI not only analyze foreign developments, but led the search for optimal aerodynamic configuration of the wing variable geometry, which would allow to minimize the inherent weaknesses.
Scientists have discovered the effect, allowing you to save the focus position of the wing is virtually unchanged when you change its sweep: it was observed in the wing with a strong influx in the root part and the location of the axis of rotation of the console in a certain place. TSAGI has actively promoted the results of their research aircraft OKB. The suggestion of Professor p. P. krasilschikov was supported by P. O. Sukhoi in may 1965 OKB, jointly with the TSAGI started to develop experimental plane s-22I or su-7ИГ (variable geometry). In the experimental machine was not turned all the console, but only its outer part, located behind the main landing gear. This arrangement of wing improved takeoff and landing characteristics and the increase of aerodynamic quality on subsonic modes of flight. The choice of the su-7B as the prototype for the pilot of the machine was justified: this is the only serial supersonic front-line fighter with swept wings were produced in large quantities and, if successful, the machine appeared second wind: a relatively inexpensive upgrade of the wing turned it into a multi-mode aircraft. 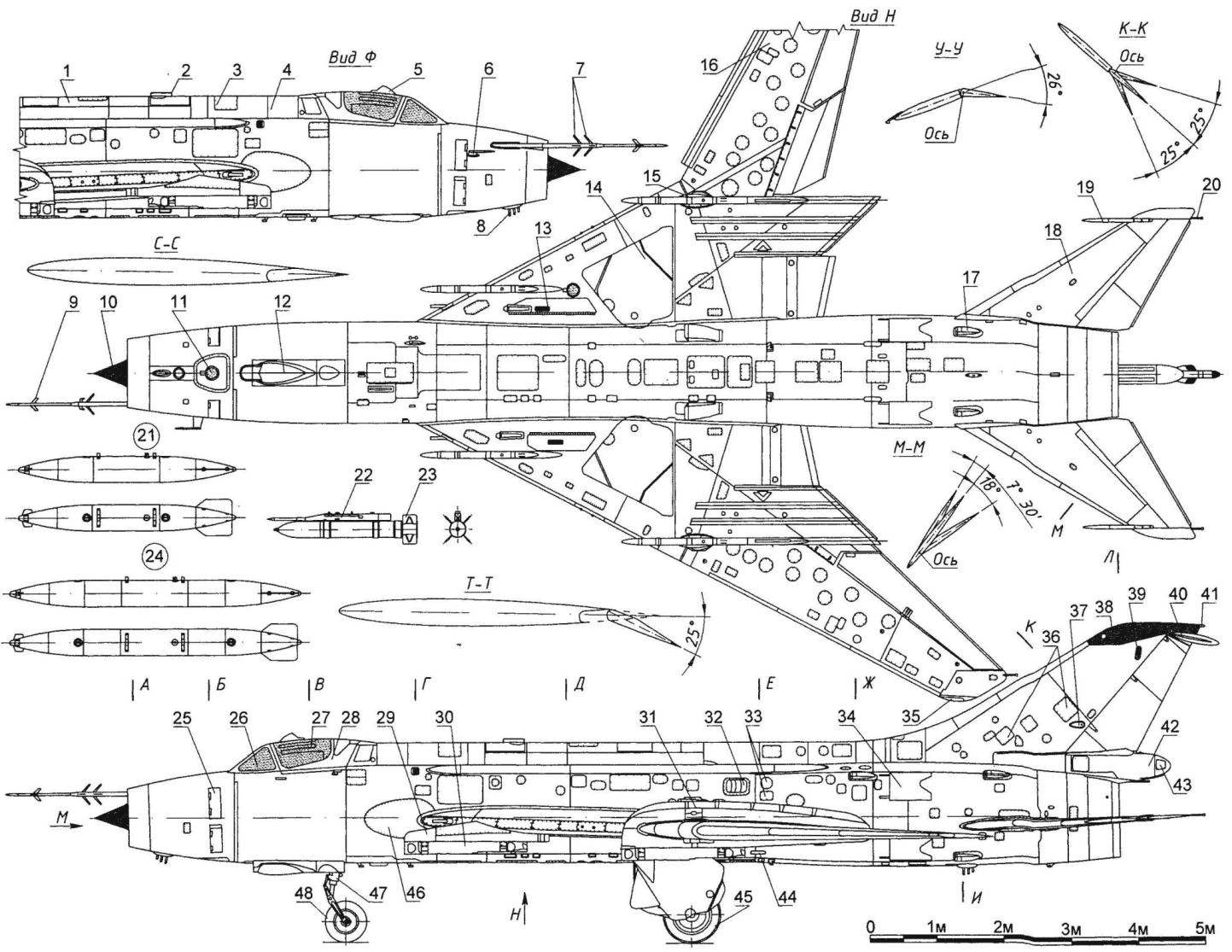 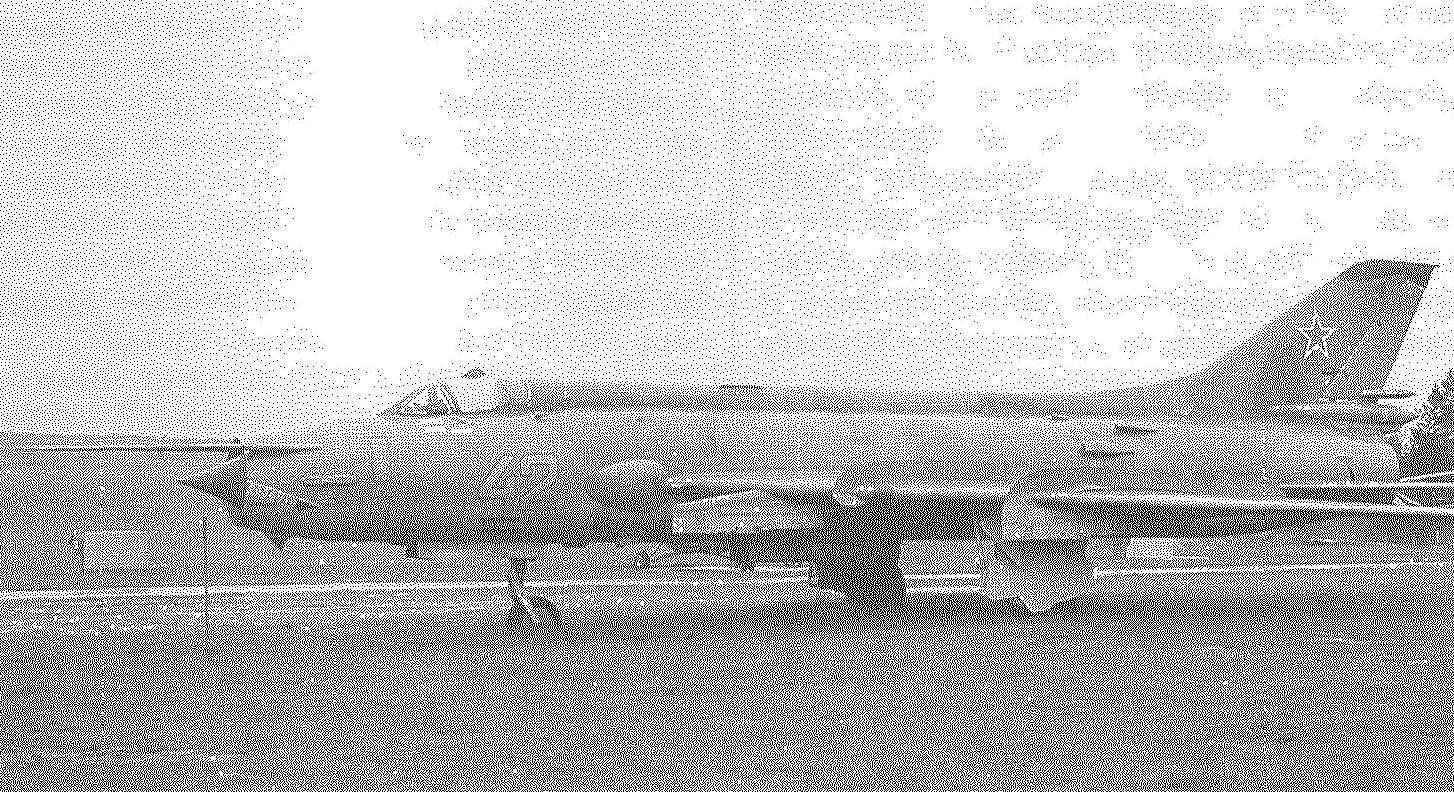 Su-17M — further development of the su-17
In the first series of the su-17 for firing the cannons and launch of NARS at ground and air targets, and when the dive bombing was used sight ASP-PF-B-7, working together with DME SRD-5M located under the radio waves cone intake and served to determine the range to air targets, regardless of visibility. Subsequently, ASP-PF-B-7 was replaced with the same size, but a better sight ASP-PF-7.
After the rearmament aircraft missiles X-23 rangefinder SRD-5M ranging from 23-th plane 89 series, removed by replacing it with the guidance equipment “Delta-H”, which with time was replaced by a modernized semiconductor “Delta-NM”. Two missiles X-23 hung on starting devices APU-68У on external pylons nchk, the same APU was used for rockets S-24. Button missile X-23 — joystick placed on the aircraft control stick instead of the button on autopilot.
Constant refinement of the su-17 has led to the increase of the structural mass production aircraft with the 9950 kg to 10 090 kg, which had a negative impact on lesotekhnicheskij characteristics of the machine. Therefore, in 1970 it was a joint decision of map and the air force to modify the C-32 (su-17), equipping it with more powerful modern and economical single-circuit turbojet engine, developed in OKB A. M. Lyulki for the su-24. In the original documentation the upgraded aircraft were designated C-32M.
Until 1973 in Komsomolsk-on-Amur issued a 225 su-17. The last two years it was made in parallel with the su-17M — name-32M received after adopting.
In 1972, the Arab Republic of Egypt has purchased in the USSR 16 su-17 that was used in the Arab-Israeli war in October 1973, it Trained Egyptian pilots were carried out by Soviet instructors in the training center at the airbase, Belbeis, which was based on the 202-I, 204-I fighter-bomber air brigade, Egyptian air force, armed with su-7БМК and su-7УМК.
After the Soviet invasion in Afghanistan at the air base in Sochi in January 1980 landed the su-17 two squadrons of the 217th regiment of fighter-bombers of the Kyzyl-Arvat. In the spring they took part in the fighting, during which was manifested a number of shortcomings typical for the su-17: the small thrust during takeoff in hot weather, with the high mountain airfield, a limited supply of fuel and narrow set of weapons. Therefore, the command of these machines was soon replaced by the su-17M3, which compared favourably with the characteristics, level of equipment and weapons. In addition, the pilots before being sent to Afghanistan have passed additional training, taking into account the peculiarities of operations in that country. Operation of the su-17 the line regiments of the Soviet air force continued until the mid-1980s.
Characteristics of the fighter-bomber su-17
Wing span, m:
with minimal sweep angle…….Of 13.68
when the maximum angle of sweep…. 10,025
The length of the plane with LDPE, m…………………………..18,097
The length of the plane without LDPE, m…………………………15,87
The height of the parked aircraft, m…………………….4,962
Wing area, m2:
with minimal sweep angle…….38,49
when the maximum angle of sweep……Accounting period by 34.45
Weight of empty aircraft, kg…………………………..9950
Capacity internal fuel tanks, l………3400
Maximum takeoff weight, kg……………….16 270
Maximum payload weight, kg……..2500
Maximum speed
at H = 11 km, the number of M……………………………………..2,1
The speed of separation
when the angle of wing sweep 30°,
off. precr. 10°, with vzl. 16 weight 270 kg……..350
The length of the runway 16 weight 270 kg, m…………….1250
Landing speed with the slats and flaps,
rejected at an angle of 30°, km/h……………………..275
The length of the path (with braking parachute), m…..700
The ceiling
without the suspensions the fast and the furious, m………………………..16 350
The practical range
at cruising altitude with the PTB, km……………………193