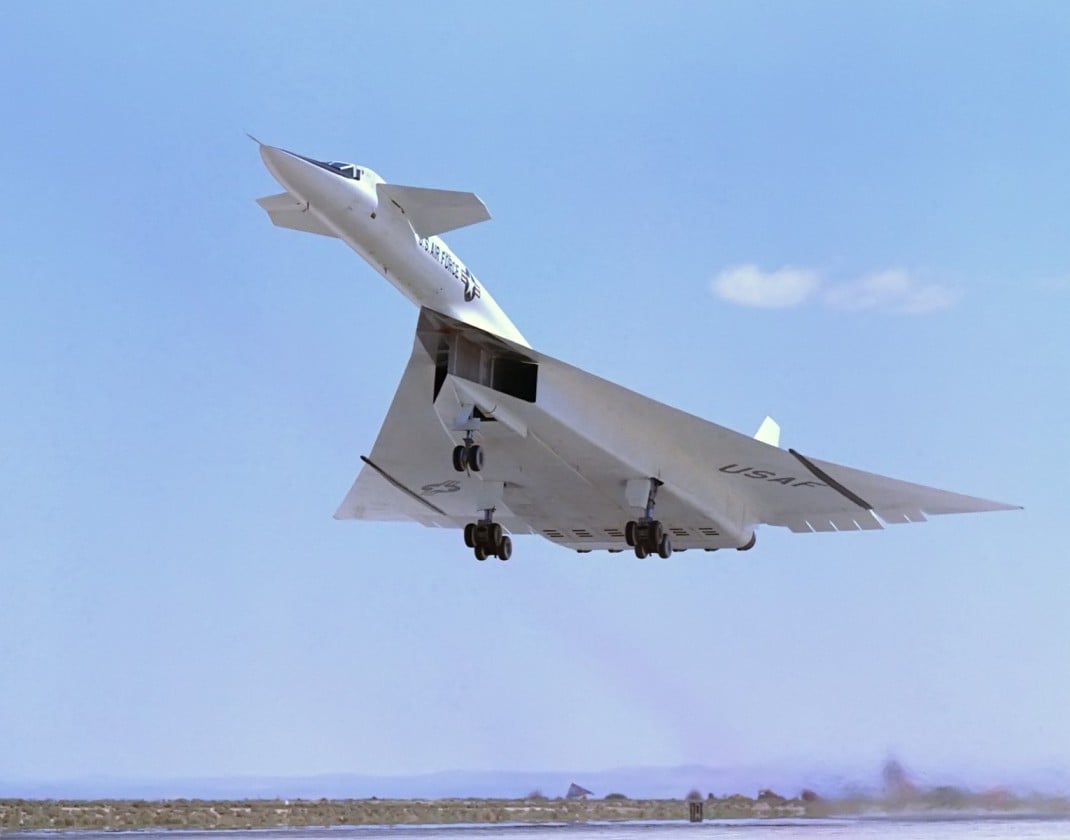 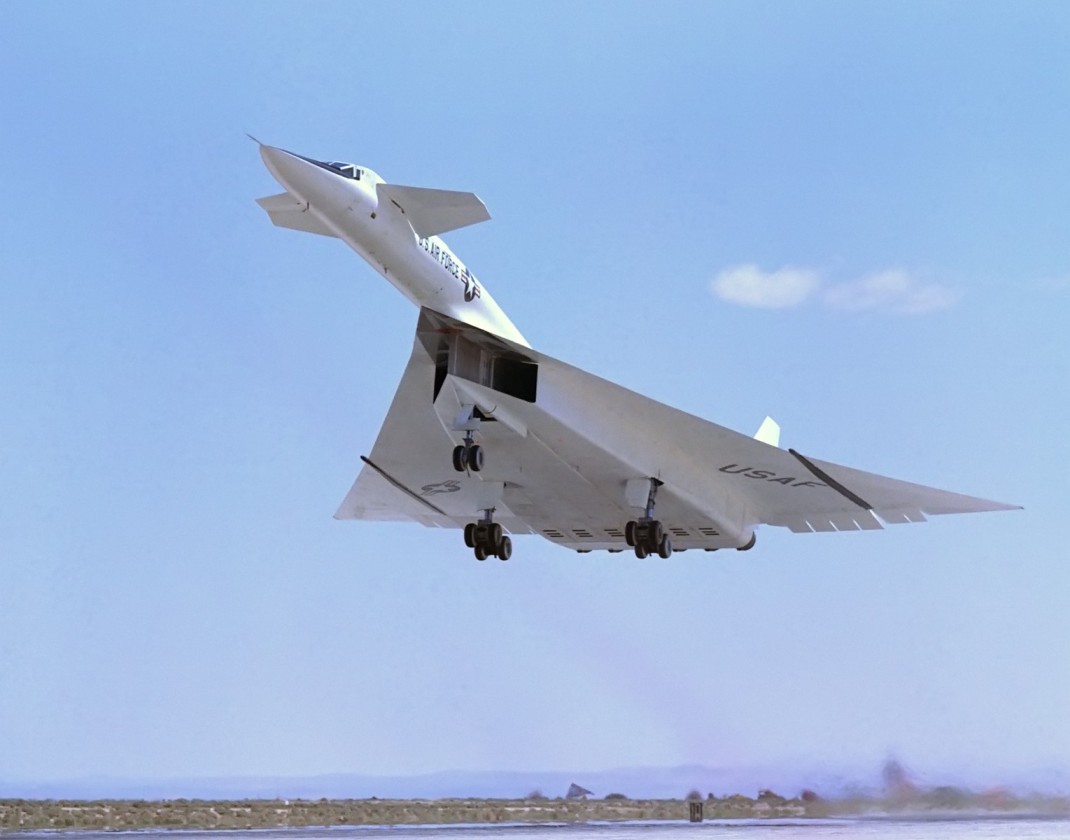 The emergence of Soviet antiaircraft missiles and supersonic interceptors questioned the possibility of achieving targets in the depth of USSR subsonic bombers. Therefore, in 1954, the U.S. air force gave Convair a firm order for building the supersonic b-58. With European bases, these aircraft were the first to invade Soviet airspace and strike at key air defense sites, opening the way for the heavy b-52. However, the strategic air command is not too low in relation to the b-58 because the aircraft without additional fuel had a small range (about 1500 km), and frequent accidents thoroughly undermined his reputation.
At the end of 1954, the commander of the strategic air force, U.S. air force General Le may has applied to the Ministry of defence with the request to consider the creation of another aircraft to fully replace the b-58, with a flight range without refueling in the air for at least 11 000 km and a speed corresponding to the number M = 3*. Such aircraft, for operation of which would fit the existing airfields and facilities, planned to be armed with the U.S. air force from 1965 to 1975.
By order of Lemay the U.S. air force has produced a document COR No. 38 — “a Common tactical requirements for a manned bomber Intercontinental bomber weapon system”. After some time there appeared another document, in which the aircraft project was given the designation WS-110A “Weapon System 110A”. Diagram of combat use of the bombers was approaching the target at very high altitude at a speed corresponding to the number M = 2, increase it to M = 3 in the target area. Then followed the attack of the object guided missile of class “air — land” with nuclear warheads tion, after which the bomber had a maximum speed removed from the target area.
At the suggestion established in April 1955 in Litovskom research center group to study ways of implementing these requirements, the chief of staff of the U.S. air force ordered the development of the project WS-110A on a competitive basis among the six American firms. The main condition of victory in the competition was to achieve the maximum possible height and speed of flight over the target. Deliveries of production aircraft to the strategic air command scheduled to start in 1963.

The company introduced the air force its proposals in October 1955. Next month companies Boeing and North American have issued orders to conduct the design studies of the aircraft. It should be recalled that at that time due to large fuel consumption, long flights at supersonic speed styles limited the variety of supply of fuel. Therefore, both project included the creation of an aircraft for WS-110A with a huge size and weight.

Thus, the firm North American designed a 340-ton aircraft with a wing composed of a trapezoidal center section and a pair of consoles with a reverse sweep. In the area of their dock located fuel tanks, holding 86 tons of fuel and provide Intercontinental range with a large subsonic speeds. The target console with the tanks were dropped, and the plane to throw to the target and follow-up care was accelerated to the speed corresponding to the number M = 2,3.
About this project the General Le may sarcastically remarked: “It is not a plane, and a flight of three aircraft.” To all, to maintain such a huge bomber using existing airfields and ground equipment was impossible. Both of the presented project was rejected, and shortly thereafter the development of a weapon system WS-110A limited only to research the possibility of creating such an aircraft.
In 1957, Boeing and North American submitted a new project proposal for WS-110A. Independently from each other, they came to the conclusion that using high-calorie synthetic fuels can achieve supersonic cruise flight speed without the need for exotic layouts. In addition, the development of the theory of flight have significantly improved aerodynamic quality heavy machines that reduced the amount of fuel needed to achieve Intercontinental range flight at high speed.
In studies of particularly successful firm North American decided to use in your project new principle of increasing lift force developed by NASA. She held a series of wind tunnel, in which it was found that aerodynamic efficiency is significantly increased due to the additional lifting force created by the shock wave. Based on this principle, very similar to the effect of planing speedboats on the redan, it is possible to create an aircraft that meets the requirements of the air force, regardless of the type of fuel used.
In the late summer of 1957, the U.S. air force, intrigued by these results, to extend the program of research so that firms have presented projects with a description of the main systems. After evaluation of works by the specialists of the air force in December 1957 there was a preference for project bomber XB-70 VALKYRIE (“Valkyrie”) of North American, which signed a contract for the construction of 62 aircraft: 12 experimental and pre-production and 50 directly to the air force. In parallel entered into with General Electric company a contract for the J93 engine, capable of working both on conventional and synthetic fuels. The entire program was estimated at 3.3 billion dollars.
Part of the necessary scientific research was planned in the framework of the test range interceptor F-108 “rapier” with the same engines J93, which could reach the speed of 3200 km/h and was armed with three guided missiles with nuclear warheads. The radius of the F-108 over 1600 km and ferry range of the aircraft reached 4,000 km. “Rapier” was intended to protect strategic assets from Soviet bombers, similar to “Valkyrie”, whose appearance on the arms of the Union are not forced to wait long in the case of acceptance-70 on Board. 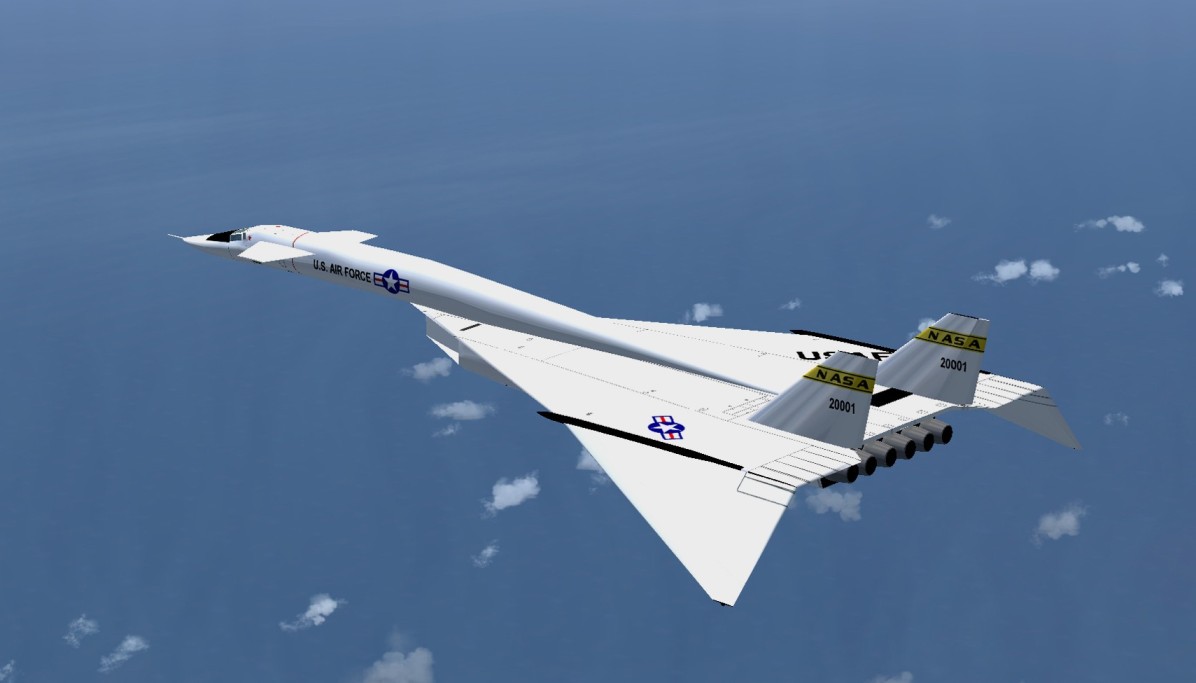 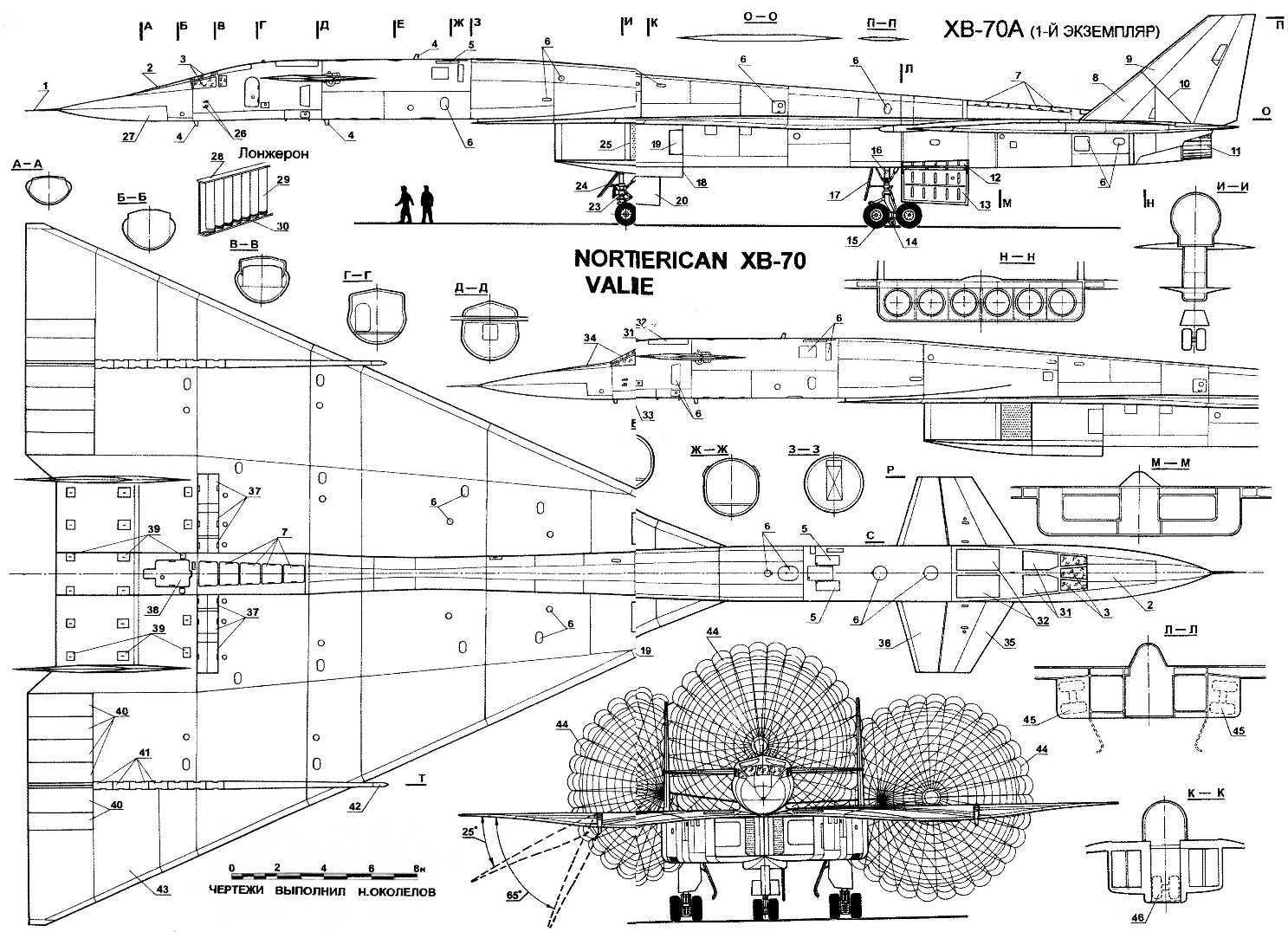 Dry weight of the aircraft the XB-70 was 68 T. Design forward fuselage with a length of about 18 m was a siding with reinforcing elements. For its production used items with a total mass of 5440 kg of the three brands of titanium alloys; in particular, for plating was applied sheets of titanium alloy with a thickness of from 0.75 to 1.78 mm. This choice of materials stems from the fact that the cladding temperature in flight could reach 220-260 °C.