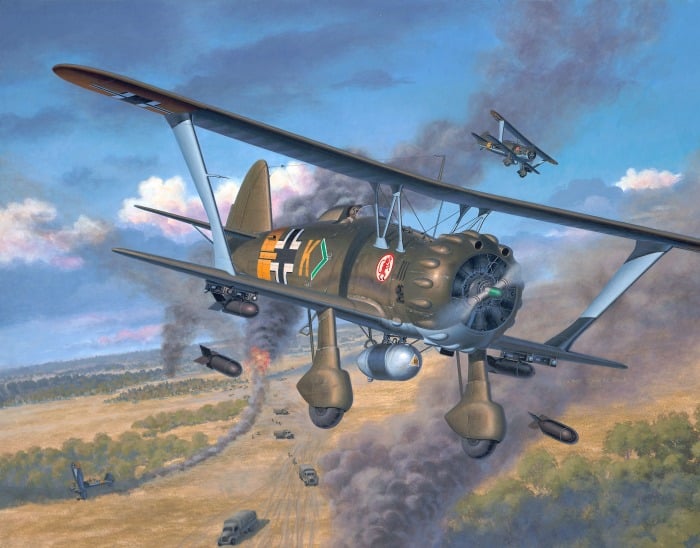 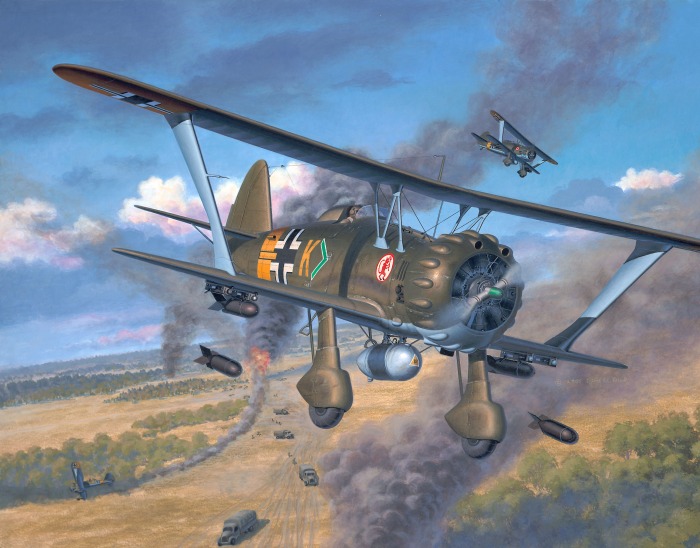 Dive bomber, the Hs-123. After the First world war power aviation enterprises in Germany decreased significantly. The restrictions imposed by the Versailles Treaty, in fact, deprived the country of military aviation. However, already in the twenties of Germany gradually started the construction of its air force — the future of the Luftwaffe.

It was during this period in many of the leading aviation powers began to gain popularity, the concept of a high-speed dive bomber. A great supporter and promoter of the techniques high-speed dive was ACE of the First world war, E. Udet. During his stay in USA he got acquainted with the aircraft Curtiss Hawk-2, and even did a few flights. The machine produced a big impression on him, and at the personal insistence of E. Udet the Germans acquired two of these aircraft. During flight tests, which were attended by Udet himself had laid down the main requirements for the aircraft of a new class — easy dive-bombers.
The main task of these aircraft was considered the destruction of targets in the vicinity of the front line, and support armored and mechanized units during the onslaught. The assignment stipulated that the aircraft should be all-metal and able to carry bombs from a steep dive. Small-aircraft armament of two 7.92 mm.
MG17 machine gun with an ammunition load of 500 rounds per gun. On the bomb racks provided for the suspension of one 250-kg bombs and eight 50 kg bombs or one 500-kg or four 50-kg bombs.
To create competition and choice the most successful design the task to design a new aircraft instructed two different firms Fisler and Henschel.
Firm Fisler presented classic biplane Fi-98 rather conservative design with 9-cylinder air-cooled engine BMW 132A-3. But already the first test flight, it became clear that the plane is obsolete and run it in series it is impossible.
The aircraft submitted for the competition, the firm Henschel, was more interesting. The engineers at F. Niklaus, and E. Koch managed to create an entirely new car advanced for its time design.
Building experimental image Hs-123V-l finished in early 1935, and on 8 may, the aircraft made its first flight. On the second prototype aircraft Hs-123V-2 established the American engine is air-cooled Wright Cyclone, closing a smooth circular cone.
The plane was a single-strut biplane with no braces, h braces. Design it completely duralumin. On the Hs-123V-2 installed a nine-cylinder air-cooled BMW 132A with a power of 725 HP at 2050 Rev/min, closed quick detachable ring cowl-fairing. The necessary rigidity of the wing box was provided by only one of the profiled strut. The upper wing was attached to the fuselage by two N-shaped struts. On the right wing strut mounted Pitot tube. Landing gear was attached to the lower wing.
Hs-123V-3 differed from his two predecessors installing two-bladed three-bladed VISH instead of type Standard. Missile armament consisted of two 7,92-Milli-meter machine guns MG.
The initial phase of testing the three prototypes ended in disaster: two cars were destroyed due to the deformation of the upper wing overload at the conclusion of a dive; pilots died. To exclude such cases, experimental Hs-123V-4 was reinforced in the middle part of the wing and stabilizer, and instead of supporting his bottom braces installed reinforced struts.
The tests confirmed the feasibility of design changes. Hs-123V-4 confidently dived with angles greater than 80 degrees, and the conclusion of a dive did not cause the pilot any difficulties.
Supply serial Hs-123A-1 in combat units of the Luftwaffe began in the summer of 1936. Production machines differed from the experienced Hs-123V-4 engine BMW-132D takeoff power 880 HP
The launch of a series of aircraft has not prevented the company to continue to experiment with prototypes. In the autumn of 1936, was built by an experienced Hs-123V-5 with a 910 HP BMW 132J. The following the experienced Hs-123V-6 like the option of V-5, but had a closed cockpit with sliding the lamp back and was supposed to be a pre-production sample of a new modification of HS-123C.
The latest prototype of the Hs-123 — option V-7 was released in early 1937 with the new motor BMW 132K.
The first pre-production aircraft A-0 built in June 1936, and in August came off the Assembly line And the serial-2. The production of these aircraft continued until the end of 1938. During this time the building stood 270 machines.
The first division of dive bombers as part of the Luftwaffe became the experimental group Fliegergruppe Schwerin, the official date of which is October 1, 1935. On the basis of this part and began forming Stukagruppe “Immelmann” and the arms of her first HS-123A.
The unfolding civil war in Spain gave the command of the Luftwaffe a great opportunity to test in combat new samples of aviation equipment. Colonel V. Richthofen, was appointed chief of staff of the Legion Kondor, demanded its formation among other models of aircraft and dive bombers HS-123A. In December 1936, five HS-123A was taken to Seville, where they became part of the squadron VJ/88.
Baptism of these aircraft took place in the sky over Malaga. Relationship with the land was absent, ground unit in whose interests acted the aircraft was not able to specify the target for the attack. In the advanced parts fit a white cloth, pointing to the location of the enemy. But such a “relationship” couldn’t work efficiently, and to a greater extent aircraft used the tactic of free hunting.
Later, the Germans took into account the experience of Spain, and in the battles of world war II advanced parts of the Wehrmacht had the air controllers whose task was a challenge and guidance for the purpose of attack aircraft and bombers. 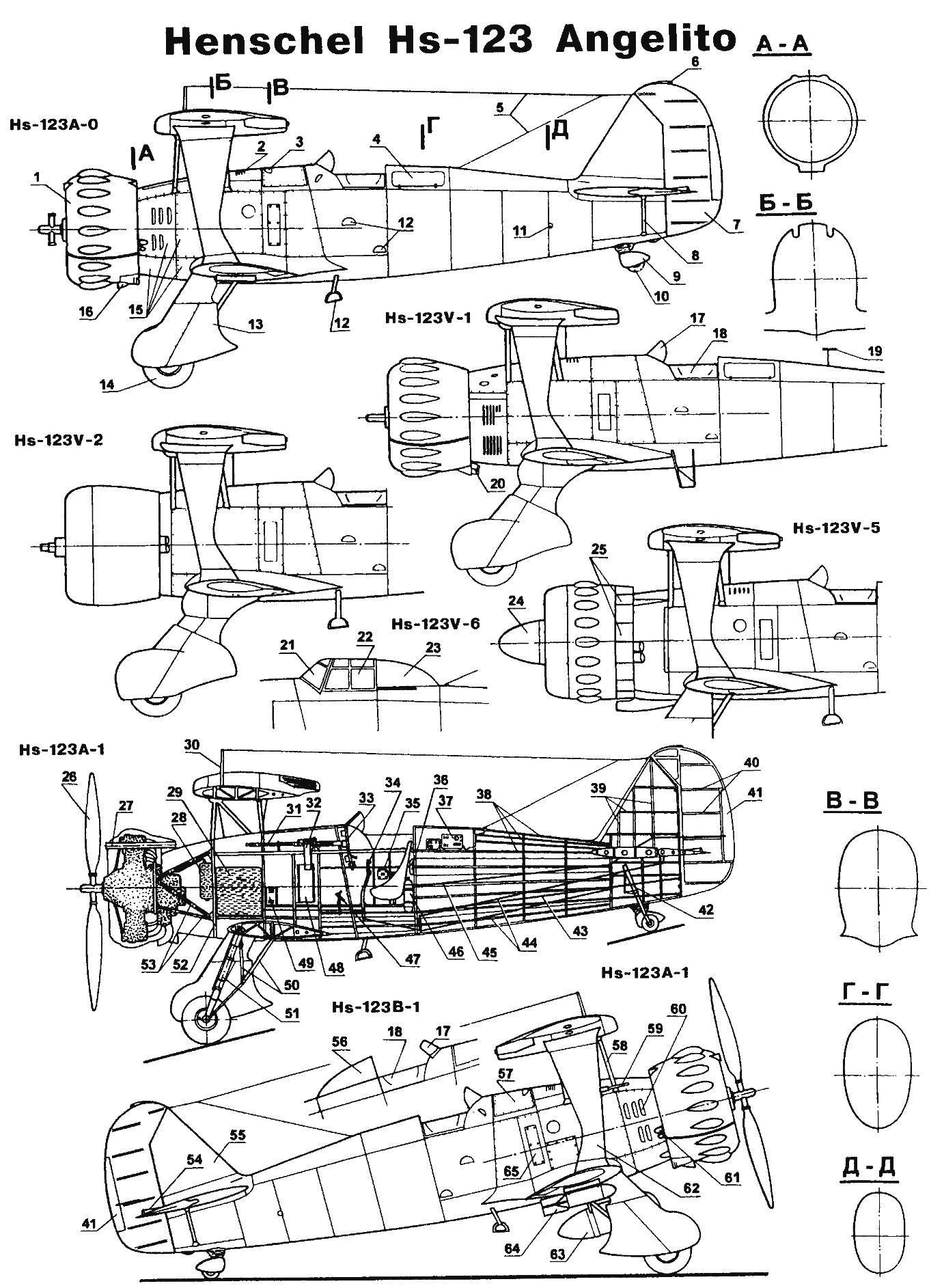 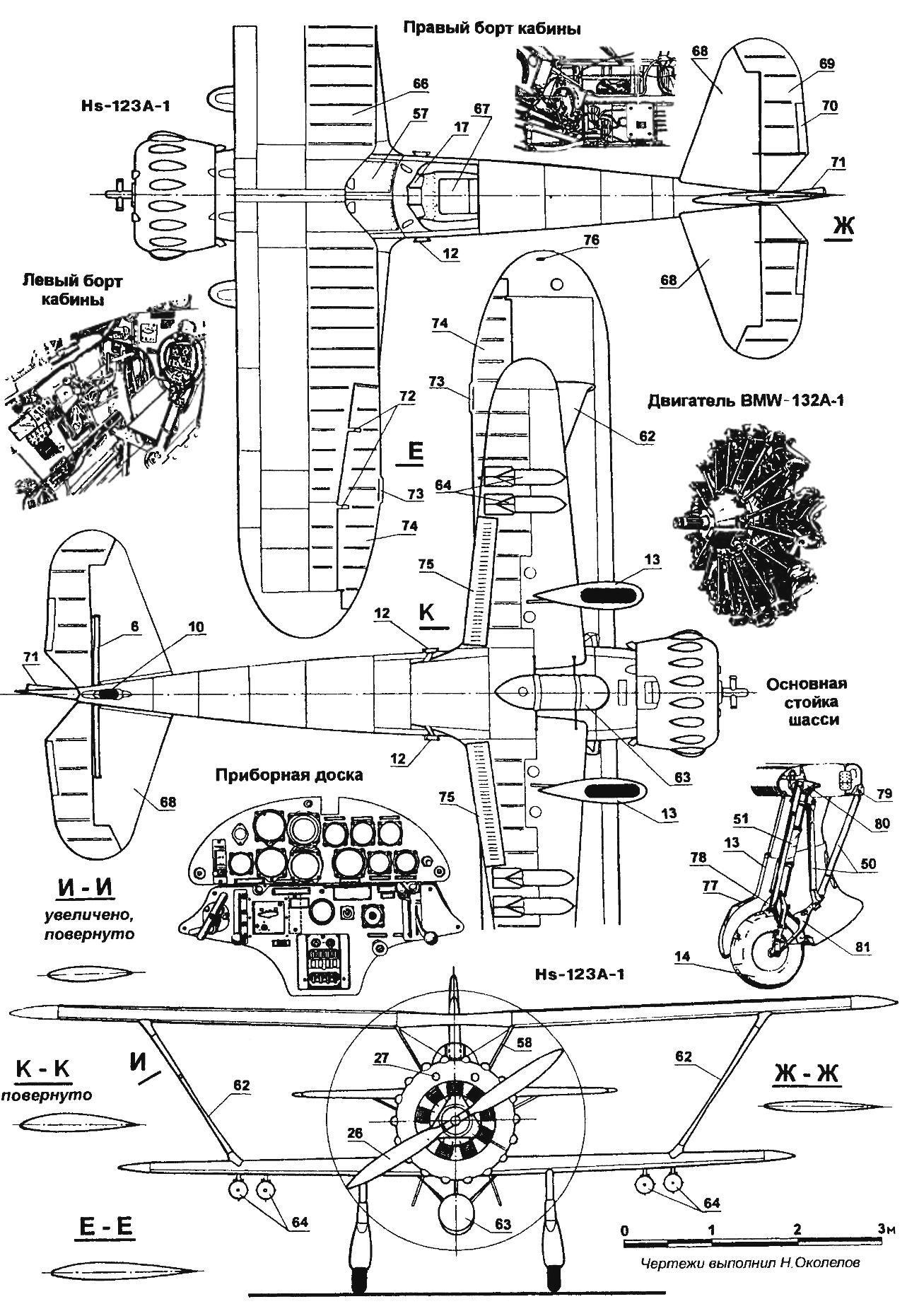 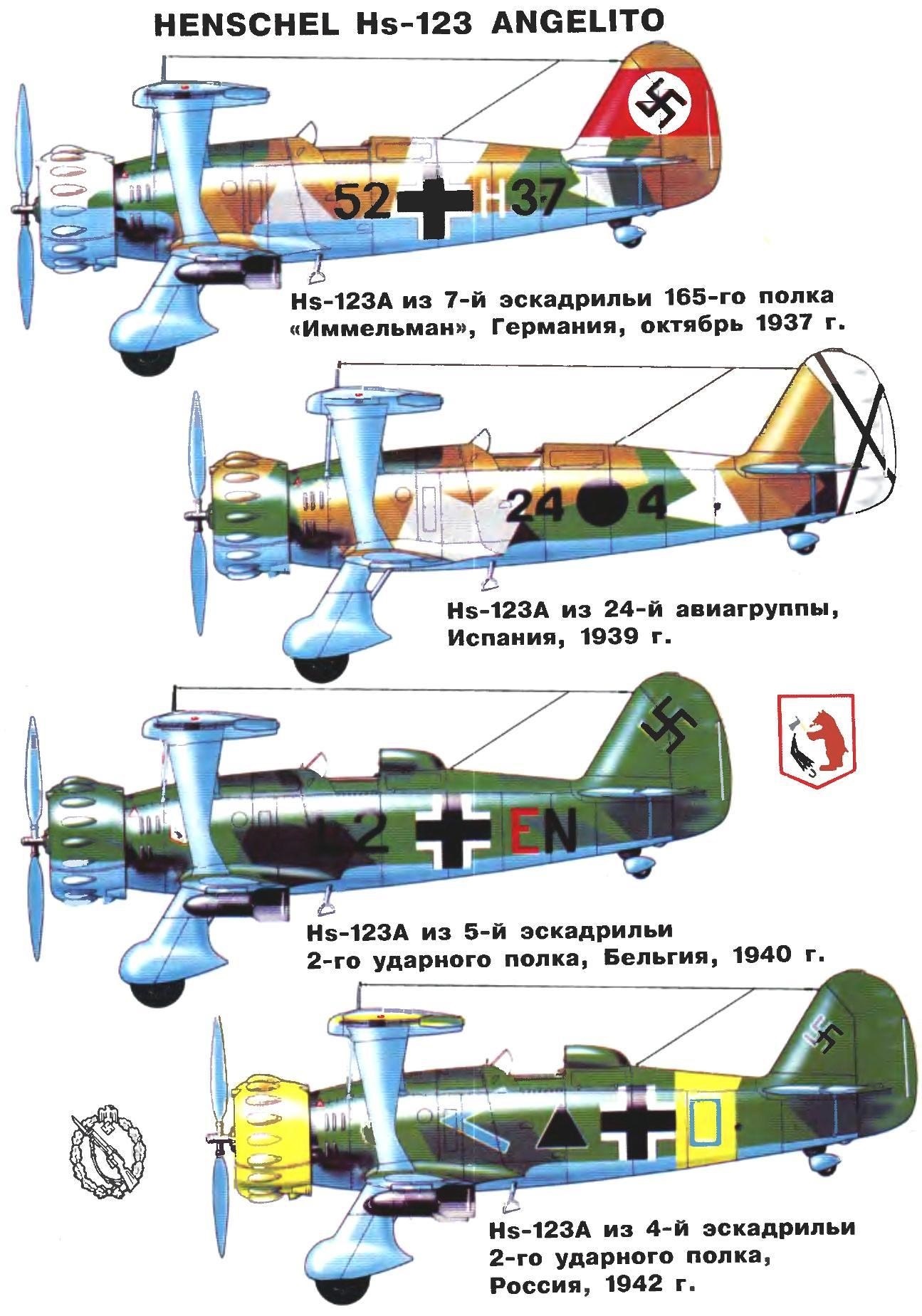