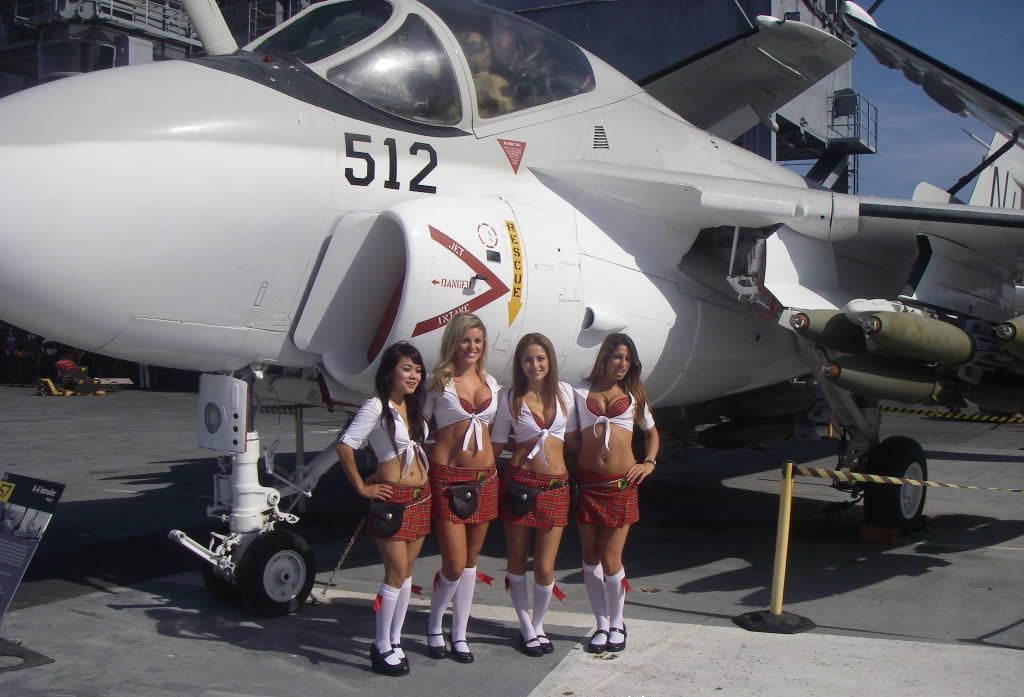 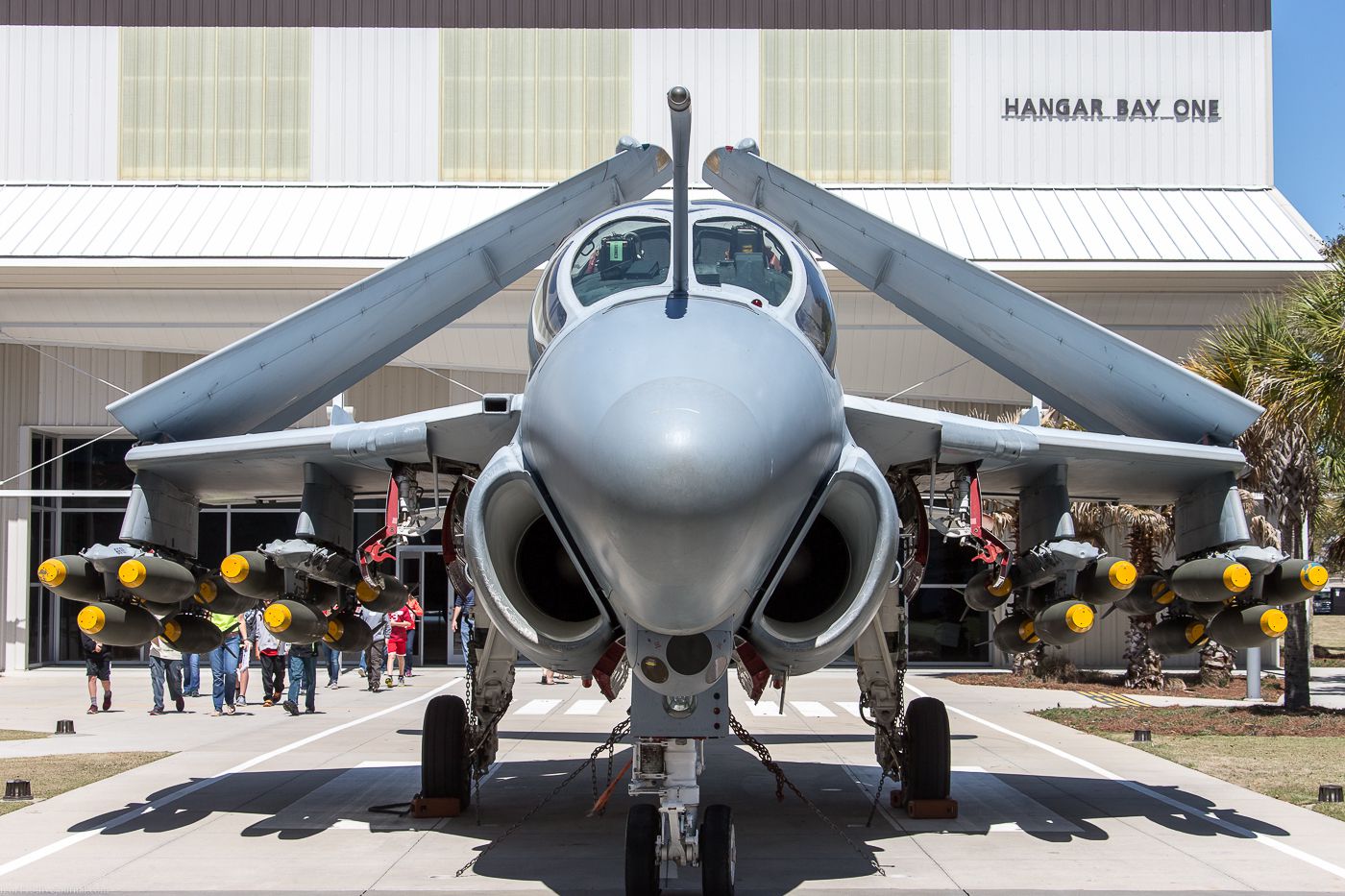 After the Korean war, American experts came to the conclusion that the piston attack aircraft is completely outdated. That is why the leadership of the U.S. Navy approached several companies with a proposal to design a new drum machine. An order to develop an all-weather jet carrier-based attack aircraft was issued in 1956, just a year, was declared the winner of the contest became a firm Grumman, submitting the G-128.
Prototype, dubbed А2F-1, made its first flight in February 1960. Interestingly, for reduction of takeoff the aircraft was equipped with rotating nozzles, however, the launch of a series of complex turning mechanism to set not steels, and the nozzle was fixed rejected by seven degrees down.
Serial production of the new machine began in 1963. The aircraft is equipped with equipment for in-flight refueling, airborne radar antenna of large diameter, a digital navigation system and weapon control DIANE and automatic control system that allows the aircraft to fly at low altitude and track terrain.
Since 1965, the aircraft were used for strikes against targets in North Vietnam.
Car repeatedly modernized, and in 70-e years all stormtroopers underwent a complete overhaul and became known as the A-6E. Modern machines are equipped with a sighting system of the TRAM.
The aircraft a-6E, a monoplane with a mid-wing, swept at 25 degrees. The wing has flaps and slats across the span, the ailerons are missing, the roll control is by spoilers. Wing can be folded. The empennage consists of a fin with a rudder and all-moving stabilizer. The engines of the J-52-P-8B located in nacelles on the sides of the fuselage. Landing gear tricycle. The cabin is equipped with two ejection seats. The armament of the aircraft is placed on the four wing and one fuselage pylons, each was designed for the suspension of 1630 kg of weapons.
GRUMMAN A-6E TRAM INTRUDER: wingspan 150 mm 16, length 16 690 mm, wing area of 49.10 m2, empty weight 12 130 kg maximum weight 26 580 kg, the maximum speed 1040 km/h, ceiling 12 930 m, the range of 1630 km.