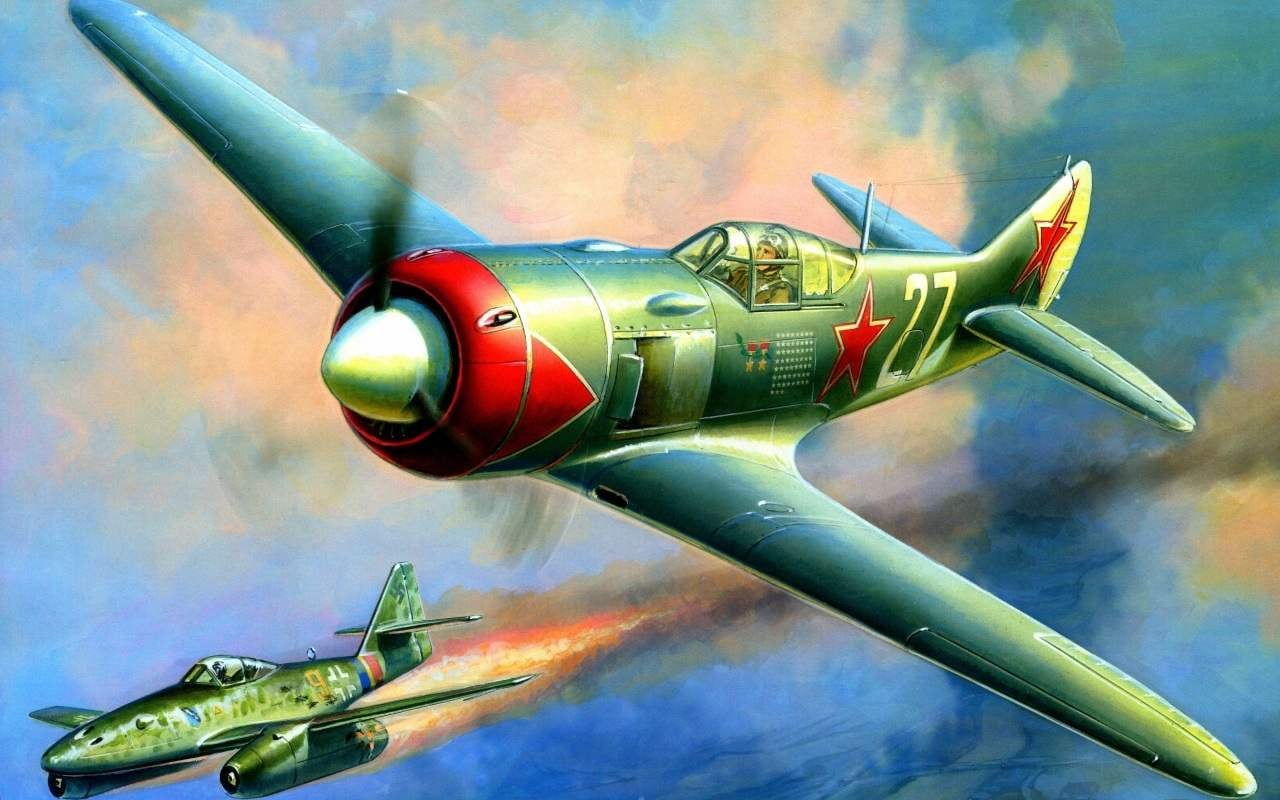 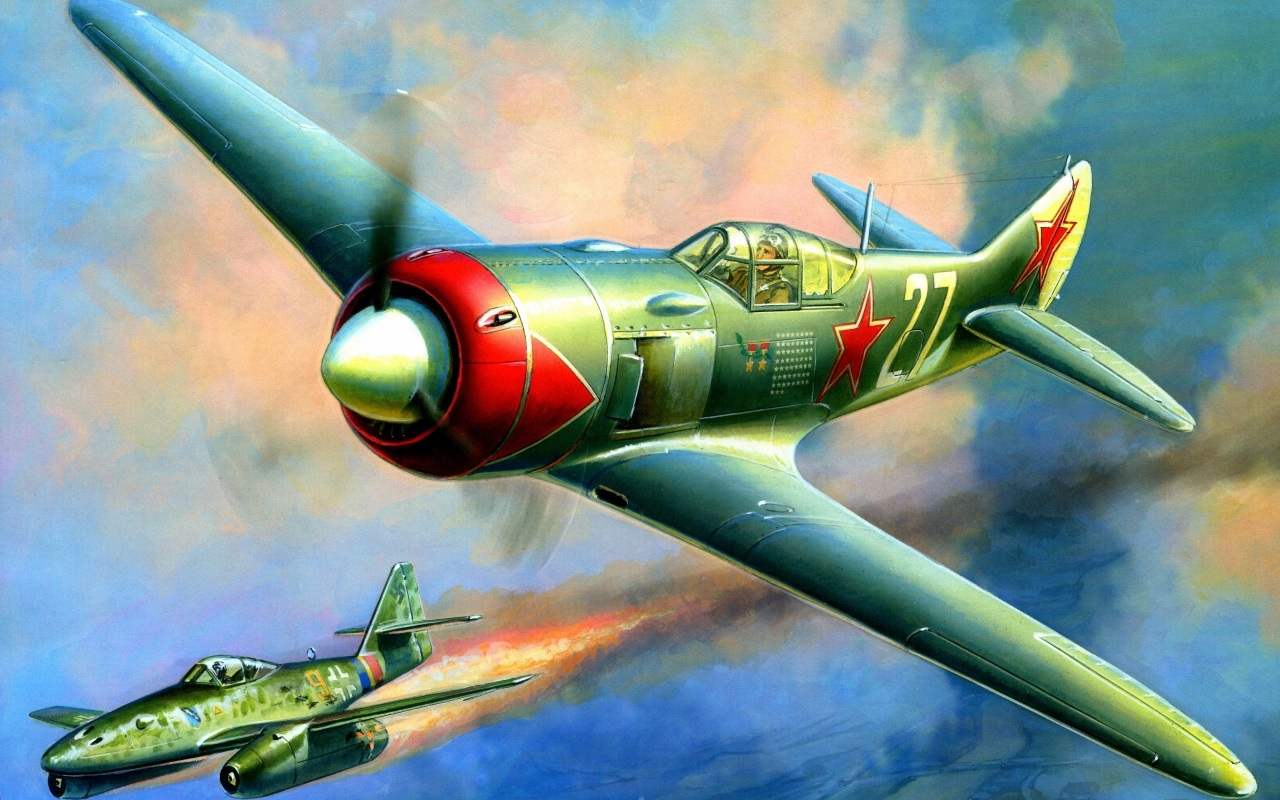 Baptism of fire fighter Lavochkin La-5 took place at Stalingrad, where the aircraft received from pilots. The machine is equipped with a 1700 HP engine M-82 had a top speed of about 600 km/h, has a high maneuverability and rate of climb. Aircraft repeatedly modernized, its last modification had a more powerful engine M-82FN power 1850 HP with direct fuel injection.

Further improvement of the aircraft was carried out by improving his aerodynamics. Designers reworked the fighter moved the oil cooler under the fuselage, installed additional flaps main landing gear, changed the shape of the center section of the wing, and carefully sealed the hood of the engine. Besides, at the upgraded aircraft, designated La-7, instead of the wood appeared lighter metal spar.
The first deliveries of serial La-7 in combat units began in June 1944. The first series of aircraft were equipped with 20 mm cannons UB-20, but further because of their low reliability were replaced with 20-mm ShVAK cannon. Until the end of 1945, was built 5900 fighter La-7.
LAVOCHKIN La-7: wingspan 9.8 m; length of 8.67 m; wing area of 17.6 sq. m.; engine – radial M-82 FN with a power of 1850 HP; maximum speed at an altitude of 6000 m – 680 km/h; practical ceiling 11 300 m; a range of 655 miles; empty weight 2605 kg; maximum takeoff weight 3240 kg; armament — two or three 20-mm ShVAK cannons, 200 kg of bombs; crew: 1 person.