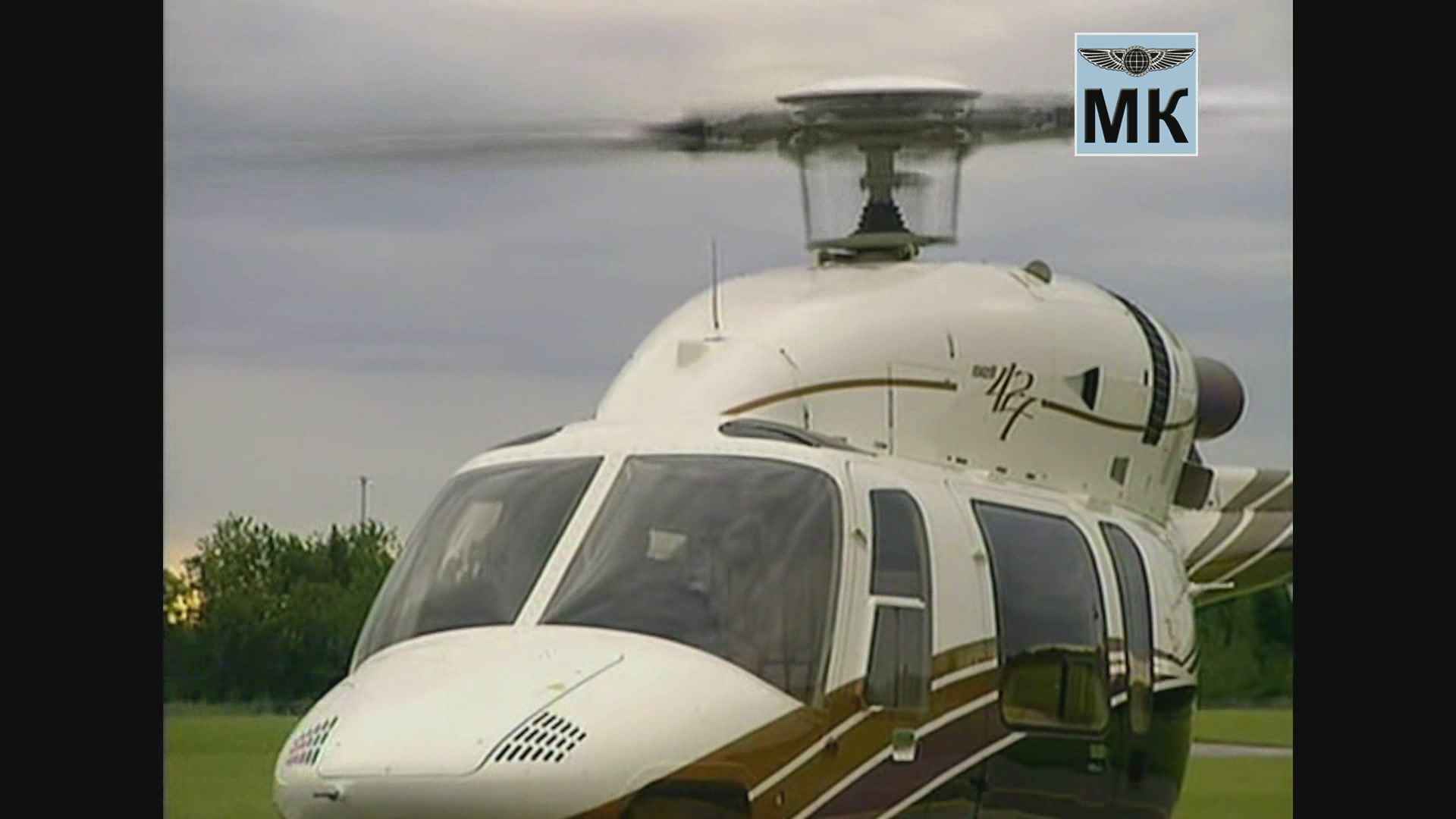 The helicopter rotary wing aircraft unit, which are necessary for flight lift and thrust generated by one or more rotors (propellers) driven by an engine or multiple engines. Almost every time the main rotor of the helicopter is equipped with a swash, which moves the center of pressure of the propeller for flight control (with the exception of some schemes with 3 or more rotors).

In the case of a single drive rotor, it is obligatory mechanism for damping its torque (often a tail rotor or fenestron, less ink-jet device, etc.), and in mnogolistovyh diagrams, torque usually kompensiruet the counter-rotation cores rotors. If the screw is driven in rotation by jet engines mounted on the blades, the torque is almost not noticeable and freely kompensiruet aerodynamic control surfaces. To unload the rotor at high speed, the helicopter can be equipped with a well-developed wing, to increase directional stability can in turn be used plumage.

The main advantage is the ability to take off and land vertically, to hover long in the air and move in any direction. Autorotation (free rotation of the rotor, such presyterian) in normal flight is impossible (unlike gyros and rotorcraft). Landing in autorotation driven out, but is considered an emergency mode: the steady-state speed reduction from light helicopters from 5 m/s, and heavy up to 30 m/s or more, without any sudden “stageline” screw before the collision with the ground this position differs little from the fall. The main drawback characteristic of all rotary-wing technique is not very high flight speed and the increased (compared to aircraft) fuel consumption.

Famous projects of different aircraft, not a helicopter, starting from the flying machine of Leonardo da Vinci (1475) and further to, for example, of the autogyro Juan de La Cierva (1920).