At the end of the second world war, the Soviet Union intensified work on the creation of jet aircraft. Four OKB (Mikoyan. Yakovlev. Lavochkin and Dry) began developing jet fighters. Due to the fact that this time the domestic aviation industry had its own jet engine, the first jet aircraft was designed for a German trophy engines Junkers YuMO-004 and BMW-003А.

In the Mikoyan design Bureau developed two projects a jet fighter with two engines BMW-003А. The first of them, And 260 had a layout similar to the Me-262, two engines were located under the wing. The second, And a-300 was being transferred to the scheme, with the placement of the power plant in the fuselage. Subsequently, I-260 was abandoned in favor of the second project, which was implemented in the serial production and put into service under the designation MiG-9. In addition, the MiG-9 was the first took to the air a Soviet fighter with a turbojet engine, for a couple of hours ahead of the competitor, the Yak-15.

In June 1945, the team of OKB-155 (Mikoyan) started to develop a fighter with two jet engines VML/-003 General thrust of 1600 kgf, which received the name of I-300 and factory code “f”. At that time, the Bureau already had a large backlog in the field of high speed aerodynamics and aerodynamic configuration. Thanks to him, a preliminary study was completed a pioneering solution to place both engines side-by-side in the fuselage. In this arrangement, the results of the wind tunnel of TSAGI, the wing remains aerodynamically clean, reduced drag and improved handling, especially in the case of failure of one engine, the reliability of which was very low. The lead engineer was appointed by A. G. Brunov, a leading engineer for flight tests —A. T. Karev.

At the conclusion of the leading pilots and pilots fly the MiG-9 at takeoff after lift-off was stable and well obeyed rudders. When cleaning the chassis balance is not changed. In flight lateral stability normal. Can fly on one engine and with retracted landing gear, which provides high safety of the flight. Against weapons it was noted that in flight it is easy to aim at speed up to 550 km/h, and the shooting is encouraged to carry short bursts.

In General, the fighter got a good rating, and for flight speed, altitude, climb at high altitudes, not to mention the firepower of weapons, it was significantly superior to serial fighters with piston engines. In addition, from July to December 1947 in GK NII VVS was held dogfights serial MiG-9 No. 106005 aircraft La-9, P-63С-1 “Kingcobra”, “Spitfire IX”, Yak-15, “156” afterburner and Tu-2. Thirty aerial combat the MiG-9 has demonstrated the worst quality maneuverable than other fighters. They came to him in the tail on the second or third turn. To leave the MiG-9 could, only having the advantage in speed. However, one of the most important tasks, namely the fight against enemy bombers, the MiG-9 could quite successfully, which was confirmed dogfights with Tu-2. After state tests of the MiG-9, with the purpose of elimination of identified deficiencies it has done the following improvements:

-equipped with special nadolnik on the cannon to increase the reliability of the engines when firing at medium to high altitudes.

-installed domestic generator GSK-1500 instead of German 1.K-2000. The airplane was serially produced in 1946-1948 at the Kuibyshev aviation plant № 1. Serial fighter I-301 has received factory designation “FS” and military designation MiG-9. Production MiGs had established a domestic copy of the engine BMW 003 produced at engine plant in Kazan, under the designation RD-20. Has been improved wheel of the chassis. The fuel system used a soft fuel tanks made of a special rubberized fabric tank. This improvement allowed for more efficient use of the volume of the fuel tanks. Armament consisted of one cannon N-37 with ammunition of 40 rounds and two NS-23KM with ammunition, 80 rounds per gun. 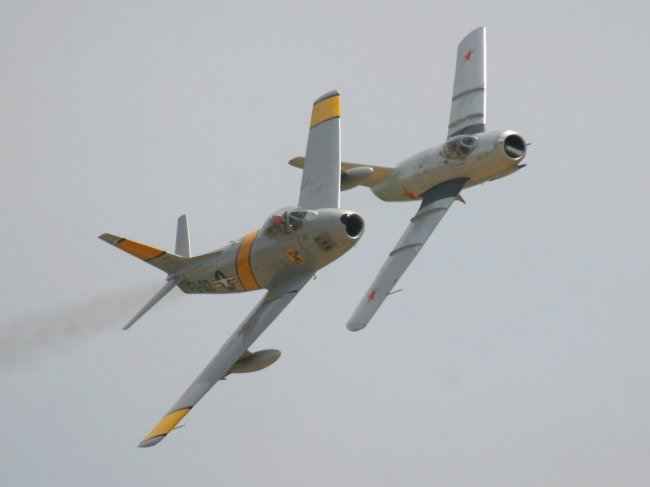 THE ASSEMBLY MANUAL. To build a model of the MiG-9 you will need:

Notation used in the model:

**- stick the parts onto cardboard with a thickness of 1 mm.

@-rollup details into a roll.

s-bonding with the part number for which is used

1) the Assembly of the fuselage.

Work on the model should start with assembling the frame with air intakes and niche gear. First, the cut parts of the frame and then assemble the upper nose part of the frame. Set a collection of niche nose landing gear and air intakes. In order to simplify the Assembly and installation of the air intakes, the kit contains a temporary frame, which after installation of the section of the air intake in the frame is removed. Niche chassis with air intakes and parts of the frame constitute the power set of the stiffness of the frame of the fuselage. Details of frame 15,16,17,18 19,20,21 and glued one on another to form a frame with groove for mounting of the wing. The assembled frame can be treated with sandpaper, then assemble and install the cockpit. To simulate toggle switches and knobs in the cockpit, you can use segments of thin copper wire in isolation. Then, using the gluing, to the frame glue the fuselage and the front part of the intake. In the rear on the parts 17 and 18 need to glue parts 35.

2) the Assembly of wings and tail.

First you need to cut and assemble the wing, make it better on a flat surface. Next, collect the body landing gear and glue it to the bottom of the wing skin, then glue the assembled frame and parts 269, 260. Then glue the top part of the skin. Spread the exposed parts of the frame with glue, insert them into the grooves of the fuselage, glue the parts of the wing fairings. While the glue dries, collect the flaps with the ailerons and set them into place. Similarly, collect the tail Assembly.

Landing gear consists of parts twisted into rolls, the rolls should be screwed on the axis of the wire 0.5 mm. and Traction cables going to the flaps of the chassis can be done Istankoy copper wire. Wheels can be done in two ways: – to collect the wheel from circles of cardboard with a thickness of 0.5 mm. and pasted parts of the tyre.

-to assemble the wheel from circles of cardboard with a thickness of 0.5 mm., treated with sandpaper, primed and painted.

The canopy is best assembled on the frame and let the adhesive dry, after which you can remove from frame and glue to the fuselage. If accurate Assembly of the cabin can be open.

5) the Model is almost ready, left to collect and glue under the wings outboard fuel tanks from the starboard side of the cabin radio antenna and put the model on the shelf.

The materials to build a model of the MIG-9 (download)