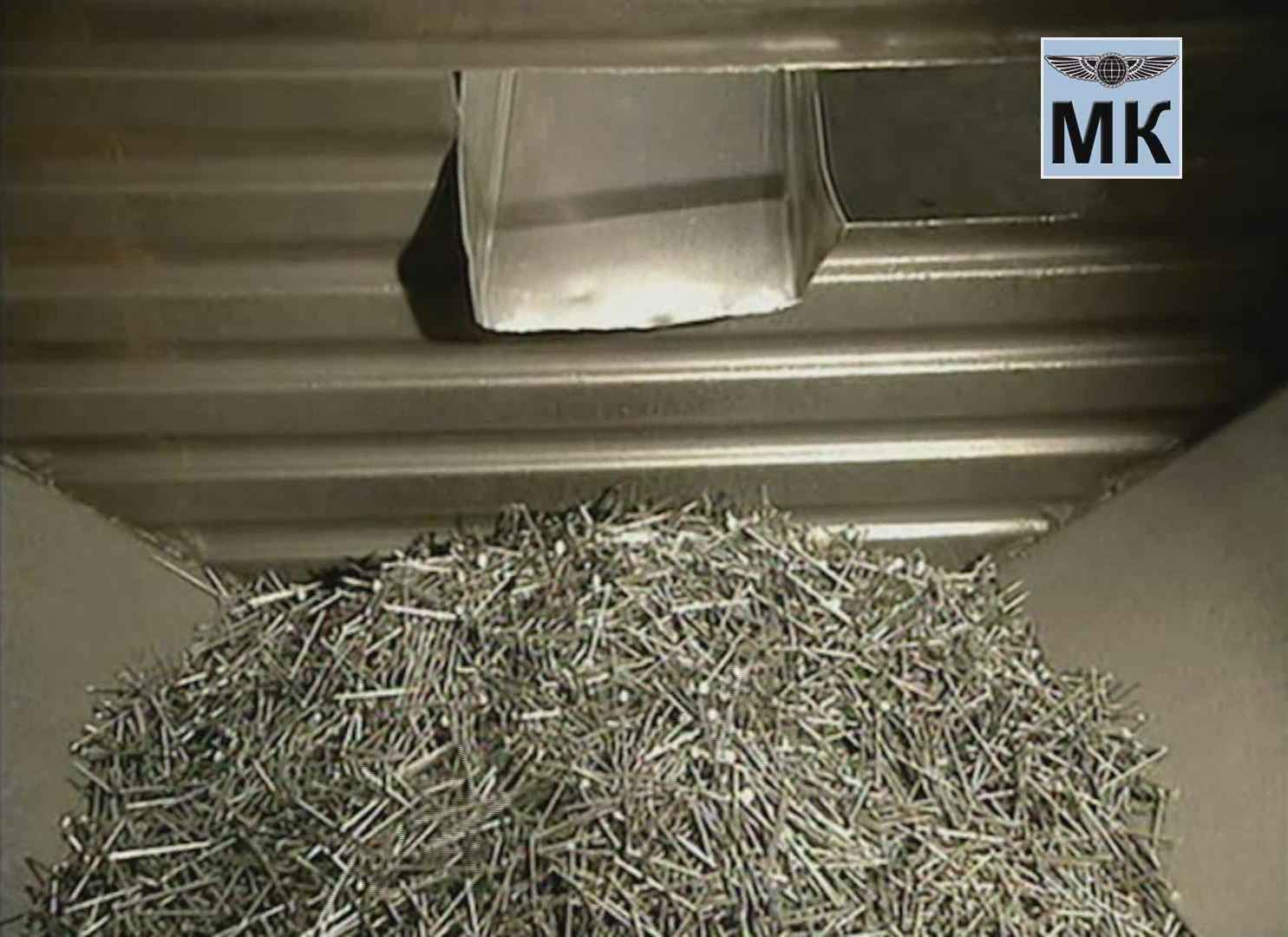 25 million pieces every day. Any handyman will tell you that a bad worker blames their tools, and the worst – blames nails. But now it’s no longer a justification since, as made nails for wood with a flat cap and a screw thread. Have you ever wondered how millions of these little pins are the same size?

Production of almost all nails starts almost the same. Most of them are made from durable carbon steel, initially existent in the form of steel wire. Wound on a drum, the wire weighs more than two tons. Its diameter is 6 millimeters, which is too much for the nails, so the length of the wire decrease by stretching. With a few reels, the wire is gradually stretched, becoming thinner and thinner. Then again she is winded to a coil. Full coil contains twenty-three and a half thousand meters of wire with a weight of 1250 kilograms.

Now she has a diameter of 1.85 mm. It is necessary to reduce twice. Wire are cut into small billets. Chopped the pins going to the huge solenoid and unloaded into the machine for further processing. In the next stage, the blade sharpens the edge of the metal blank. And it turns out the nail. The other machine produces the nails by a massive extrusion of the other end of the headers. Hats of nails are made at a speed of 1,400 pieces per minute.

The manufacture of nails is finished. Now is the stage of packaging. Nails are sold in bulk or plastic belts. The machine packs 175 nails in one plastic tape. It has special grooves where the nails are inserted.

The manufacture of nails with a spiral cutting requires additional processing. Special machine screw drives imposes helical threads on nails and produces 1,200 nails per minute. Then the nails are Packed into the plate for use in pneumatic devices for driving nails. To the nails kept in place, they are coated with a polymer which dries in four minutes.

The factory also produces stationery brackets. A special press connects eighty-steel wires aligned and laid one another. The wires are glued between each other. They go from the machine one glued strip.

Delays are loaded into a special machine that cuts them in accordance with the desired length and taper the pressure, a weight equal to forty tons. Brackets bent at the edges, then strip the brackets ready for packaging. Daily at this factory produced 25 million nails and office brackets.