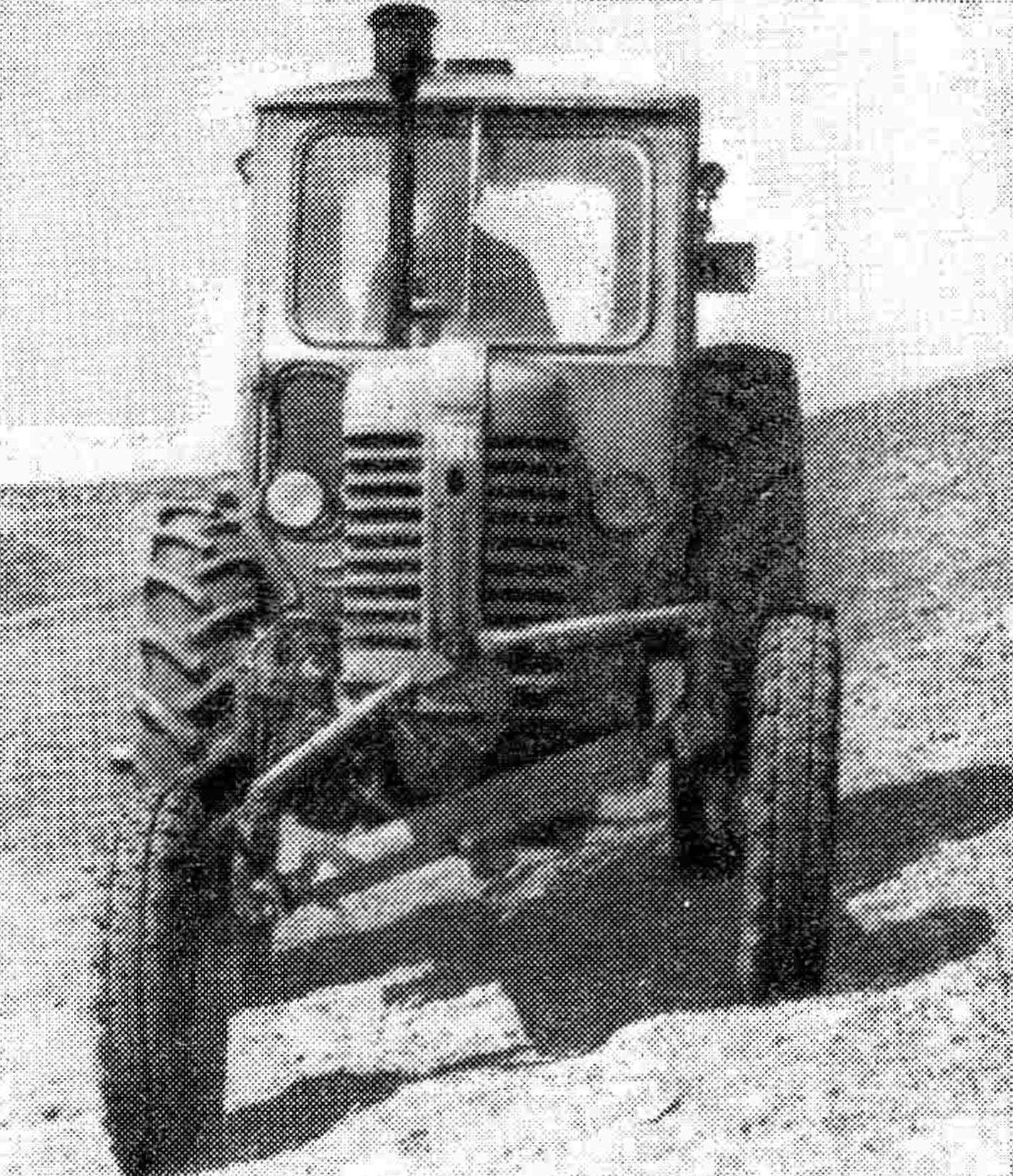 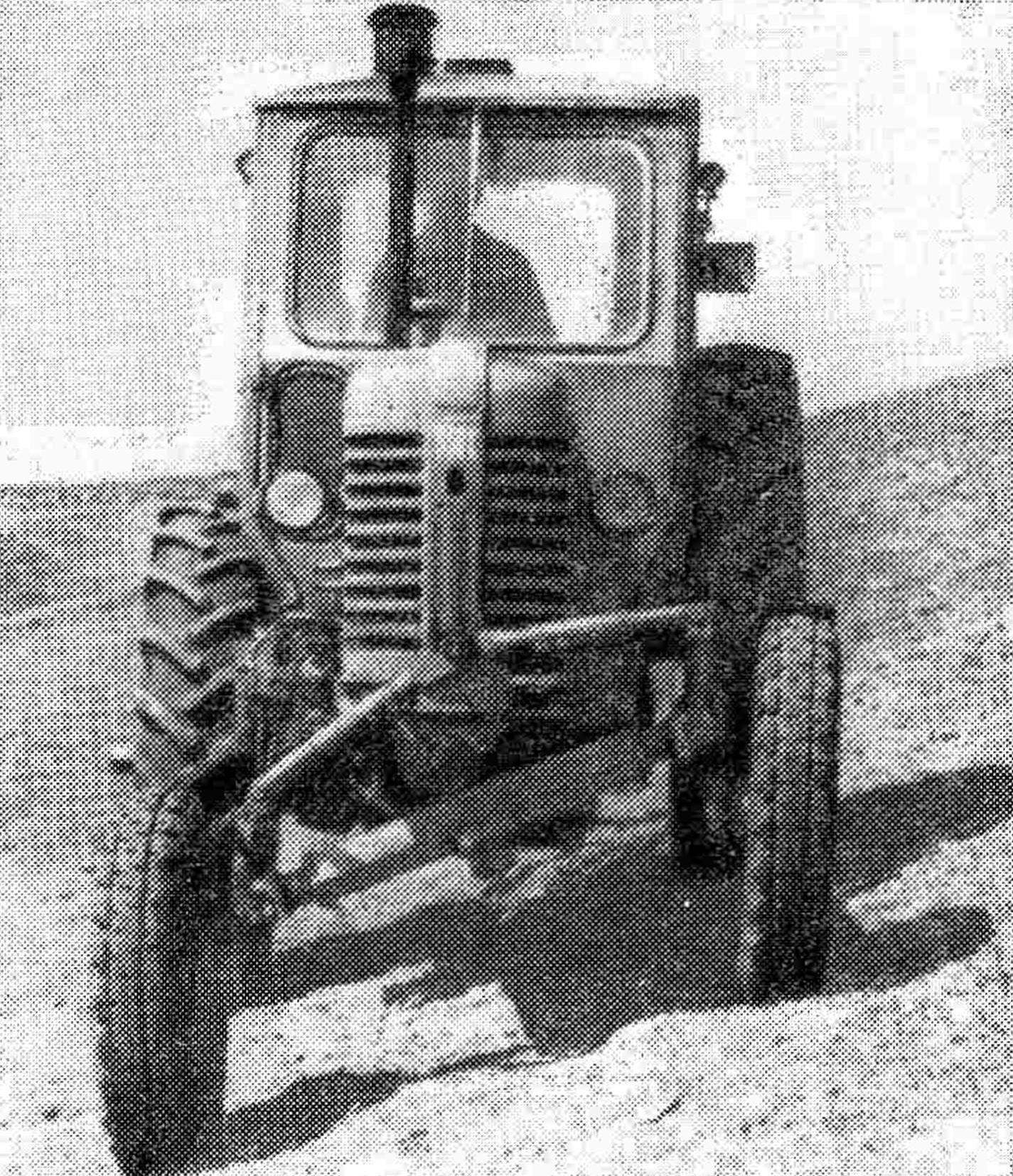 Slightly more than half a century ago, at the dawn of Soviet power, Lenin dreamed of the time when we can give agriculture 100 thousand tractors. The Soviet people under the leadership of the Communist party brought to life the dream of the great leader, fulfilled his Covenant. Today 100 thousand — millions of a powerful modern tractors working in the vast expanses of the country. Every year, collective and state farms received a new and more productive machines.
Without a tractor it is impossible now to imagine field work in any area where there is arable land. Got the technique there where for centuries dominated by manual labor, on the mountain slopes. It is a immune and high-performance machines, nm who are not afraid of steep slopes or thin air, which is subject to severe soil reclaimed by man from the mountains. Such machines have long dreamed of the farmers. And so they came into the fields and together with their lowland brethren began to watch the final year of the plan.
The resolution of the CPSU Central Committee, USSR Council of Ministers, AUCCTU, and Komsomol Central Committee “Of the all-Union socialist competition of workers of agriculture for increasing the production and procurement of products of agriculture and livestock in 1975 and successful completion of the ninth five-year plan” contained the remarkable words addressed to agricultural workers. Here they are: “to Strengthen work on preparation and retraining of personnel of mass professions, especially mechanics, further develop mentoring as one of the important forms of education and enhancing the professional skills of the youth.” To you, future home of the fields, future designers of technology of the Country of Advice, and many materials cereal heading “Technician five”. We hope that published in this issue an article about mining tractors as well as other materials, devoted to agriculture, which publishes our journal, will help you to quickly master the complex modern machines, in shock work to achieve high performance in the all-Union socialist competition.
Look at the map: a third of the territory of our country is occupied by mountainous areas. The green of the Central plains bordered from the South by brown bundles of diverging and converging ridges, chains and spurs of the Main Caucasus mountain range with white spots of glaciers and snowmen. More below on the map — the lesser Caucasus, the South Georgian highland. Ukrainian steppes are closed from below by the Crimean mountains, and to the left, in the West — beautiful wooded Carpathians. And in the North of European territory of the Union—the Khibiny mountains in the East — Ural. On the Great Western-the Siberian lowland, and she, too, is like a bowl with high edges of the mountains. Behind her is a mountainous country — Eastern Siberia. In the South, however, the desert; but after they begin these mountains, which has no equal in the world: Tien Shan, Pamir. The far East is also an extensive system of ridges. It turns out that not so little it’s for our extensive territory — the third. 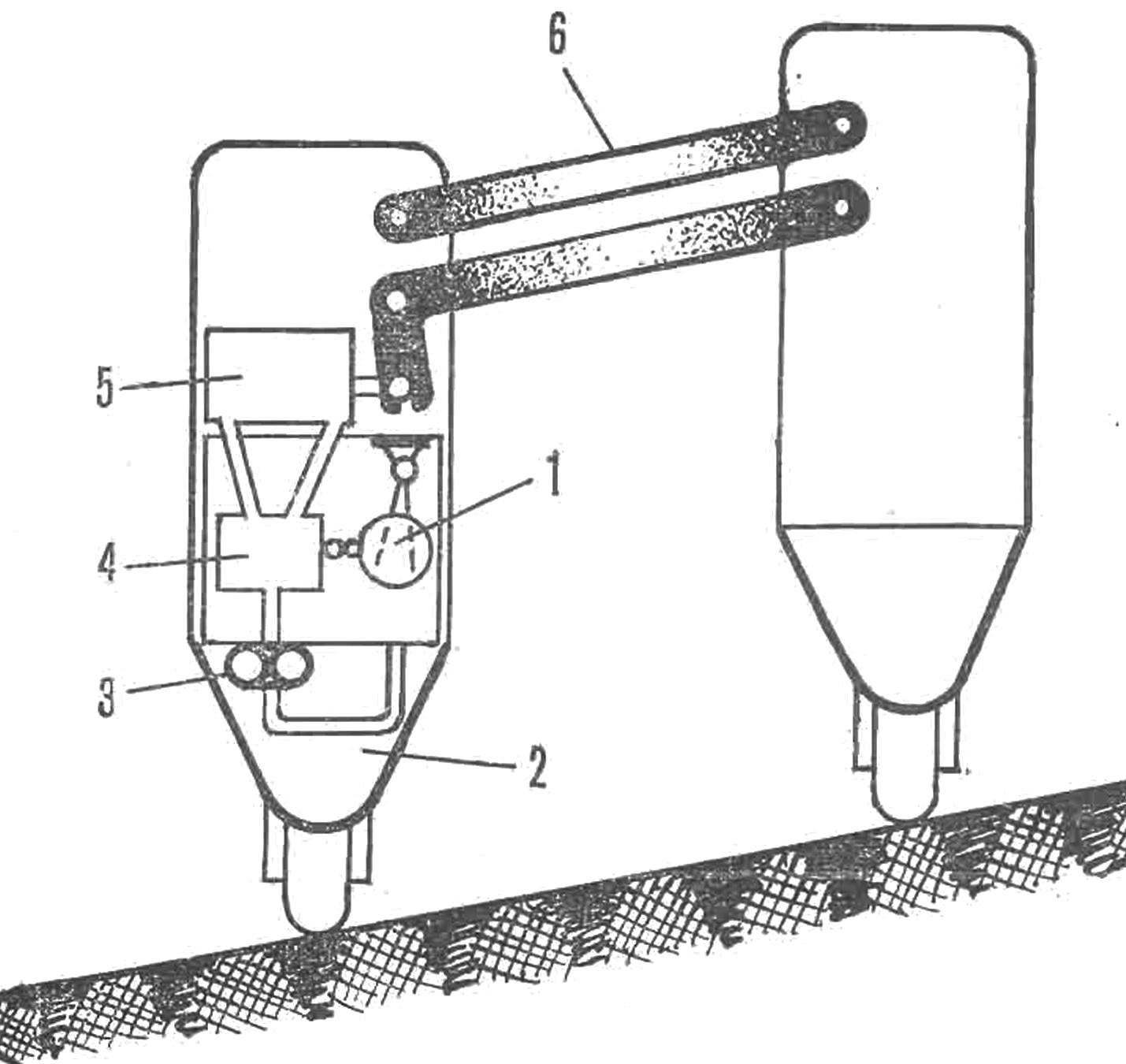 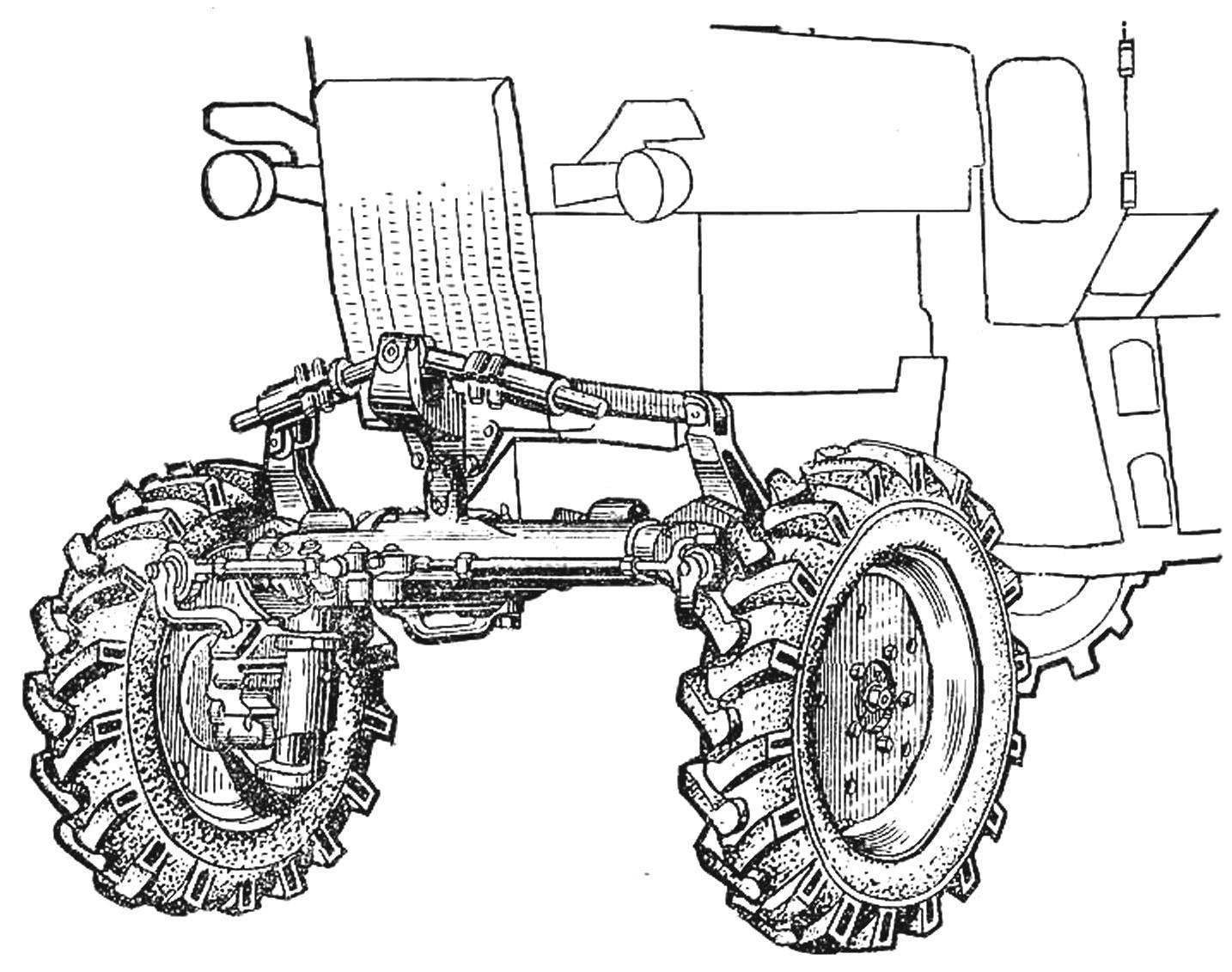 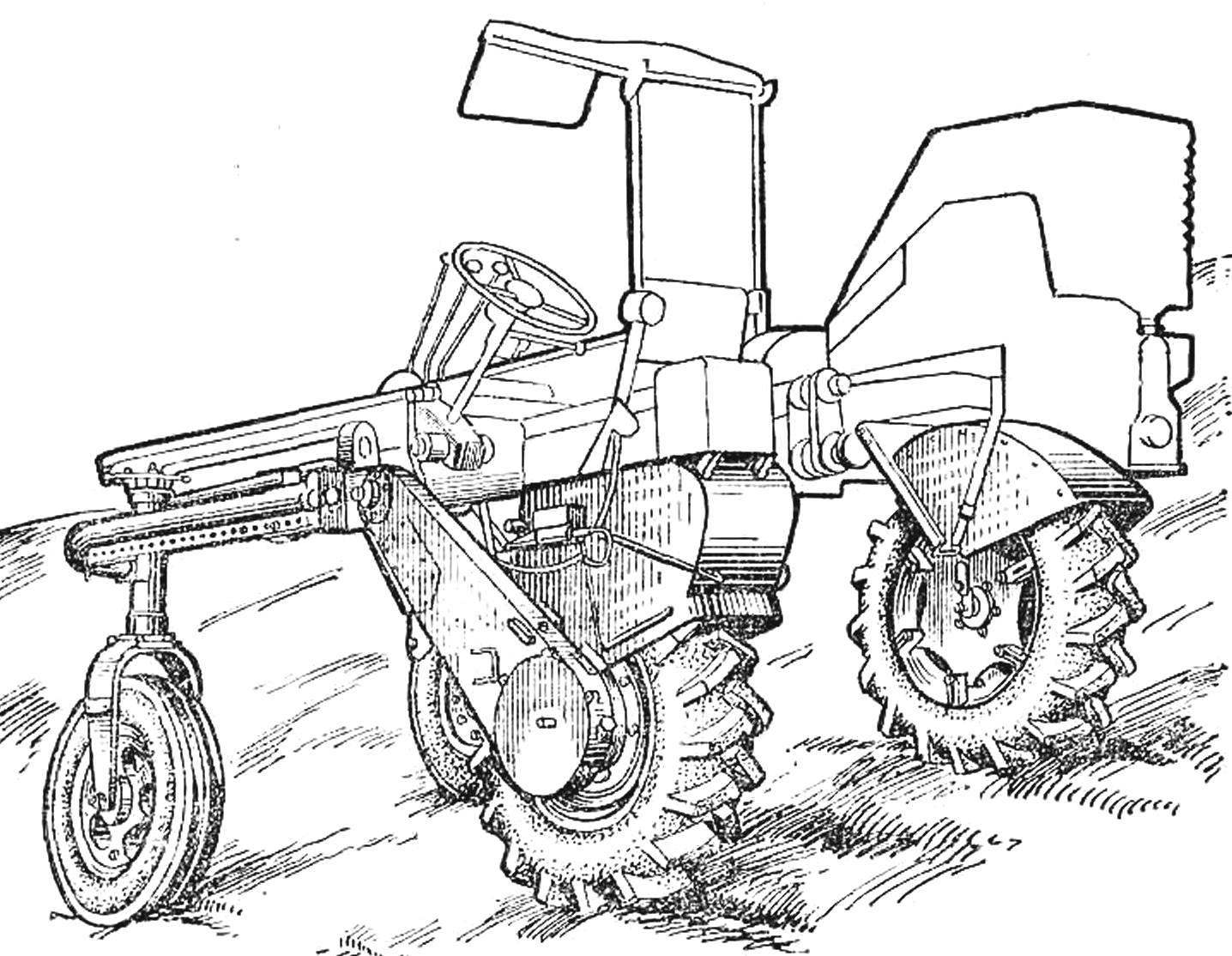 Fig. 5. Mountain-plains self-propelled chassis SSH-0611.
Instead, they applied freely rotating wheels with telescopic spring struts. They are mounted on the front and rear housings of left and right final drives — on brackets that are installed under a certain angle to the longitudinal axis of the tractor. The discs at the right moment pressed into the soil and do not allow the tractor to slide. And the greater the steepness of the slope and the angle of rotation of side gears, the deeper the soil is composed of discs.
The mechanism of action of this system is relatively simple. When automatic alignment of the core works and final drives rotate in opposite directions, front-wheel drive-hitch — upper slope — and rear-drive-hook — lower slope — deep into the soil. But the angle of the slope decreased correspondingly reduced and the angle of the final drives. The discs and the hooks out of the soil.
These are the main design features that distinguish mountain tractor from the basic model. T-50K class 1.4 t is used for mechanization of mountain agriculture and is aggregated with plough, cultivator and other tillage implements, hay complex machines, spreaders of mineral and organic fertilizers, the pole setting machine for trellises in the vineyards. The maximum angle of the slope, where tractor skeleton retains vertical position — 29 to 30°.
It is known that in place of the tractor MTZ-50 is more powerful — MTZ-80, with engine power of 80 HP replacement of the existing machinery will enable new in 1.3—1.5 times increase productivity. It is quite natural that you should see and the mountain modification of this new machine. It has been developed: MTZ-82К (Fig. 4). The tractor has four wheel drive. As well as T-50K, MTZ-82К has an auto-stabilizer that retains the vertical position of the tractor on the slope up to 20°.
While figure 5 shows a mountain-plain self-propelled chassis SSH-0611. This wheel steep slopes, a high clearance farming machine class 0,6 t. In combination with mounted guns it covers all types of processes related to processing and collecting tea leaves. But the car is not just for tea. It can help to mechanize the work for the care of tall crops, such as corn.
The engine in the chassis — automotive, brand MZMA-407, adjusted to the capacity of 20 HP It transmits torque to two rear wheels. The front two are managed.
Chassis SSH-0611, as well as mountain tractors, equipped with special automatic stabilizer that without the intervention of the tractor causes the skeleton of the machine in a vertical position.
These three cars, of course, not limited to the list of structures designed for work on mountain slopes. They all have one common distinguishing feature — the automatic-stabilizer for aligning the frame vertically when working on the slope.
Technique walks in the mountains; agricultural” machines are “climbers”.