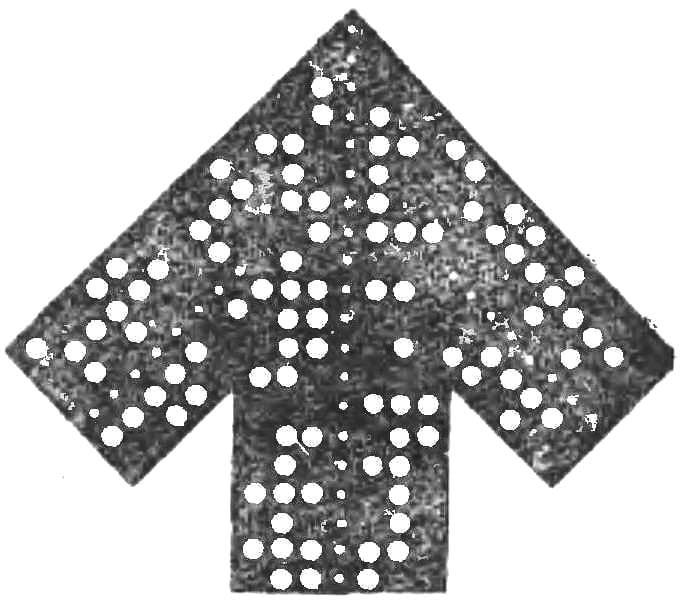 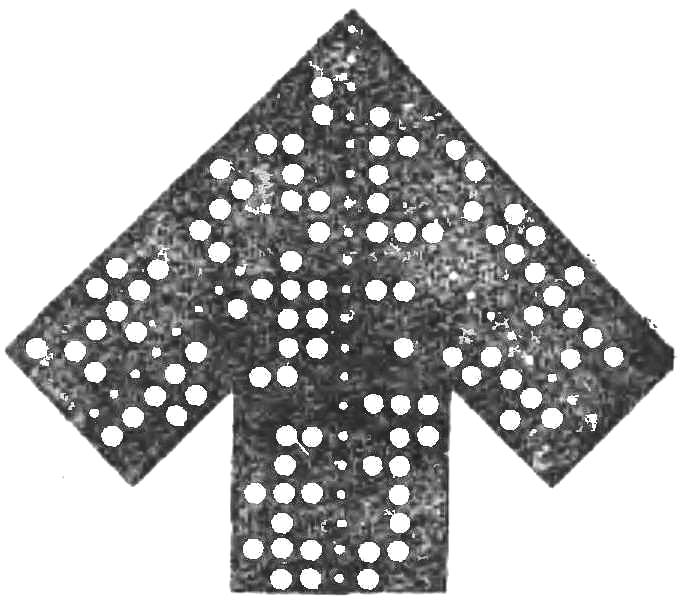 Units, tens, hundreds, thousands… This system of accounts, familiar with first class, it seems to us the simplest and most convenient. However, the decimal system is not the only possible one and not the universal. To write numbers in the binary system needs only two digits: 0 and 1. This is a big advantage system, binary compared to decimal. Thanks to her computers and cybernetic devices have their own language that was ideally suited for electronic circuits, relays, diodes, transistors.
But the available machines, it was uncomfortable for a man accustomed to the decimal system. Therefore, working in tandem with an electronic counting device, we have to constantly convert numbers from one numeral system to another.
Contact person with e-machine helped special converters or decoders with automatic translators binary system to the decimal. One of such devices built at school No. 511 of Leningrad. Its action is based on the representation of the binary code in the form of a corresponding amount of the original analog glory, are related to each other as integral powers of two.
Schematic diagram of the device shown in the figure. It consists of the Converter part, control panel and power supply.
The Converter part of the circuit is a voltage divider across the resistors R1, R2, R3, R4, computerwise normally closed relay contacts PI, P2, P3, P4. The resistances of the resistors of the divider are to each other as whole powers of two, i.e. R1 : R2 : R3 : R4 = 23 : 22 : 21 : 20.
When switching of the resistors of the divider changes the total resistance, therefore, to ensure continuity of load power source in the schema introduced the compensating resistors R11; R21; R31; R41, which is selected from the condition: R11 = R1; R21 = R2; R3,1 = R3; R41=R4. Compensating resistors are switched by normally open relay contacts. 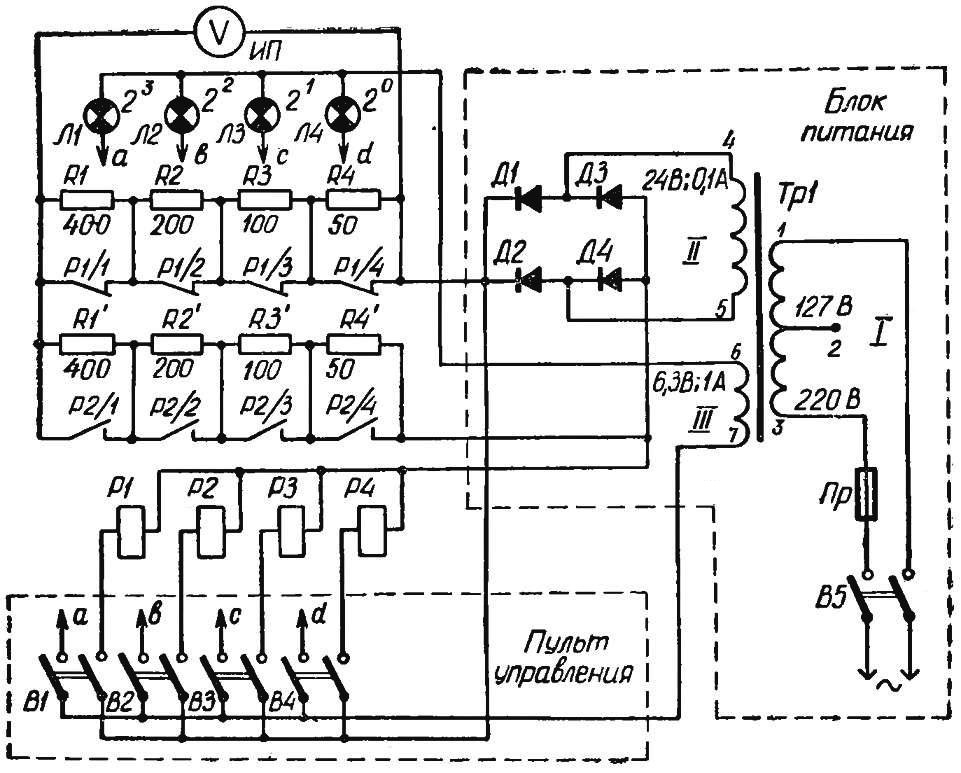 Schematic diagram of Converter four-digit binary code.
Resistors R1÷R4, R11÷R41 — MLT-1.
Diodes D1÷D4 — Д7Г ÷ Д7Ж, D226.
Relays R1 ÷ R4 — RES — 9 (passport RS4.524.200).
The relay control is performed by means of toggle switches located on the control panel.
The control panel is a rectangular box with dimensions 150Х50Х40 mm, which contains four switch. Each toggle switch can be set to “On” or “Off”. If the switch Q1 is in the on position, then the winding of the corresponding relay R1 current flows, the contacts R1/1 are open and contacts R2/1 are closed. The value of the output voltage directly depends on the position of the relay contacts, that is, in the end of the code, typed on the remote with toggle switches.
The readout is carried out directly on the scale of DC voltmeter.
Part of the power supply includes a transformer which has a winding I for inclusion in the network 127/220 V; coil II to obtain a voltage of 24V; coil III is 6.3 V.
The front panel and the base of the exaction is made from pieces of plywood size 200x300x6 mm.
The front panel contains the following circuit elements: a toggle switch to turn on the supply voltage; fuse holder; four coded light bulb 6.3 V, 0,22 a, voltmeter DC 30 V.
KUPRIYANOV, Leningrad