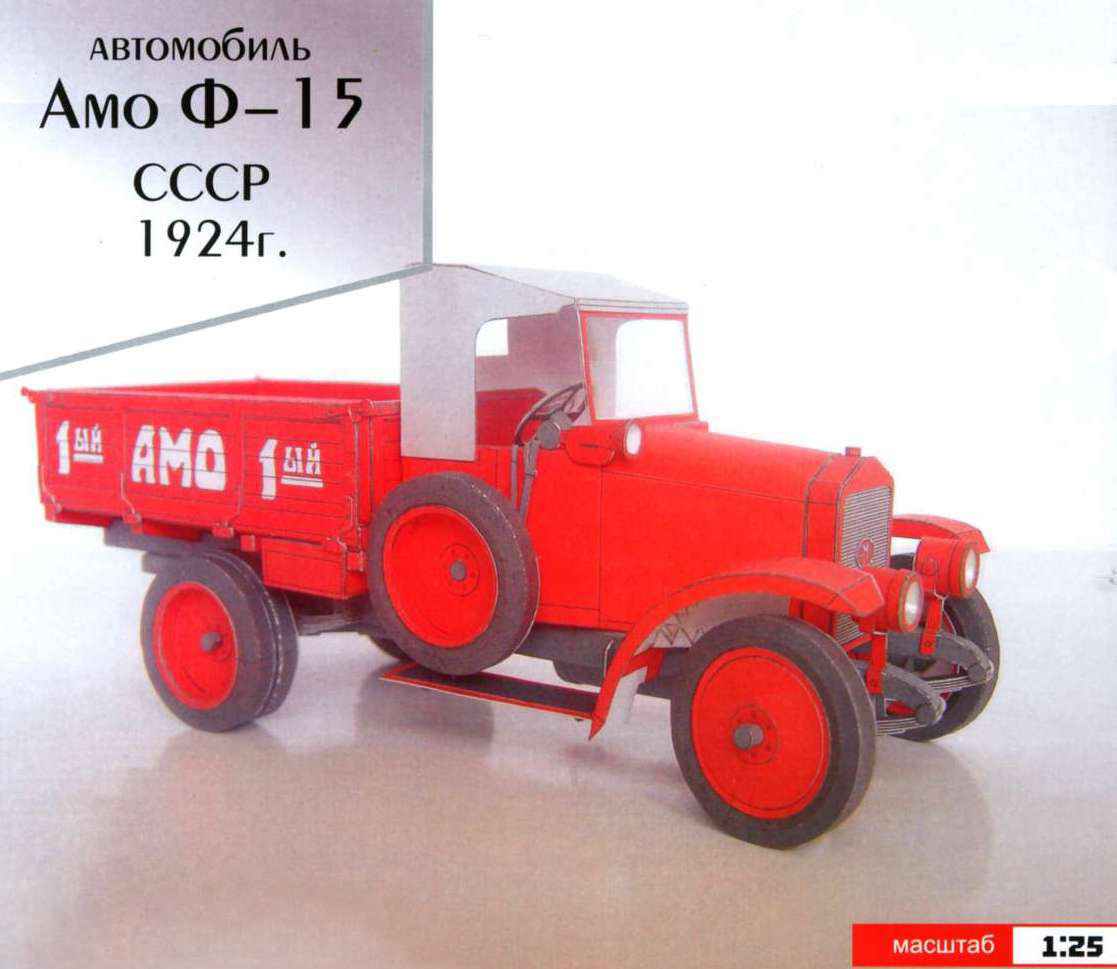 Car AMO-f 15 (1924-1931) was the development of the Italian truck FIAT-151ter. The first ten cars were collected from 1 to 6 November 1924 and was presented during a demonstration on 7 November of the same year, on red square. All trucks were painted red.

The quality of the manufactured machines was checked in a test run on the route Moscow-Leningrad-Smolensk-Moscow. Almost 2000 km of AMO-f-15 took place without the slightest damage, breaking records all conducted before that truck runs.

Mileage 1925 brought a new victory AMO f-15. In this contest participated 45 79 trucks and light vehicles from America, Germany, France, Czechoslovakia, Italy, Austria, England. It is interesting that the FIAT exhibited its latest machine. The route for trucks amounted to 4724 km away From the foreign representatives, few believed that the two Soviet AMO-f-15 all will reach the finish line. 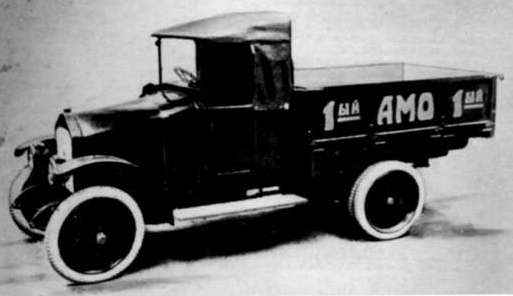 AMO-f-15 first industrial batch of largely repeated the design of the Fiat sample of 1916 – even the steering wheel was located on the right (FIAT refused this decision after 1920). The machine had many shortcomings and outdated design solutions -folding cloth top, straight-through flow of gasoline and a very primitive carburetor. Starting the engine is done manually with the handle for lighting served acetylene lights, signal horn was served with a pear.

But two years later the second batch was significantly modified and upgraded. The plant began to expand production and to increase the volume of production of cars.

Chassis AMO-f-15 served as the basis for the creation of fire engines, buses, vans, staff car, armored car BA-27, and even a van for transportation of money, made the 2nd BTS. 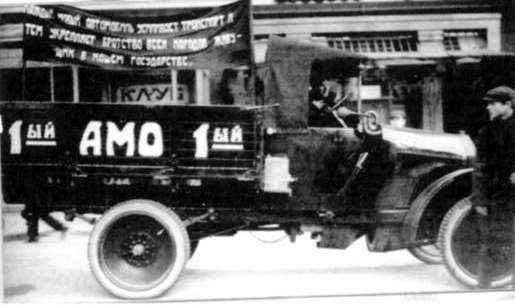 The diameter of the cylinders is 100 mm

The piston stroke is 140 mm

The materials to build a CAR model AMO f-15 (download)