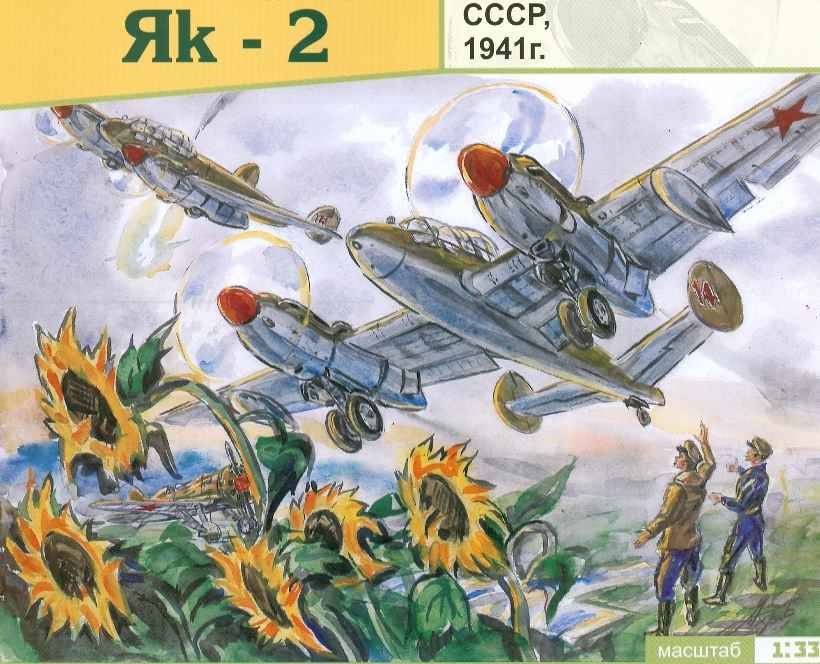 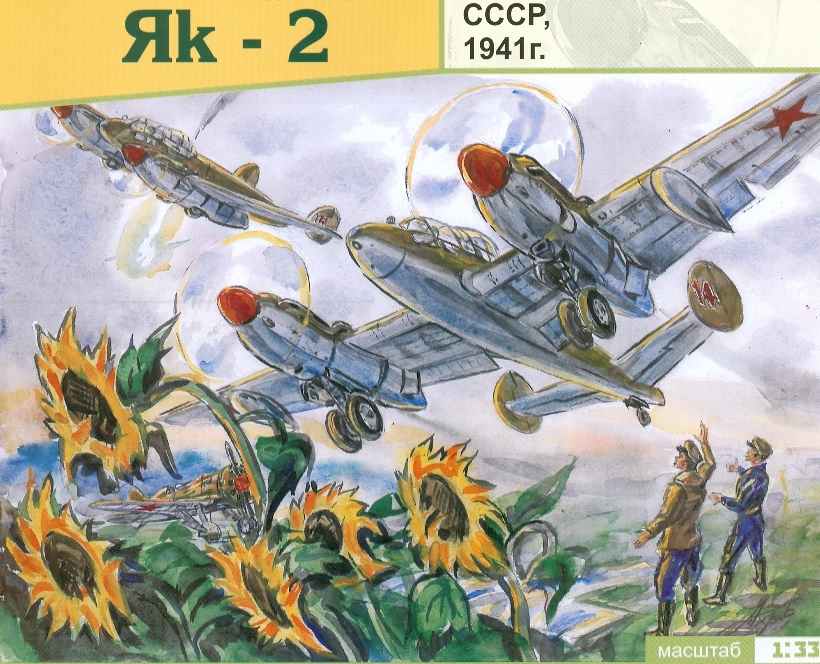 In February 1939 at the Moscow Central airfield Frunze has a nice twin-engined monoplane dvuhkilevoe. Experienced eye it was clear that the aircraft can show very high performance. Even without knowing the brand of the machine, no doubt in the fact that it is designed in OKB A. S. Yakovlev is a young but quite famous aircraft designer. Well decorated, carefully painted and polished to a Shine, his machine carried on the rudders branded white and red stripes.

A factory test car that received the internal designation “plane 22”, conducted by Julian of course. Leading engineer of the machine from the OKB was appointed Eugene G. Adler.

The aircraft received a high command of the air force research Institute, he flew himself at the head of the Institute A. I. Filin and respected test pilots majors P. M. stefanovskiy and wild Boars. Equally high was the adaptability evaluation of the machine. In the “Conclusions” of the report of the slaves said: “the Aircraft 22 is cheap, has a good industrial performance, its technology as the wooden simple, can easily be mastered … the culture of finishing the outer surface, the production performance of individual components and assemblies of the aircraft 22 can serve as a model for the domestic aircraft industry”.

“Twenty-second” no alterations can be used in other embodiments. So, when placed between the wing spar in the bomb Bay four to six 100-pound bombs he had become in the middle of the bomber BB-22. A suspension under the fuselage two 20 mm cannons ShVAK with ammunition stowed in the bomb Bay, transformed the car into a fighter-29. All of these options have the same flight characteristics. The conversion of one modification into the other was possible, even in terminal conditions. In fact, it turned out the first in our country multirole combat aircraft.

After a series of tests carried out, it became clear that the conversion of BB-22 in a full bomber to do not only the elimination of identified defects. Improve flying qualities and performance properties of the machine can only be achieved through radical changes of the geometry and design of the glider…

The plane 23 with engines M-105, the rest is similar to BB-22, were studied at the stage of conceptual design of combat first-born Yakovlev. It was assumed that with a more powerful powerplant machine will be able to develop a speed of about 625км/h In March 1940. at plant No. 1 finished reworking production aircraft in the version of BB-22bis. Externally the car differed little from the usual BB-22. In may of 1940. factory tests of the BB-22bis was completed. Burst release BB-22bis the plant began in October of 1940. These machines are different from the prototype the following: each of the nacelles were equipped with one cylindrical segmental oil cooler located in the beard, was a serial installation TSS-1, external fuel tanks.

State plan for 1941. provided for the release 1300 twin-engine bomber Yakovlev. In accordance with the decree of NCAP yakovlevskoye car received new names: BB-22 with the engines M-103 became known as Yak-2, and BB-22bis with motors m-105, Yak-4.

By the time the official cessation of production of bombers Yakovlev in February 1941. in total 111 built Yak-2 and YAK 90-4.

Thus, in the South-Western front found a use for about hundreds of Yak-2 and Yak-4, and on the West about eighty more. In the main part of all twin-engine bomber Yakovlev 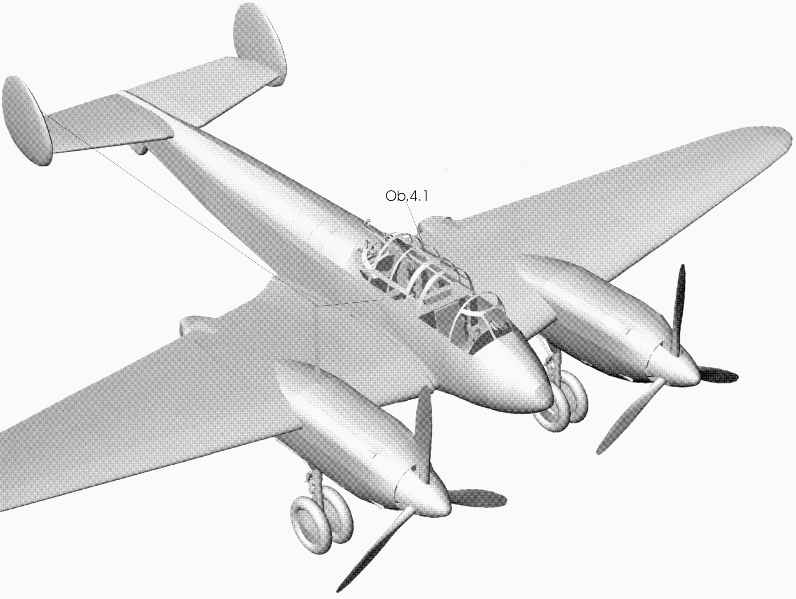 The performance characteristics of a twin-engine bomber Yak 2

In the preparation of reference were used the following materials:

The model is not complicated to make, but requires special care in the Assembly of some parts. Before beginning work read carefully the description, details and their location on the leaves. The model is applied to a rolling Assembly. All the details related to a single item; is marked with the same letter.

The bonding medium, nose and tail parts together. Then start to paste over the skin. First, sticking children.GL.4Ь after taking in her cuts. These notches should match with the mines under the frame of the wings. The casing further sticking at first in the direction of the tail, and then toward the nose. Det.Ob. 10 first glued individually, then cut out the white part and pasted lantern Fn.

First assemble the frame of the wings K. 1-3 and insert it firmly into the notches on the trim. Further, according to the figures collected and glued to the frame mount chassis K1.3-K1.4. Then glue the wing skin Kg. 1.1. The details of the wings you want to make a separate ailerons and flaps, which in the appropriate places make the cut. The wings glue the simulated rods: Kg. 1.2.2 – on top of the wing and Kg. 1.2.3 – in the lower part of the wing. Glue wings fairings Kg. 1.5-1.6.

Collected the engine from det.D. Insert the engine and to be pasted on its hood Cu. 1.1. Item D. 13.4. glue after assembling the hood completely.

According to figures collected by bombs from det-F and insert them in the middle of the bomb Bay. Collect the screw Vn and its fairing according to the drawing and glue to the engine.

Glue the stretching of the antenna according to the drawings. Finish assembling the model by gluing the main wheel K1.7, the flaps of the hood Cu.9, flaps, bomb Bay Ob.1.2.