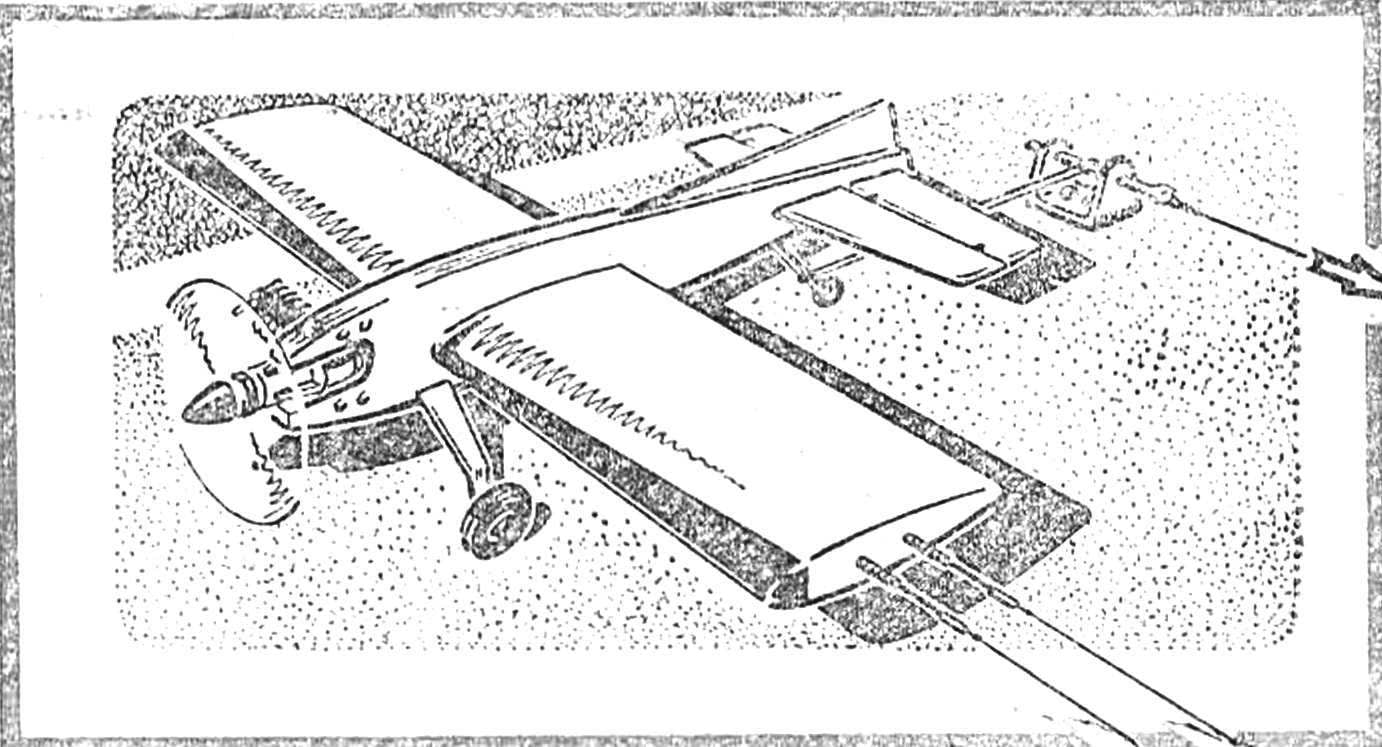 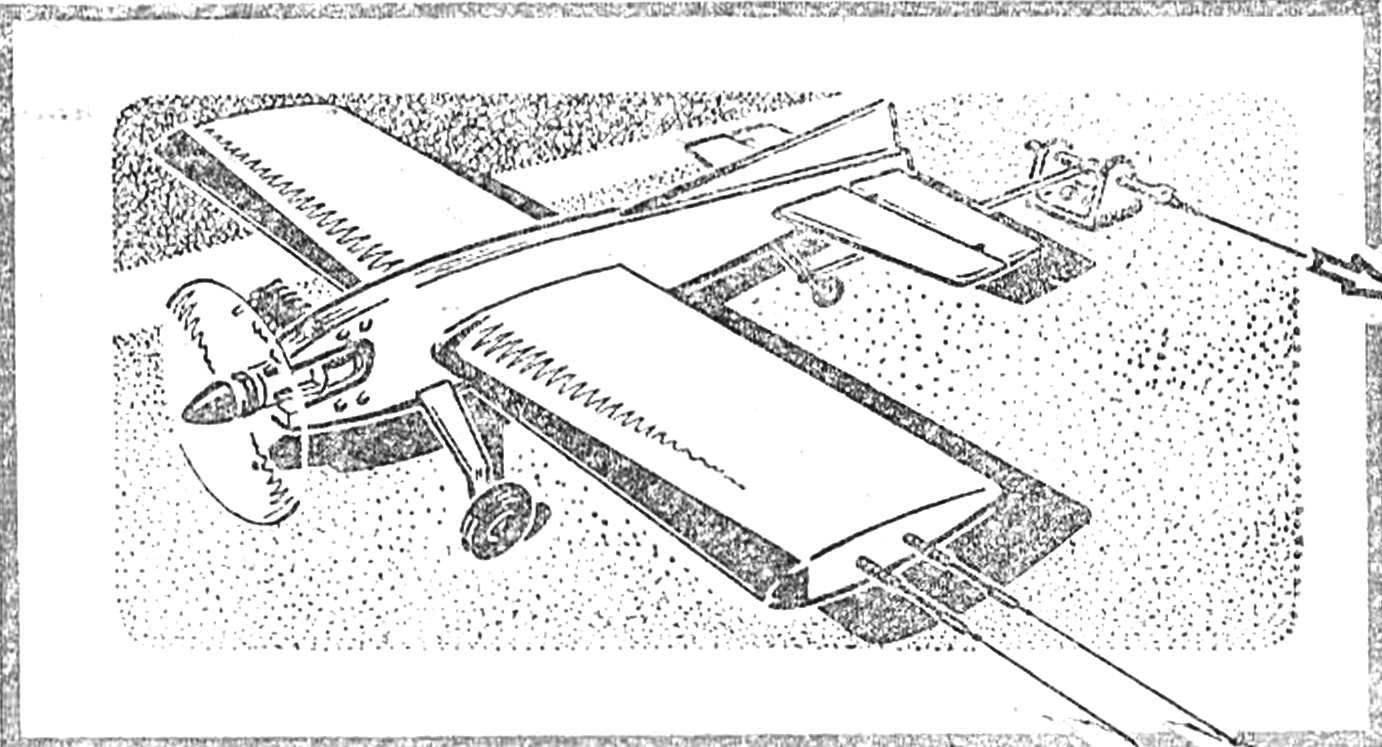 If all the other aircraft models EU chose kordovye, certainly, but successful flights behind you, still a lot of “model wood”, without which no cost pilot training. And not always the cause of the error is “pilot”. Quite a bit gape to the landlord: before you release the model or ask her the wrong direction and no effort the pilot will not save. There were times when in the heat of competition microplane left in the air before the athlete has time to go to the control stick!
To avoid such situations, use the autostart system, proposed by I. baylo from the village of Tussock in Odessa region. He recommends that before you run the cord to secure in close proximity to the runways (not to disturb the fit is a little closer to the center of the circle) P-sbresny bracket. Through both his cheeks, is the stud to her ear tied a long thread. Running the engine, put on the track, and the tail wheel is connected to the machine with thread loop, worn on the pin. Now you can safely approach the control knob, slowly get ready to start. The left hand should be sharply pull the thread of the studs. She will be released from the bracket, and the model, freed from the leash, going to take off.