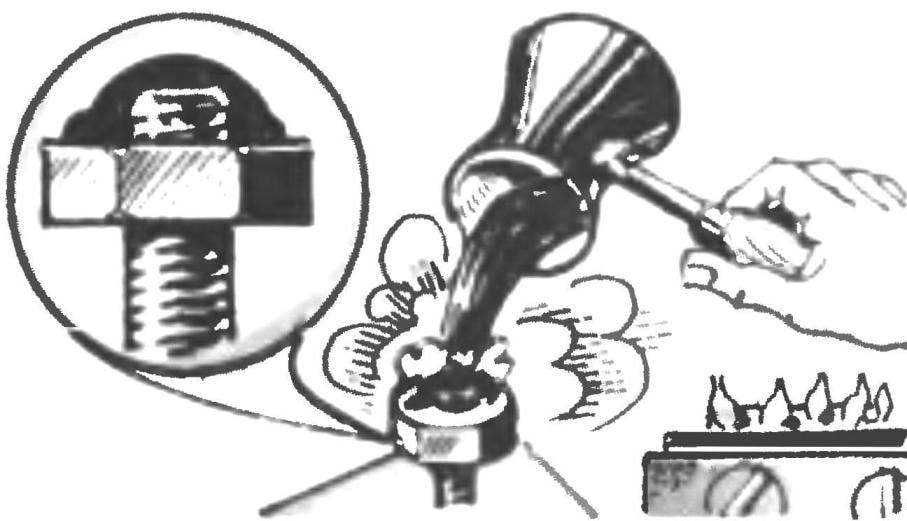 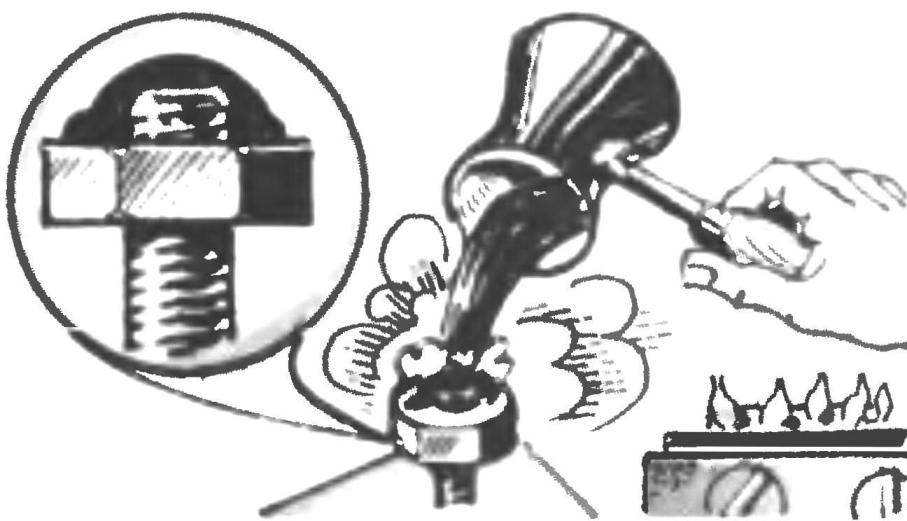 Under certain operating conditions (e.g., vibration) threaded connections progressively’m quite unhinged by it. To avoid this, do not have to screw the lock nut: its role can play and a kind of cap, bitumen or melted plastic coated on the end of the bolt and nut.
V. GOLOVASHIN, Rybnoe, Ryazan region.