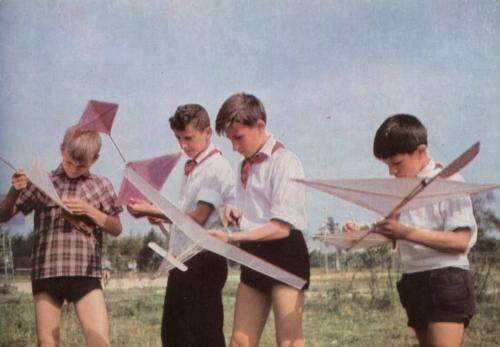 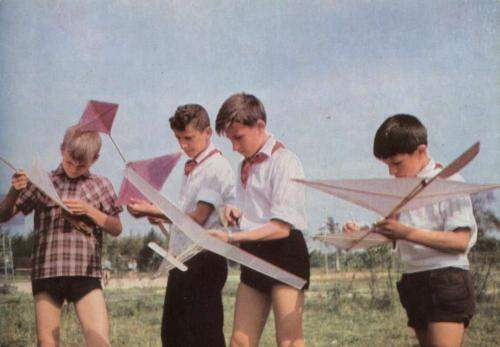 Over the summer, and the school bell again called the boys behind the Desk began a new school year. But they will long remember the wonderful time spent in summer camps, fascinating trips, full of excitement sports, unforgettable encounters, campfire songs.
But in Volgograd the children vacationing in the pioneer camp named after 81-th guards division, these memories will be added and their unusual launch, built with his own hands, the first detail, carved independently on this machine, the sound of the engine of a small nimble race car.
Externally, summer camp is no different from many others: the children comfortable residential buildings, a sports complex with outdoor swimming pool, a rich arcade. And the period of the camp, all the same, a little more than 20 days.
This externally. But on closer acquaintance with the life of the camp, with the content of the work of all the teaching staff are convinced that here everything is subordinated the uniform purpose — to labor education of the younger generation, professional orientation, preparation for the future change of the working class.
Don’t forget that summer is primarily a time of rest. But concern about the involvement of children in technical creativity, the desire to acquaint them with the ever developing world of modern technology, production — here is a guide rod, around which the entire educational work.
The camp runs 10 circles of technical creativity. Anyone displaying an interest in technology, finds it to his liking. For fans to build a sports model open, ship-building, aircraft and flying clubs. And although for two or three weeks is practically possible to construct only simple models of enthusiasm among young artists abound ahead — camp competitions. Guys are passionate about kinoportal, studying shooting technique, acquire the skills of operators; a design transistor radios and measuring instruments. For future drivers, there is a section for karting, which is studying the device map, the principle of operation of internal combustion engines, improve driving practice. Not forgotten here and the kids in a circle “Young watchmaker”, they collect real operating clock of the design sets. This year the first group of children were initiated into the secrets of the skill of the operators, Telegraph operators.
And finally, the pioneer plant of… someone, those words can bring a smile. But such a plant really exists and has a name — “Samodelkin”. It is located here in the camp. In a few workshops are equipped with these machines: drilling machine, lathe, woodworking and some other equipment.
Working on it the pioneers. And not only work, but also to manage, although still simple, but still a production, with many of his services. Among the pioneers are appointed by the Director, chief engineer, specialist, logistics and master of technical control.
— Of course, in the initial period of the formation of our plant difficulties enough, — tells the Director of the camp Nikolai Krasyukov. — In the beginning was an idea — to create a center of technical creativity, in which children could in the short term the camp to get the starting skills the simplest tool to get acquainted in General terms with the principle of operation of the machines and their design features. Faced with the problem of premises, required machinery, not to mention the materials. Thanks to the help of industrial enterprises, understanding and interest of their managers in creating such a center, these problems have been solved.
Started by guys with small repaired sports and household equipment of the camp, made of simple arcade master models of military equipment for game “summer lightning”.
This year pioneer factory opened its doors for the seventh time. Its popularity is growing every year. This is due not only to the increase in the number of guys taking it the first “production” practice, but the importance, the necessity of their products.
And she really needed, and not just for the camp. Two years ago, the leavers felt their involvement in the Affairs of adults — they are made at the request of the plants of the first batch of wooden handles for hand tools. And since then, the pioneers constantly perform various orders of chiefs.
Young engineers camp to assist and the sponsored school farm “Suburban” Svetly Yar district. They make for cabinets of physics and chemistry visual AIDS, equipment for conducting experiments.
All students work at the pioneer plant by experienced technician George S. Osipenko, the teacher of one of schools of Volgograd. Deep knowledge, ability and skill he gives to the children who grow up here are hardworking, passionate about. George S. is not without reason believes that the interest in a working career since childhood can be a sense throughout their lives.
Among his pupils there are those whom he calls “professionals”. To them George S. include primarily those who, once having crossed the threshold of the pioneer plant, every summer arrives once again and continues to improve his skills. They become active helpers in working with beginners.
The lack of people willing to work to try his hand at plumbing workbench or woodworking machine never. In the camp over the summer, more than 250 children are peculiar labor practices. Of course, not all of them subsequently becoming operational, will connect the future with the production, but, of course, will always retain a good memory of my first labour collective, about their first teachers, who instilled in them a deep sense of respect for the work, to the trades.
Every year many millions of guys preparing for the exam on creative maturity in training workshops of schools, in technical circles of the Houses and Palaces of pioneers, syut and Kutah. But it is better to use for this and the summer time summer camps?
This issue can often hear, even from experienced teachers. One of the possible answers, in our opinion, gives the experience of summer camp behalf of the 81-th guards division. The photo of him on the 2nd page of the cover.
A. RAGOZIN