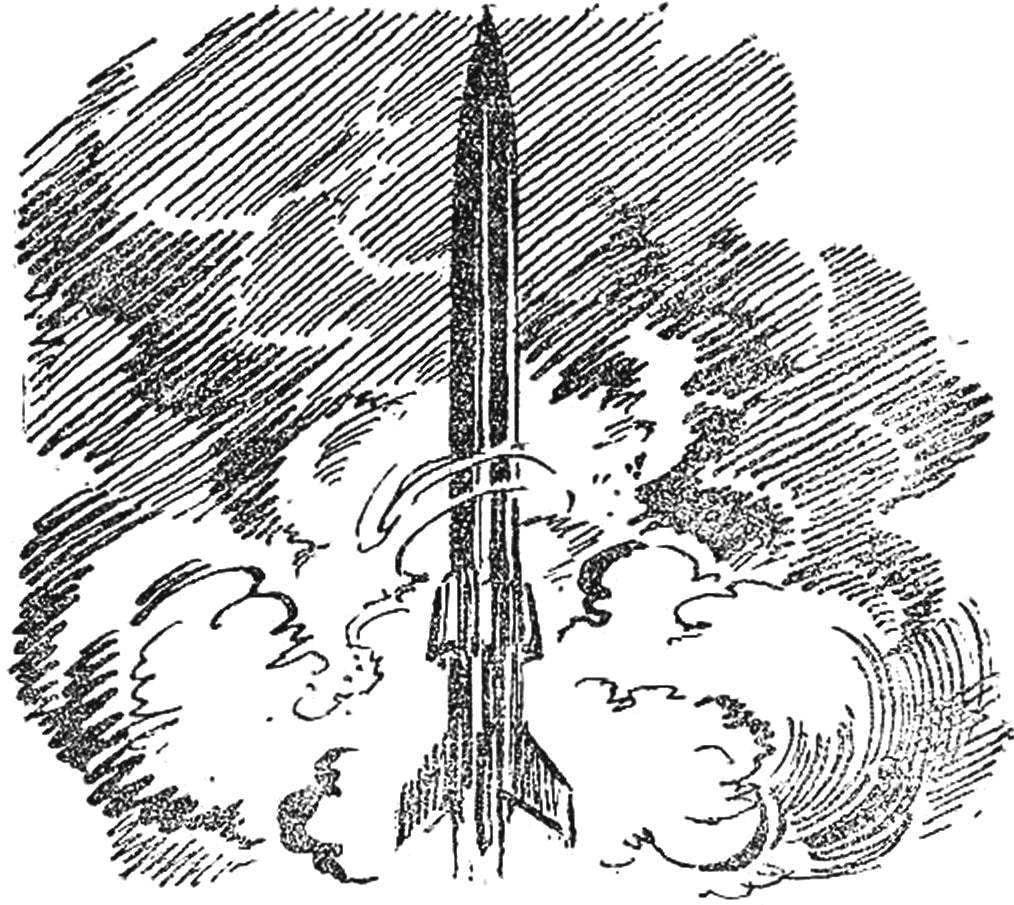 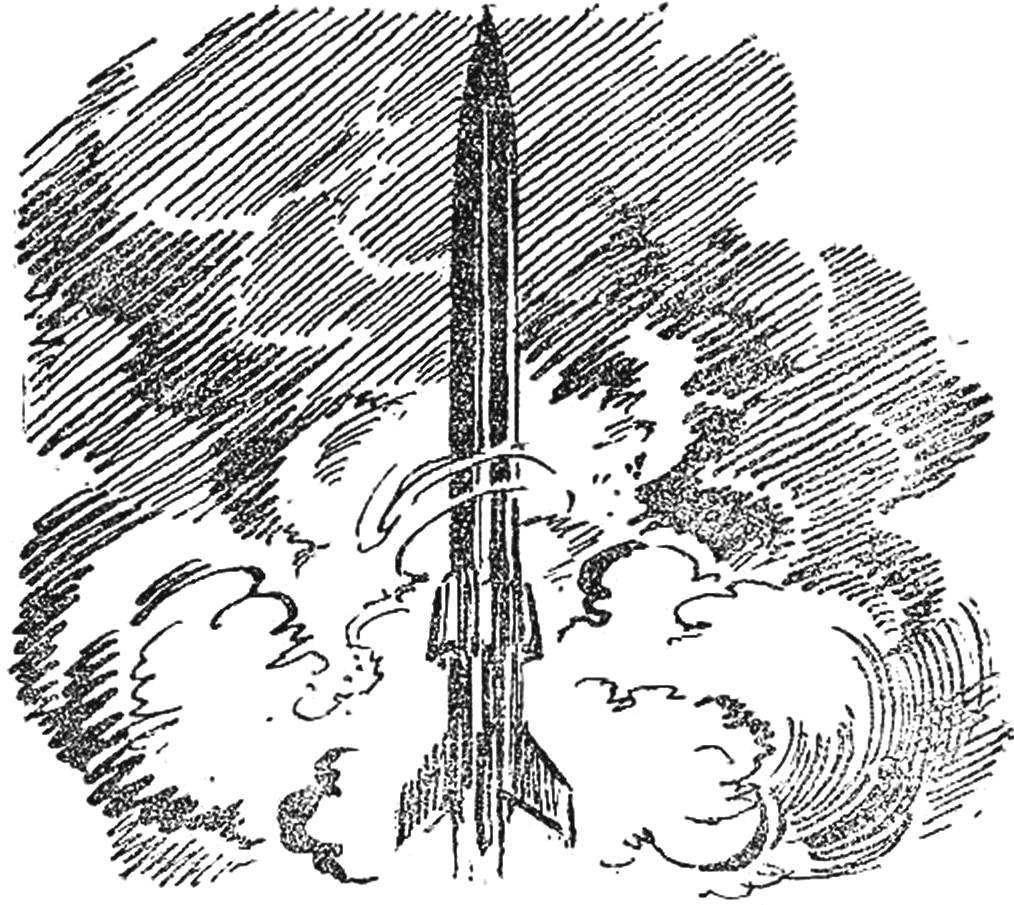 For the study of near-earth space in the United States since 1948, began to build rockets “Aerobe”. To date released a large number of their modifications. A two-stage rocket “Aerobi 100”, the description and drawings which we published, are very useful for modeling. It is easy to manufacture and available to the modelers for the second year of study. Its flight is quite stable and shows good sports results. It is possible to participate in competitions of any rank.
The eighth-grader from the city of Elektrostal Andrei SICAV, speaking with the model “Aerobi-100” Moscow regional competition of rocketmodeler, took second place. His rocket climbed to an altitude of 224 m.
The engine first (starting) stage, solid fuel, and the engine of the second stage — liquid.
Section motor compartments made of stainless steel. Stabilizers both stages dural, their front and side edges sharp. Aluminum fairing head portion structurally divided into two parts. The parting line is clearly visible in the figure. It is possible to reproduce on the model.
Painted the rocket in white and black colors. Housing the first and second stages are white. The stabilizers on one side white, the other black. The inscription “Аегоbее 100” and “Jr” in black are on both sides of the body of the second stage. “NRL 51” — factory serial number of the rocket is applied to stabilizers: white background — black, black — white. At the first stage on each side of the stabilizer, and the second — only on white.
The weight of the rocket — 637 kg ceiling with a load of 18 kg — 160 km and a payload (18 to 45 kg) is returned by parachute.
With the model a two-stage rocket “Aerobi-100” you can compete in the class K-2. The requirements towards the models of this class, the starting weight should be no more than 120 g, the total impulse of engines — from of 5.01-10.0 n·s.
The proposed model is made in scale of 1:15 to the prototype (reduction ratio determined by the outer diameter of the engines), equipped with two engines of 16-gauge impulse 5 n·S.

“Aerobi-100”:
1 — head part 2 — the case of the second stage, 3 — ribs, 4 — stabilizers of the second stage, 5 — transitional farm 6 — case zervou stage 7 — the stabilizers of the first stage, 8 — nozzle.
Case first stage of the glue on the tube Ø 21 mm two layers of drawing paper. The clip for the engine carved on a lathe from basswood and glue on the resin ED-5. Transitional farm manufacture of duralumin and with the help of resin glue to the top of the housing of the first stage. Stabilizers — balsa plate 4 mm thick, shaped, glued butt joint to the body. The weight of the first stage, approximately 11 g.
The housing of the second stage glue on the mandrel Ø 24.5 mm two layers of drawing paper. Stabilizers — balsa plates of 6 mm thickness of the stiffener is made of Linden slats cross-section of 3X3 mm.
The head part of the model is carved on a lathe out of birch. A parachute with a diameter of 300 mm made of mcalenney paper, paint it in bright colors. The weight of the second stage with a warhead and parachute of about 55 g.
Model double-cover with nitrocream, then prosopalgia. Then apply three coats of glue AK-20. After drying each layer of adhesive be sure to treat the model with sandpaper. The finished model paint in white and black nitro. The inscription “NRL 51” it is better to make a stencil, and the inscriptions “Аеrоbее 100” and “Jr” by hand with a brush.
If you have correctly manufactured the model, her starting weight will be no more than 116 g.
MAIN DIMENSIONS, m:
Maximum length……….7,79
The length of the first stage…..1,66
The length of the second stage…..5,87
The length of the head portion……2,10
The range of stabilizers…1,60