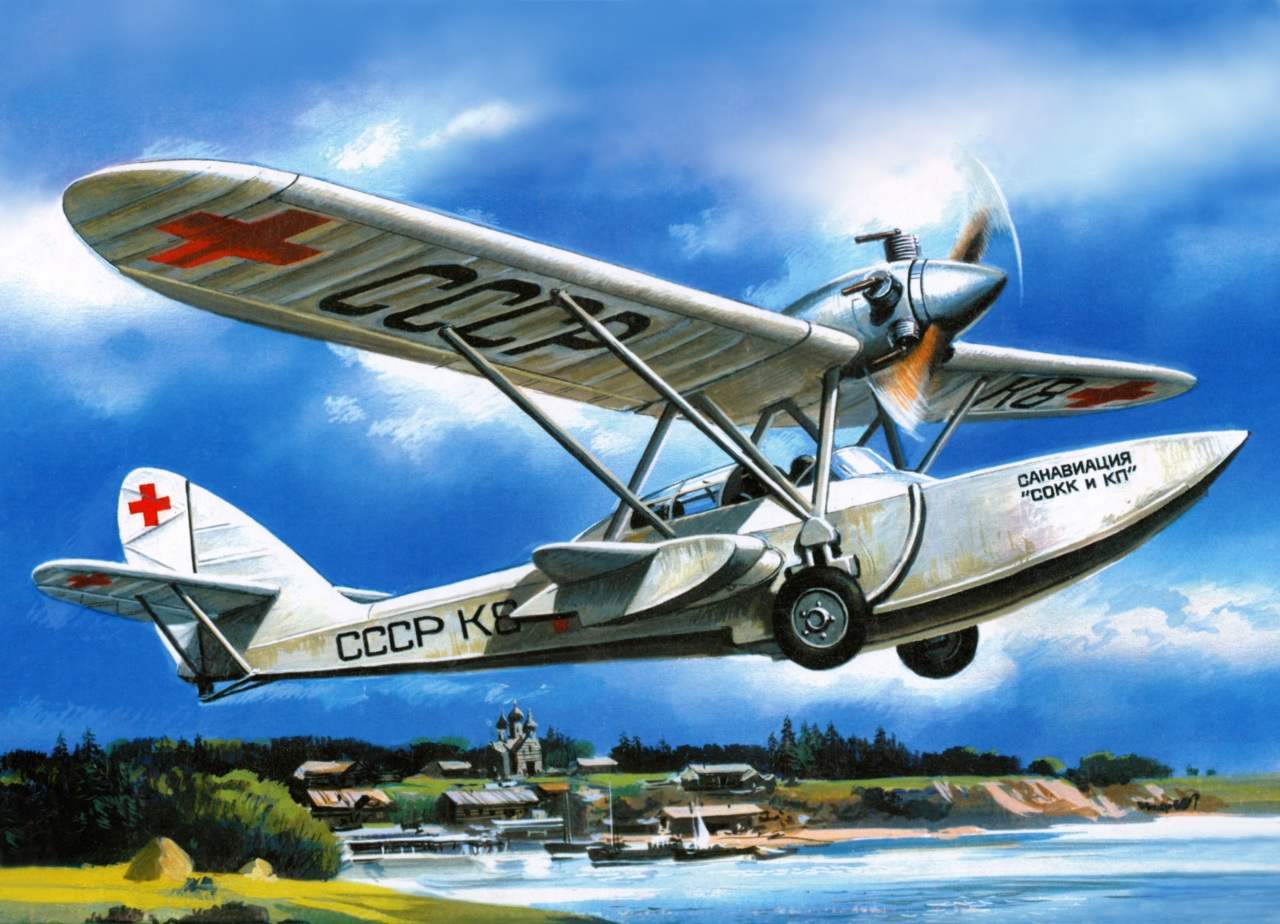 The film was shot on Borodino. The Director V. Pudovkin took the aircraft of the pioneer of Russian aviation. The film “two comrades were Serving”. Director E. Karelova needed “Nieuport” and “Farman-30”, flown in the first world war.
But… the aircraft Mozhaiskogo in parts sold from the auction immediately after the death of the designer in 1890. “New day” and “Farman” behind prescription of years did not survive either. The filmmakers sought out those people who pins to remember or see with your own eyes first flying “shelves”, get to know their device to vague schemes, and scarce technical materials to recreate the lost car. That is needed from three people: an experienced aircraft designer, to recover the construction in the drawings, the knower of the flight engineer is able to build out of wood and plywood, the venerable historian of aviation, which advises the work of the first two.
“Mosfilm” lucky aircraft designer, aviation engineer and historian has been found in one person — Vadim Borisovich Sharov. 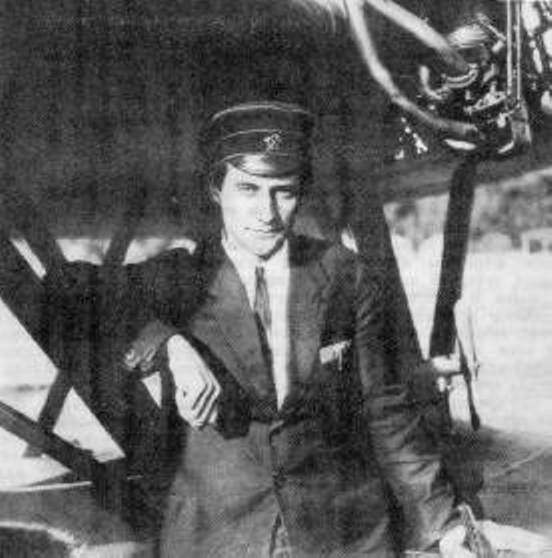 Aircraft V. B. Shavrov
…ROS Vadim B., in the family of an artillery officer, but a military career did not attract him. In 1914 he entered the St. Petersburg Institute of engineers ways of communication. Once it was in the years of the civil war — students sent to a topographic party in the Volga region and the North Caucasus.
The party, which was young Shavrov, worked on the directions of the Saratov — Moskovskaya, Abdulino — Kokchetav, Tsaritsyn — V.. Next was fighting. But the weapon surveyors was levelling pipe, and the task is to urgently find the line for the transportation of ammunition of the red Army. And they “fought” their own peaceful devices. Prospectors decimated typhus, many perished under the swords of the Cossacks. But the task of Soviet power was performed.
In 1920 he resumed the work of universities, including the Institute of engineers of ways of communication. Shavrova was struck by the layout of forces by faculties: land — 1,500 water — 200 on a new air — 6. Shavrov entered on the “unpopular” air and finished it in 1924, a flight engineer and received a diploma at number 2. He worked as a head of the airport on the first air lines in Central Asia, and in the absence of the States he sold the tickets and donated the proceeds, and then loaded the Luggage on the plane. Much trouble brought him to the airport — in the summer it was covered by the Sands and the balls of the roller coaster, in winter, flooded with water, and the air stopped. And perhaps that’s when the imagination first drew in front of Vadim Shavrov amphibious aircraft, which does not need to build expensive airports and to keep the States aerodrome service for which the airport all the earth is mine: its sand and snow, seas and lakes. When at the end of 1925 he was in KB Grigorovich who designed the seaplanes, his hand instinctively created on the drawing paper silhouettes. At home, in a spacious city apartment with engineer V. Corvinus and mechanic N. Funtikova he began to build his first plane in full size. Curious citizens of Leningrad found out about the unprecedented “aviation home”, flocked into the apartment, was questioned, and even then, the amphibian has been unofficially called “sabrosky”. Shortly, pulling through the window into the street, she was taken to escort the curious to the airfield where she was testing in the Gulf, and then, piloted by Glagoleva, its course has safely reached Moscow. It began to produce commercially.
Pilots Siberians say that Obi and now you can still see the hydroplane sh-2, created on the basis of “Domostroenie” sh-1 in 1930. So, 45 years in service? Longer than official longevity Soviet aircraft Po-2. The unprecedented case in aviation, where design often becomes obsolete in a period of testing, and even failing to get off drawings.
Something fundamentally important and long lasting was laid by the designer of this plane. So what? The completeness and perfection of design? Harmony of form and content? Necessity people? And maybe that, no matter how the increased speed of today’s turboprop and jet machines, remains an immutable fact of 70.8% of earth covered Voda, 108 346 km of coastline only in our country, in the USSR 150 thousand and 250 thousand lakes — ready “airports” for amphibians. And with that in mind, the designer Vadim Shavrov his long life designed aircraft to flying fields are created in abundance by nature. 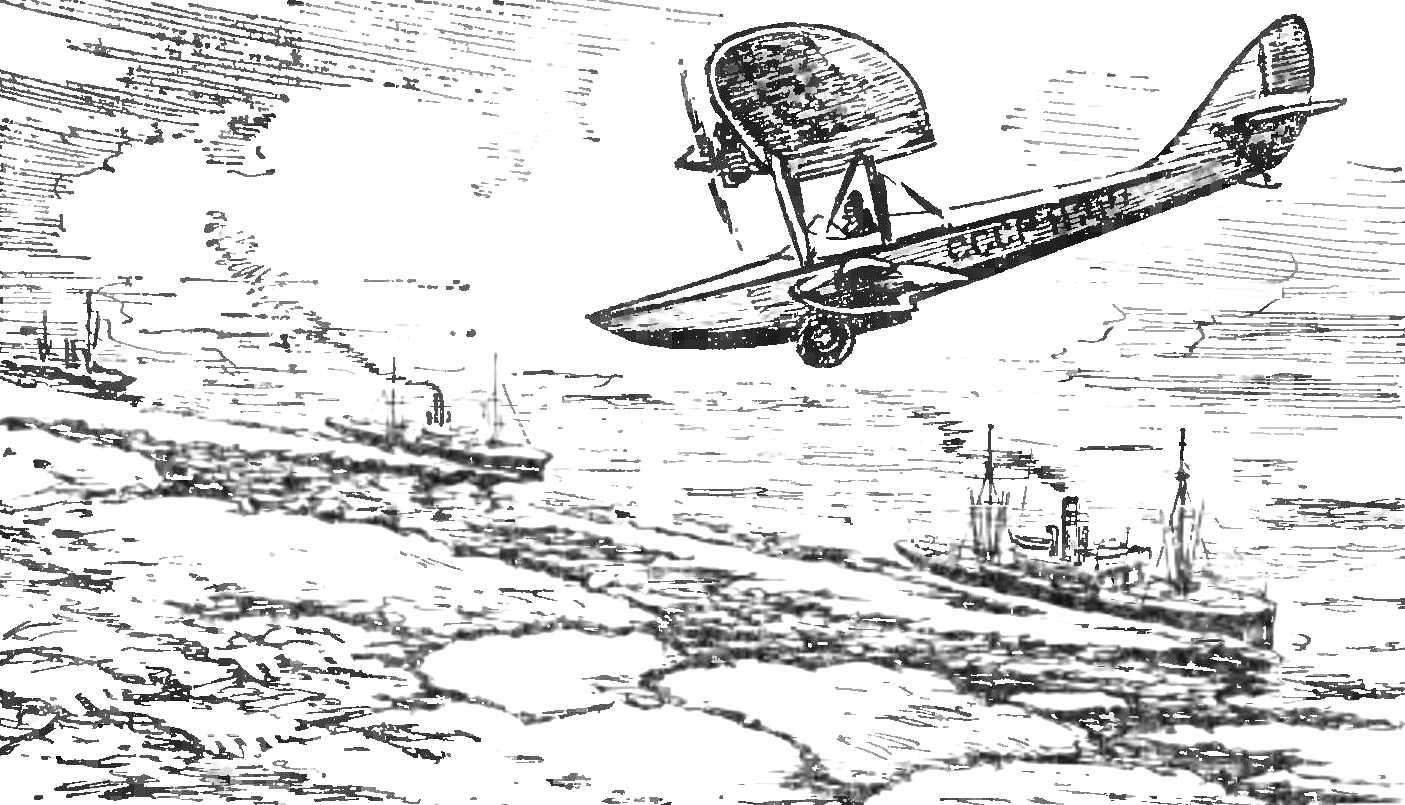 …In KB of one of the aircraft factories hangs a picture of a bumblebee with the inscription: “the Relatively large weight of this insect compared to a small carrier plane his wings theoretically makes the bee unable to take off, but… bumblebee doesn’t know that and flies only so.” But people should all know…
This inscription is directly linked to the fate Sharov. In fact — in our country it is known as the aircraft. And all over the world by V. B. Shavrov famous as a scientist-an entomologist, collections which are the envy of major museums.
In the house of Vadim B. shavrova wall hung flat glazed drawers containing beetles. There are several thousand. From all over the world friends brought bugs, knowing that long-standing passion of the owner. From the tiny — a grain of wheat to giant — man’s hand. And land, and water, and “amphibians”…
Bug raised due to strokes of the wings, and soaring, fold them five times. Although the analogy between the beetle mahalla and a seaplane would be difficult to undertake, not by chance, designer Shavrov for the first time in aviation got the idea to do the tray upper wing, console, which could be folded back, no accident first amphibians appeared raised chassis, coarse calico covering “sabrosky” covered with dope, becoming waterproof.
In a very simple and cheap design of sh-2 was more than one original find — the plane could be hung on a hook for easy launching from the ship. Lower wings with floats lateral stability securely holds the boat on the water in any wave.
Apparently, all these advantages made the “sabroso” ageless, despite the speed of 145 km/h came Down with a water aerodrome, the Italian “Savoy”, English “Avro” and the German “Junkers” and “Dornier”, but still continued to fly their peers — reliable “chawarski”.
Sought fish stocks, guarding the forest from fires, scouting minerals. They took with them the Soviet ships, storming the Northern sea route, “Chelyuskin”, “Litke”, “Krasin”, for ice reconnaissance.
…And Vadim Borisovich Shavrov became a historian of aviation. And this is another of the apparent paradoxes of his biography, upon closer examination, appearing logical and natural step.
Designers of airplanes a lot, even brilliant, what was and remains Shavrov. And naturalists — Linnaeus — too much. But to take on the truly Titanic work of gathering nuggets of history — for it can only be taken in units, it is on the shoulder just slightly. 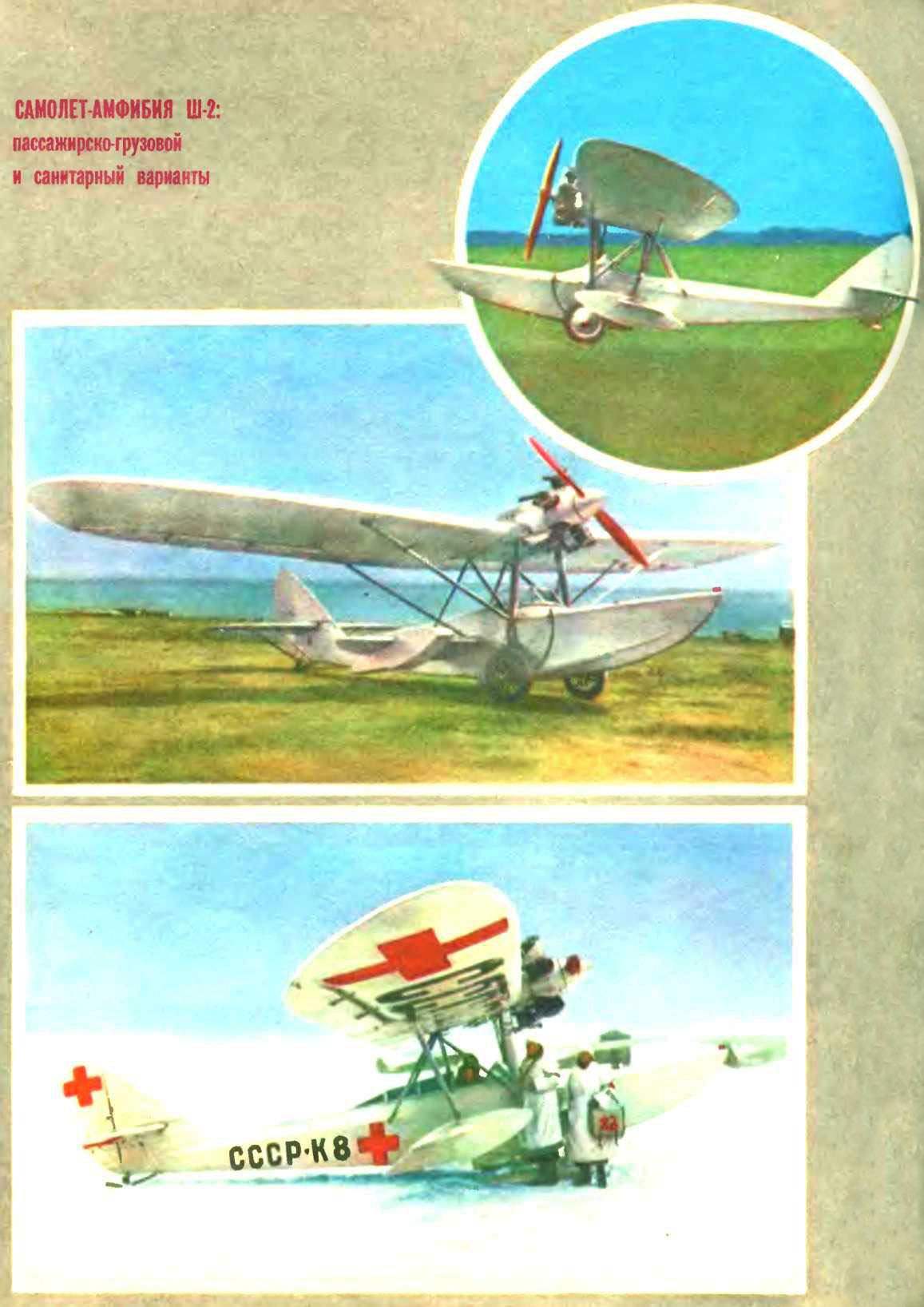 From the first steps Shavrov faced with the need to solve problems with many unknowns, less travelled by. Then suddenly emerge a forgotten history, but worthy of the memory of the name, and there are no materials about him in the archives. We know that was the original draft of this, but there are no drawings nor documentation. And researcher interviewed witnesses and participants in the events, meticulously restored and brings together the damaged by time documents and drawings suddenly, the aircraft designer, to build a model of the lost plane and the whole aircraft life-size, as Mozhaysky.
800 original types and modifications of Russian aircraft in 1909—1S38 years found, systematized and described in the first volume of the “History of designs of planes in USSR” by V. B. Shavrov. Experienced, experimental, serial, and flew Naletova, unfinished and even those that existed only on paper… the book clearly traces the history of the formation of ideas and directions was the development of aviation from wobbly wooden “shelves” to high-speed all-metal birds. About it you can’t tell — it is a must-read for all who are fascinated by the sky, because the experience teaches the history of technology to a thinking man does not report on the past, but a means to understanding the future, to find in him the true ways to avoid once made mistakes.
In a 600-page book, none skipped. This full and brilliant chronicle of Russian contribution to the conquest of the humanity of the fifth ocean. Who knows, maybe many of the pages of aviation history would be irretrievably lost, if not undertaken thirty years ago for his work V. B. Shavrov.
Now the publishing house “engineering” is preparing to release the second volume of the “History of designs of planes in USSR” — in 1938 by NIS days.
And once the young designer Shavrov gave himself to the work on a new original machines, so today he selflessly working on a book that will summarize all the achievements of Russian aviation.
Perhaps those are right who say that the secret of the restlessness of man in his commitment to his life’s work. In the great strength of this commitment.
L. ZHUKOVA