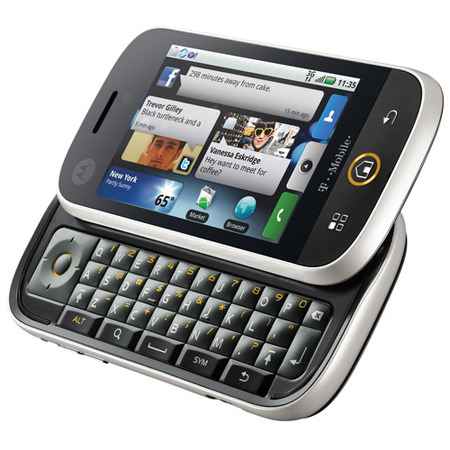 The Internet giant Google has made its greatest purchase, which will provide a powerful springboard for competition in the mobile market with Apple. Yesterday, he agreed on the acquisition of American smartphone maker Motorola Mobility.

The amount of the transaction approved by the boards of Directors of both companies amounted to $12.5 billion Google agreed to pay $40 for each share of Motorola Mobility, which is about 63% more than the market price at the close of trading on Friday.

The deal is expected to be completed by the end of 2011 But before that she needs to be approved by the shareholders of Motorola Mobility, as well as regulators in the US, the EU and other countries. After completing the transaction, the Android system will remain open for third-party companies, Motorola Mobility will continue to operate as a separate division of Google.

Motorola Mobility is actively used in manufactured devices the Android mobile operating system developed by Google. The parties expect that the acquisition will enhance the competitive quality Android on the mobile market. 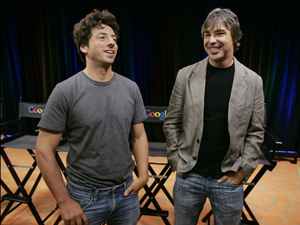 The Google founders Sergey Brin (left) and Larry page have long been closely in the Internet.

“We are confident that the merger of Google and Motorola is a natural step for our companies. Together we can create exciting opportunities for users, which will improve the entire Android ecosystem, making it more convenient for customers, partners and developers. We are pleased to welcome all employees of Motorola in the Google family,” said Google’s CEO Larry page.

After completing the deal, Google will have the opportunity to design mobile devices and develop software component for them. The success of this strategy is demonstrated by Apple, which managed to take first place in the world for the supply of smartphones, offering just two models in contrast to the competition, throwing on the market dozens of different devices.

“This will help both of our companies. This is a breakthrough that opens for us great prospects”,— commented on the deal, the press Secretary of Motorola Mobility Jennifer Eriksson.

Recently Google often makes purchases of companies. The Corporation absorbed founded in 2010, startup Dealmap, specializing in the collection of information about offers discounts from 450 sources. So far, Google didn’t spend so much money on a single purchase. The largest absorption in the history of the Internet giant considered acquiring in 2008 DoubleClick, dealing with the technology of online advertising, for $3.1 billion.

According to analysts, the main motivating factor for the last transaction Google was access to the patents of Motorola. Previous attempts by the Internet giant to enter the smartphone market failed due to lack of intellectual property in wireless telephony.

Earlier this month, after failing to buy thousands of patents from bankrupt Nortel Networks, Google chief legal officer David Drummond accused Microsoft, Apple and Oracle in collusion for the purpose of acquiring intellectual property to prevent the development of gaining popularity of the Android system.

After Nortel’s intellectual property, consisting of 6 thousand patents sold for $4.5 billion, investor Carl Icahn began to persuade the managers of Motorola Mobility to “explore alternatives” for its portfolio of more than 17 thousand of patents in availability and 7.5 thousand in the registration process.

“The Google deal is a great outcome for all shareholders of Motorola Mobility, especially in light of today’s falling markets. Motorola demonstrated activism at its best and we applaud the management and Board of Directors for such a quick response to our request,”— said yesterday, Carl Icahn.

According to the research company Gartner, Android is firmly entrenched on the podium of the most popular system for smartphones. Sales of phones based on it, thanks to the efforts of Samsung and HTC for the year has quadrupled in the past quarter took 43.3% of the market. Apple is content with a share of 18.2%.
“We welcome the news of its purchase of Motorola. She demonstrates a persistent commitment by Google to defend Android, its partners and the ecosystem”,— was glad for the competitors and partners, the head of the mobile division of Samsung JK Shin.

Motorola in the 90-ies. was one of the pioneers in the field of mobile telecommunications, but under the pressure of competition has lost its leading position. In 2011, the company was divided into Motorola Mobility and Motorola Solutions, which specializiruetsya in the production of radio equipment for emergency services, and scanning devices for retailers. In 2010, Motorola Mobility declared a loss of $79 million on revenue of $of 11.46 billion.