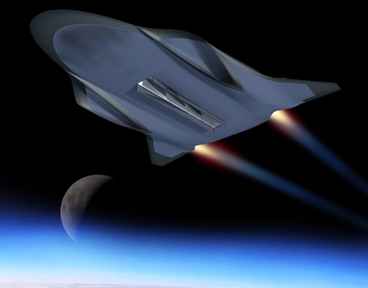 The US will experience world’s fastest plane.

The US will experience in a real flight the world’s fastest aircraft, capable of speeds 20 times the speed of sound. The way from new York to Los Angeles, usually takes more than five hours on this machine takes only 12 minutes and from London to Sydney – less than an hour.

If successful, the trials will be possible to speak about the approaching era of passenger suborbital space travel between different points of the planet – like in science fiction books and movies. But the main purpose of the test is not civil and military.

Hypersonic Falcon HTV-2 is a development of the American Management of perspective research programs in the field of defense (DARPA) and is a superweapon of a new generation. The idea of the Pentagon, on this machine in less than an hour you can deliver and reset, for example, a nuclear bomb anywhere in the world, writes The Guardian.

The shape of the plane resembles the tip of the spear (image HERE) his Whole body continuous – wings in the conventional sense. The length of its small – only 3.7 meters, the flight speed is 13 mph (almost 21 thousand kilometers per hour). For comparison, a supersonic aircraft such as the Soviet MiG-25, which was established 29 world records, for an hour, overcome by 2.4 thousand kilometers.

The housing consists of an experimental composite material to withstand very high temperatures. For example, in the reverse entry into the atmosphere it will be about 800 degrees Celsius. In principle, the material withstands greater heat – almost 2 thousand degrees above the melting point of steel.

Weather permitting, the Falcon HTV-2 (HTV – an acronym for Hypersonic Technology Vehicle hypersonic means) will be launched in the us air force base Vandenberg in California. A decommissioned ballistic missile Minotaur IV will play the role of booster, which will bring the drone to the border between Earth’s atmosphere and outer space.

There will be separation of the device from the carrier and actually flying at a terrific speed. Falcon will have to overcome 7.6 thousand kilometers in half an hour and fall in the area of Kwajalein Atoll in the Pacific ocean (Marshall Islands). 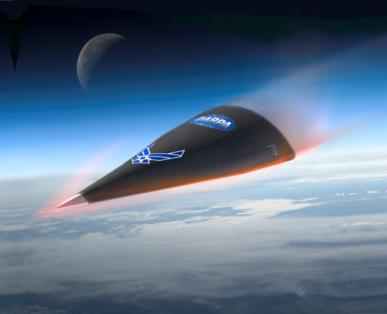 The device, which at the request of the Pentagon began to develop in 2003 and before that was tested in virtual space and in the wind tunnel. His first test run in real conditions in April last year, but was unsuccessful.

It lasted in fact only 9 minutes: a plane for 139 seconds flying at speeds of 16.7 thousand miles per hour, then the onboard computer diagnosed the anomaly and, following the safety program, turned it into the ocean.

However, according to the developers, this failure has given them the opportunity to correct some of the inaccuracies and errors in design and everything that affects the characteristics of the device. But what exactly was wrong during the April test, so still and unknown. Some engineers believe that the apparatus “overheated”, writes The Daily Mail.

According to her, the development, modification and testing of the Falcon HTV-2 has so far been spent 308 million USD. It is planned that it will be fully ready by 2025.