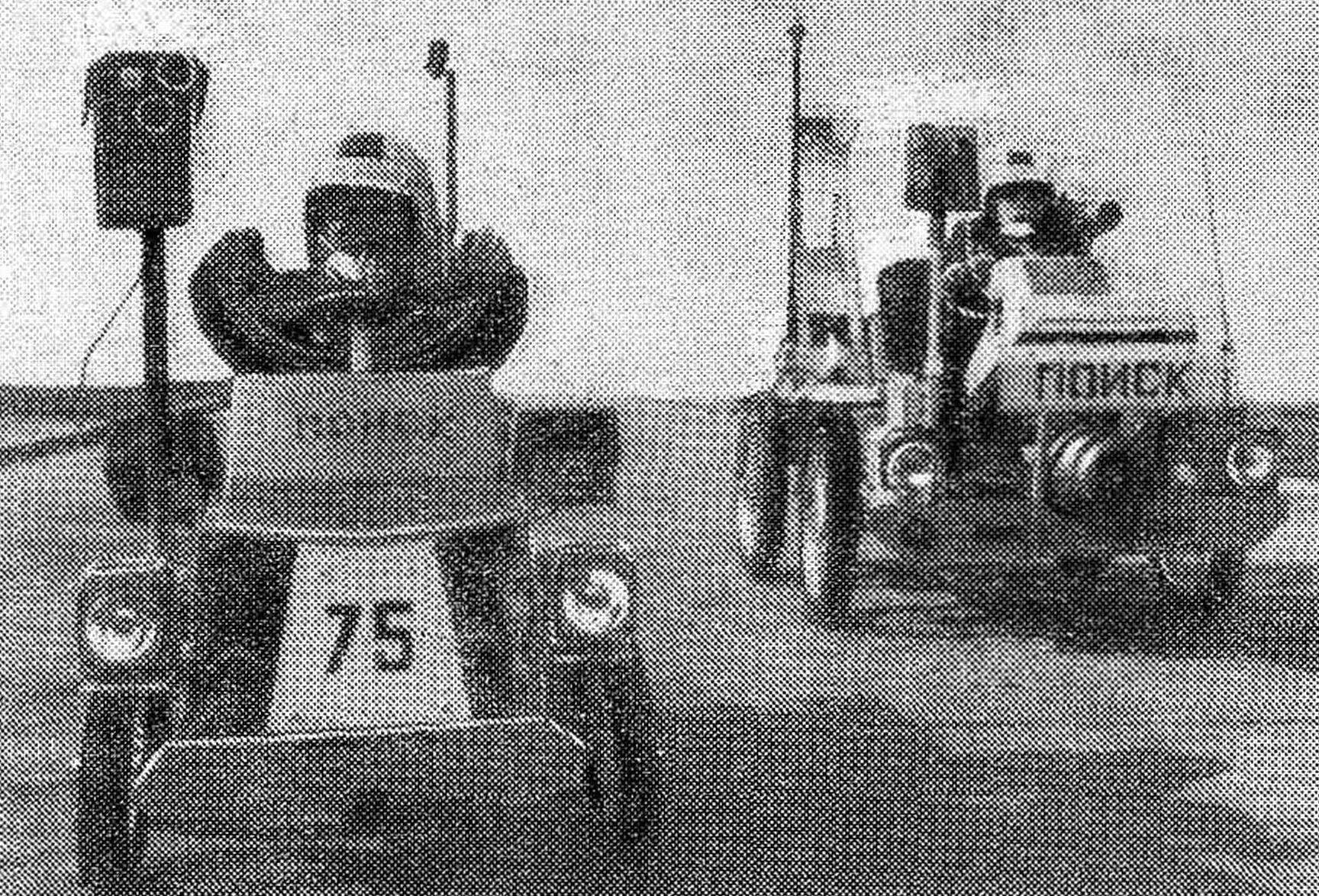 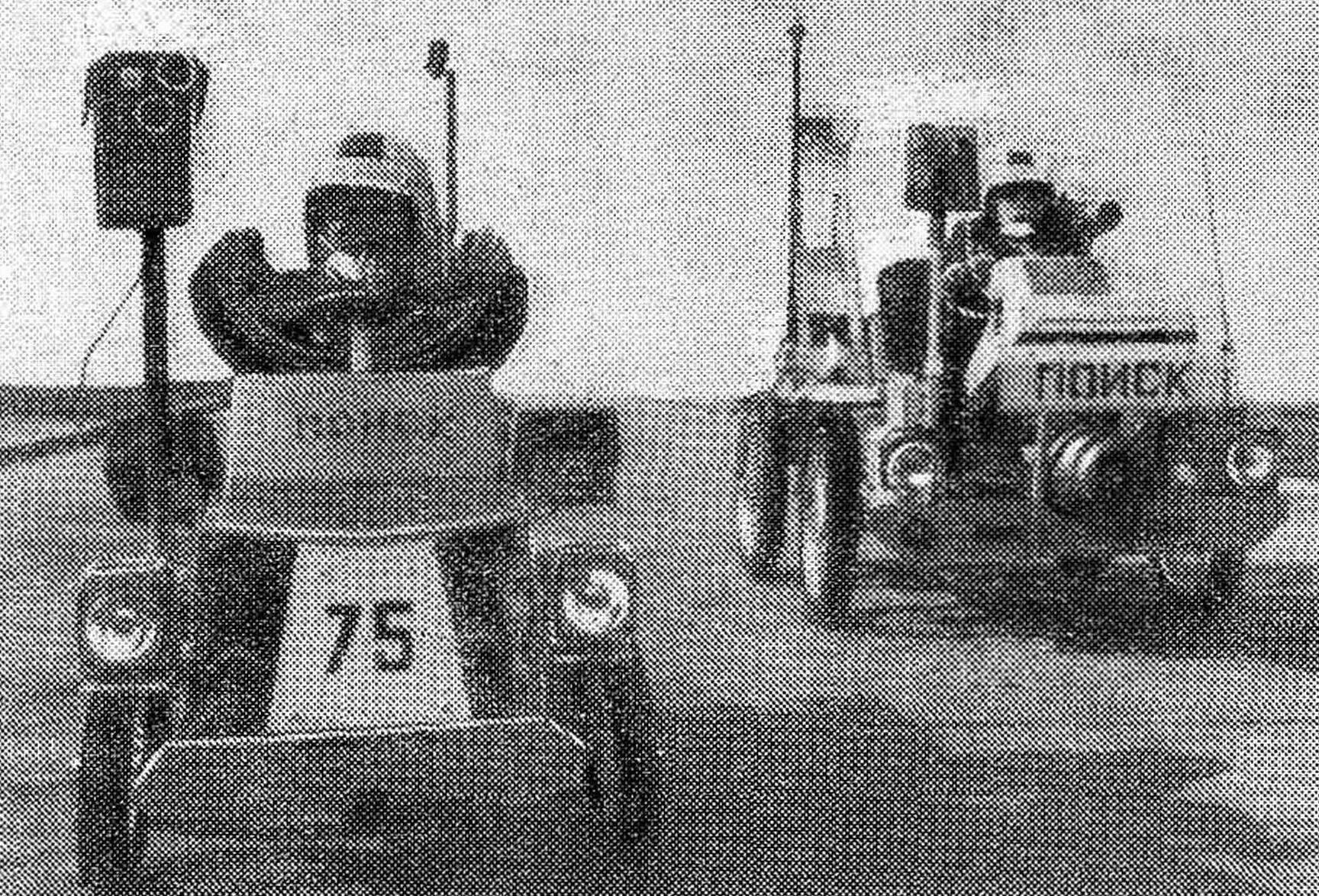 “Any space flight at the present time is a very big and difficult work in space and especially on the ground.
Your job design models and models of rockets, spacecraft and other objects of space exploration in advance prepares you for great creative work related to space exploration.
I wish all the participants of the national competition “Cosmos” great success in this exciting and creative work.”
Pilot-cosmonaut of the USSR
Hero Of The Soviet Union
Yuri ARTYUKHIN
You had to control the lunar Rover? I was lucky enough. Imagining that I’m on an unknown planet, push button control panel. Lunar Rover of young technicians of the House of culture “Search” of the city of Kuibyshev obedient to my every command. Strongly circle crack boulders’m photographing and filming the planet’s surface, which some hours ago landed our spaceship. Straight ahead rock. Include the radar: the rock 7 km…
But, unfortunately, the time has come to return to Earth, or rather, in the Assembly hall of the Central station of young technicians of the RSFSR. Here were summed up the results of V all-Union competition “Space”, dedicated to the 30th anniversary of the Victory of Soviet people in the great Patriotic war. The contest was organized by the journal of the Komsomol “modelist-Konstruktor” with the participation of ENEA of the USSR, of Star city, the State Museum of history of cosmonautics named after K. E. Tsiolkovsky memorial House-Museum of S. P. Korolev.
In spring school holidays, Moscow welcomed 150 students from the Far East and Siberia, Ukraine and the Baltic States, the republics of Central Asia and the Caucasus and many other parts of the country. Some of the children are of the age of the space age, the majority were born after the historic flight of Yuri Gagarin.
The imagination and creativity of young technicians implemented more than 100 models and models of space ships and vehicles, systems of excretion, planetships and spaceships, spaceports and kolmogrov.
The fifth year is the all-Union competition “Space”. And during this relatively short time space simulation has received such wide scope that turned into a passion already not hundreds, of thousands of schoolchildren, became one of the main directions in the technical work.
In the space modeling we need knowledge, and knowledge of such subjects which in the curriculum yet: astrophysics, theoretical physics, automatics, telemechanics. Students study the professional literature, follow the latest developments in space exploration. And of course, learn to think outside the box, not a template. Knowledge shown by the children in the protection of their works, in the opinion of the jury, now deep and thorough.
Among the models presented to defense, most of the art of the future. Well, to understand the guys you can — they are visionaries by nature.
One of the authors of planetary Rover, “Victory”, the man whom I had the opportunity to manage a seventh-grader from school № 2 of the city of Kuibyshev Sergei Kamaev, said that in the next 15— 20 years on solar system planets will appear base for conducting scientific research and construction works. In particular, he and his friends from the club “Search” was interested in the question: what vehicles will begin development of future planets?
— The search for ways to improve cross-wheeled planetokhods, told the jury Sergei Kamaev, led us to the creation of articulated lunar Rover. This solution to our planetary favorably with the lunar Rover that was used on the ship of the series “Apollo”. The design of his frame is such that shaking the cosmonaut experience will be the lunar Rover is the so-called method of enveloping the irregularities of the planet.
…Before us the model of intricate shape. This is the starship Ariel, designed and built by the guys from the Central station of young technicians of Kyrgyzstan. The intent of the designers, on the spaceship, when it leaves the solar system, earn the chief gravity engine. It will emit hard photons generated by the decay of gravitons. A tremendous amount of energy released during this will allow you to accelerate a spaceship to sub-light speed.
The ship’s main electronic brain capable of producing hundreds of millions of operations per second and account for all deviations in the movement of the ship calculated in advance of the course. Beams of antiprotons, which are produced at the command of the main electronic brain, clearing the way for the ship when meeting with meteorites.
Guys think that a spaceship can be created in the foreseeable future. With it, humanity will have the opportunity to explore the world of stars in our Galaxy. But they do not exclude the possibility that, perhaps, people will find other means of movement in space and time.

Report from participants of the V all-Union competition “Space” pilots-cosmonauts of the USSR A. A. Gubarev and G. M. Grechko.
Endless fantasy young earthlings! She revealed in the works presented in the new section of space simulation is “to promote space”. It is interesting to note that one of the items in this section; radio-controlled robot, project, and design that protected the students from the Palace of pioneers of the city of Kaunas, for some time acted in local space Museum as a tour guide.
And the work of the guys from the House of culture named after the 40th anniversary of the Kazakhstan city of Karaganda project architectural complex — adopted by city Council for implementation. And near the time when the city will be built a club for young technicians, planetarium and space Museum.
But it’s time to name the winners. The prize for the simulation of space technology of the future — the Cup of the magazine “modelist-Konstruktor” — awarded to the team of the Moscow city Palace of pioneers for the model space of the research laboratory for studying planets of the Galaxy. Second place was won by the team of high school Duplenkova district of the Yakut ASSR, who built a model “Yakutia” for Mars exploration. The members of the secondary school № 3 of Taganrog — the authors model a spaceship with an ion engine — awarded to the third place. Fourth and fifth places went to the teams of the pioneer district, named after the 26 Baku Commissars of the city of Tbilisi (the model of “Space Adjuster”) and House of culture named after the 40th anniversary of the Kazakhstan city of Karaganda (station model “the Blue planet”).
Cup of the State Museum of history of cosmonautics named after K. E. Tsiolkovsky for the simulation of space technology, this was a guys from the station of young technicians of the city Bataysk Rostov region. They presented a model of the lunar Rover and the lander “Luna-17”. Second place — the team of RCUT the Udmurt ASSR for the creation of a model of “Luna-16”. Followed by team syut Tushino district of Moscow city (automatic test bench for testing rocket engines), cultural Association “Tulachermet” (ship model “Vostok”) and Tula of oblsud (model of the ship “the Union”).
In the section “Promoting space” first place for robot creation-guide awarded by Kaunas schoolchildren. They awarded the prize Zhytomyr memorial House-Museum of S. P. Korolev. Among the winners — the team of the House of culture of the slaughterhouse of the city of Ivanovo (the “Withdrawal and descent of spacecraft “Soyuz”) and syt, the city of Glazov (model of the Martian satellite Phobos).
The teams ranked 1st to 5th place in each section of the competition were awarded with diplomas of the magazine “modelist-Konstruktor” and Star city with the autographs of the astronauts.
Diplomas are also awarded to the staff of the House of culture “Search” of the city of Kuibyshev for the creation of original designs planetokhods, Sergey Osipov — the society of the pioneer district, named after the 26 Baku Commissars in Baku, for the best individual work, and Marat Usmanov from school № 61 of the city of Frunze for the best theoretical training
And yet another winner. They became the most young participant of competition — chetyrehlistnyj Spas-demensk of the Kaluga region school Eugene Chibisov. When he was presented the award, someone joked: “For courage”. Jack makes the first, still tentative steps in the modeling space, but he loves space technology and want to be like the Soviet cosmonauts.
So, V all-Union competition finished. The participants within five days completed an extensive program was cancelled by the experience, enriched with new ideas, met with pilot-cosmonauts of the USSR and associates of S. P. Korolev — former members of Hydra, visited RING of the Soviet Union and Star city.
The best models of the V all-Union contest “Cosmos” became the exhibits of the pavilion “Young naturalists and technicians” VDNH USSR. And later way models to exhibitions in foreign countries, where they will represent the space the youth of our country.
E. DUBICKI, Deputy Chairman of the jury of the V national competition “Cosmos”