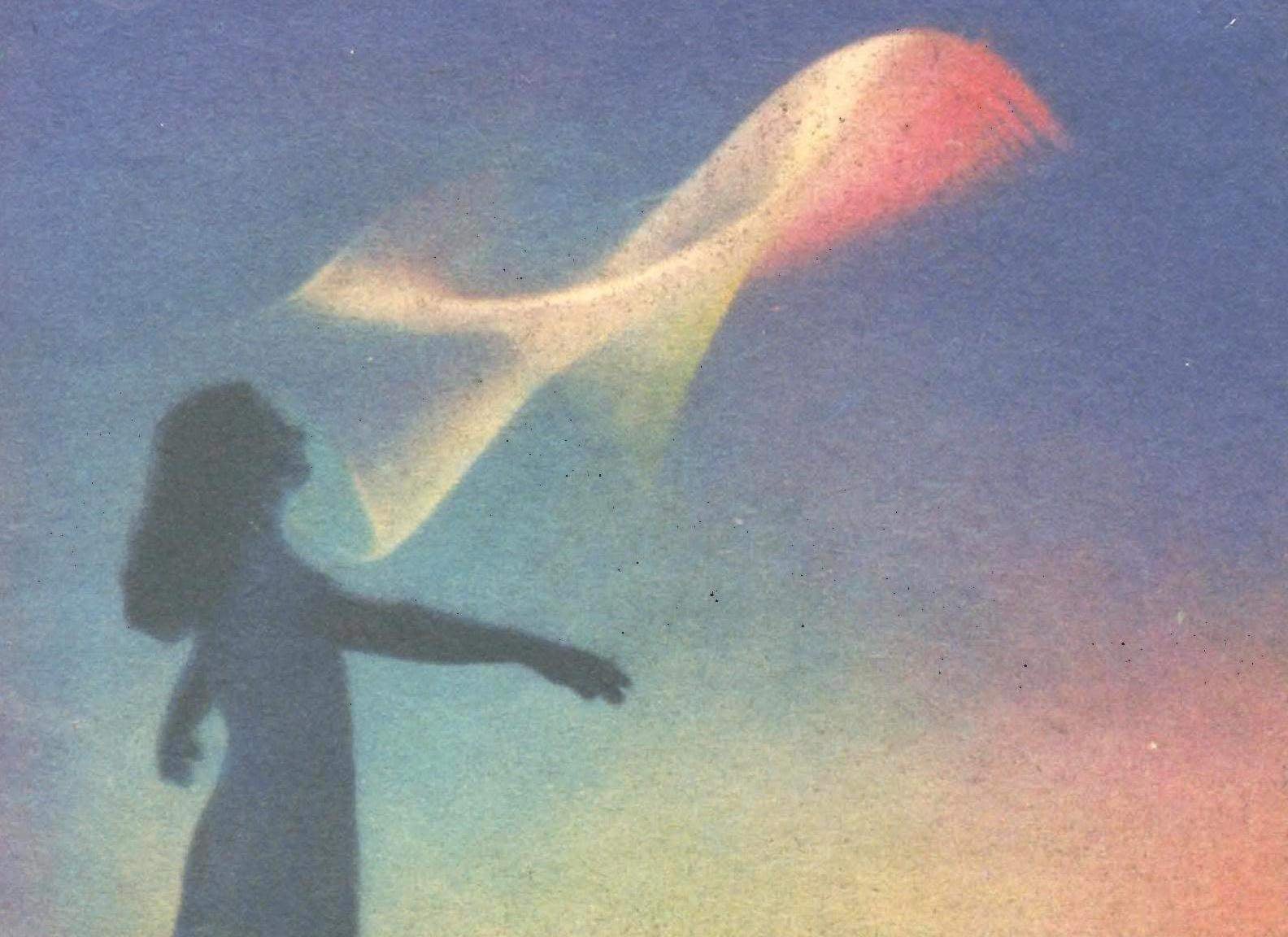 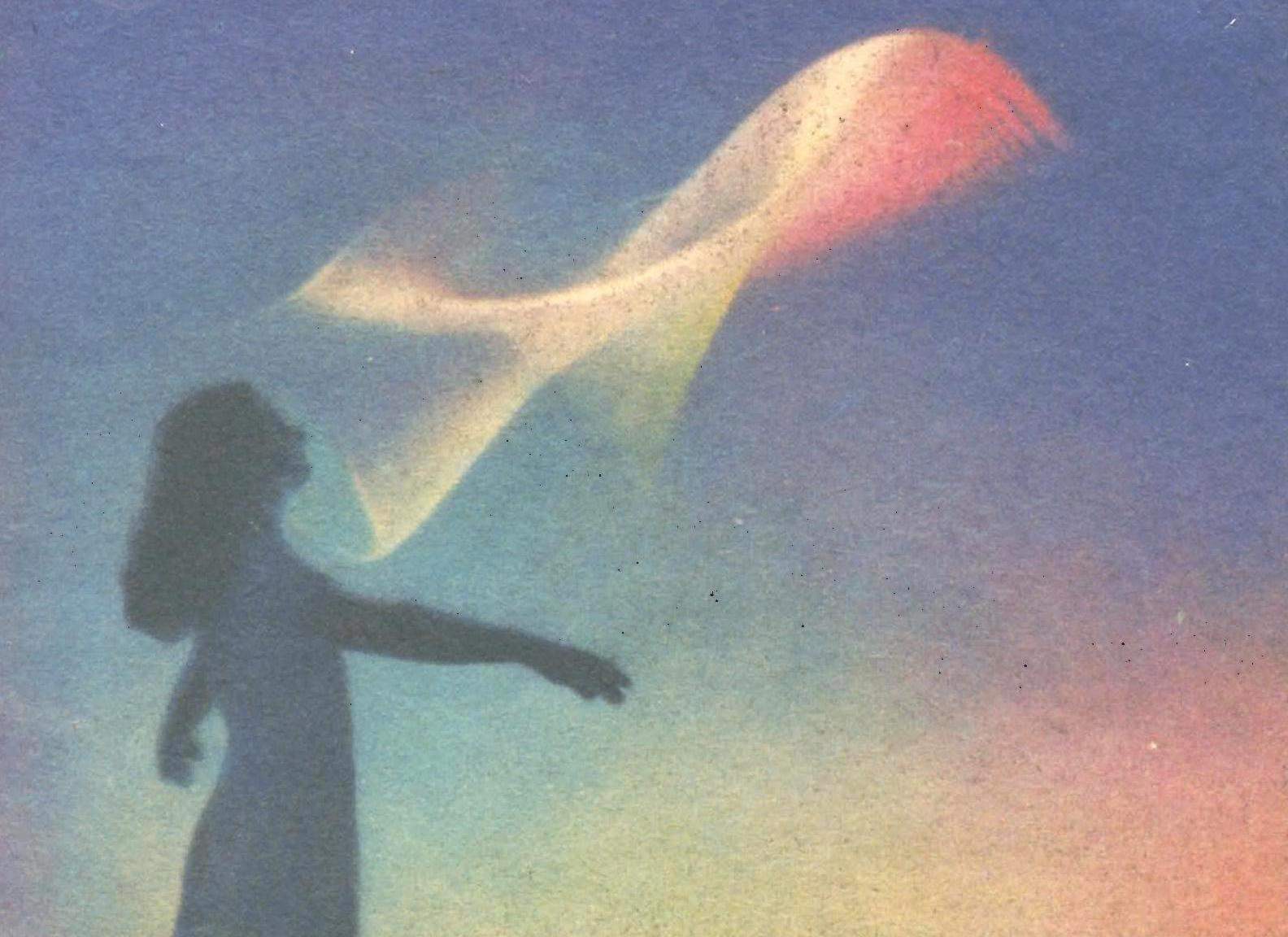 One day in may last year Moscow hosted an unusual concert. The famous symphonic poem “Prometheus” by A. N. Scriabin was first performed with color support.
…With the first chords of joining a huge panoramic screen and concert hall “charge” is lit with dark purple lights. And then, each new musical theme is reflected in the color scheme. For example, while the surging ocean of orchestral sound, the ceiling and the screen is filled traveling light waves, and the powerful sound of the chorus to the audience-the audience there is a bright flame which grows, spreads and covers the whole room.
All this diversity of colors, changing in time and space in accordance with the music, created with the help of light and music on. It remote keyboard associated with the electronic equipment, control of lighting and projection equipment. Performer of the role light can play from the score, improvise or switch setting for operation according to a preset program. Color tool with such versatile features is the collaborative effort of scientists, engineers and musicians.
The idea of combining light and music carries many. Eloquent witness to radiosistemi. Perhaps, none of them complete without the light and music installation. And colorful modulations in the melody arouse the admiration of the audience.
Today we know a different light, beyond the Amateur. Take, for work in the field of synthesis of light and music engineer and artist Yu. Pravdyuk from Kharkov. Bold search leads the Moscow Studio of Electronic music at the Museum Scriabin (supervisor: M. Malkov): light-compositions produced using lasers, very convincingly confirm that light-the true art of the space age.
Not to mention the work of the Yerevan team (it is led by Professor A. Abrahamyan), whose objective is to make squares of our cities festive, turning them into a magical extravaganza of dancing to the music colorful jets of water. 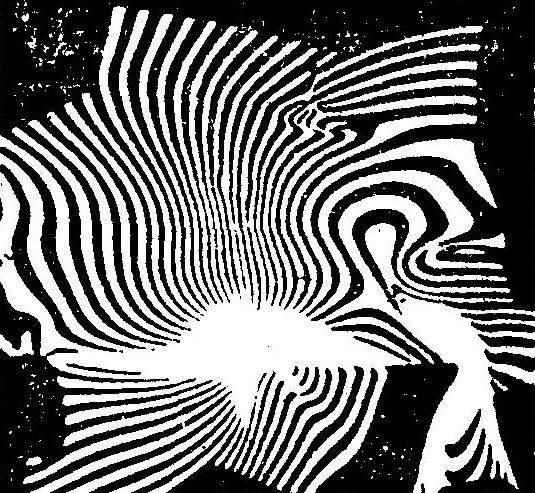 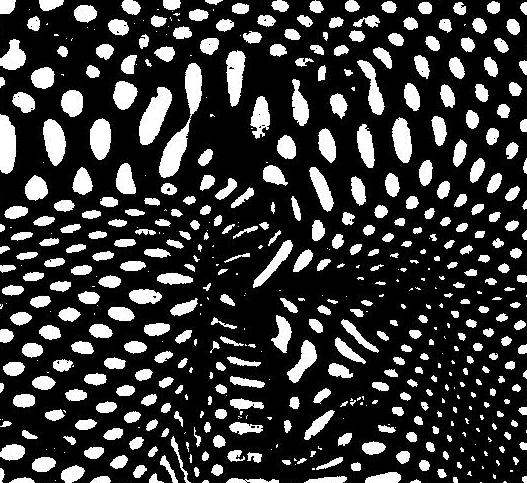 For the past several years, residents of the capital can enjoy the colorful “dance” fantastic shapes, constantly changing in shape, brightness and color on the screen is a huge light and music installation “Andromeda” installed V. Izmailovo Park.
Recognized enthusiast with lights in our country — SKB “Prometei”, Kazan aviation Institute named after A. N. Tupolev (see “M-K” No. 4, 1970). The participants of the exhibitions NTTM, prometeia for their pioneering work awarded 20 medals of VDNKH USSR.
Student team of “Prometheus” is not only the Creator of the original light installations, many of which have long been the ornament of the capital of Soviet Tatarstan, but also an active promoter of advanced light and music experience. In the summer of last year in KAI hosted the III conference “Light and music”, held as the all-Union school of young scientists. A similar forum in Kazan is not the first time. The growing popularity of light music can be judged by the following fact. If at the meeting of 1967 was represented by only 15 reports the collection of reports of III conference included more than 100 works from different cities of the Soviet Union. Among the performances analysis of the works of composer Alexander Scriabin, painter M. čiurlionis, the pioneers of the art of visible music, familiarity with contemporary aesthetic theories of light and music synthesis. But perhaps the greatest interest was aroused by issues related to the problem of light and music design. The conference clearly confirmed that now it is developing in two fundamentally different directions.
In the 60-ies, when the light-music only proved its right to exist, has confirmed the view that color management should be entrusted to a cybernetic device. Such a device, automatically analyzing a piece of music according to the laws of the relationship between hearing and sight, generates control signals by color so that the tone colors were in full accordance with the musical sound.
This direction is widespread mainly among technicians, which began to create a variety of light and music device. However the program embedded in the design of facilities, operating on the principle of color separation depending on frequency, can’t interfere in the process of converting music into color. In such a device, many parameters of musical works are generally not taken into account.
In the 70-ies gradually formed a new direction. His supporters believe that the creation of repertoire for the color tool needs to be addressed to composers and artists and to play on such an instrument should not be automatic, and musician (or rather, tsvetomuzyka). But along with the direct performance of the party colors are not possible and the automatic translation of music into color. Therefore, you need a tool with a universal control, which is a slot machine with a wide range of programs. Such a device will be indispensable artist. 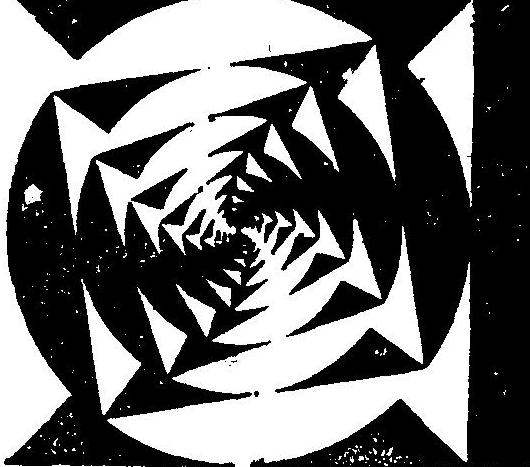 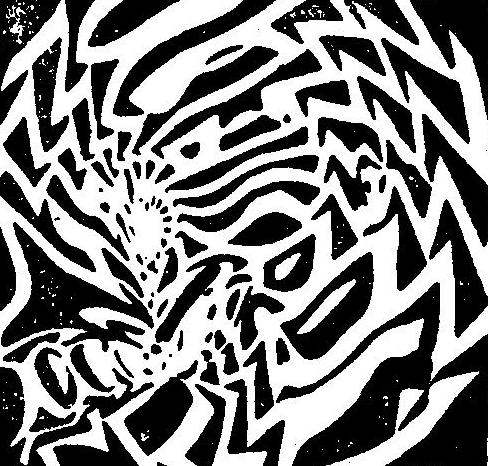 Designer of light machines will create a program based on certain regularities (relations) of perception of color and music. For modeling these relationships, the machine must be able to produce amplitude and frequency analyses, highlighting the consonances, dissonances, minor, major transfuse, rhythm, rate of rise of sound, etc. to create a device — a difficult task. For example, for frequency analysis of piano sounds you need to distinguish between the 88 fundamental frequencies and about 500 obstavlyaya harmonic timbral coloring (this will require 588 narrowband filters with amplifiers). But having a set of automatic links, in the preparation and execution of a musical composition to include a particular program, charging for some time work “smart” machine. Here we have a creative approach to the method of performing the music works, lies in the thoughtful use of well-proven combinations of techniques, programs.
Here’s how to implement some of the relationships that can be built into machines, instantly producing a kind of analysis of musical phrases. The sharp volume change is shown by the appearance of red and orange tones, a faster rhythm rapid movement of spots and contours, the music accompaniment minor volume appears
the increase in color combinations of “cold” region of the spectrum (blue, blue, blue-green), sharp dissonances and oscillations with a frequency of 33 Hz by the presence of purple and violet tones.
Color dynamic image, it is advisable to distinguish between “background” and “figure”. “Background” corresponds to the construction of modal melodies, major keys of music phrases. Color spots in this case are relatively large area. “Figure” in the form of combinations of a small area of spots and lines have to convey the dynamic complexity of musical texture, a change of musical sounds in time, duration, quantity, volume, etc. In this machine the speed of change “drawing” must be significantly more than the rate of change of colour of the “background”.
But to realize the many possibilities of light-synthesizing, not using to the full the technique and its achievements. Take at least the light sources. Increasingly now Cvetomuzyka no longer satisfied with the incandescent lamp, the designers and replace them with fluorescent phosphors of different colors glow. In addition, these lamps allow you to create screens of large area. They can be performed in a matrix of rows and columns, or tiles. Use and property of certain phosphors and their mixtures to change color depending on the frequency of the applied voltage.
But equally important is the problem of controlled colored light. Its solution is to use modern power semiconductor devices: transistors, SCRs, triacs.
Promising magnetic recording light. In the performance of light and music works the control signals are simultaneously supplied to the transmitter and then to a recording head of a tape recorder. Further, when playing back recorded signals control the operation of the color tool.
Convenient (especially for small classrooms) light installation, created on the basis of standard televisions: black-and-white and color. Electronic console creates on the screen of a CRT color image of any complex shape. And color effects are obtained on black and white TV. Due to the double modulation lowercase and personnel of scans on his screen reproduced vertical and horizontal stripes, intricate geometric shapes with a simultaneous change of contrast of dark and light fields. Such images on a black and white screen seem to be painted.
Further progress in the field of synthesis of light and music on the TV screen is associated with the inclusion in the process of automatic music analysis computational tools of information processing.
In SLE, Moscow engineering physics Institute, an experimental light installation, working together with the computer M-220. This system allows you to obtain various compositions on the screen of a color TV at the same time with automatic music analysis, carried out by a computer. More specifically, in accordance with the received information, the computer controls the color and dynamic images. 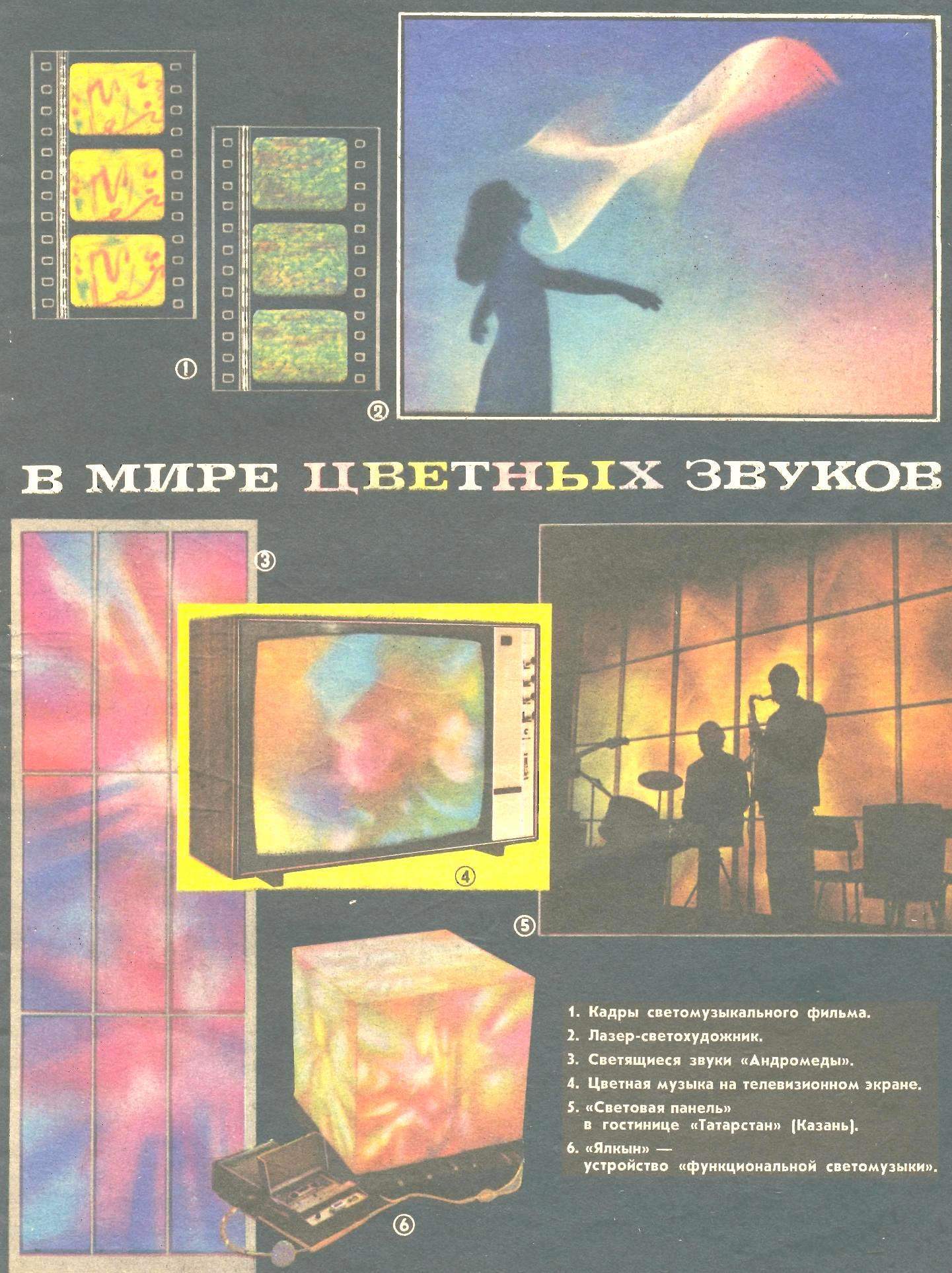 In the near future created in such a way the music works can be transmitted on the television network directly into the apartment millions of viewers.
Fascinating and the idea of using laser as a light source to create light and music compositions. Laser radiation of red, green and blue colors are mixed, using a neutral filter with variable density. Filters manages the register of sound. Passing through an optically inhomogeneous medium (gases, liquids), laser light forms a variety of colored three-dimensional shapes of arbitrary shape.
But practical realization of such structures is difficult because of their complexity.
Now there is another area of application of the apparent music. We are talking about the applied use of music devices in various areas of social life and production. They can be original colour dynamic features foyer, living room, to find application in everyday life. And in terms of conveyor production can serve as devices “colour discharge” to relieve nervous tension when performing repetitive operations. In addition, the light can have a curative effect for some diseases. Treatment of neurosis music and color therapy has long been used by the Institute named after Bekhterev.
It should be noted the project of “light architecture”. Such light-dynamic compositions are part of the “artificial environment” and the music acting as an external signal that changes the state of this environment. For example, at the Moscow architectural Institute has developed the lighting project of the Dmitrievsky Cathedral in Vladimir. It provides three programs of external lighting and two lighting programs of the Cathedral’s interior. Within 10 — 15 min symbolically reproduced Golden sunset, a moonlit night, pink dawn, solar noon; the tragic events in the history of the temple: the fire, the raids of the Tatars.
Lumiere has already received sufficient fame, and now, the world has been steadily increasing its popularity. The art of luminous sounds turn universities and laboratories research institutes in many cities of the country. Actively involved in experiments with light-music,students of colleges, vocational schools, students. Dozens of different devices are demonstrated on VDNH USSR pavilion “Electronics”, “Soviet culture”, “vocational education”, “Junior technician”, “education”. Many factories have begun to develop automatic light devices of wide application.
The enthusiasm, the popularity and diversity of creative searches allow the new art of luminous sounds from the category of experiments in the area of real daily life.
A. DMITRENKO