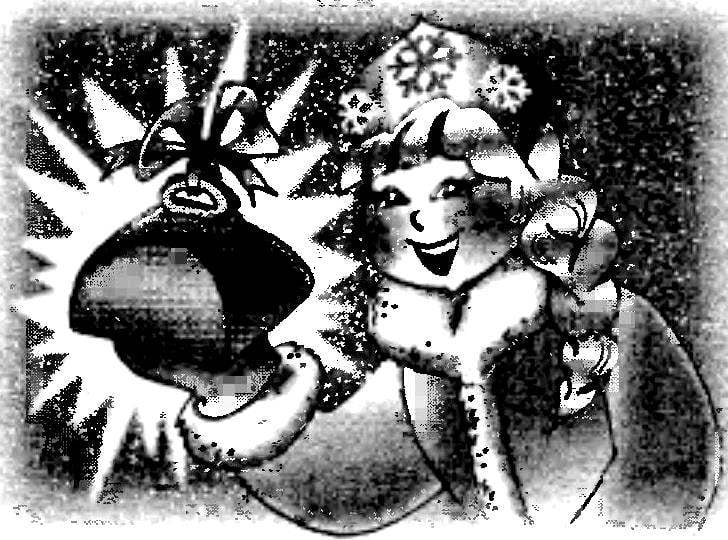 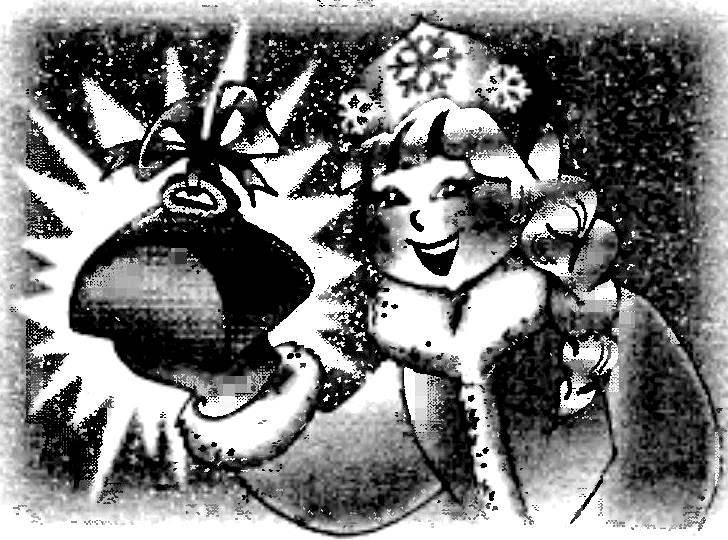 On a frugal family night, guests brought a nice box of chocolates confectionery factory “Magician”. The mistress liked being in her truffles, and I was interested in the package: too unusual it seemed. To open it, without breaking the appearance, was not just because there was no usual bends, valves or traces of glue. Careful inspection helped to understand just what the box somehow folded from a single sheet.
And the small chest opened very simply: it turned out that it was just preteroti ring handle down, under her slit and packaging (reminiscent of his appearance somehow, a fur hat when her ears raised and tied on top) magically swung open.
I realized that using the original design of this packaging, you can yourself, if you are going here just to visit, for a few minutes to make your gift such a beautiful box any size you need. And without glue and tie-ribbons, using almost exclusively with scissors. 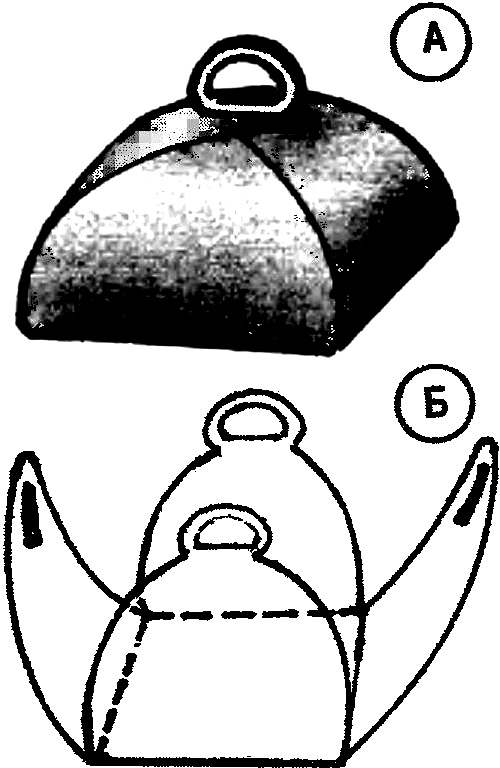 Collapsible packaging of paper:
And “casket” in finished form; B — processing before Assembly.
Material can be any heavy paper sheet of large size. for example, a printed poster or drawing paper. The circuit package is transferred to it using the grid (and in the future, npracticalhours, it will be possible to cut this figure by eye). The holes in the ring handles on the main part of the figure, as well as cracks in the side lobes is convenient to cut with scissors. It is important that the dimensions of the slits and the base of the handles were the same — then combining them into a single node will be reliable. 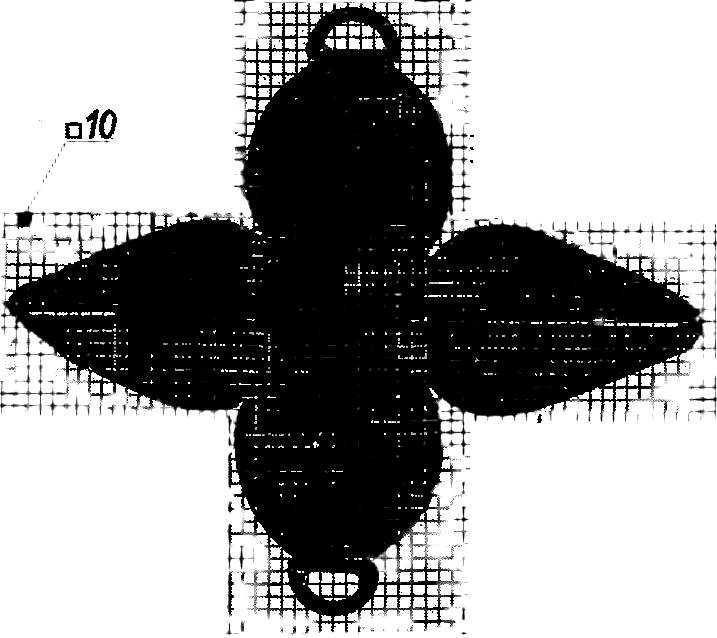 The pattern of the packing grid.
After the figure is cut out, all four “wing” her turns are bent to the same “antipode” — the opposite element. As a result, the center is formed a square or rectangular area for a gift. Wings with handles converge on him with their vertices, as if embracing put on the site of the subject. On tightly to each other rings of the handles must be mounted with their gaps in turn raise the side lobes of the figure. The edges of the cracks thus come under the base of the handles catching for them, formed a kind of lock that securely hold all four wings together — packing ready for the road. 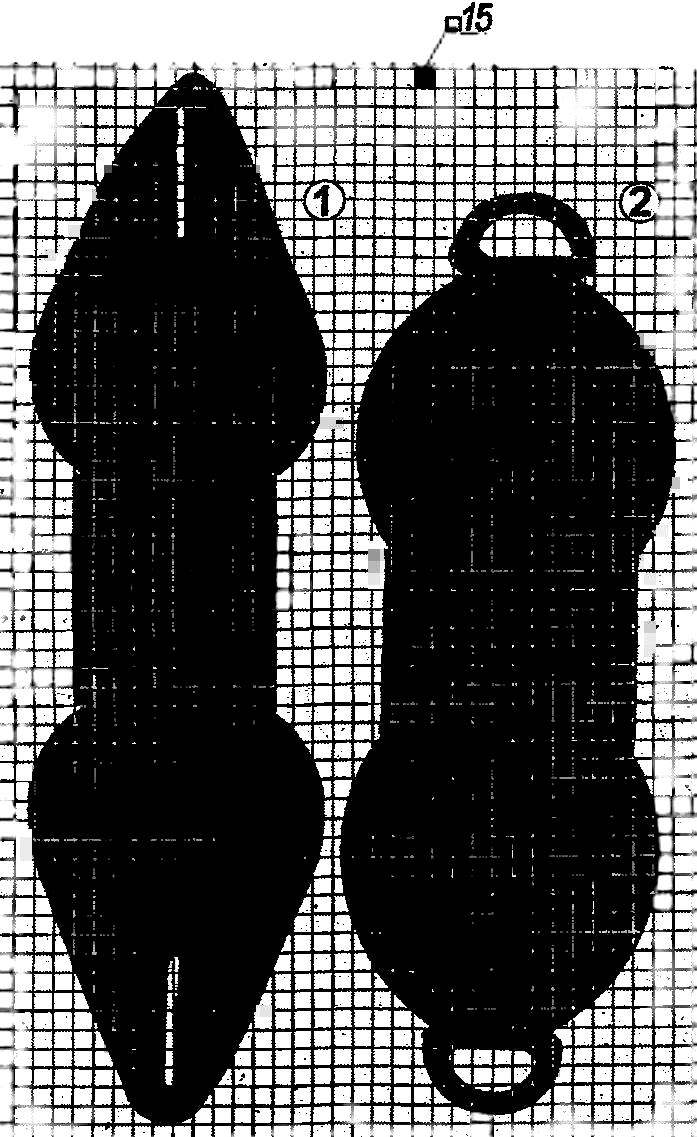 Pattern parts for “dry” Assembly and gluing of the packaging:
1 — the “upper” part, with slits; 2 — lower, main part (with handles).
If for the manufacture of boxes used in the poster, his figure, and the font will serve as an external decoration. And the packaging of paper can be decorated by using acrylic paints, gouache or markers, and markers. Not confident in their artistic abilities can resort to applique with a specially cut from illustrated (especially glossy) magazines or exhibition brochures suitable pictures on the sides of the packaging (it is better to build boxes).
By the way, problems with the decoration of packaging also does not occur if the material for its production will be chosen remains beautiful Wallpapers. It is not necessary to have cut the large square fit and trim in the form of strips. Then you can use the versions of the patterns shown in figure 3. Billet machined separately, and then are bent, each as described above, and means are superimposed one on another so as to form a platform. And the bottom should be the one with the handles, and on it, which cracks. For strength and greater rigidity of the platform the package halves can be glued. After the laying of gift wings figure rise above it and “snap”, as in the first embodiment.
B. RAWSKI