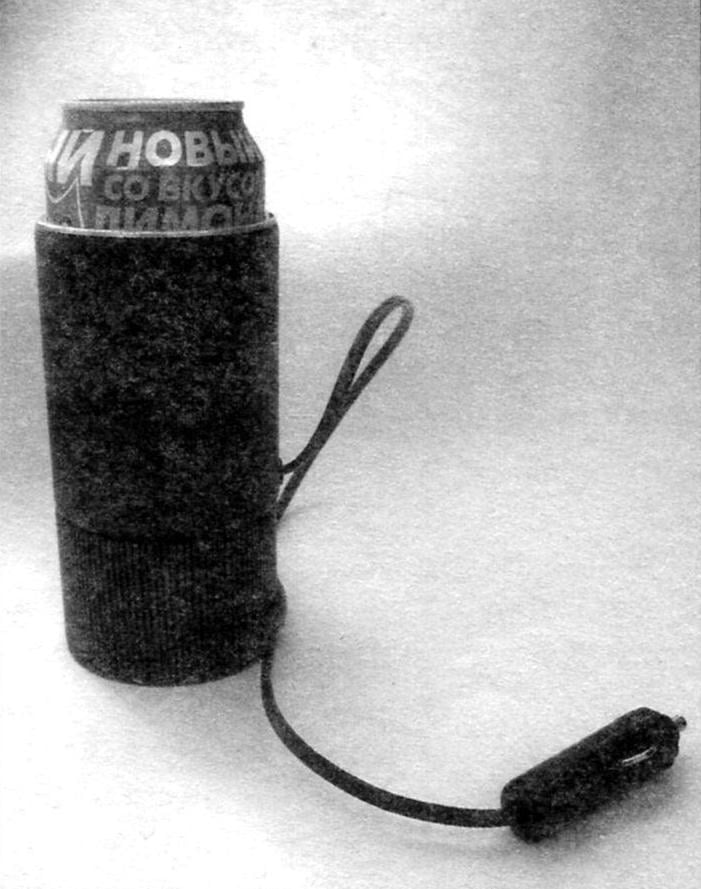 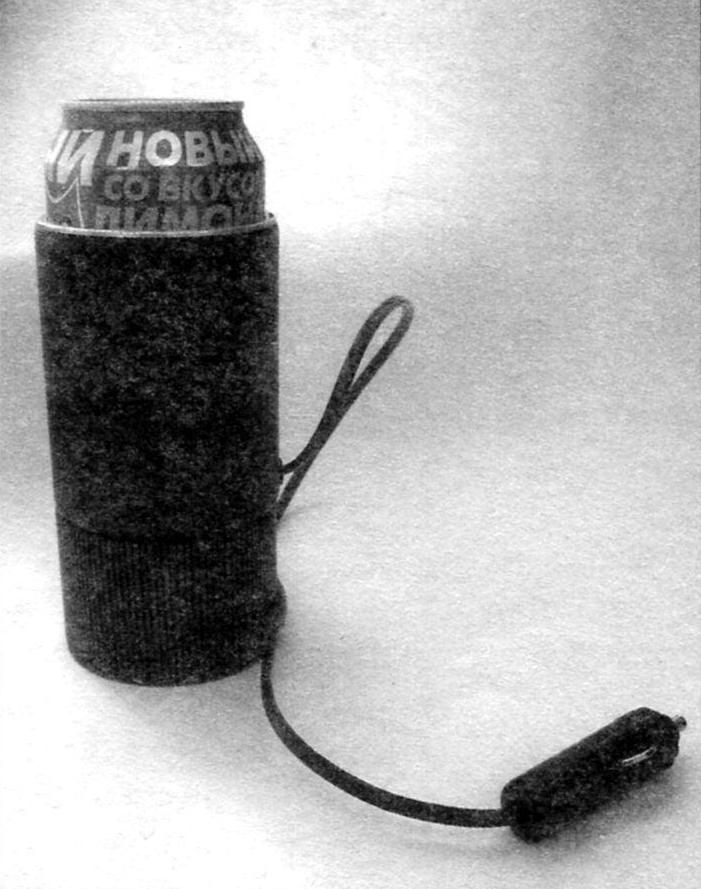 Two hundred years have passed since then, as it became known Seebeck effect and Peltier. The effect is to pump heat under the action of EMF (electromotive force), in other words, the thermoelectric semiconductor element operates as a heat pump.

However, thermoelectric elements have been developed only in recent decades with the advent of semiconductors high figure of merit on the basis of tellurium and bismuth. While thermoelectric properties of semiconductors and elements on their basis is constantly improving. Mass application of thermoelectric elements found itself in the construction of refrigerators for the car. The uniqueness of thermoelectric car refrigerators is exceptional reliability, durability and structural simplicity. For this reason, the thermoelectric modules are manufactured under a supply voltage of 12 volts is applied to the car. The main advantage of thermoelectric refrigerator is the durability, as in contrast to compressor refrigerators, which, over time, lose coolant, for example freon. As a result of constant vibration and fatigue micro-cracks occur in the system through which the refrigerant flows. The thermoelectric refrigerator is only possible with the intent to break it. Possible transformation of the refrigerator in the space of the car, not create problems, as it sits in the glove compartment together with drinks in standard containers, and works in any spatial orientation, or is placed into the socket of the holder, which is available in almost all car models. Concise, but sufficient ergonomics allows you to use the car fridge in any coordinate position, hold a hand, though contact with insulation genuine leather promises a soft chilled drink different strength and intensity.

Regarding ease of operation and functionality should be happy because the management is intellectually understandable even to a child who once saw the manipulation with cigarette lighter plug and a can of drink, which is buried in the body, as it is sufficient to plug the power cord into the cigarette lighter plug and a refrigerator cools. Direct contact of the cooled standard jars with a wall of glass provides very rapid cooling, however, should warn that the comfortable temperature of the beverage relative to the environment should not exceed five degrees Celsius. Otherwise, you can chill the throat until sore throat. And while cooling, for example, the beer below eight degrees Celsius it loses its taste. 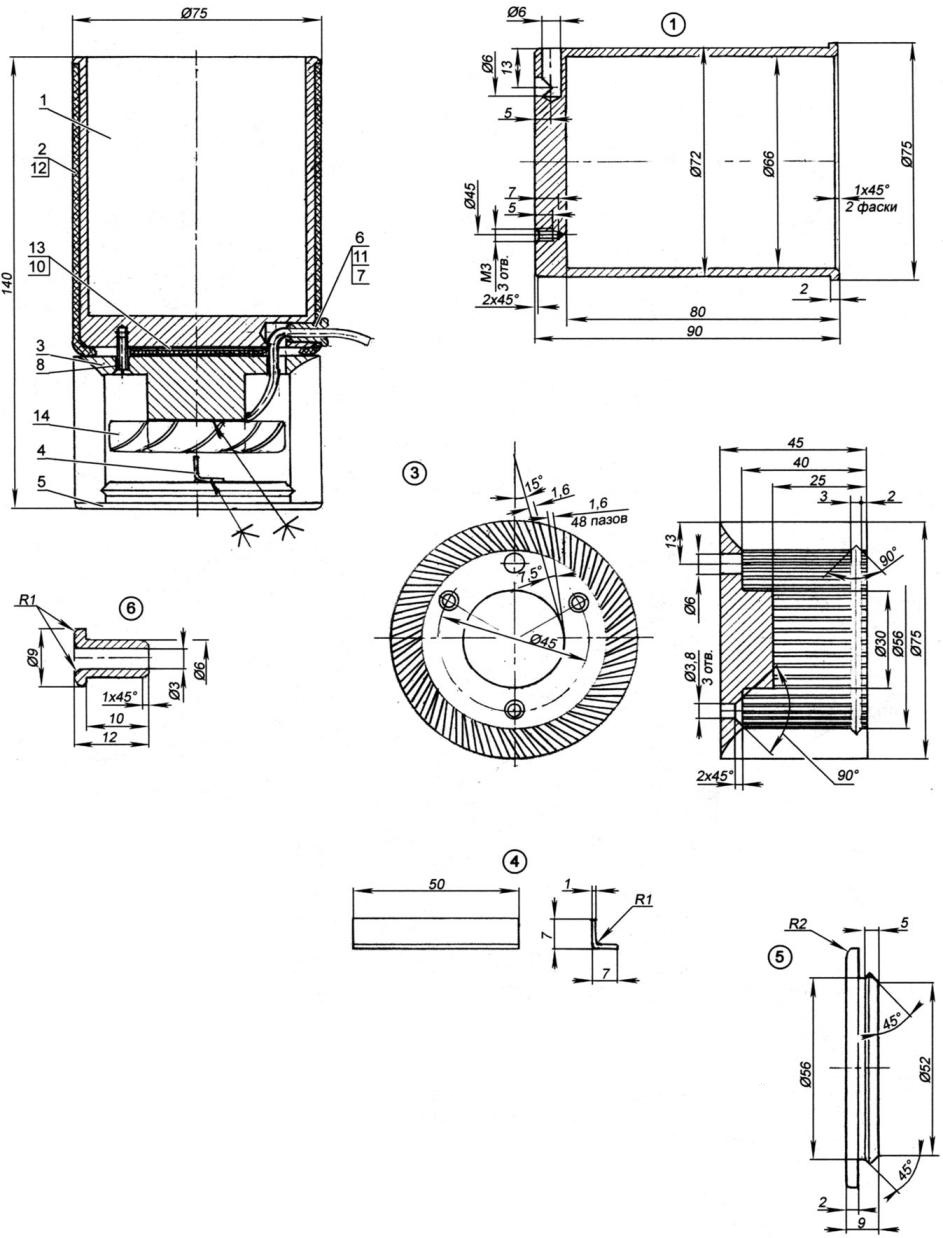 Feature thermoelectric refrigerator is the ability to not only cool the drink but also heat. For thermal reverse, it is sufficient to reverse the polarity of the inclusion of the thermoelectric element, that is, to change from plus to minus, providing a built-in switch, however, our food industry beverages, such as coffee, aluminum containers not released. If compressor car refrigerator cold, the whole range offered by different manufacturers and companies of thermoelectric refrigerators have the cold, and the car refrigerator cools naturally, justifying purpose. The refrigerator is very compact, and of a beautiful. The design is uncluttered and functionally justified by his sufficiency. High quality workmanship can be achieved without difficulty in a constructive implementation of the elements in the form of parts that are achievable on the universal turning machines of the group. I am sure that this car refrigerator under a standard aluminum container with drinks worthy to take a completely vacant niche in the joy of the production workers until the mandatory equipment of all vehicles as required equipment. Note that a positive thing for the technological elaboration of constructive solutions with the use of deep drawing of aluminium and its alloys in mass production, the profitability is extremely high. For example, glass (see POS. 1) as a single element, not will be more expensive aluminum mugs, the design of several elements.

HOW THE DEVICE WORKS?

Thermoelectric element, or termomodul Peltier consists of two plates of heat-conductive beryllium ceramics. Between the ceramic plates placed two groups of semiconductor crystals (n-p) and (p-n) conductivity for 128 pieces, which are soldered together in sequence to form a chain of 256 crystals. During the flow of direct current through the circuit between the heat-conducting ceramics is the active heat transfer. In vacuum the temperature difference on the surface of the plates reaches up to 70 degrees Celsius, but in the air, that is, in this car the refrigerator the temperature difference on the surface of the plates is 50 degrees Celsius. The heat from the plate which is pressed against the Cup 1 is pumped to the plate, pressed against the radiator 3. 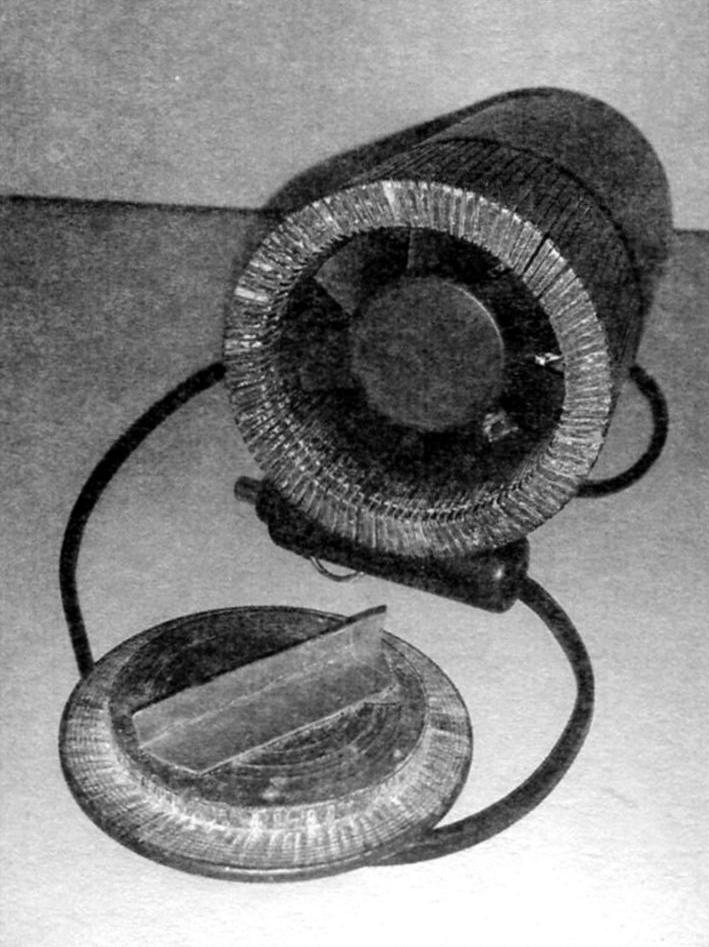 Car fridge with removed bottom. Inside the radiator mounted fan

To reduce losses in the heat transfer surface of beryllium ceramics are covered with heat conductive paste. Pasta 10 improves the contact of the Peltier termomodul 13 with the radiator 3 and the Cup 1, however, heat loss at each transition to plate degrees Celsius. In the end, the Cup 1 is pumped to heat to 40 degrees, cooling the contents. The heat from the radiator 3 needs to quickly withdraw, this function is performed by the cooler 14. The loss of high-quality ceramics heat-conducting contact with the radiator 3 termomodul Peltier 13 may melt. For good contact termomodul Peltier 13 with the radiator 3 and the glass 1 provided by the screws 8. Rib 4, which is glued to the plug 5 increases the efficiency of the cooling fins of the radiator 3. This prevents twisting of the air flow that goes directly to the blowout of radiator fins 3. A heater 2 made of natural leather performs a decorative function, provides the necessary direction of heat transfer and gives the comfort of tactile sensations.

HOW TO BUILD A DEVICE?

A very important point, which determines the correct Assembly refers to installing termomodul Peltier. The first step is to determine the polarity of the enable. Two conductors, which are soldered to the plate of heat-conducting ceramics must be adjacent to the radiator 3, and not Vice versa. To determine the polarity should be short to get to the termomodul power undervoltage (not higher than 12 volts) direct current and fast turn off, or termomodul melted. Then touch to determine which of the two plates is warm and which is cold. If the cold plate was on the side soldered conductors, it is necessary to reverse the polarity. The glass 1 is glued to the insulation 2. 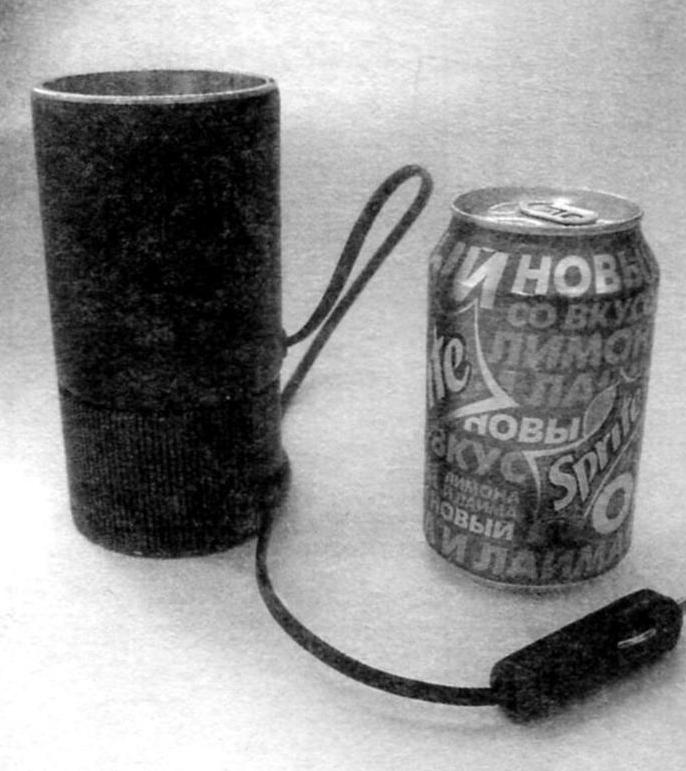 Use unique fridge, which has no analogues and do not overdo it with the beer under test. Driving can not drink.