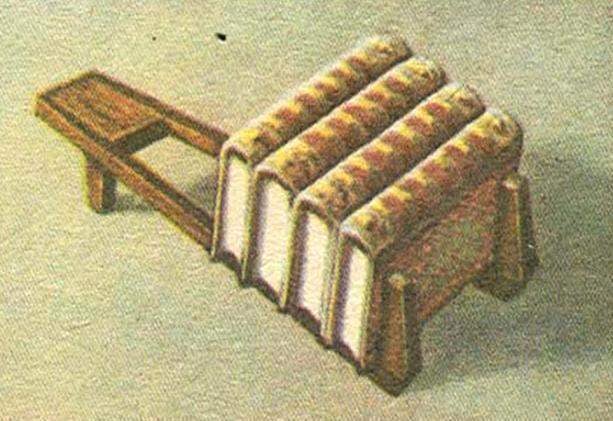 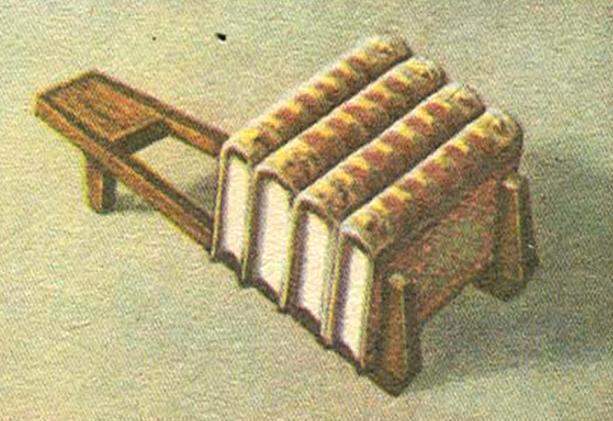 Now even at primary school pupils the abundance of tutorials and various secondary sources. So the books were always at hand and at the same time did not create the mess table, make this simple shelf-stand, resembling a lying letter L. For making it suit any slats, strips, fragments of hockey sticks, old furniture Naini and other improvised material.
The regiment consists of six simple parts: two base globeleq connecting them trapezoidal tops, legs under her, and the two to prop up the books of the columns at the ends of globeleq. Between the parts can be connected by nails or glue — casein, carpenter, PVA. Foot to gain you can fix another screw.
The Assembly procedure. First, the fastening together of three main parts: arpabeleni and top. To do this, grease the sides of the tops with glue attach them to globelike and wrap with twine or a rubber band. Then select the columns and also for the strength of the adhesion put the rubber rings. Remains as to attach the leg — and you can put the stand assembled for drying, preferably closer to the heat source — for example, the battery of steam heating. A few hours later all carefully trimmed by a sandpaper and is covered in several layers of a furniture varnish — light or dark, depending on the table surface. 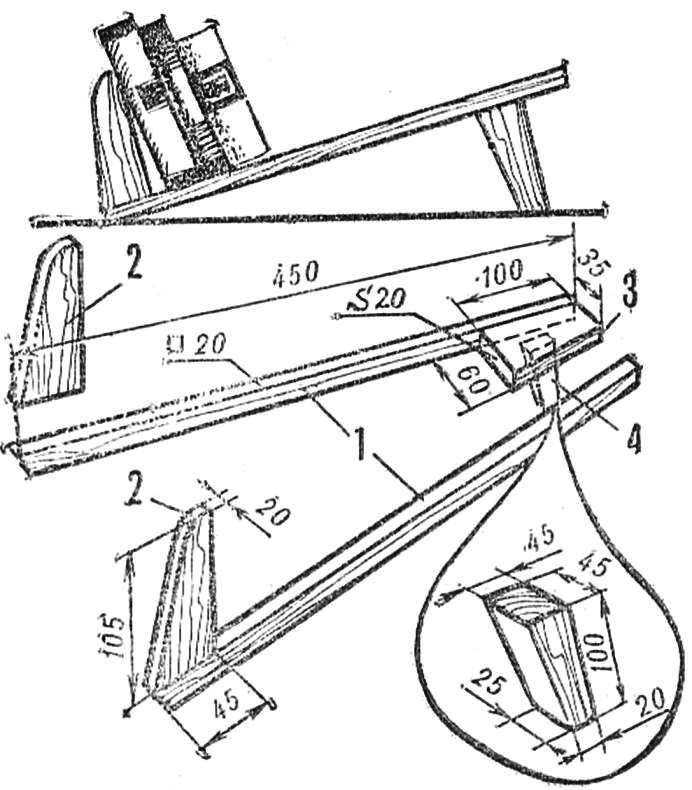 Mini shelf:
1 — globelike, 2 — poprawie columns, 3 — top, 4 — leg.
These coasters can be made several. It is useful and on the coffee table, on top of the wardrobe and even on a hanging shelf.
A reduced version is quite suitable for storage of tape cassettes. It is easy to adapt it for drying dishes, say, plates.