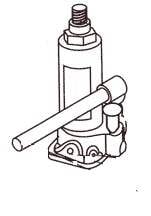 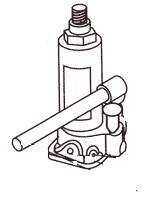 The kit tank consists of two round metal mesh laid on top of apples: the first with a mesh size of 1 mm, the second is 0.5 mm (So that the grid didn’t crash on the perimeter they opany); hardwood (oak, beech) CD-punch with holes for the passage of juice, another disk of smaller diameter (not blocked hole punch) and spacer-boss from a wooden bar, used when there is not enough stroke of the Jack.
Jack, developing a force of up to 5 T. It is set to full (2-3 buckets of apples) tank Assembly with the press kit and rests on the top crossmember of the frame. 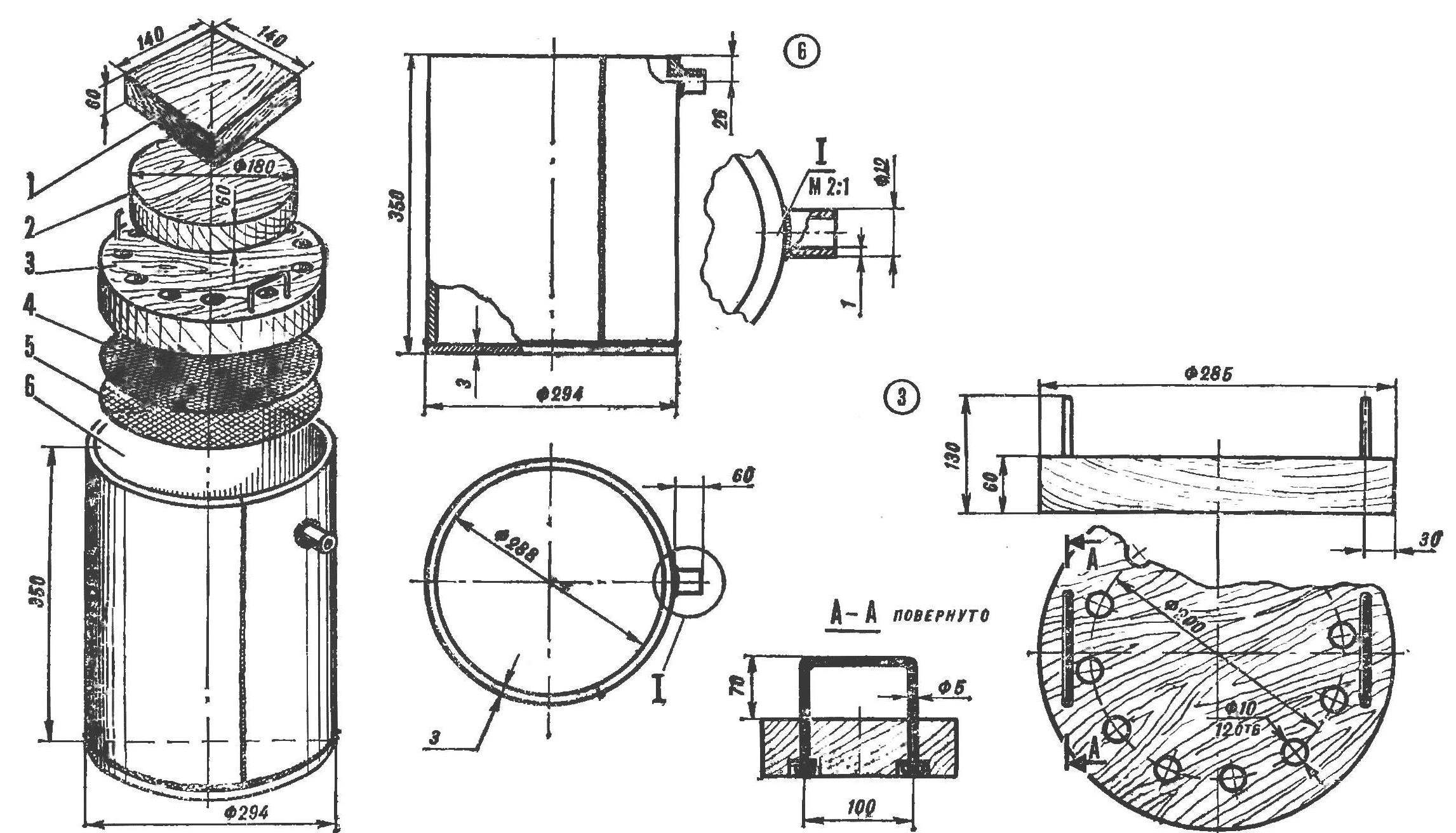 Fig. 1. Tank kit for pressing:
1 — spacer bar, 2 — disc thrust bearing of the Jack. 8 — disc punch, 4 — fine mesh, 5 — large mesh. 6 — tank with a drain tube.
I want to specify some restrictions on possible replacement. They primarily relate to drive-punch: not so much in material for its production as for its thickness — it should not be less, because thanks to her and the displacement up “(flow” to the drain hole pressed juice. But the top mesh can be replaced. She plays the role of a filter, so it is quite suitable and folded in several layers of gauze. Similarly, lower channels: instead, use the wooden beams of suitable cross-section United to the sustainability of the strut. The purpose of this Foundation is to provide the incline press for draining the leftover juice. 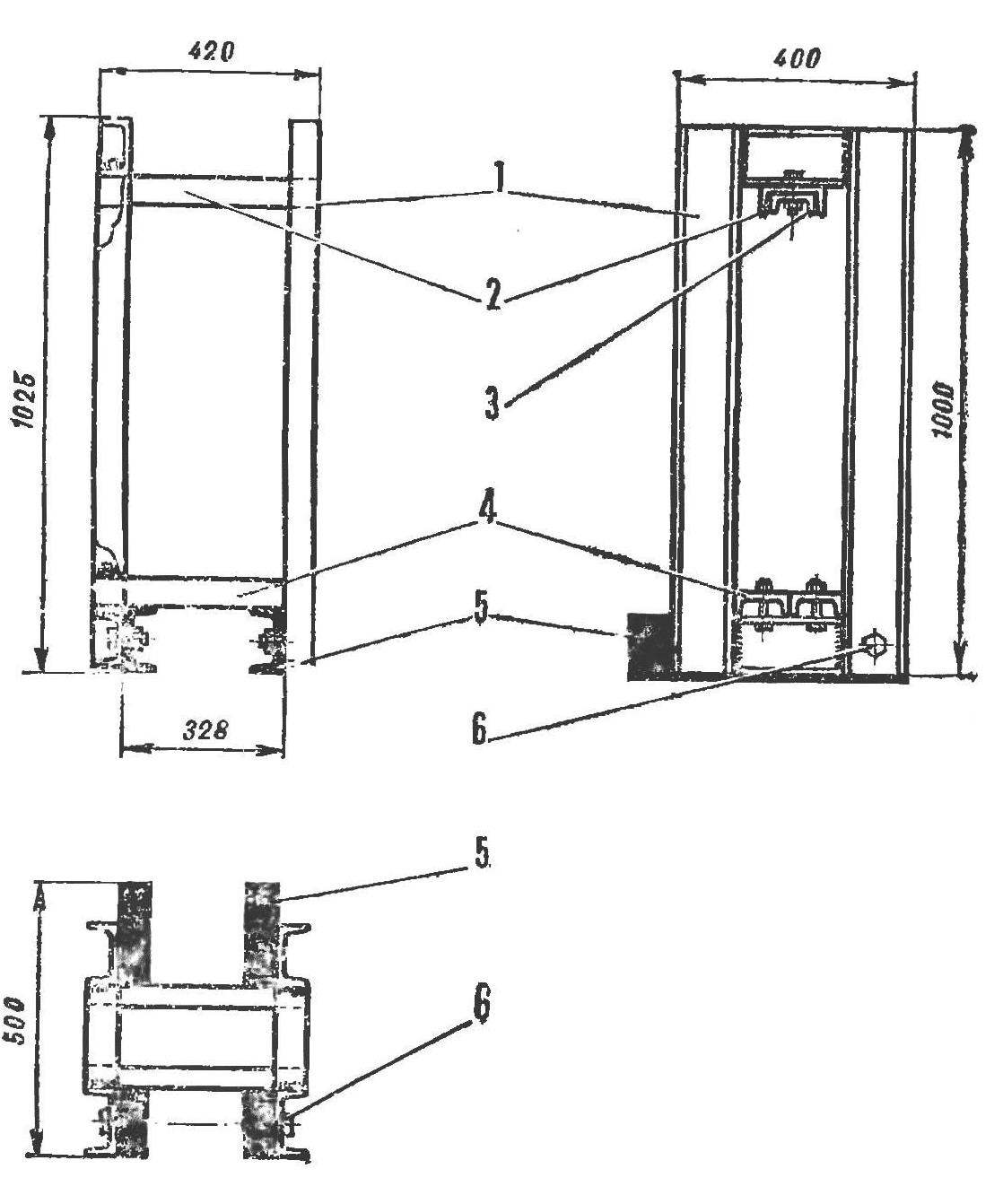 R and S. 2. Frame press:
1 — sidewall (channel 100), 2 — resistant beam (channel 100), 3 — gain beams (channel 80). 4 — pair of support beams (100 channels), 5 —base (100 channels). V — joint (M10).
The process of extracting the juice consists of two operations. First preparation: the apples are crushed preliminarily in a small barrel with a potato masher to make them more TOGETHER in a tank press and more easily juicing. Then filled the tank fit mesh, disc punch, a lower disc bearing the Jack and put the Jack with focus to the upper crossmember of the frame. Next, the Jack is actuated, as usual, the leverage extender, and the juice begins to rise to the drain hole. In the process of lowering of the punch if necessary under the Jack is enclosed by a block spacer. When the secretion of juice is stopped, the setting bends due to the hinge at the base — and the remnants of the juice merge. Then the cycle repeats.
I. MASLOV