Reliable power supply and grounding are paramount to the operation of appliances, computers, local area networks, peripheral devices, connect the various cables (e.g., computer, printer, TV-VCR, and in other cases). The use of protection devices, in particular, uninterruptible power supply (UPS) efficiently only in the presence of good grounding. The practical implementation of a reliable ground as relevant (from the point of view of protection, long-term use and safety) that is no less important than, say, the life and health of a person. Because these concepts are interrelated. How to securely ground the equipment — the theme of my article.

The ground connection in a single electrical circuit
Consider some of the features connect to a lighting network 220 V electric devices from the point of view of security of both people and devices.

Filter capacitors are designed to shunt high-frequency interference of the lighting network to the ground via the protective ground wire and the corresponding three-pole plug (plug) and socket. The ground wire is connected to the ground loop, it is unacceptable to connect with the “zero” of the lighting network. When the device of “the vanishing” is necessary to guarantee that a zero will not be a phase if someone “invert” DC power plug. If “ground” the device will not connect to the case (common wire) of the device may receive AC voltage of 100 V (Fig.2): filter capacitors operate as a capacitive voltage divider, and since the capacity is the same, 220 is divided in half.

The capacity of this source is limited as the short-circuit current 1кз on the ground is from units to tens mA; moreover, the more powerful the power source, the greater the capacity of the filter capacitors and thus the current.

When the capacitance of the capacitor is 0.01 µf, the current is about 0.7 mA. These values of alternating current and voltage dangerous to human, especially for a child or pet (their weight and resistance to hazards is much lower than that of an adult). To get under the electric current in this case can, for example, at the same time touching the metal parts of computer case and radiator. This strain is one of the sources of the difference of potentials between devices, which affects the front-end circuit. 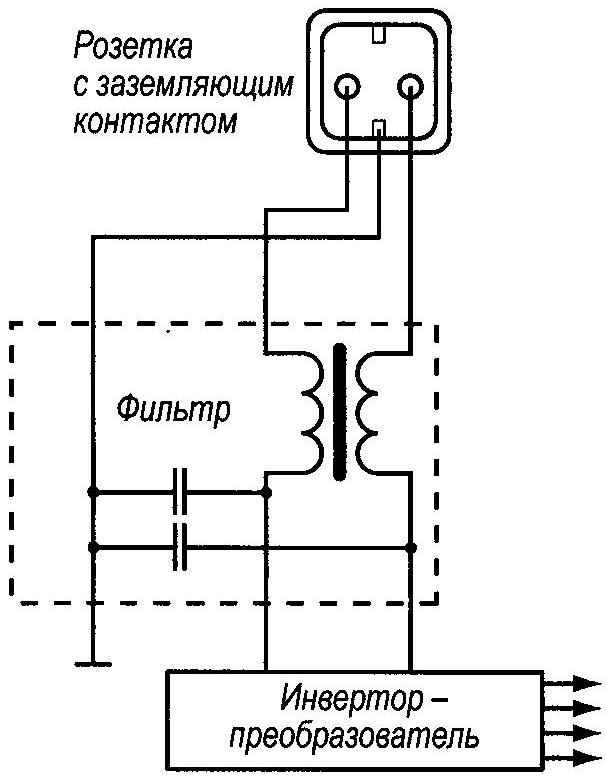 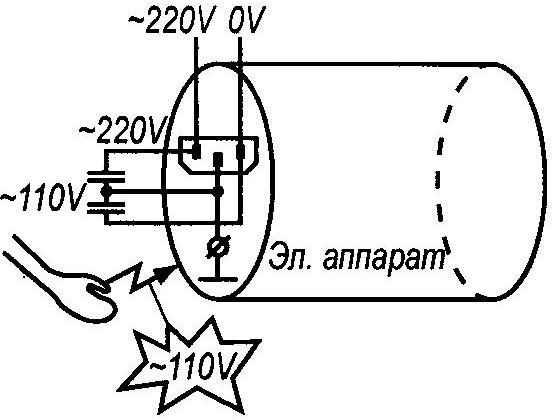 Fig. 2. The formation of potential on the common wire of the appliance

What happens when I connect with a cable two different devices, such as TV — DVD, music center — power low-frequency (LF), computer with printer? General cable wire has electrical contact with the common wire of electrical circuits and printed circuit boards, and also the device (if it is of conductive material). When connected devices are properly grounded (zeroed) using a separate wire to the total circuit (Fig.Z shows the correct connection of the electrical devices), the problems of the potential difference does not occur.

If the quality of the grounding wire to use zero power wire when wiring the mains with a three-pole outlet two-wire cable, it will be a potential difference caused by voltage drop occurring from the power current lnul. This dangerous situation is illustrated by figure 4.

If these same outlets to include devices with a large power consumption (for example, a powerful laser printer or Fax machine old model), the potential difference will be noticeable. There will also be a noticeable impulse noise generated when turning on/off.these devices. Equivalent voltage source at a low value of the electromotive force (EMF) Еnul <10 will have a low output impedance equal to the phase resistance of zero wire. The power consumed by devices arranged in figure 4 is: R1 = R2+RZ.

Since usually the resistance of the connecting cable is more supply (because the cross section of the wires of the supply cable wire size cable connection), through a common wire connection cable current to flow substantially less than power. This is a direct consequence of Ohm’s law: U = I*R i.e. I = U/R.

But if any contact in the neutral wire of the power supply via the connecting cable can occur and all the current consumed by the device.

Fig. 4. The appearance of a potential difference in two-wire power cable

Fig. 5. The appearance of the phase voltage on the common wire (the body) is at the precipice of zero wire 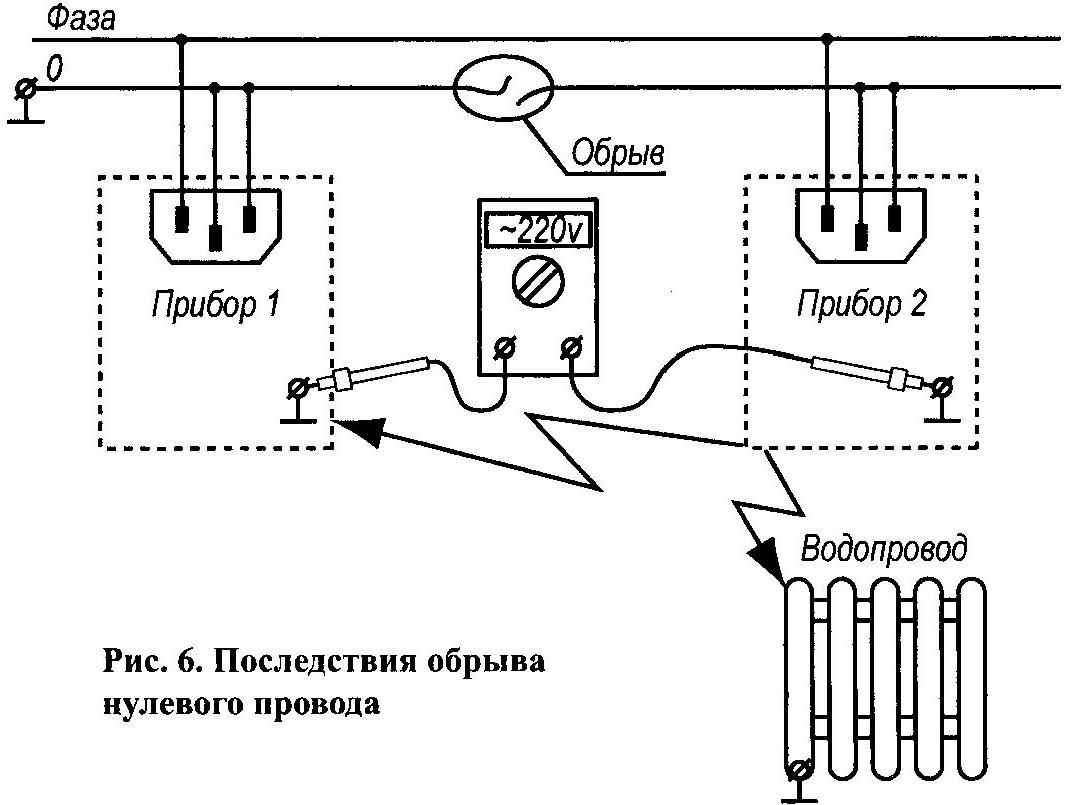 Fig. 6. The consequences of the breakage of a zero wire

The threat value of this current can reach several amperes, which will cause the devices fail. Different potentials relative to the common wire (case) the different devices are also a source of interference. This situation is presented in figure 5. The most dangerous situation occurs when the zero wire breakage (for example, gone neutral wire in the panel or junction box) to the case ground of the device through a working zero wire (Fig.6).

Then through the power supply transformer or motor of the device (e.g. vacuum) at the zero terminal of the device, and hence on the device, will be a dangerous voltage of 220 V with a large potential capacity. This can have serious electrical shock. Therefore, never connect a working zero wire to the body of the appliance!

A housewife And was used in the room the cleaner as directed. Suddenly the engine cleaner has stopped working (for technical reasons lost contact. the neutral wire in the breaker box of a residential building). And began to seek the cause in the cleaner, touched hand to the metal part of the case, and a bare knee touched the radiator. As a result, her body became a conductor of electrical current, following the shortest path and got electric shock.

If both interconnecting cables of the device is not grounded (in case of supply from single phase network), the potential difference between them will be poor (caused by the variation of the capacitors in different filters). Equalizing the current flow through the common wire of the connecting cable will be small, and the potential difference between the common wires in circuits (circuit boards) devices will also be small. But in this case, we should not forget about human security.

So, if a non-grounded devices are connected to different phases, the potential difference between them unconnected buildings will be about 190 In, thus equalizing the current through the cable can reach tens of milliamps.

Safe can be considered a situation where all of the connection/disconnection is performed when the power is off. This rule is important for mobile phones and their chargers and all electronic devices that have power adapters to the lighting voltage of 220 V. conversely, when switching while the power is on possible trouble: if the contacts to the common wire of the connecting cable are connected later (or before disconnect) signal, the potential difference between the common wires in different circuits is applied to the signal circuits, resulting in frequent failure of the electronic devices and of entire blocks. And they can be quite costly and not maintainable (repair uneconomic).

The connection of a grounded with an ungrounded device, especially when the latter is a powerful source of nutrition, leads to the inevitable failure of the electronic devices. For devices, power supplies which have cords with two-pole plug (still occur), these problems are also relevant. Power supplies often have a surge protector, but with small capacitors (hence, the short-circuit current is small enough).

A very dangerous power cords of the devices with two-pole plug, which connects the power supply with a three terminal connector. Home users connecting their devices in a household socket, may encounter problems due to the lack of ground.

Far not in each apartment are European socket with reliable grounding. Even less percentage of safe power connections in the old Fund rural homes. Locally the problem of grounding solves the use of network filters for power (FP), Pilot and the like (Fig.7). Schematic diagram of the filter shown in figure 1. 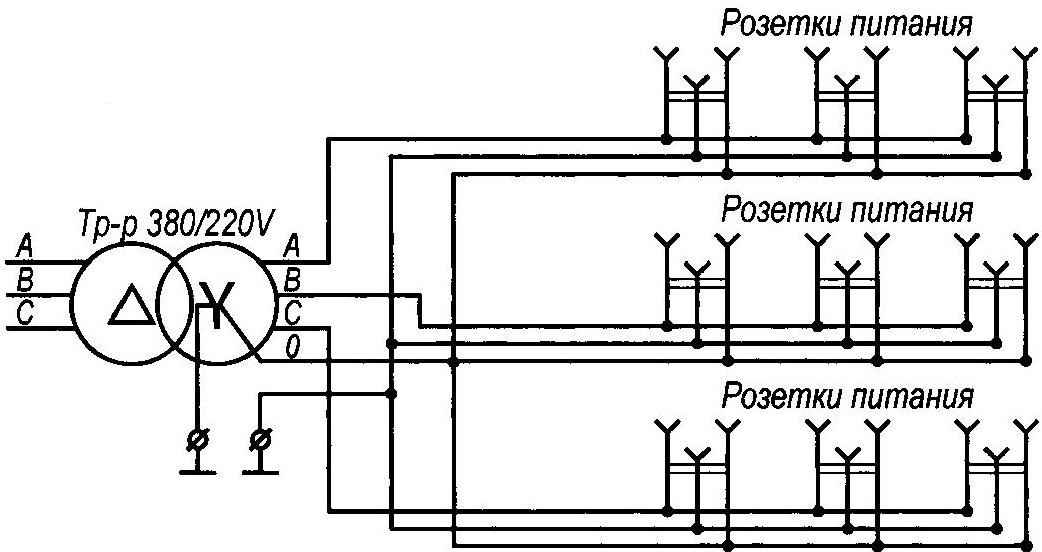 Powered by a single OP all devices connected to the interfaces solves the problem of the potential difference. Even better when the OP included in the three-pole socket with grounding. However samanlaisia contact sockets may have poor contact due to the weakening of elasticity or the presence of burrs in the plastic cover. In addition, these contacts “do not like” frequent removing and inserting of plugs, so it is recommended that:

— to de-energize the equipment upon termination of work better power switch filter (inside the device);

Why? A small potential difference which almost disappears when the connection (electrical contact) devices common wires of the interfaces can penetrate the input and output circuits of signal lines, if at the time of accession of the connector contacts to the common wire will connect later signal.

The user PC from time to time required to enable the scanner with the adapter to the mains of 220 V. in Order not to “stick” permanently to the connector cables (USB) and power connector, connected the cable supplied with the USB connectors to the scanner and the system unit and sensitive parallel ports. Have serial ports and connectors appliances area of sensitivity to the posture below (threshold +3), a lower sensitivity have Ethernet interfaces, which usually has a galvanic separation of signal circuits from the common wire with the allowable voltage of 100 V.

Grounding of the remote devices

The problem of grounding devices, geographically, is more complicated. If bussing power and ground completed a two wire cable (Fig.4), the potential difference caused by voltage drop on the grounding wires will be especially noticeable. In some cases, been used to install a separate cable (with greater cross section) or bus to the ground circuit. However, wiring a separate ground cable is not always convenient and often inefficient from the point of view of protection from interference because it can form a closed loop with a wide covered space — a kind of antenna. Therefore, the wiring of power supply to remote devices, it is advisable to perform a three-wire cable, one wire of which is used for protective grounding. Then tree diagram of the ground is obtained in a natural way (Fig.8), the protective wire in the root of this “tree,” grounded, or “sinulat”. Additional problems when wiring the power supply for computers due to dynamic nonlinearity of the input circuits transformerless power sources (current and widely used). The traditional grid is designed for a more or less linear load.

In homes with a modern layout wiring of electrical power is performed according to the scheme presented in figure 8. But what about the rest?

There are several practical recommendations

In any case, do not try to ground to the radiator. Gently swipe the ground with heavy gauge wire from the electrical panel in the stairwell to his apartment. Do not forget about safety.

All home appliance must be grounded. Grounding should be done for all sockets (not partially and selectively). It is prohibited to connect the ground terminal of a socket or device with a working zero wire of the network. It is recommended to turn off the power when connecting or disconnecting the connecting cables of various household devices. If various devices are connected by cables (e.g., computer network), they need to connect to the extension cable having ground terminals.