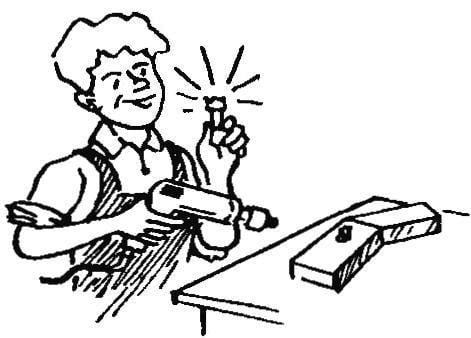 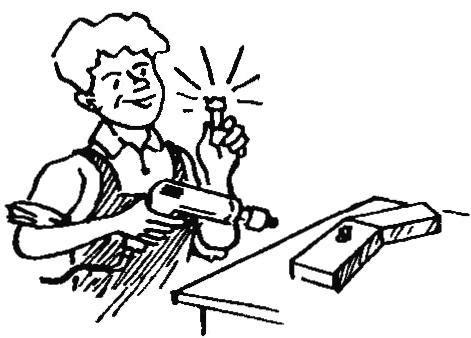 Cut or broke off and remained in the hole pin or a tap when cutting threads in cast iron or aluminum parts — it is unpleasant, but not hopeless. Rescue proven the following simple technology: the hole reams a larger diameter, allowing not only to remove the chip, but to cut a thread and screw stem nut on new stud or bolt.
For reaming you will need to pre-make a special drill bit made of tool steel. It is a kind of end mill. The working surface it has an axial blind hole, the diameter of which is 0.2—0.5 mm more than the recoverable chip, and the teeth, cut with a hacksaw and metal file. Made so the drill bit is subjected to heat treatment: usual in such cases, the heating flame of the burner and rapid cooling.
The size of the holes under the sleeve 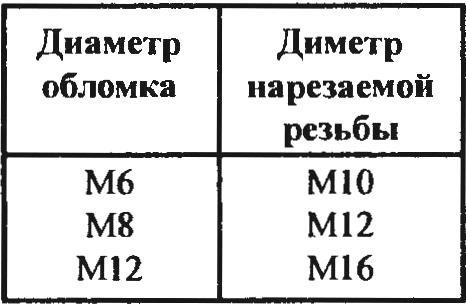 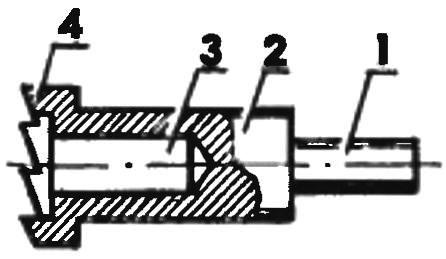 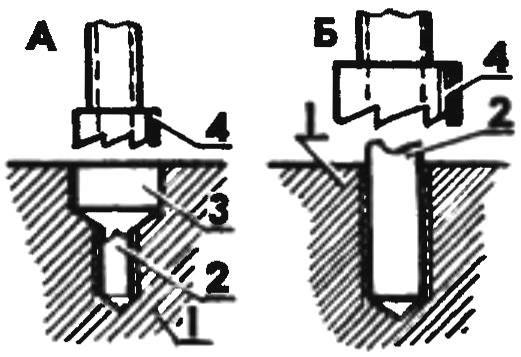 Extraction chip (A — embedded B — sticking):
1 — detail; 2 — chip, 3 — hole bushing; 4 — drill-mill
If a broken stud or tap left in the hole depth, it is first rassverlivajut an ordinary drill for the future tube and then injected specsavers and pass them to the desired depth. If the chip protrudes above the surface of the part — he will serve as conductor for spectore, and pre-reaming is not required.
After removal of the chip remains to cut the threads under the bushing, screw it with paint or epoxy, and its end-to-end threaded hole to screw a new stud or bolt.
S. SHARP, Voronezh