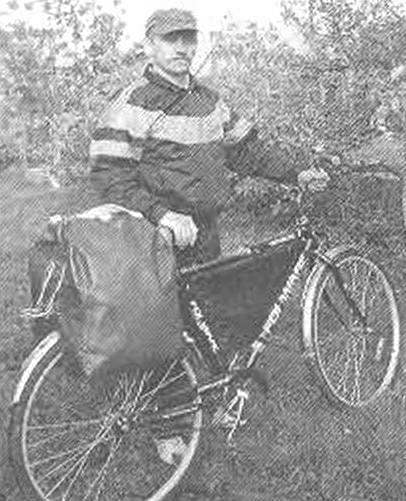 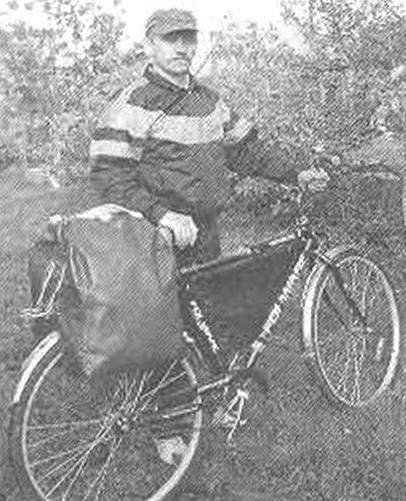 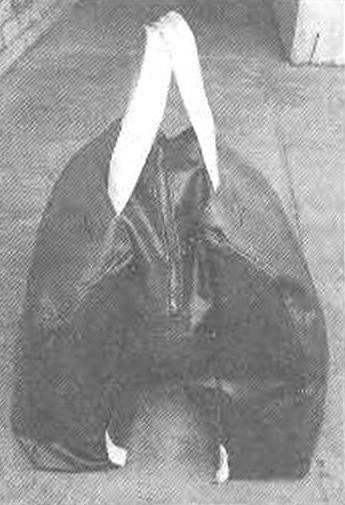 I must say frankly that for the carriage of baggage, the bike fit a little. Meanwhile we have to do quite often. For example, can not do without Luggage when going on a bike camping weekend, and especially on a bike. Even when going fishing you need somewhere to put stuff.

So at first I was packing a backpack. But I went-that he’s not on the bike, and on me. I tried to strap a backpack to the trunk, placing any sheet of plywood that is not hanging its edges and does not touch the spokes. But at the movement he strove to move out to the side. And every time when he had something to retrieve. had to untie and then tie again.

And when to me all this is rather tired, I decided to provide the bike a special welbuton roomy and Mastroianni a bag that would securely held on the bike without the trunk and a special mounting. Yes, and that access to it would be hassle free.
The most suitable material for valavaara of the available p stock was synthetic rubberized fabric “thesis” from the old body of the awning Lugovogo car. Of course, it could be made from leather, leatherette or waterproof nylon fabric. Moreover, every detail is also not necessary to perform tselnokrajnie, and you can make them composite, aligning the joints with the lines of bending.
The dimensions of felouka determined by the size of the bike trunk. But the design (or maybe more correct to call the model, because it is not a machine, and not a mechanism, and sewing the product) has already developed himself, thinking through how best to set velovic on the trunk and easier to mount on it. Therefore, the bottom of the bag has turned out speed. And to make it convenient to put velovic on the trunk and shoot him, and, if necessary, to carry him in her arms from place to place decided to supply it handles like an ordinary bag.
I think velovic look like a country house with sloping, truncated roof and a rectangular tunnel in the middle and so its details will call on the relevant structural elements of the house: roof, walls, Gables, etc.
Design fabrication-models began by marking and cutting the material into individual size details of future products, nose 10-mm margins for all sides of the stitch,
Sewing packs carried on the sewing machine “singer” model 1900. I think she still has no equal in the sewing dense and thick materials. But I think “thesis” is able to sew and domestic cars Podolsk. The thread used is durable No. 10, and the seams were double stitched. Since the material is rubber, to reduce friction during the connection of the paintings had its surface under the clamping folder to moisten. 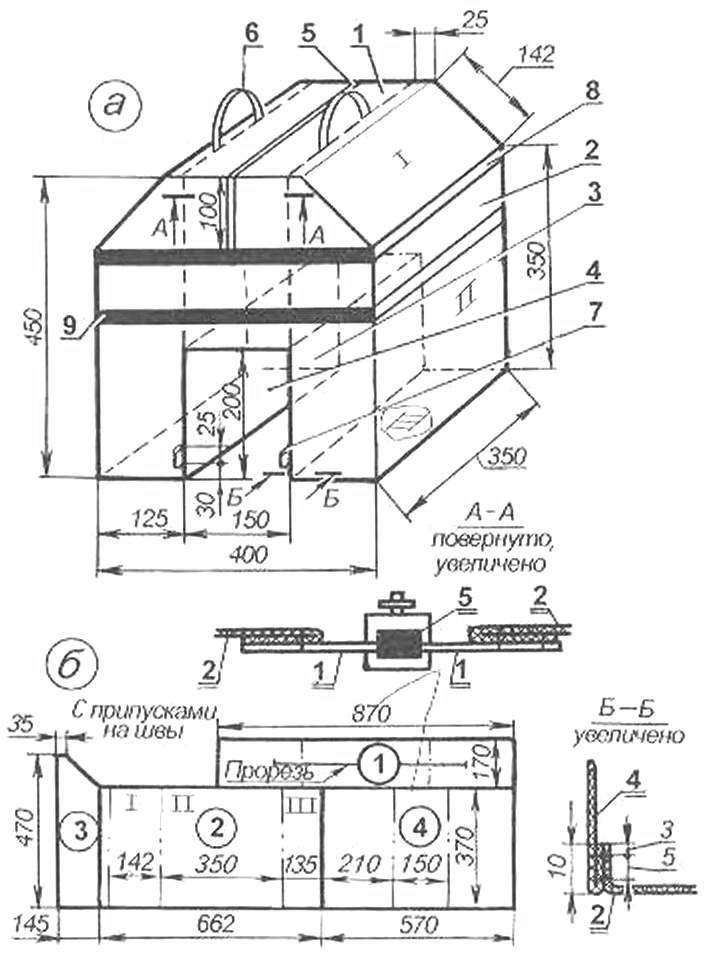 The backpack (a) and the location of the blanks on the canvas (b) for cutting (material — rubberized waterproof fabric “tesa”):
1 — the upper part (roof overhangs); 2 — side portion (the slant of the roof, side wall, bottom, 2 pieces); 3 end part (Fontana wall, 4 PCs., 2 PCs. — mirrored); 4 —the tunnel part (the walls and ceiling of the tunnel); 5 — the lock-“lightning”; 6 — stick (nylon ribbon, 2); 7 – loop (nylon ribbon, 4 items); 8 — orange retroreflective band (4 PCs.); 9 — red reflective strip (4 PCs.)
Sewing started with the top of the bag — call it roof it made a longitudinal slot, and put it in the lock-“lightning”. The lock used with a rather large metal teeth. The short edges of the roof overhanging on the end wall, pristrojj the edge of the roof of the tunnel, and the edges of the walls to the Gables by inserting both ends, near the bottom, a couple of loops of nylon pet. The upper parts of the pediments sewn to the eaves of the roof. Then went on to the final operation of joining the elements already stitched the remaining two large canvases. These paintings form the bevels of the roof, the side walls and bottom of felouka. But first, it is desirable to paintings to sew on reflective orange (or even white) stripes, and to the already stitched end red. I have, unfortunately, at that time did not have any. Canvas tried on their seats and not thick stitch white (for contrast) thread it’s just a technological seam, and the thread is removed after final sewing. Where tissue was over, I was doing a little Assembly, distributing them along the entire length. Then fired almost at the perimeter of the large paintings except for their upper edges Before sewing the upper edges of these paintings with the roof in the joints are inserted the ends of the handles of nylon tape.
The resulting shapeless bag bears little resemblance to the intended product, but after eversion there was a good and spacious felouka. In the process of operation need has been identified in small pockets, and are subsequently sewed. Over them pristrojj still cover the valve to protect the contents from rain. But pockets of everyone can sew on your own, so in the drawing they don’t even show.
Velovic quickly and easily (literally with one hand movement) is installed on the bike rack, confidently sits and attaches to it a regular clip, and further extends through the loops of the rope to the frame. To get into difficulties does not cause.
A. MATVEICHUK, g, 3аводоуковск, Tyumen region.