In issue 9 of our magazine, a story was published with the exhibition NTTM-2011. Despite the rather significant amount, it was told only about transport designs, developed the student creative groups and young inventors. Side by side with them demonstrated their achievements and more young modelers and designers. Their work represented a variety of directions of scientific-technical creativity: from simple scale models to innovative technologies and projects of space systems. And it would be unfair not to tell about them.

Since the exhibition was held in the year of the fiftieth anniversary of the first flight of Yuri Gagarin into space, it is natural that a lot of the work was on the space theme.
1. A reduced copy of the “Gagarin’s start” – launcher with launch vehicle “Vostok”. Its Creator -Pavel Ermolaev – syut society of the city of Ozersk, Chelyabinsk region. All openwork metal carefully made of tin with soldering, they are necessary for reliability and mobility. In addition, the layout mimics the sound and light effects: the roar and the flame of the launch. 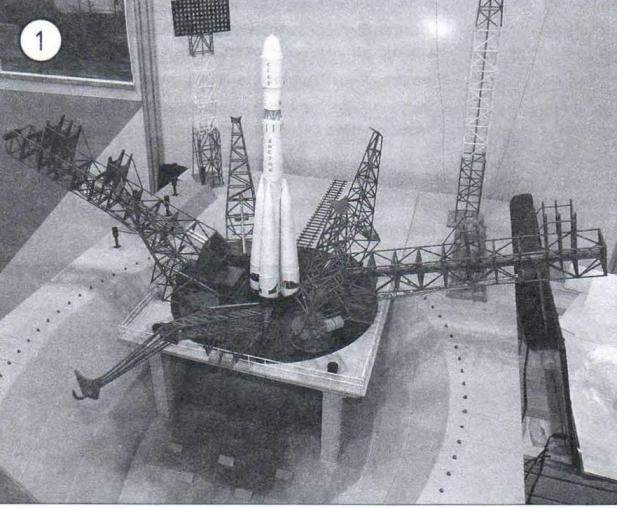 3. The current model of the space Shuttle “Buran”, created at the station of young technicians of the city district Mines, Rostov-on-don. The product shows the movement of the ailerons, nozzles, undercarriage, flaps, and cargo compartment. And this is the second rebirth of the object: the management of all mobile elements is done with the remote, but now it provides an electronic programmable controller. 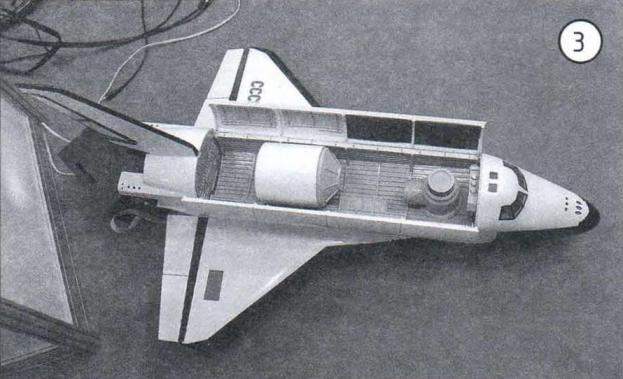 4. Artyom Alamance high school student and the group members of the Center for children and youth technical creativity of Bataysk of the Rostov region has proposed a project to clean up low-earth orbit from large space debris using “Crab”, the layout of which was presented at the exhibition. According to the authors, “Crab” needs to move closer to the object, grab his arm and conduct a survey with sounding and video cameras. If the content of the object will be recognized as valuable, it is placed in an internal bin for later return to earth with a cargo spacecraft. Otherwise, the object is mounted a disposable booster, directing it towards the Sun where he burns without a trace. 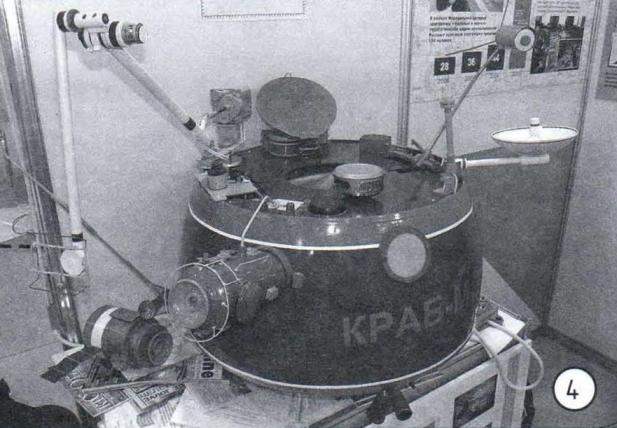 5. Alexander Arginaid working in the House of children’s technical creativity, Vladikavkaz Republic of North Ossetia-Alania, presented the layout of the complex project of a lunar base. It includes life support systems, power generation, manufacturing facility. Presented the project of a lunar base is closer to reality than it might seem at first glance: all developments are based on already proven scientific research. 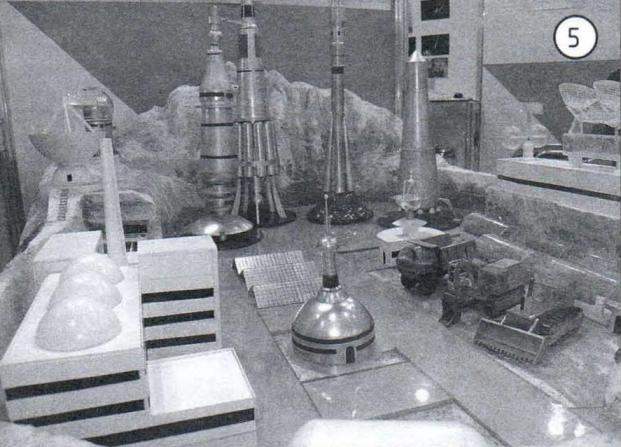 6. A working model of the skimmer is made on the basis of the RAID of the ship “Mayak” is equipped with a system of pumping water from the oil recovery bucket with its subsequent filtration and separation of impurities. 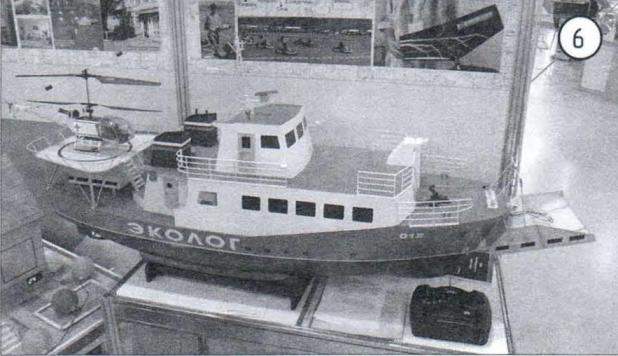 7. Dmitry Khalturin (he is the author of lunar Rover) has recreated in miniature the process of diving to the bottom of the Arctic ocean deep-sea submersibles “Mir-1” and “Mir-2” on Board the research vessel “Akademik Fedorov”. Watching as the small devices silently sink to the bottom of the aquarium, and one of them sets up there a Russian flag, you forget that they are falling in Lisky, the box is fastened disguised electromagnet, and really represent them over six kilometers of the water column… 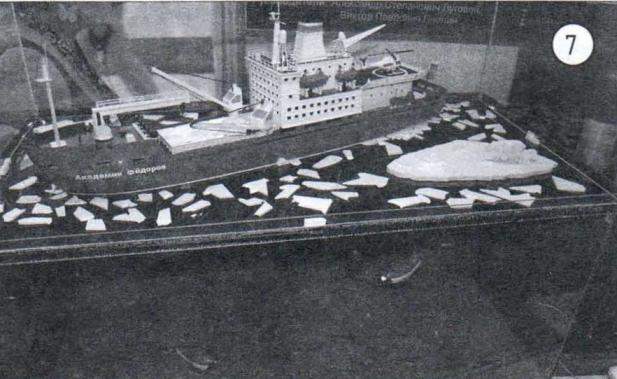 8. And this is the application for the invention: Anton Szulik (9th-grader, Cdiuf of Bataysk of the Rostov region) offers in the construction of submarines to include in their design of components for docking of the hoist in an emergency. On the rescue ship equipped with two landing capture, equipped with a video camera and a corrective engine that accurately pin them on the connecting nodes of the submarine at depths up to 1000 m. After docking is the rise of the submarine and its transportation. But not only the endless expanse of space and the ocean inspire young creators. Was work in other areas, though not so romantic, but it is relevant in our daily lives. As, for example, rail transport. 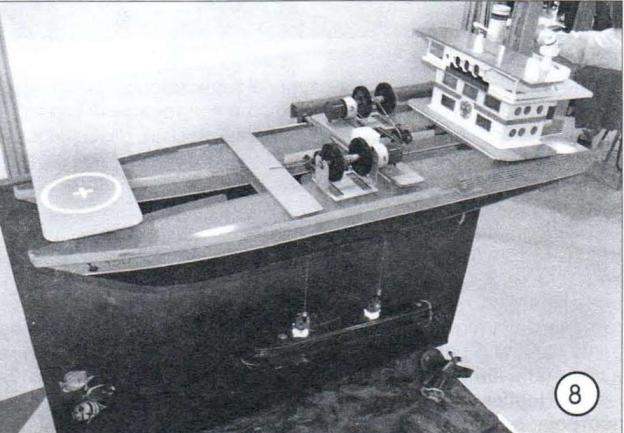 9. A team of students of the Voronezh regional centre of technical creativity of pupils, with the support of “Russian Railways – South Eastern railway” was shown a working model they have created new locomotive based on the locomotive EP-1M, it was an important design feature: two-step gear transmission. Thanks to them, the locomotive can be used as a commodity with a maximum speed of 120 km/h, and as a passenger, can reach speeds of up to 270 km/h.
A very broad and diverse the exhibition was presented robotics. 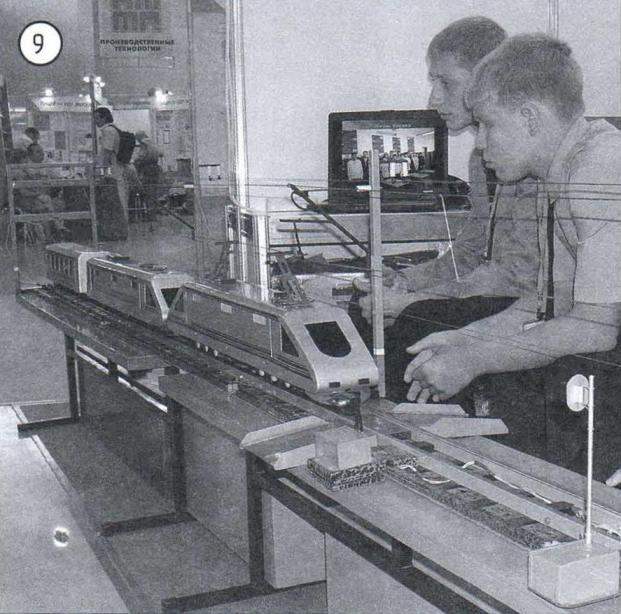 10. A fully functional model of a robot loader with a manipulator built by Mikhail Nikitin students of Lyceum no 28 in Yoshkar-Ola. Despite external similarity with elements of children’s designer, all parts of a robot made them from plastic. The machine is controlled via radio from a distance of up to 200 m by using computer and special programs. 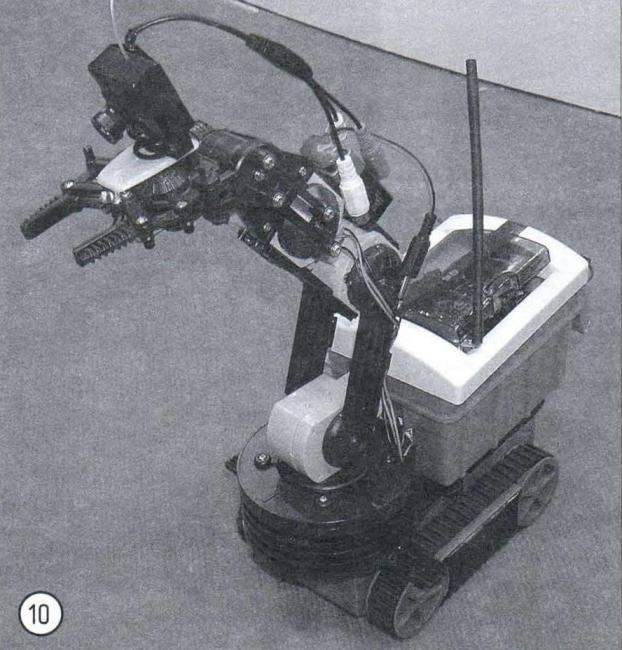 11. Unusual walking robotic mechanism constructed in a vocational school № 39 in Moscow. According to the authors, it is designed to study objects in the environment and extinguish fires: remote-controlled via Wi-Fi access, he is able to get into places that are extremely difficult for a person and transmit to the control of the image with a built-in camera. 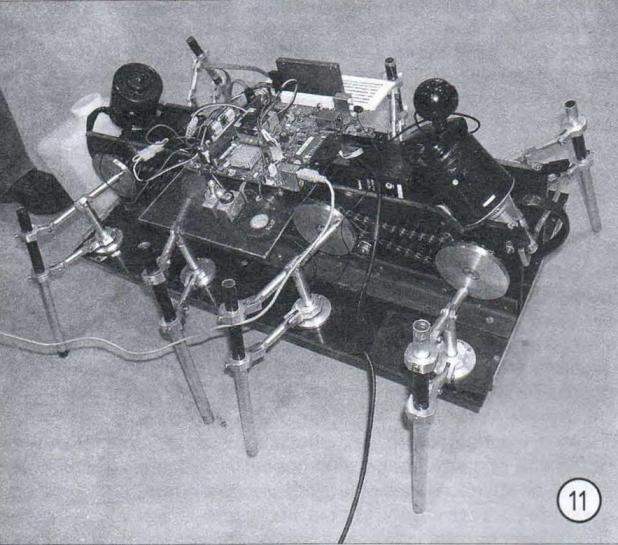 12. And the youngest modelers tremendous opportunities in technical work open a wide range of modern designers. Even children with ready-made controllers, sensors and actuators to build a fairly complex mechanisms. In the exhibition hall, dozens of robots went, crawled, walked, even danced! 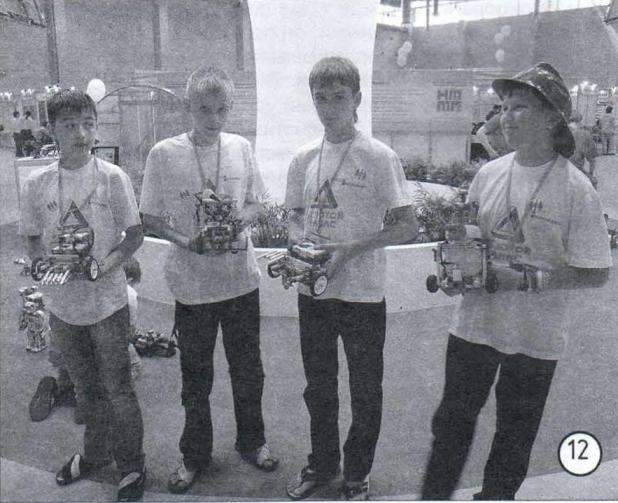 But in the city of Volgodonsk of the Rostov region pass competitions of robots-fire, collected from the constructor. Parties are required to build a robot and program it so that a reduced conditional layout of the apartment it is possible for a little time discovered the “source of fire” – the candle and extinguished it.
The exhibition NTTM-2011 was a large gathering of representatives of intellectual youth – those who are able to generate and implement ideas, albeit in miniature. She testified that technical creativity for boys is not only a hobby, but a way to the profession.
A. DIDENKO