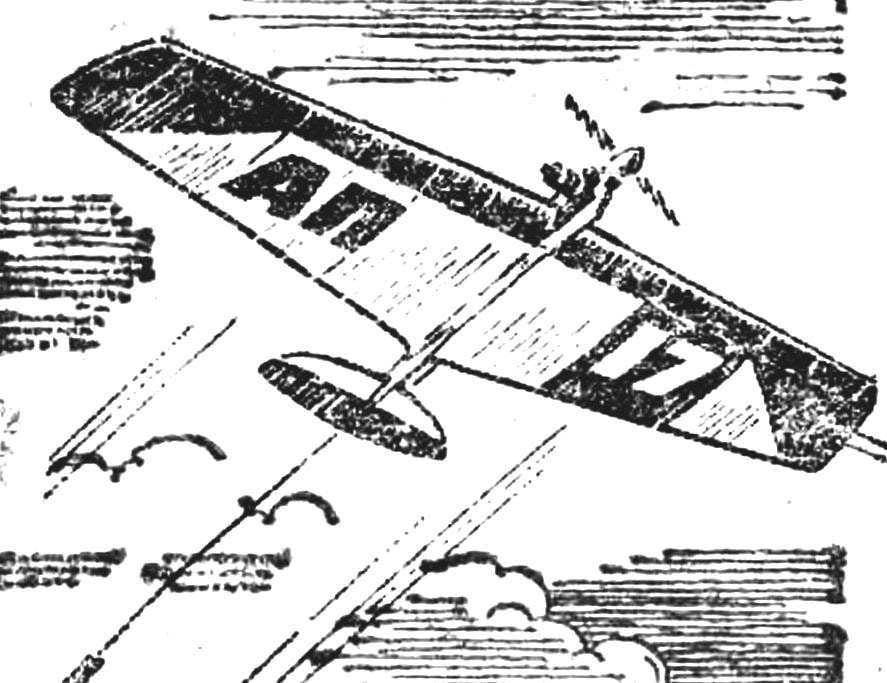 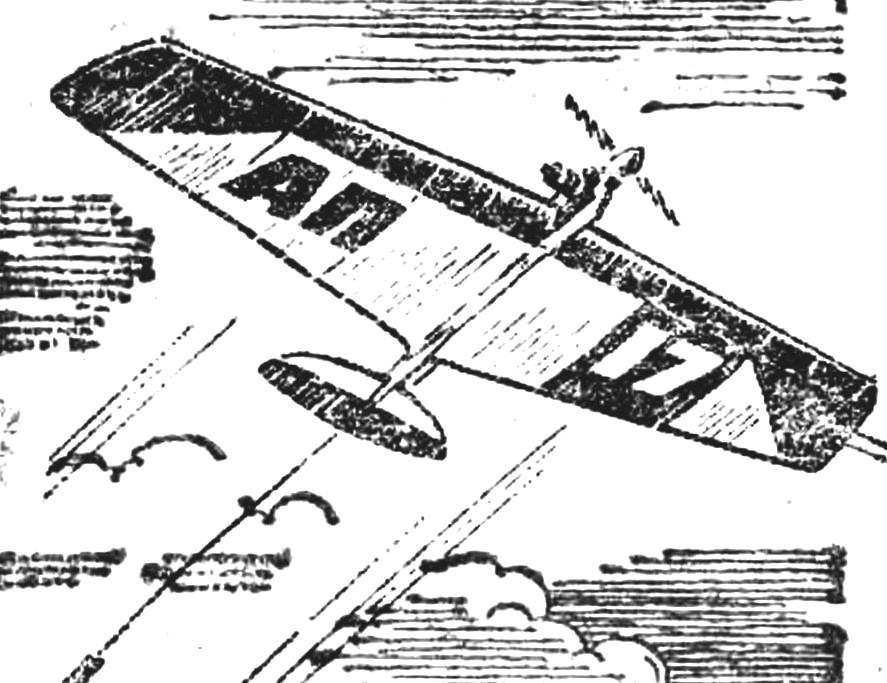 Is a beginner model airplanes at least once to see the competition of the dogfight, as he immediately declares: “I Want to build bouzouki!” And it can be understood: indeed, the air battle — an exciting spectacle, besides themselves “fighters” is so simple that just a few days the athlete, who undertook a new car, already feeling it in the air. And then you can dispense with the use of scarce balsa. And unlike other classes in a dogfight is often possible to achieve good results even with accelerated serial domestic engine.
What are the basic requirements for modern “bouzouki”? Oddly enough, a lot of them, and quite controversial…
Let’s start with the simplicity and manufacturability of the design. In the need to meet these requirements, you will see very soon. Often the athlete loses just one “battle” of two models, and it turns out that to compete they need to stock almost a dozen. Simplifying the design, the Modeler solves two tasks simultaneously. The first — about her we were just talking — there is more opportunity to train, not to sit for days behind a Desk. The second, equally important, reduces the weight of the model, and the eye becomes at the same carrying area whiter maneuverable.
Now about maneuverability. It was her leading athletes-Asa is considered the most important characteristic of the present model. You won’t meet polyphyletic with flaps. This scheme has not withstood the test of practice, though it provides excellent maneuverability. Too complicated and heavier construction, the survivability of the device (also very important!) turned out to be low. So today almost all the “bouzouki” built on a “flying wing”. Sometimes you will see even the stabilizer, taken out back for a very short beam. However, it still remains a model of “flying wing” — so a slight shoulder between the planes and the stabilizer, which still seems disproportionately small. The dimensions of the wings are quite large. Decreasing (due to increase in bearing area) value of specific loads, modelers achieve excellent aerobatic qualities of the apparatus. Although such a path and reduces the maximum speed of flight, it is believed that only it could lead to a compromise solution: make model class F2D meets all the requirements of modern warfare. 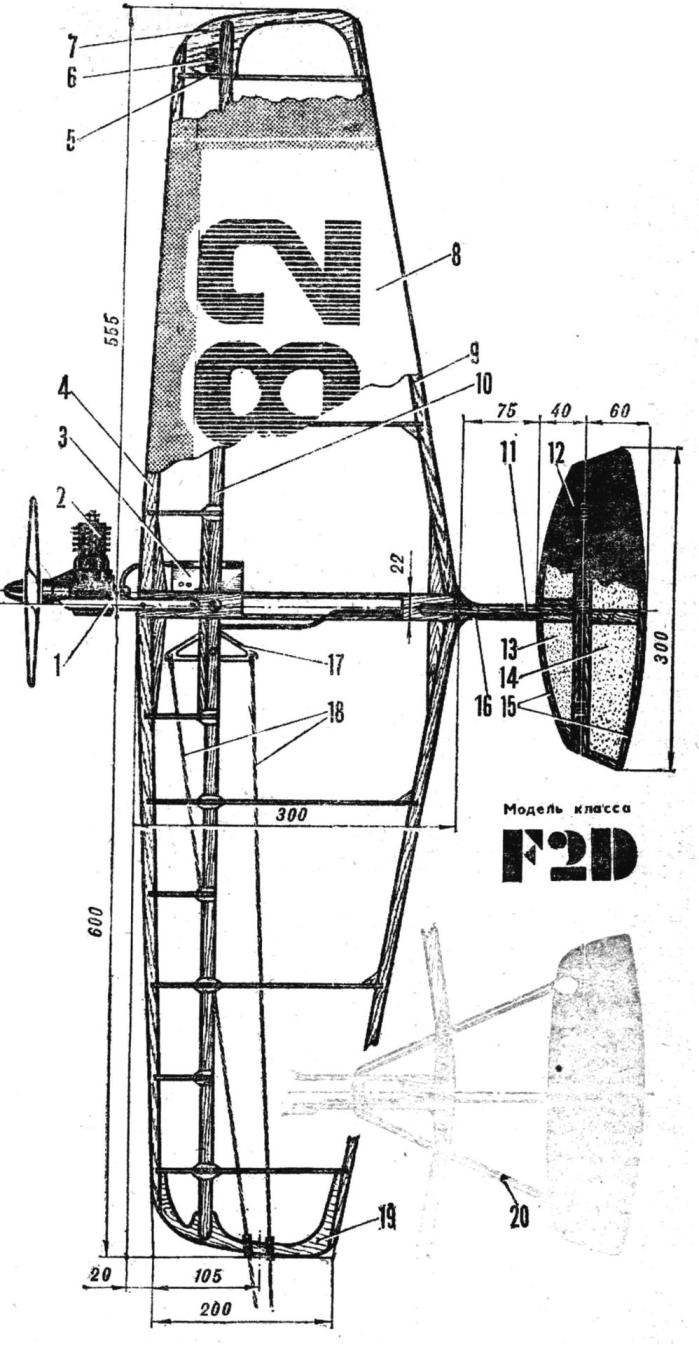 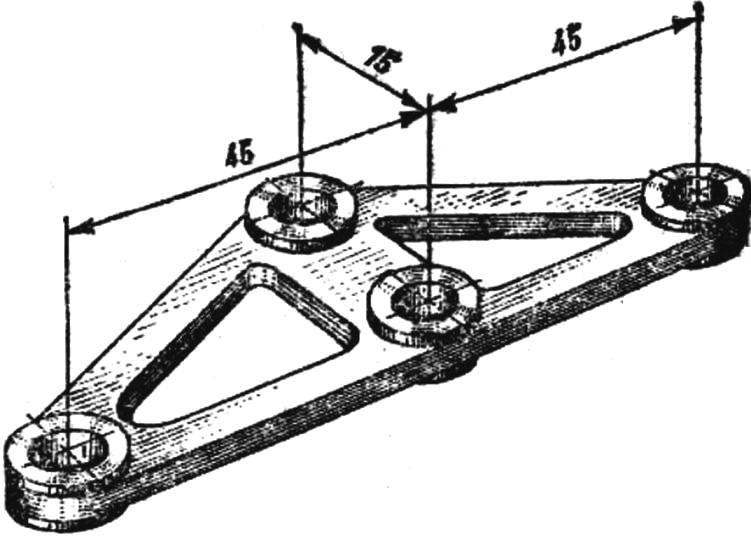 Fig. 3. Rocking control.
The proposed model is the result of numerous searches and experiments. It is interesting for its peculiarities. The first is a thick symmetrical airfoil. As it turned out from the comparison of the polar profile such and “flat plate”, the first with the same resistance has the value of the lift coefficient and a half times higher. When testing is especially bright.
manifested in low speed flight. While the usual “wings-plate” are in the figures is sluggish, our model has the same shape stably and still sharply even at low engine power.
The second — a complete rejection of the use of the balsa while maintaining enough lightness and structural strength. It is also the result of using a thick profile, as well as the transition to spar the power circuit of the wing. What gives? — you will ask. On the strength of our model, as shown by its operation, superior balsa for the same weight set.
We offer to your attention “bouzouki” is so simple in design that does not require detailed description. Focus only on the production of ribs. After making a template out of sheet metal can be cut only two Central ribs, and the rest will be obtained from material remaining as a result of their relief (if you exactly work the jigsaw, it is better to make them separately). 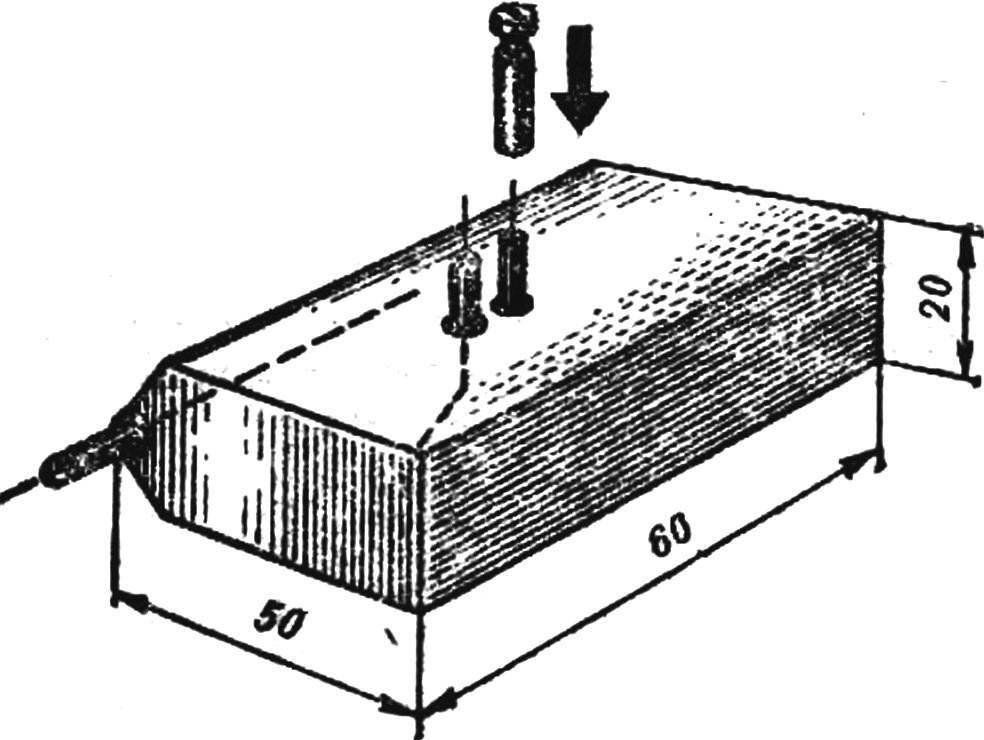 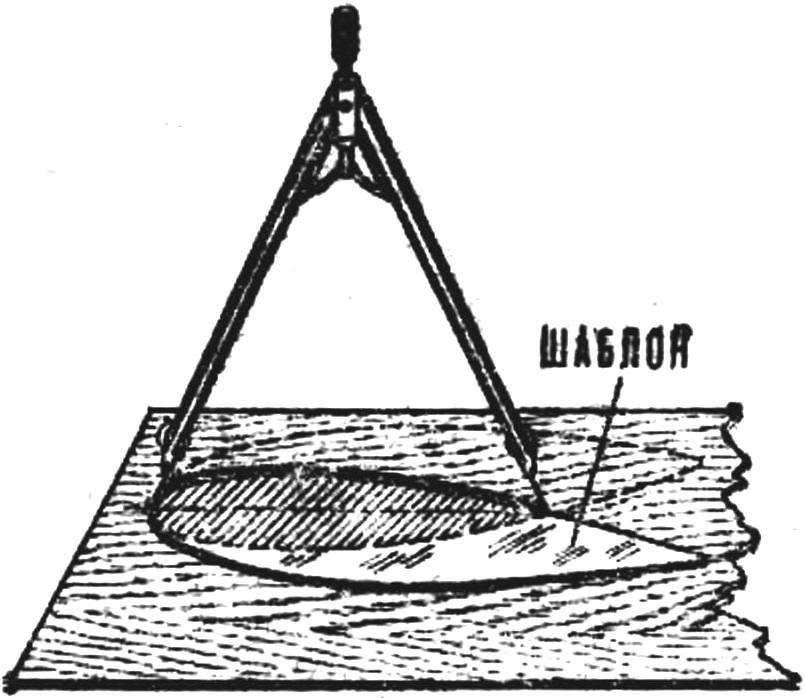 Fig. 5. Build the outline of ribs on a given chord using the template of the root rib.
Note the large scale of the swing control. It will ensure exact matching of variances rudder deflections handle even minor airspeed of the model, when the tension cord is somewhat weaker.
The tail part can be done in one of two ways. Both are practically equivalent from the point of view of strength and weight. However, prolonged use better showed itself, “double”, “bouzouki”. Moreover, it is easier to repair.
Engine KMD-2,5. The only item subject to alteration, — overlay threaded carb. The purpose of the alteration is an increase in passage diameter to 5.3 mm and the maximum shortening of the outer part. If the boost tank pressure from the crankcase of the engine is the overlay threaded allows to increase the power while maintaining the stability of the regime throughout the time of battle.
V. KIBETS