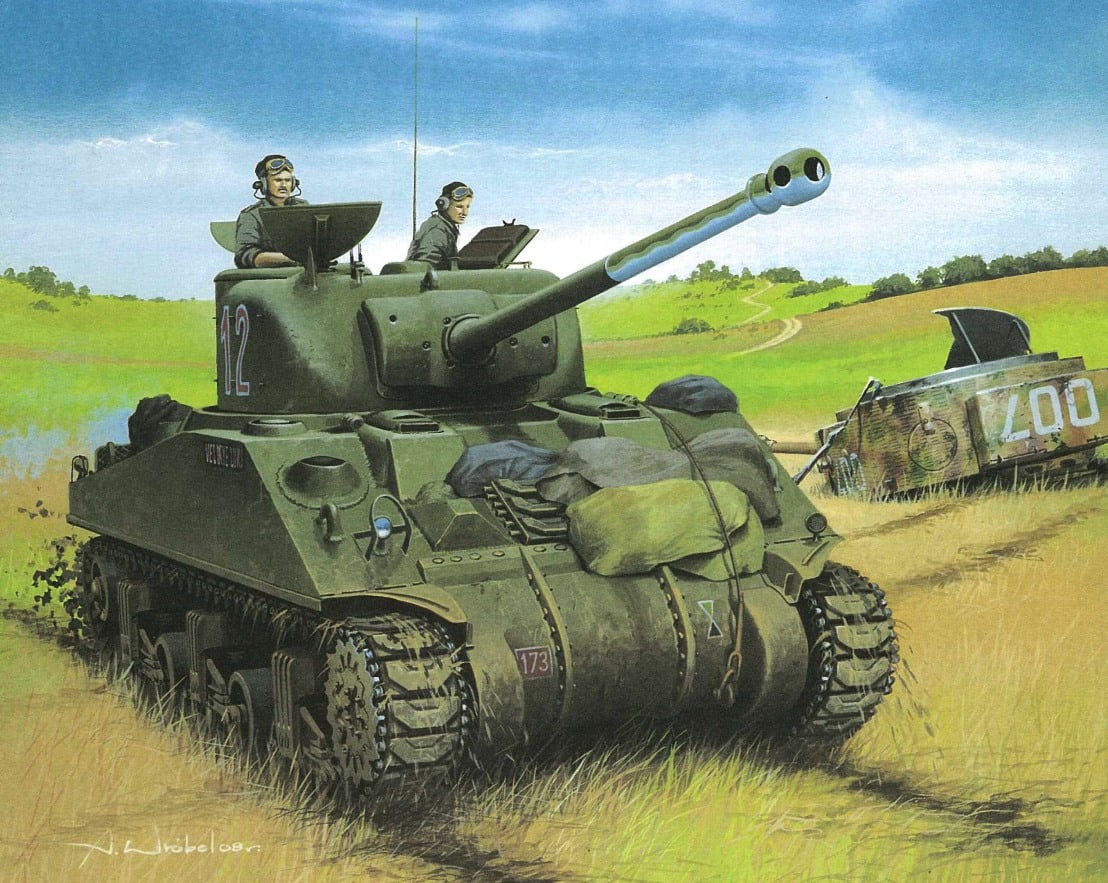 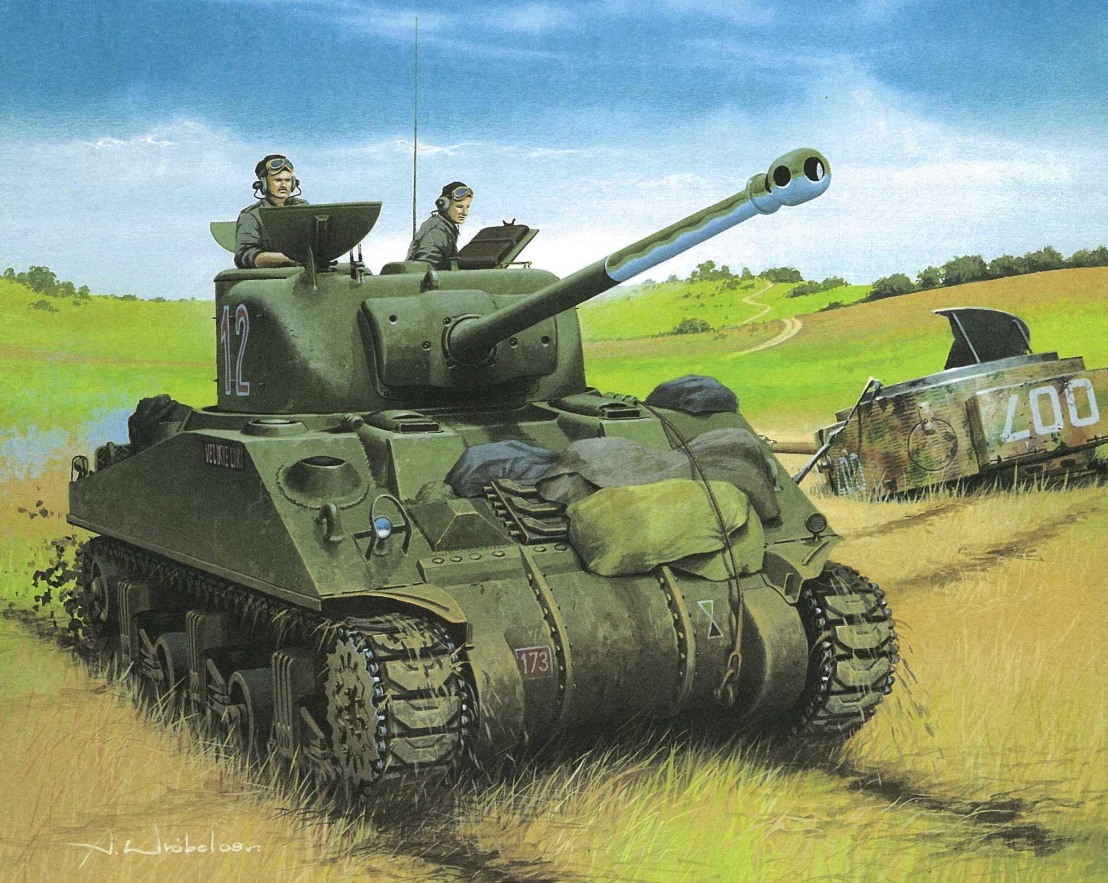 The defeat of the English troops on the European continent and the loss of almost two thirds of their tanks forced the British to seek the assistance of the United States. To make up for losses due to own production, the British was not possible.

At the end of June 1940 England to address this question was referred to the transatlantic ally a special mission. Originally it was planned to develop the production of British tanks, in particular, “Matilda”, the factories in the United States. However, this option did not cause the Americans any enthusiasm, it could only go on purchasing military vehicles. This was facilitated by the adoption of March 11, 1941 law the lend-lease act, which the same day was extended to the UK.
The British were primarily interested in medium tanks, but their production in the United States has not been deployed, so the only tank that they really could get, became easy M3.
The supply tank received in the UK the name of Stuart, began in the spring of 1941 and continued until the end of the war, and supplied almost all versions from M3 to m5a1 variants. M3 medium tanks (Grant and Lee) began arriving in British troops in 1942 and used extensively in North Africa. The most massive American (and only American) tank in the British army became the M4 Sherman.
Its serial production began in February 1942. With the end of the summer of the same year he was shipped to the UK. During the Second world war, she received 17 181 machine M4 various modifications.
The first few hundred M4A1 and M4A2 arrived in North Africa in August — September 1942. Immediately upon arrival “Sherman” was sent to the British workshops at Tel-El-Kebira and El-Abassia, where they were dosnateli in accordance with the requirements of the theater of war and the British army. All American tanks had received an English radio station number 19, boxes for spare parts and equipment English model, smoke grenade launchers. The tanks that fought in North Africa, in addition, equipped with wings of special shapes, reduces the cloud of dust from caterpillars. Of course, quite different than in the United States army, was their coloration and markings.
The second battle of El Alamein 23 October 1942 in the first lines of the 8th British army of General Montgomery was 251 tank “Sherman”. Most of them were in the 1st armored division, the regiments of which — the 9th lancers (9th Lancers), 10th hussars (10th Hussars) and the Queen’s Hunting regiment (Queen’s Bays) — there were about 90 “Shermans”. Tanks of this type were part of the 10th Panzer division, the 24th and the 9th separate armored brigades. And part of the “Sherman” were equipped with American crews reclaimed the theater of operations.
The battle of El Alamein, which became a turning point for the entire North African campaign was won by the British largely due to the large number of “Shermans” in the army.
To the beginning of the battle, 165 British tanks “Grant” Germans opposed to 74 Pz.IIIJ and 27 PZ.IVF2 with a long-barreled 50 – and 75-mm guns, capable of penetrating the armor of “grants”. Joining the battle of the two hundred and fifty even more powerful and advanced tanks for the Germans was a complete surprise and finally turned the tide in favor of the English: gun tankov most of the German Africa corps were powerless against the new American military vehicles. 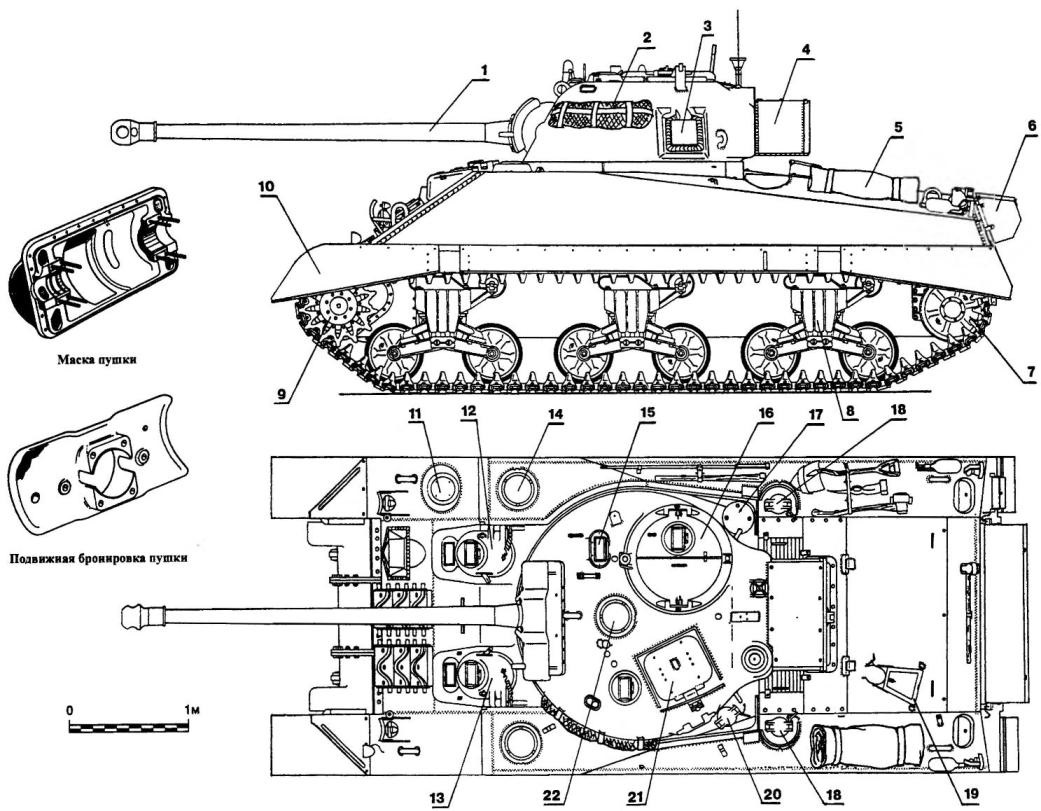 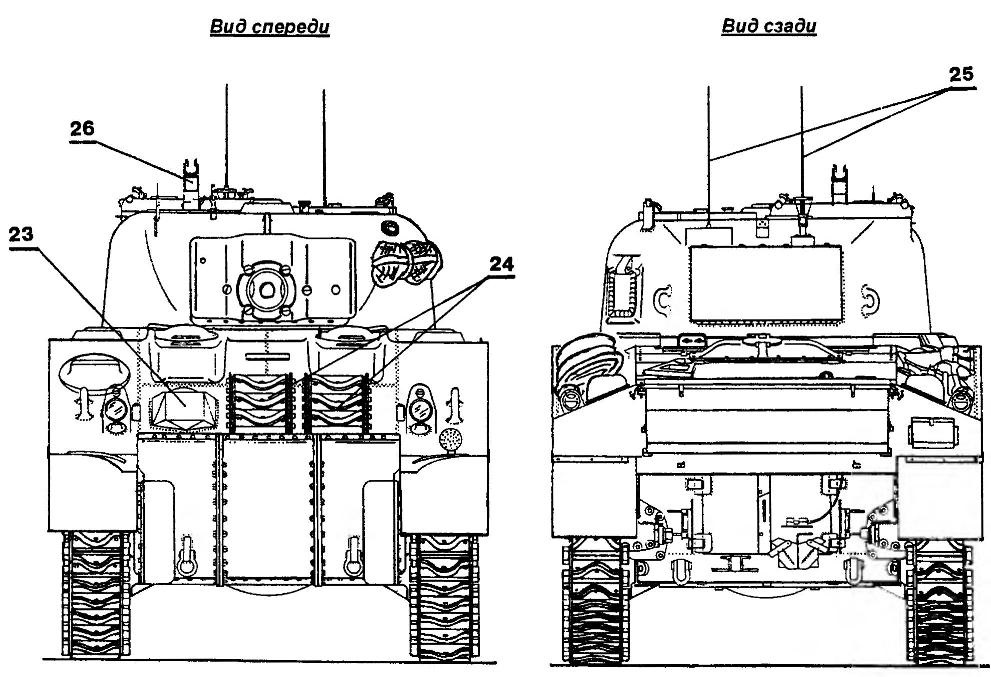 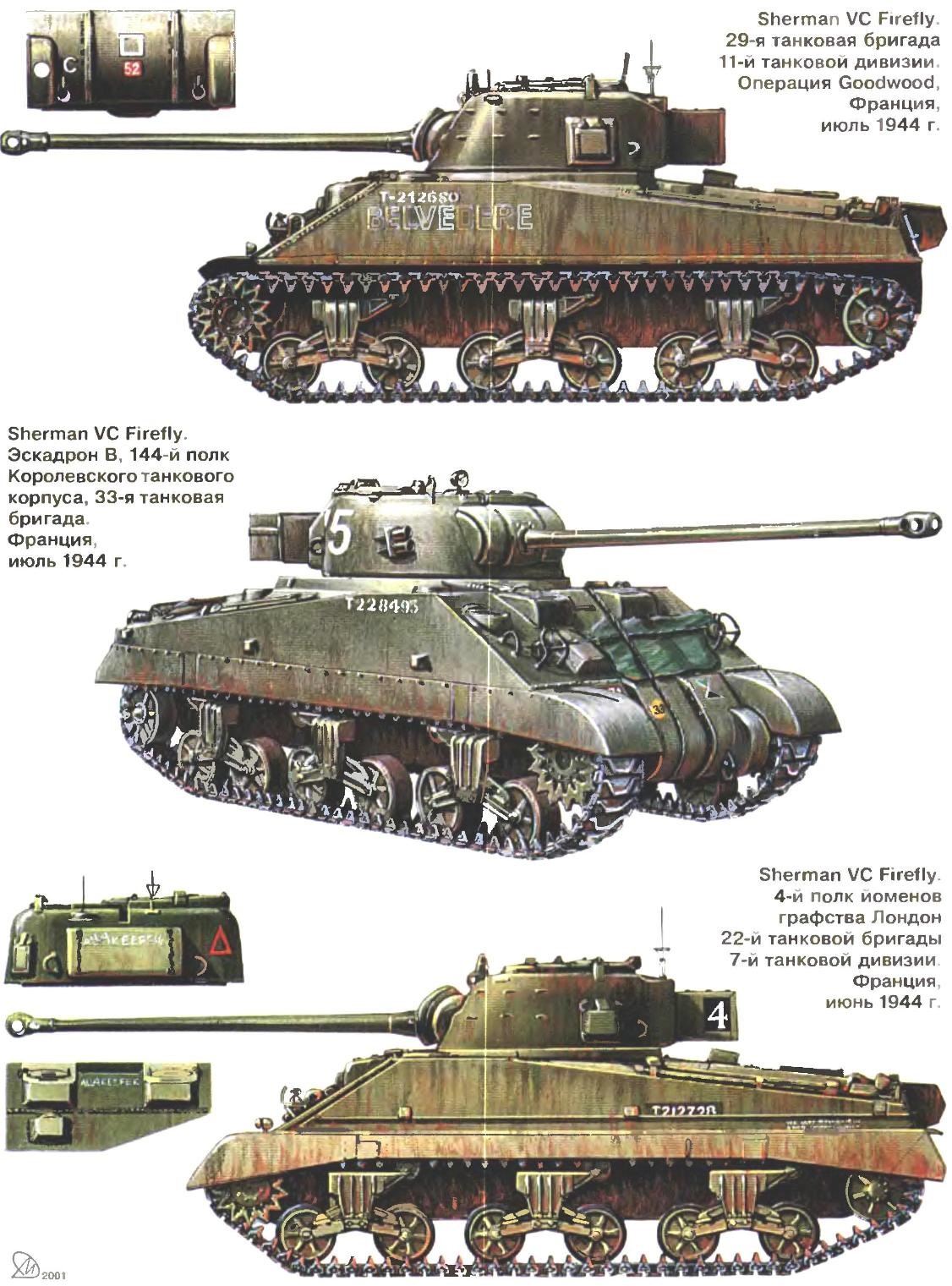 Otherwise look British, canadian, new Zealand, South African and Polish troops who fought in Italy. This theater of operations was considered minor, and therefore there was enough to have only one Firefly per platoon. At the end of 1944 on the Italian front, fought only 77 “Shermans” with the 17th fountoukli. In the English armies operating in the far East, the fighting machines of this type whatsoever.
By January 1945 the order of the war Ministry of great Britain had increased to 3100 Sherman Firefly, of which at that time was made in 1794 units (mostly variants of the IC and VC) and the rate of conversion was 200 units per month. May 31, 1945 the order was again increased to 3260 war machines (converted on that date 2139), but after the Second world war, this order annulled.
And what about the Americans? They also tried to increase the firepower, “Sherman”, setting him in may 1944, its 76 mm gun M1, coupled with a new tower T23. The tool is in its characteristics inferior to the 17-funtovku. Suffice it to say that American armor-piercing shell with ballistic tips and had an initial speed of 793 m/s, and the sabot — 1037 m/s.
However, Americans are not used until the end of the modernization possibilities inherent in the “Sherman”. The diameter of the tower overhead and the width of the turret boxes, it is allowed to place a tower of the tank the M26 Pershing with 90 mm gun. This study was conducted, but at the end of the war, the U.S. military apparently put on the “Sherman” cross, planning serial production of the new M26 tank, designed to become the basic model in the new family for the long term. Strengthening the arms, “Sherman” was considered inappropriate. Then nobody could assume that while the M26 will take its place in museums, “Sherman” vengeance will take part in the hostilities and the question of their upgrading will have to come back. However, not in USA not in the UK. But that’s another story.
The designation of modifications of Taikov series M4 in the British army
Sherman I—M4 set 2096 units;
Sherman IB — M4 (105), delivered 593 units;
Sherman IC — M4 English rearmed with 17-pounder gun;
Sherman II—M4A1 posed 942 units;
Sherman IIA — M4A1(76)W, delivered 1,330 units;
Sherman IIC — M4AI, English rearmed with 17-pounder gun;
Sherman III —M4A2, delivered 5041 unit;
Sherman IIIA — M4A2(76)W, delivered five units;
Sherman IV — М4АЗ delivered seven units;
Sherman V — M4A4 set 7167 units;
Sherman VC — M4A4, English rearmed with 17-pounder gun.
M. BARYATINSKY