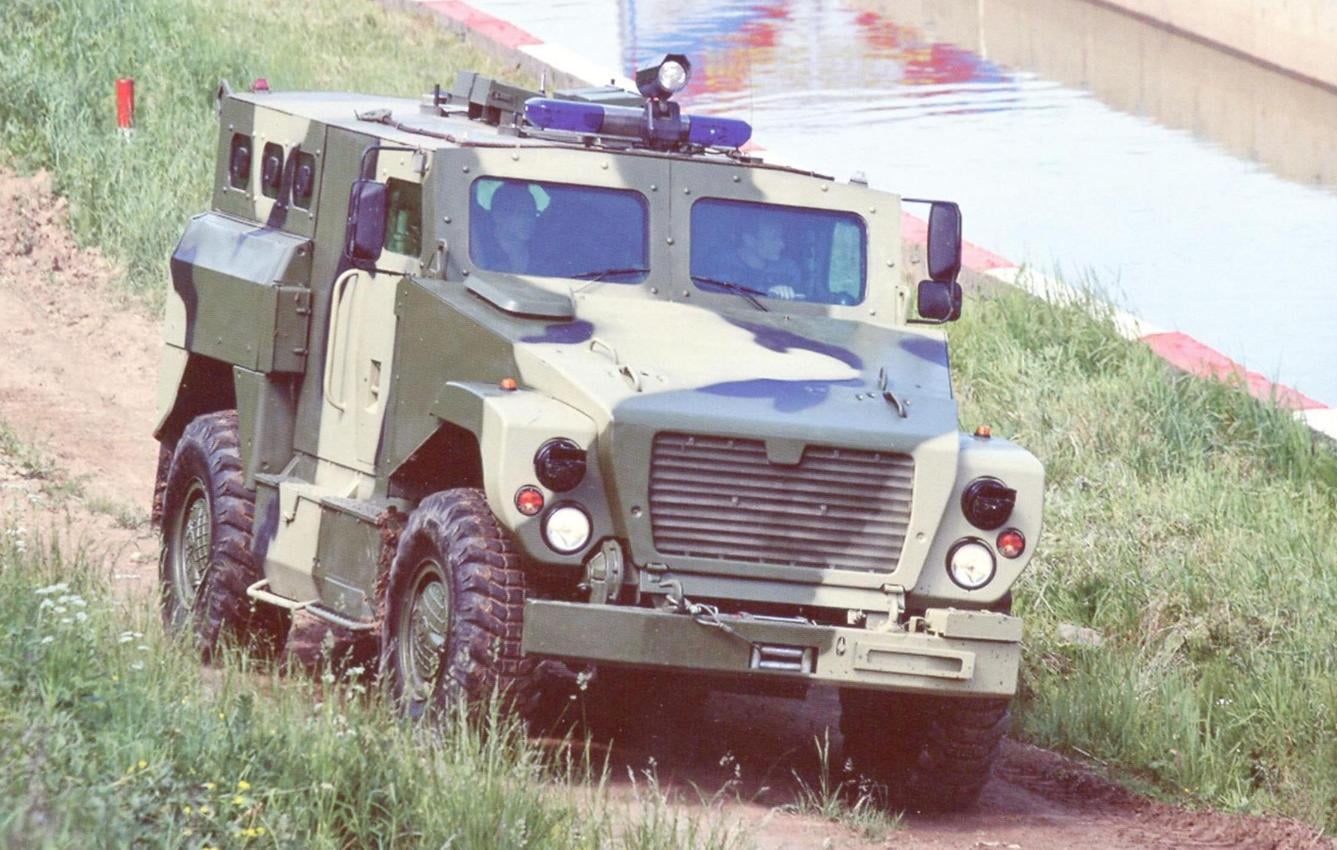 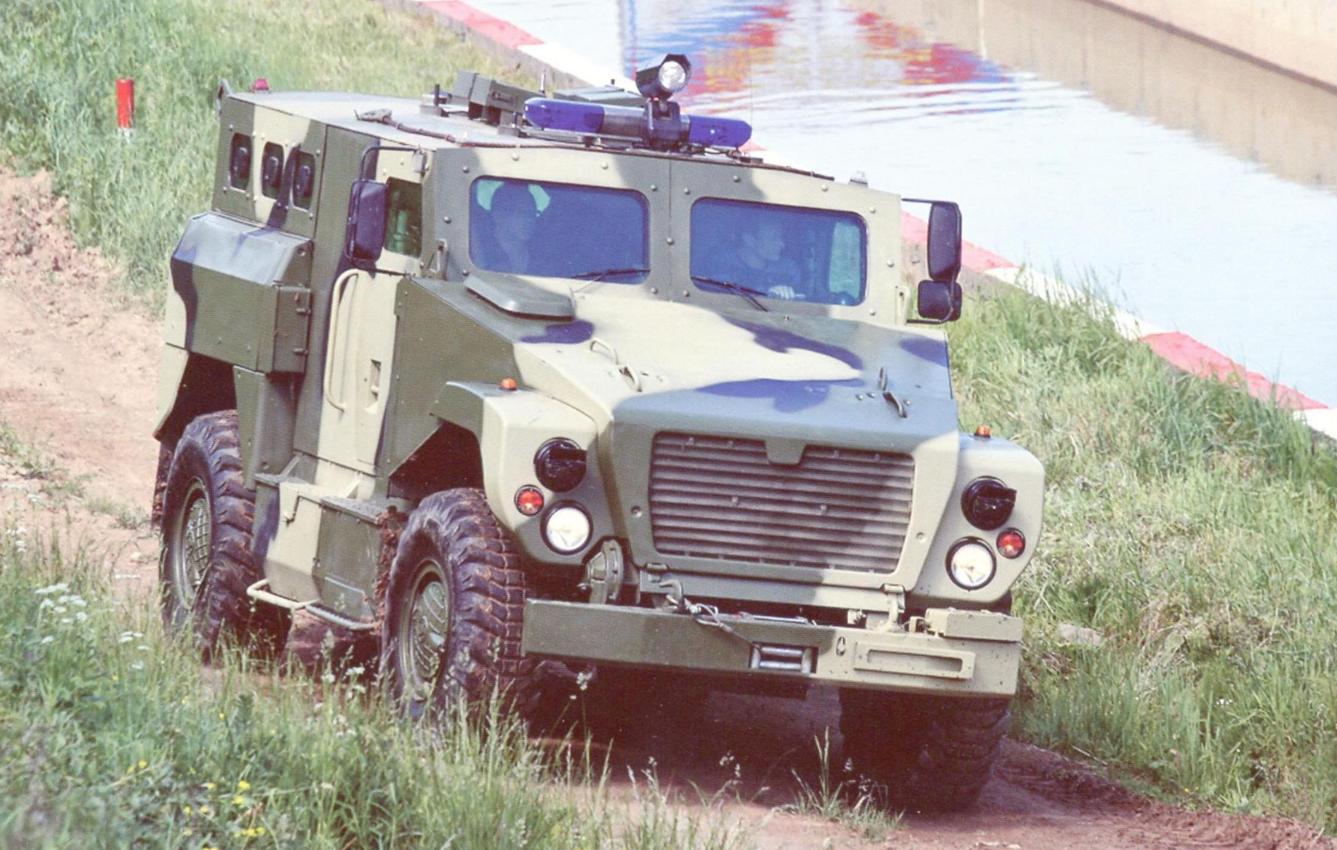 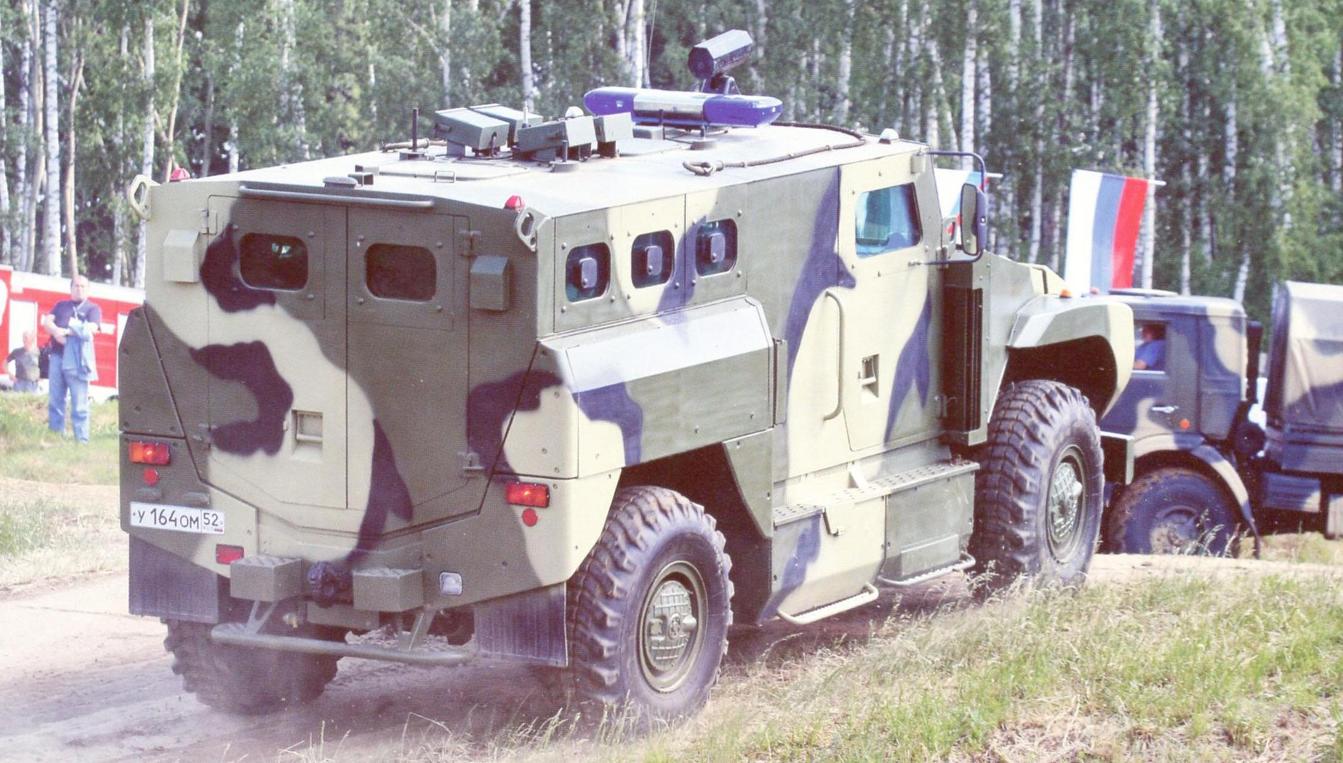 Analysis of the use of wheeled armored cars (BA) in local wars and armed conflicts of recent decades have shown the need to further increase their survivability. Established that a significant danger to them are bombs and mines placed on the roads. So, on average, more than 30% of the armored cars was out of action from defeat by them, 40% of cases can be attributed to the share of small arms, the remaining percentage accounts for the impact of hand-held antitank grenade launchers and missiles. However, in operations such as, for example, the Iraqi “desert Storm” or Somali “Revival of hope”, the loss of U.S. armored vehicles against mines and improvised explosive devices (IEDs) accounted for 60%, much higher than all averages.

Therefore, in recent years to develop machines with high level ballistic, but mine protect. Abroad, they began to produce in accordance with the adopted program MRAP (“Mine resistance and protection from the actions of ambushes”). This domestic analogue is an armored four-wheeled “Bear”, the official presentation of which was held in 2011 at the International exhibition of security “INTERPOLITEX-2011 “. This is one of the latest military samples created by the designers of the Military engineering center “Military-industrial company” together with scientists from Bauman. Bauman.
For armored vehicles “Bear” they developed a lifting body bonnet layout on a rigid frame, welded from the original posted “differencirovannoe” booking. It was covered with two layers of armor plates with a ceramic “filler” between them. Such multi-layer housing wall thickness of 80 mm was equivalent for the protection 9,5 mm broneliste.
As the main materials in the car used the new “ultraviolent” steel stamps “44C” the Volgograd factory “Red October” and “Institute of steel”, which managed to create ultrafine-grained ductile metal with high hardness (stainless Cr-Ni-M-V “number of hardness” Rockwell HRC=55). 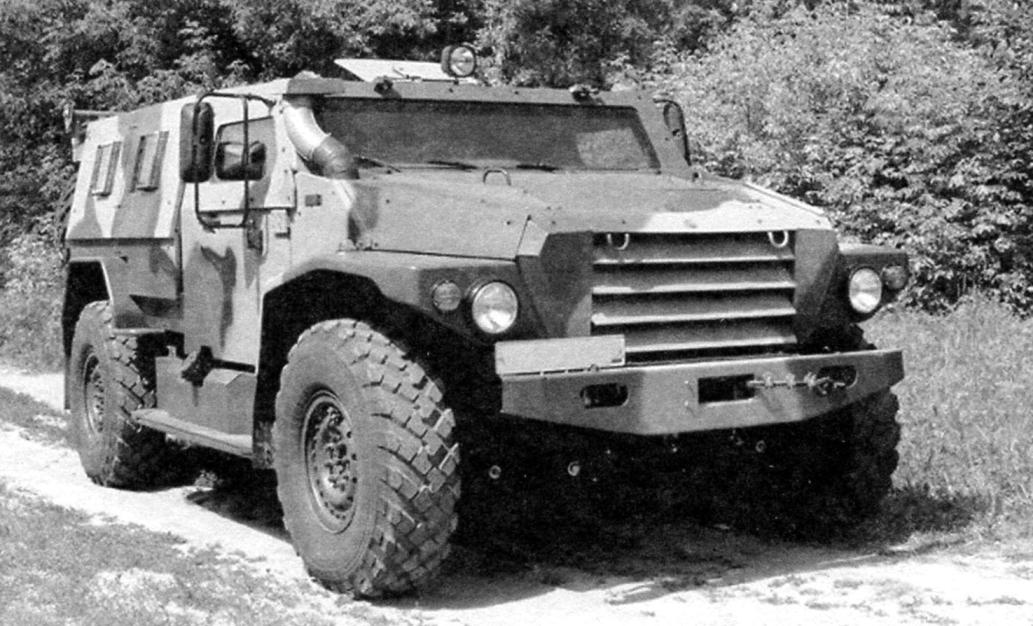 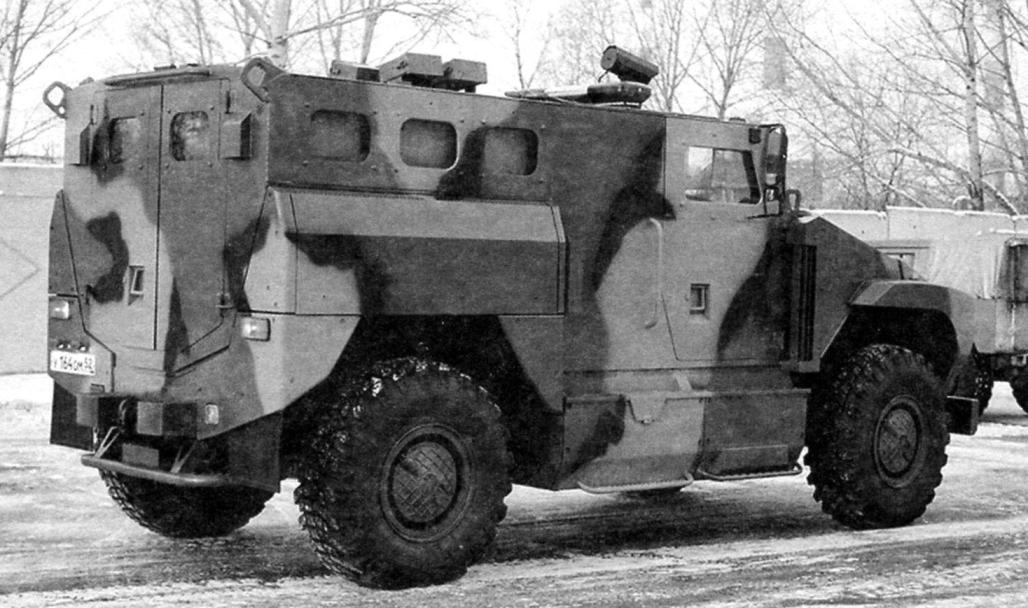 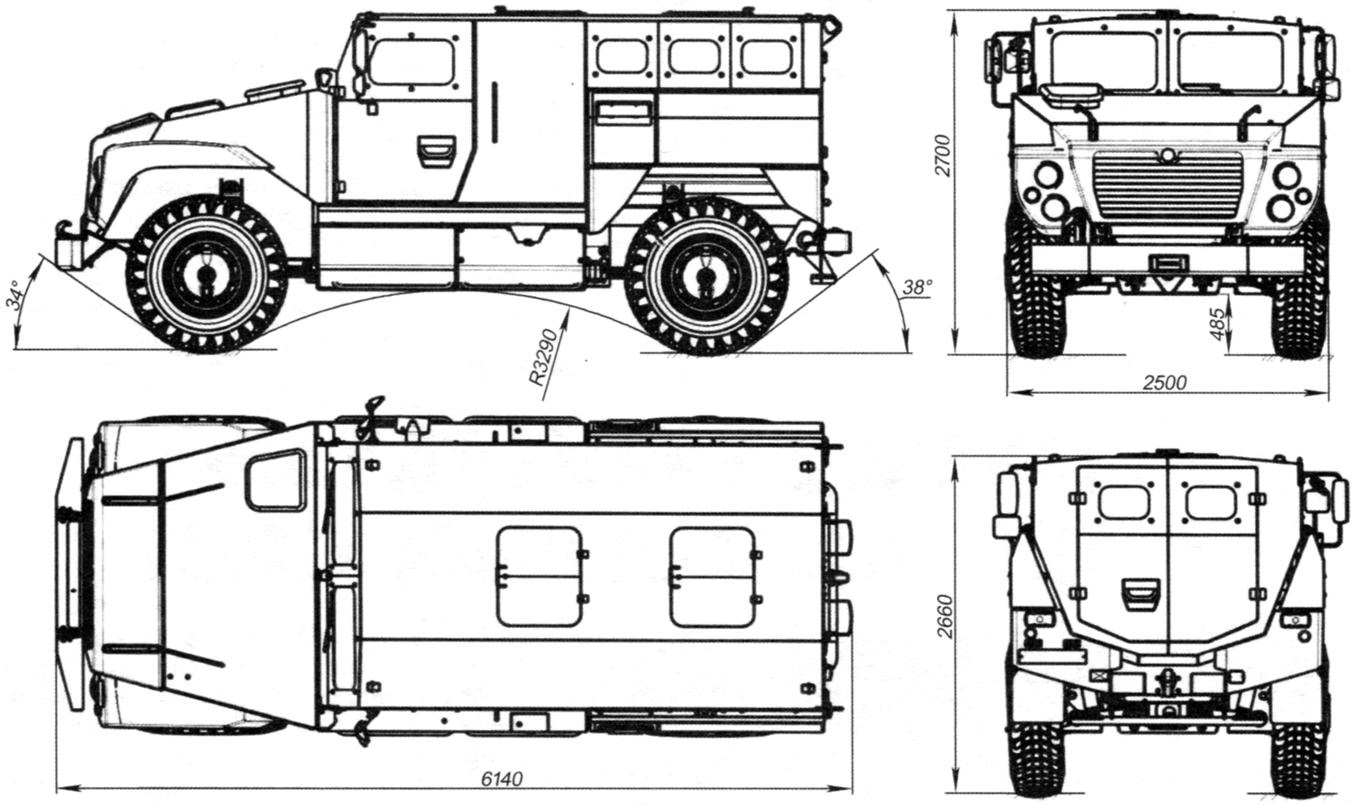 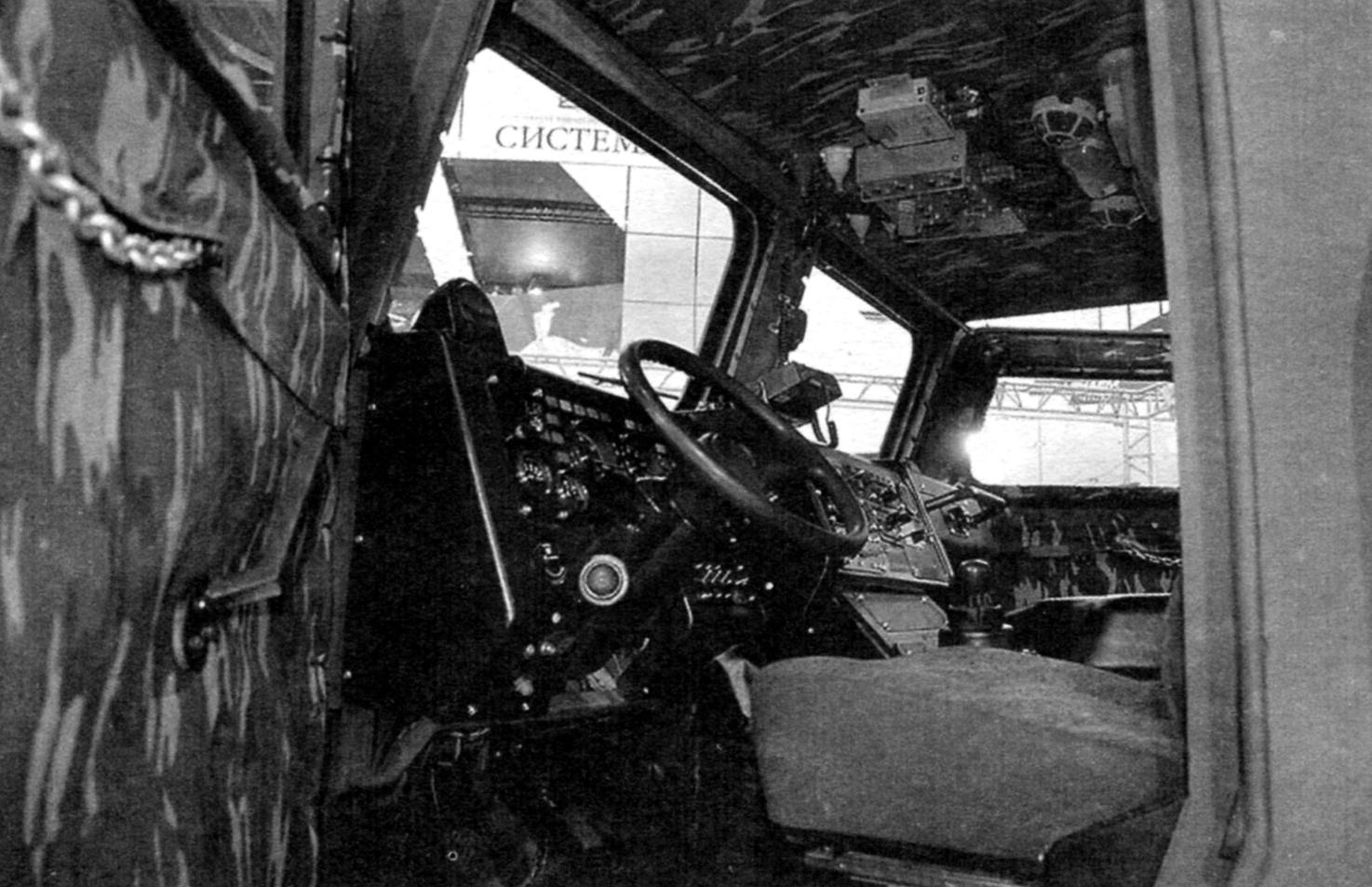 The compartment of the armored vehicle
Note that the most important parameters of armored steel are its strength and plastic properties, which are in constant contradiction:improving the hardness and the tensile strength of steel leads to a decrease in its viscosity and Vice versa. The difficulty is that, with the increase of hardness to maintain a sufficiently high viscosity of steel, without causing it to brittle fracture at “meet the bullet”. According to experts, the use of steel “44C”, “allows to reduce by 15% the thickness of bancontrol without compromising protective performance and survivability”, hence a lot of “products”.
In the factory the brochure stated that such a sheet the “thickness of 6 mm provides protection against bullets B-32 7.62 mm in a thickness of 6 mm with a distance of 100 m, thickness of 10 mm with a distance of 10 m, and the bullet B-32 12.7 mm in thickness of 20 mm with a distance of 75 m”.
Bullet B-32 – rifle-machine gun armor-piercing incendiary weight of about 10 g, the initial velocity is 816 km/s. Inside their head part before the top of the armor-piercing core instead of lead placed incendiary composition. They are intended for shooting at lightly armored vehicles; to ignite flammable materials in the thick-walled container, such as railway tanks with fuel, as well as to engage manpower beyond the light armor covers, at ranges up to 500 m. the Funeral online store offers here you can buy the wreath at the cemetery. Such a bullet strikes the 10-mm sheet of armor steel of the brand “2P” at the distance of 200 m. This is a common armor steel (alloyed Si-Mn-Mo, the hardness of about HRC 46 to 10 mm sheet) used, for example, the T-34.
From the comparison of the action of the bullet B-32 to become “44C” and “2P” visible to the obvious benefits the first.
We now turn to the existing standards for ballistic protection of armored vehicles. Regarding the car “the Bear”, it corresponds to the 6th level of domestic GOST R 50963-96 or 3rd class of the International standard STANAG 4569. This means that with a probability of 95% protection against shots from rifles ammunition 7Н13 with bullets weighing 9.4 g at a distance of 5 – 10 m, and the bullet B-32 with a distance of 100 m, which, as you can see, is exceeded. 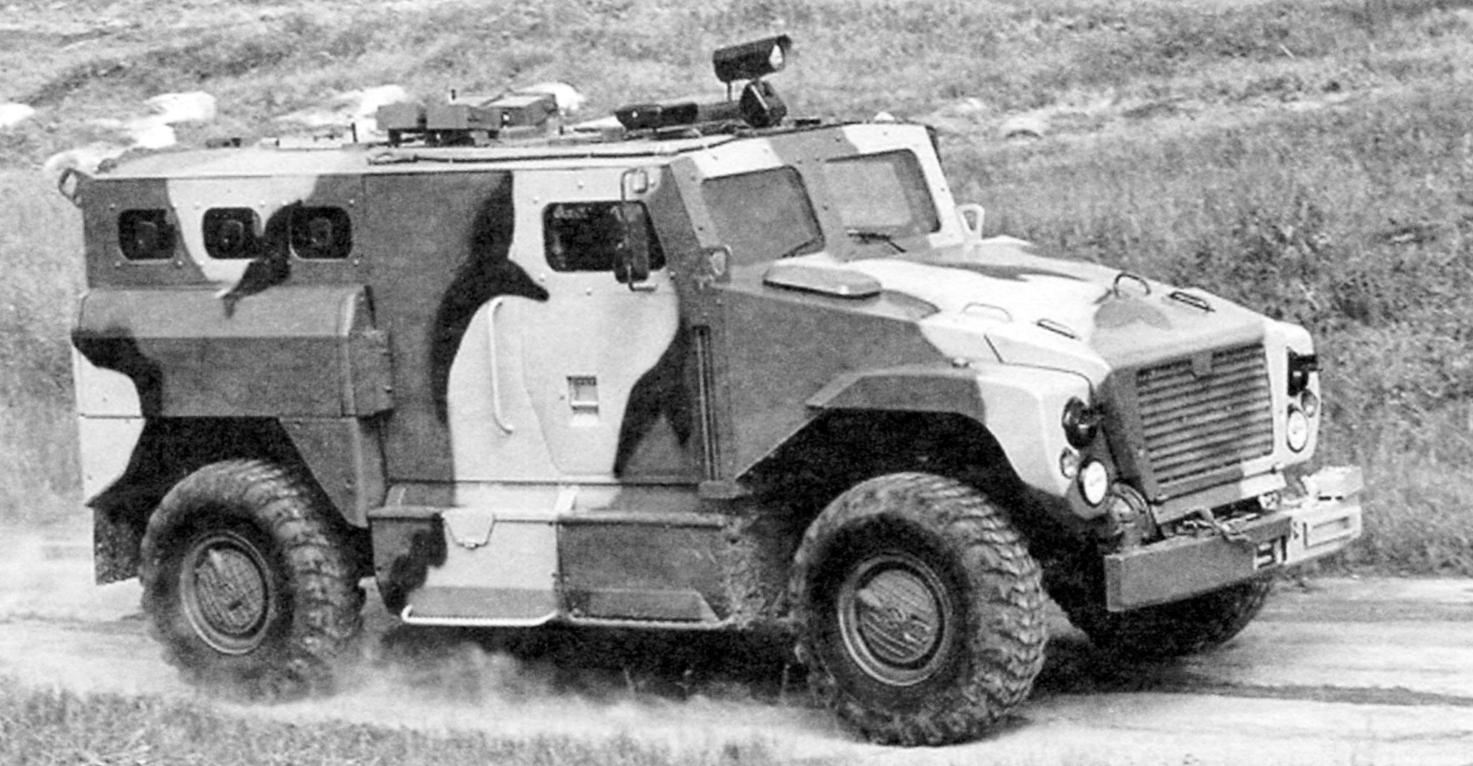 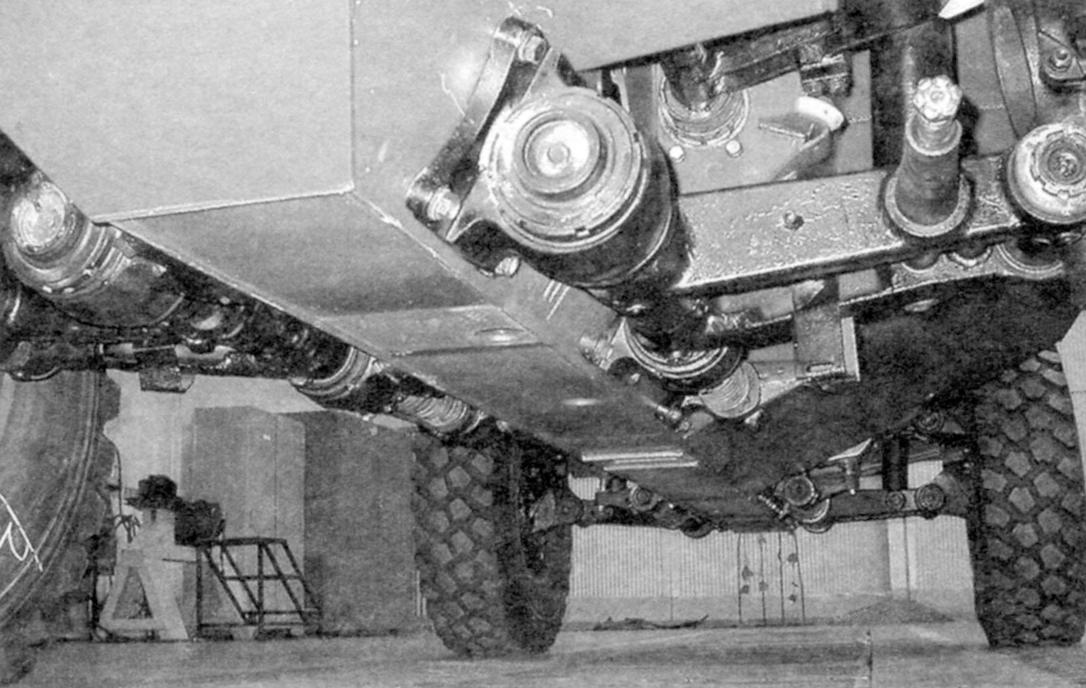 Protection V-shaped bottoms of the armored car corresponds to the 5th level according to the GOST R. the Drivetrain is borrowed from the car “Ural”, the independent torsion bar suspension and wheels – from the BTR-90. Clearance-500 mm 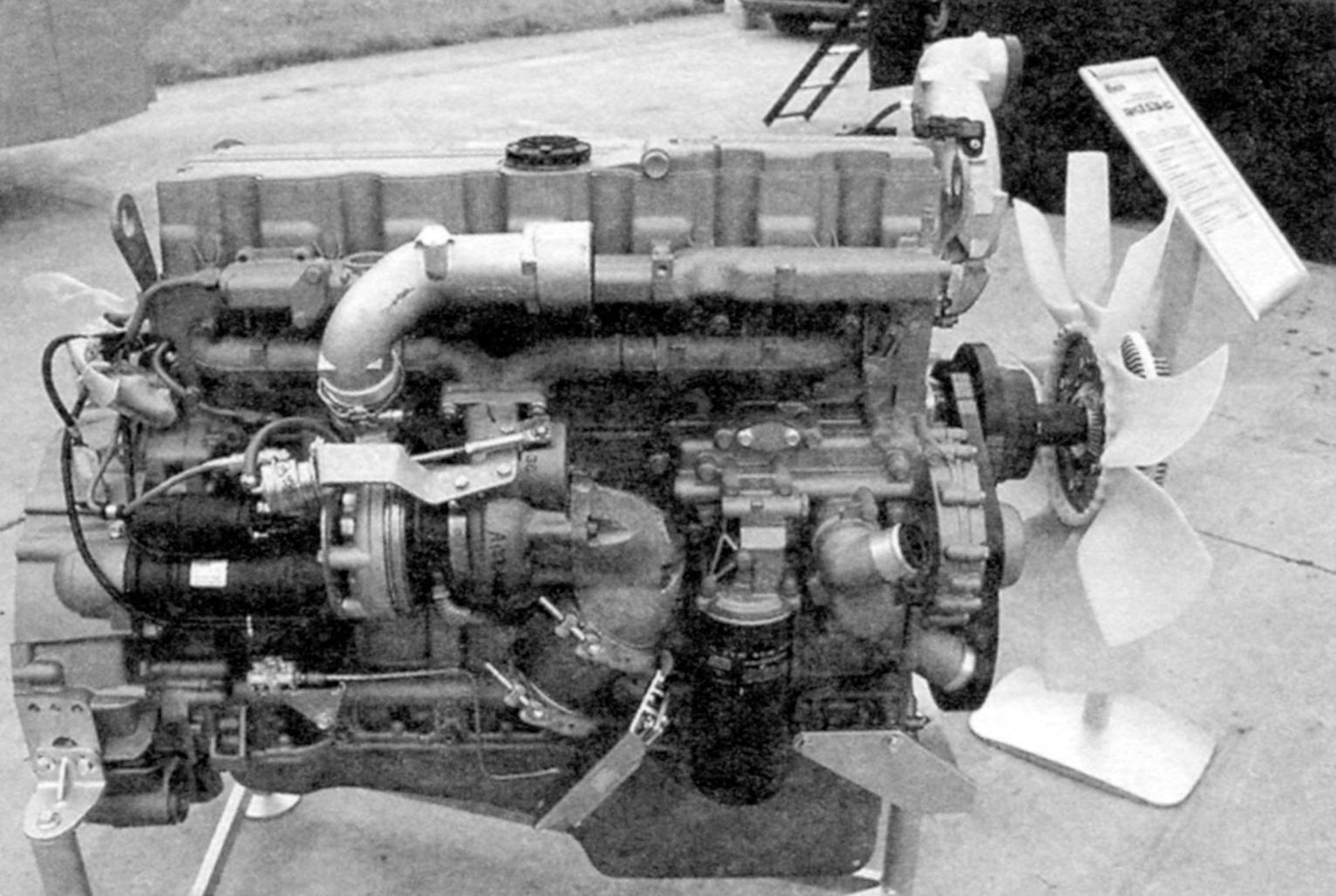 Armored car SPM-W “Bear”
When test firing of the machine there was not a single end-to-end penetration; were breaking through the outer plate armor, but the “armored cores of the bullets were stuck inside the shell”. We would add that just in case there is the cabin even internal anti-shatter coating on the basis of “decalin”, self-adhesive layered cladding material on the basis of penopolietilena intended for heat and sound insulation cabins with thickness up to 15 mm.
As regards mine protection the vehicle survives under the wheel or bottom mines or IEDs with a mass of explosives, equivalent to 7 kg of TNT. This corresponds to the 5th level GOST R and class 2b STANAG.
Statistics show that in military conflicts, improvised explosive devices with the equivalent of 5 to 6 kg were used in 10% of cases, destroy equipment, with the equivalent of 6 – 7 kg – 24% and 7 to 8 kg in 29% of cases.
Bottom protection is achieved by installation of additional layered armor plates V-shaped, large (500 mm) ground clearance, and a sealing crew cabin from the blast with its sharply occurs a pressure surge.
The crew and troops are special protivorevmaticski-ing chairs, able to absorb the energy of the explosion. They sprung, their frames are attached to the side walls of the machine. As a result, the attachment points when blasting is transmitted only part of the dynamic loads, distributed on the machine in General, due to local deformation of the whole structure. In addition, the energy-absorbing elements in the form of chairs connected swivel plates, rods and struts work in compression, tension. Improving the security of the crew is due to the effective damping of the impulse of the shock wave on the body. All seats are equipped with seat belts, the use of which is mandatory.
Bronekapsuly machine only protects the crew inside the machine. All outside on the bottom, under the hull-including drivetrain, suspension, even the engine compartment are not protected. The creators felt that the blast wave under the body must first “break up” these units. The enclosure must withstand the impact due to the destruction of the outer units, assemblies and mechanisms with minimizing its destructive power.
The design of the armored car used by some units already manufactured production cars. For example, the installed engine yaz-536 Yaroslavl motor plant (now JSC “Autodiesel”), built quite recently, in 2011, These engines are designed for installation in the promising automotive and bus equipment the Gorky and Minsk automobile plants. 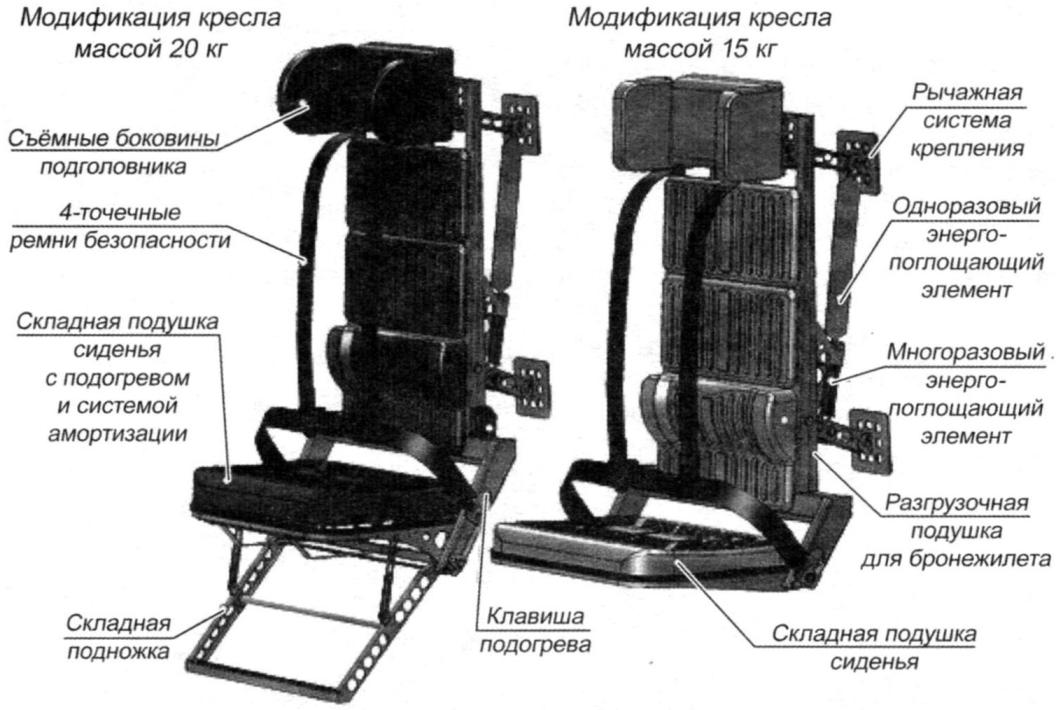 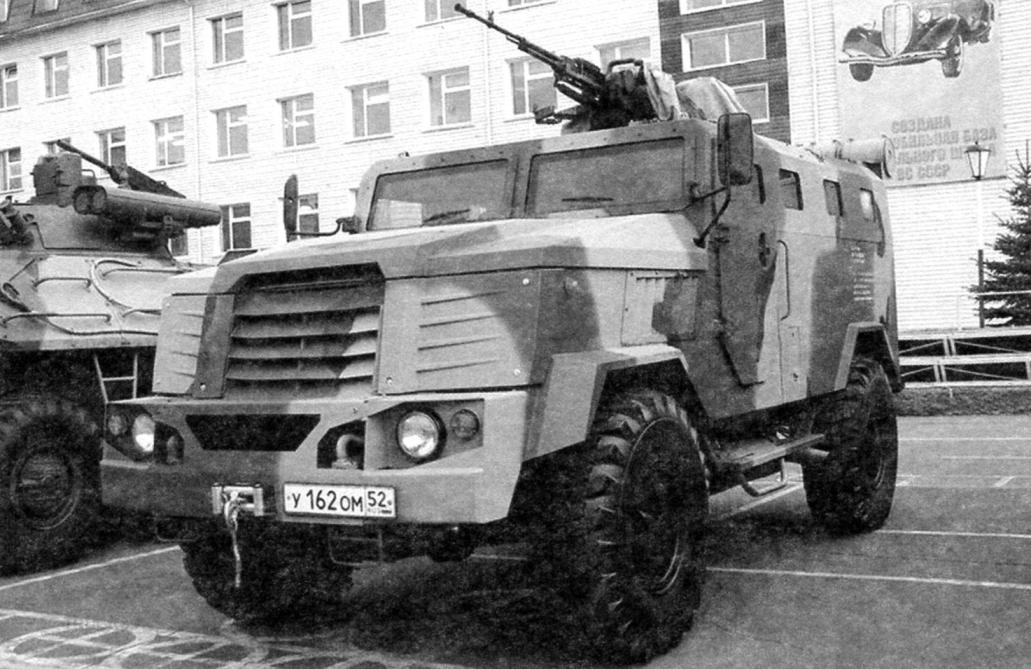 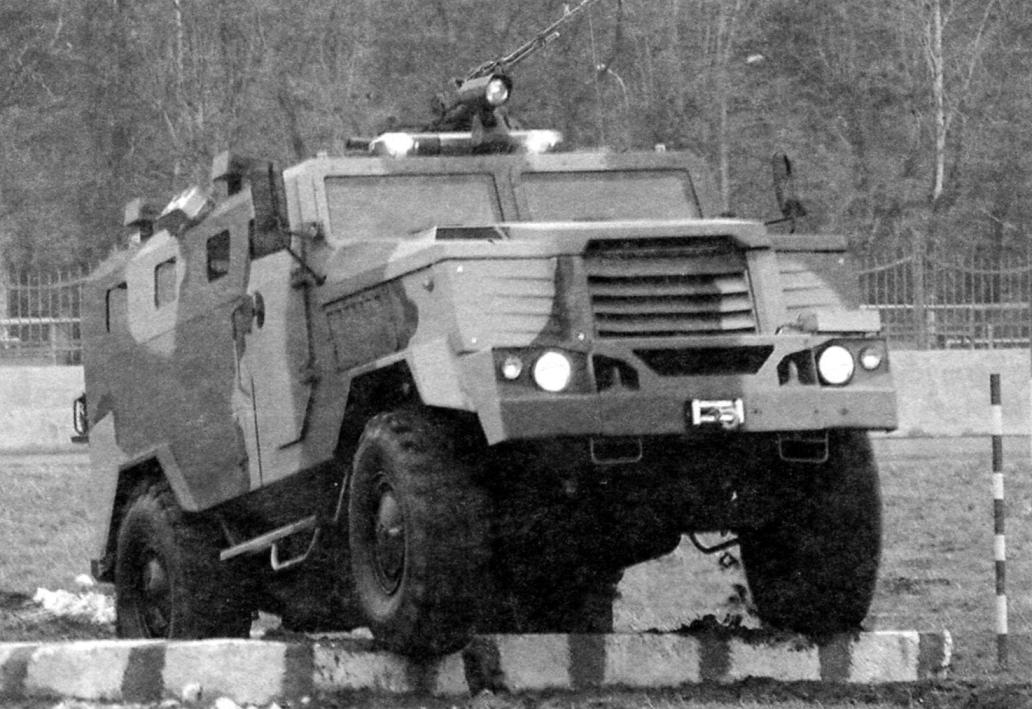 The armored cars “Tiger” and “Bear”
Yaz-536 – promising diesel inline 6-cylinder four-stroke turbocharged engine liquid-cooled,displacement of 6.65 liters, weight – 640 kg. Maximum power – 312 HP at 2300 rpm./min.
The engine is able to operate without reducing power, economic and other indicators in areas located at altitudes up to 1500 m, and passes up to 4650 m above sea level. His resource is designed for 800 thousand km; ecological standard, EURO-4.
In the transmission machine used units and components of serial cars “Ural”, applied by a fully independent torsion bar suspension of the BTR-90.
Armored car “Bear” was created not only as army and special forces, but also as police, so the weapons it can be equipped with the “on customer request”. On a remote-controlled turrets it is possible to put a 12.7 mm machine gun 6П50 “Cord”, 7.62 mm PKT “Pecheneg”, automatic grenade launcher AG-17, or AG-30M, anti-tank missile system. Any armament is stabilized in two planes.
The fire control system turret includes an onboard digital computer, the TV on low level light camera, a laser rangefinder; image displayed on the color LCD monitor on which the gunner searches and pointing at the target with the remote. The whole process is automated and is performed without the output of crew from the machine.
THE MAIN CHARACTERISTICS OF ARMORED VEHICLES