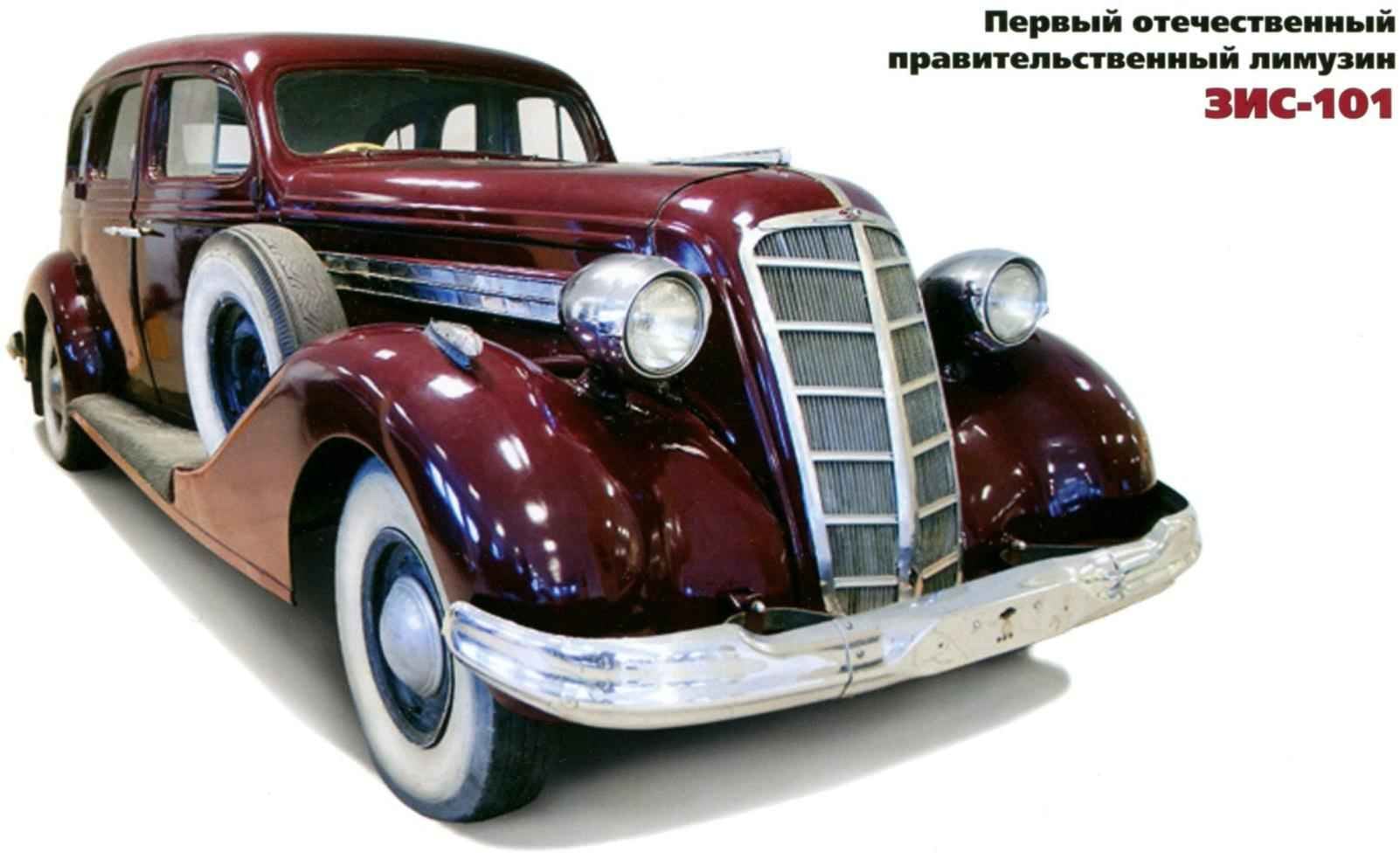 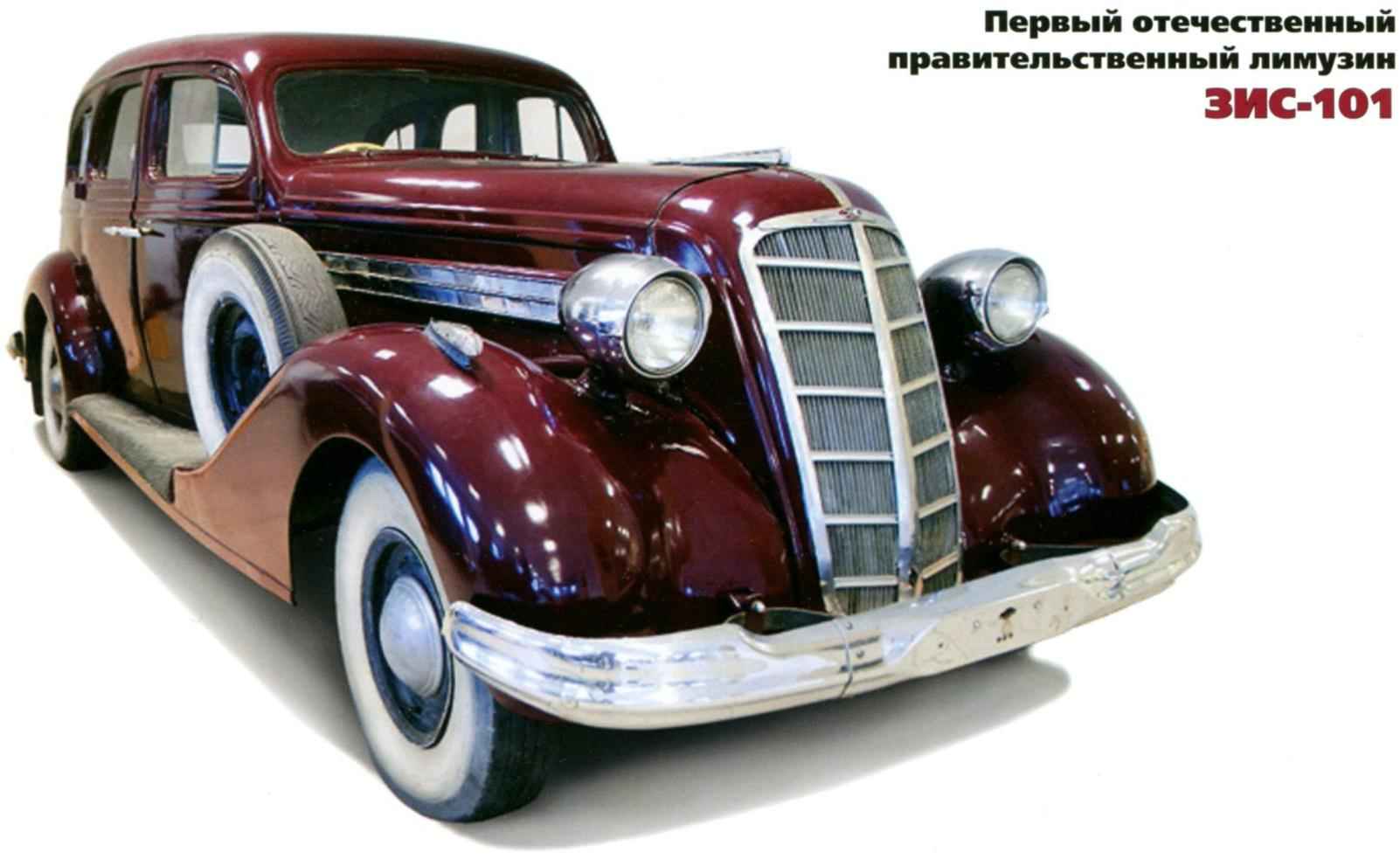 Luxury car ZIS-101. In the early 1930-ies in the Soviet Union there is an urgent need in an Executive car of a domestic production. The fact that pautinopodobnoj elite in the Soviet Union cars were not issued a Soviet-American trading company Amtorg had regularly purchasing not cheap cars Buick and Packard.

In July 1932 at a meeting in the people’s Commissariat of heavy industry S. deacon, Manager of the all-Union tractor Association (vato) and placed it in front of the Leningrad plant “Red Putilovets” the task of creating a “Soviet Buick” and deployment of serial production.

As a role model was chosen as the largest and most powerful UIUC 32-90 of issue 1932. Promptly Institute Lengiprogor produced working drawings of the car, which by may 1, 1933, were collected six cars, called L-1 (Leningrad-1).

L-1 took part in a may day demonstration in Leningrad, and already on may 19 started its trial run on the route Moscow – Leningrad – Leningrad. However, the mileage of the car is constantly out of order – impact results piece, in fact – semi-artisanal production. In the end, the order of narkomtyazhprom all work on the car L-1 on the “Red Putilov” was discontinued. However, the reason was not only the failure of L-1 – approximately the same period, the plant was tasked to master the serial production of tractors and tanks T-28. But the creation and production of Executive cars put on the ZIS automobile plant named after Stalin.

The design of the car is factory specializing in the production of trucks, was difficult. Instructed its technical Department, which was headed by a talented designer, E. I. Vazhinsky. He abandoned the meticulous copying of foreign prototype – from a Buick 32-90 borrowed only the design of the engine and overall layout. The result is a machine though and unlike the Buick, but had with him a conceptual similarity. 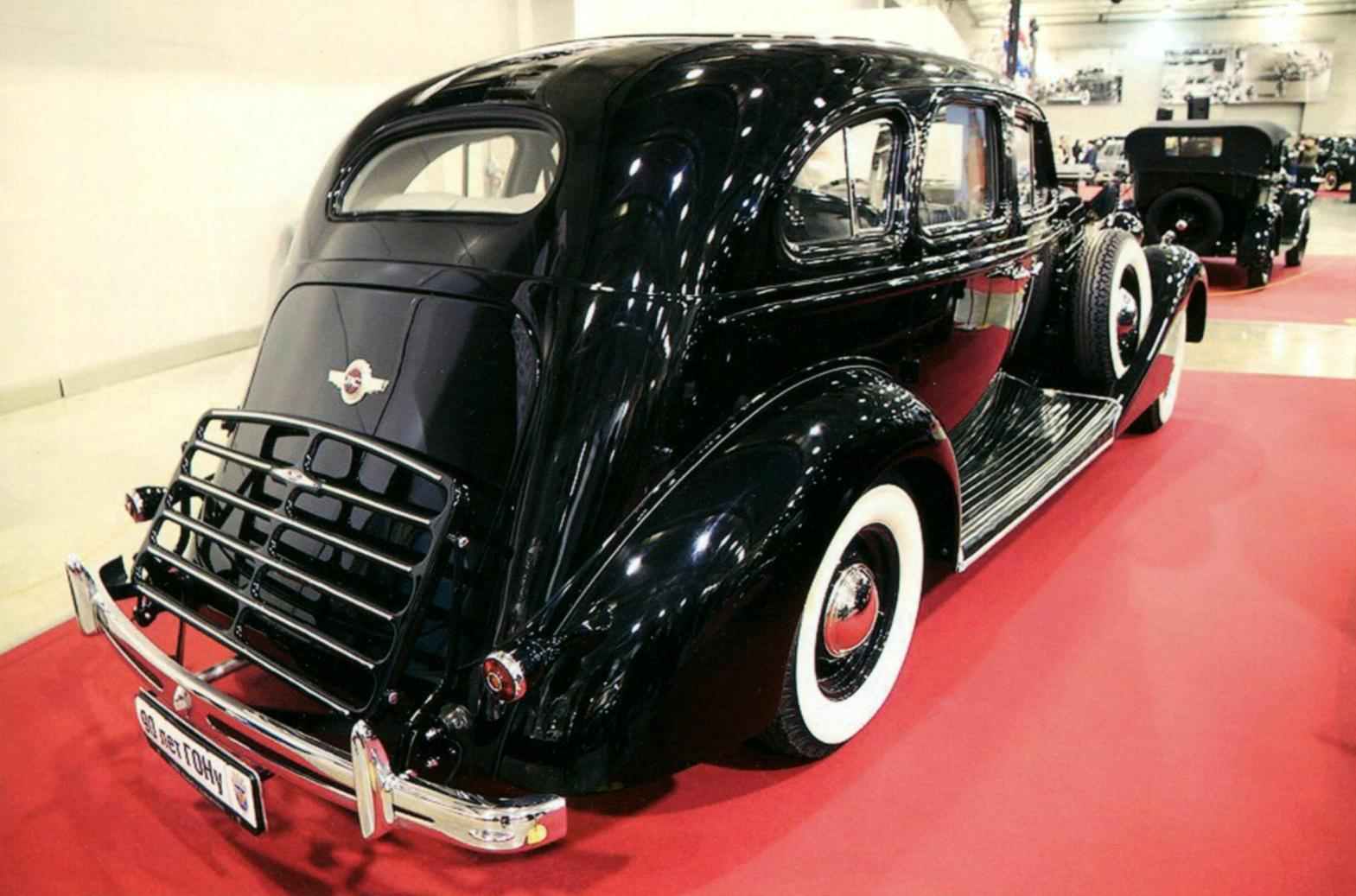 I must say that the body of ZIS-101 (the name given to the car) was developed, the designers of VMS, and designers of the famous American body company Budd Company. There was also designed and manufacture
for tooling and welding jigs for Assembly of the body, special machines and dies for the manufacture of body panels and frame rails. At the Budd Company also collected the first batch of bodies. In all these works company Budd has received from the Soviet Union $ 1.5 million – a sum at that time a giant!

The first samples of the chassis of the ZIS-101 was finished in March 1936. Although by this time the body they have not yet been installed, the Director of the ZIS I. A. Likhachev (former, by the way, the most experienced driver!), despite the wet snow, only one chassis made a trial trip to Podolsk, near Moscow and back.

At the end of March and in April, the factory prepared two vehicles for presentation of their traditional leaders of the Communist party and the government. One of the ZIS-101 was painted black, the other in cherry.

On 29 March, the car was taken to the Kremlin, where they were presented with a “high Commission”, consisting of I. V. Stalin, L. M. Kaganovich, V. I. Mezhlauk, Mikoyan, Molotov, Ordzhonikidze, H.With. Khrushchev and A. Ya. Chubar’. What “Commission” consisted mostly of top officials, spoke about the special attention pautinopodobnoj elite to the creation of a Executive car.

Specific comments on the appearance of the vehicles present have not been found, except that Stalin offered to make the logo on the radiator in the form of a waving red flag with a star.

In January 1937, began an Assembly line of cars of the highest class. It lasted until the beginning of the great Patriotic war, during this period it was released 8752 car all versions (ZIS-101, ZIS-101A and ZIS-102).

Executive cars have always been the bearers of the most advanced technical solutions and the most modern production technologies. No exception to this rule and the ZIS-101.

On this machine the domestic auto industry for the first time mastered the production of body type “limousine” with a drop-down glass between the front and rear of the cabin. For the first time the vehicle received efficient heater. It was the ZIS-101 began to be equipped with radios AI-656 plant named after Ordzhonikidze, who worked in the ranges of medium and long waves.

Spar frame with X-shaped jumper wire has been very tough. Suspension bridges were dependent, spring, with hydraulic lever shock absorbers of bilateral action. The design of the chassis
provided a smooth, comfortable movement.

Car brake mechanical, drum, with vacuum booster. The outer surface of the drums were finned, which was a guarantee for efficient cooling. It all contributed quite effectively to slow down the car, the weight of which reached nearly three tons!

The engine of the limousine – row, eight-cylinder, overhead valve. His cooling system was equipped with a thermostat to maintain the optimum coolant temperature. The triple-carb, like Marvel, heated by the exhaust gases. The crankshaft had counterweights and torsional vibration dampers.

The engines were produced with both cast iron and aluminum pistons, and the compression ratio was 4.8, power – 90 HP, and the latter is 5.5 and 110 HP

The transmission consisted of a dual-clutch, three-stage mechanical transmission and rear axle with conical spiral gears.
The second and third gear transmission had synchromesh.

Firm Budd Company that designed the bodywork for the ZIS-101, relied on small scale production of the car, so focused on the mixed derevianchenko the bodywork, which was a frame made of solid wood – beech. On the site for the manufacture of frame members and the Assembly worked exclusively joiners of the highest qualification. 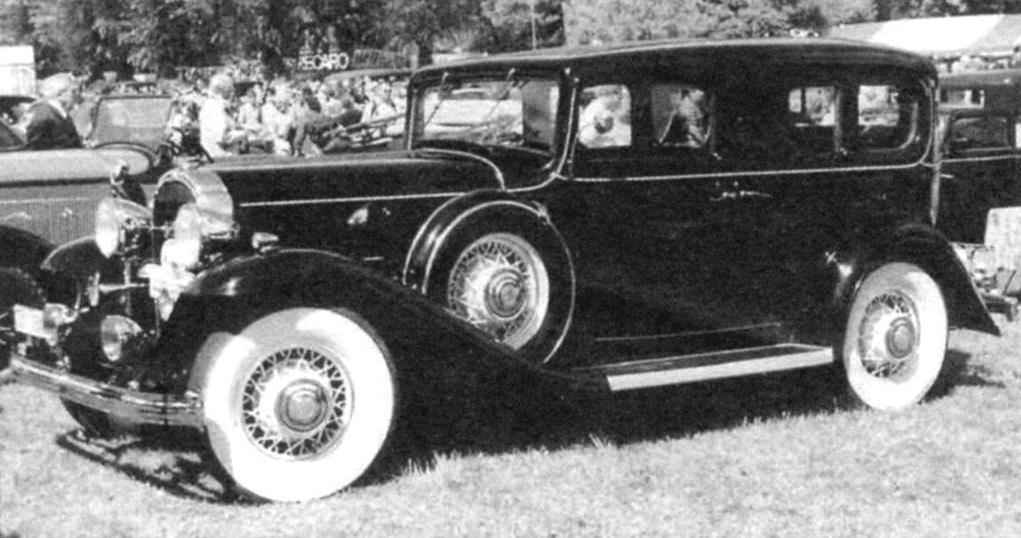 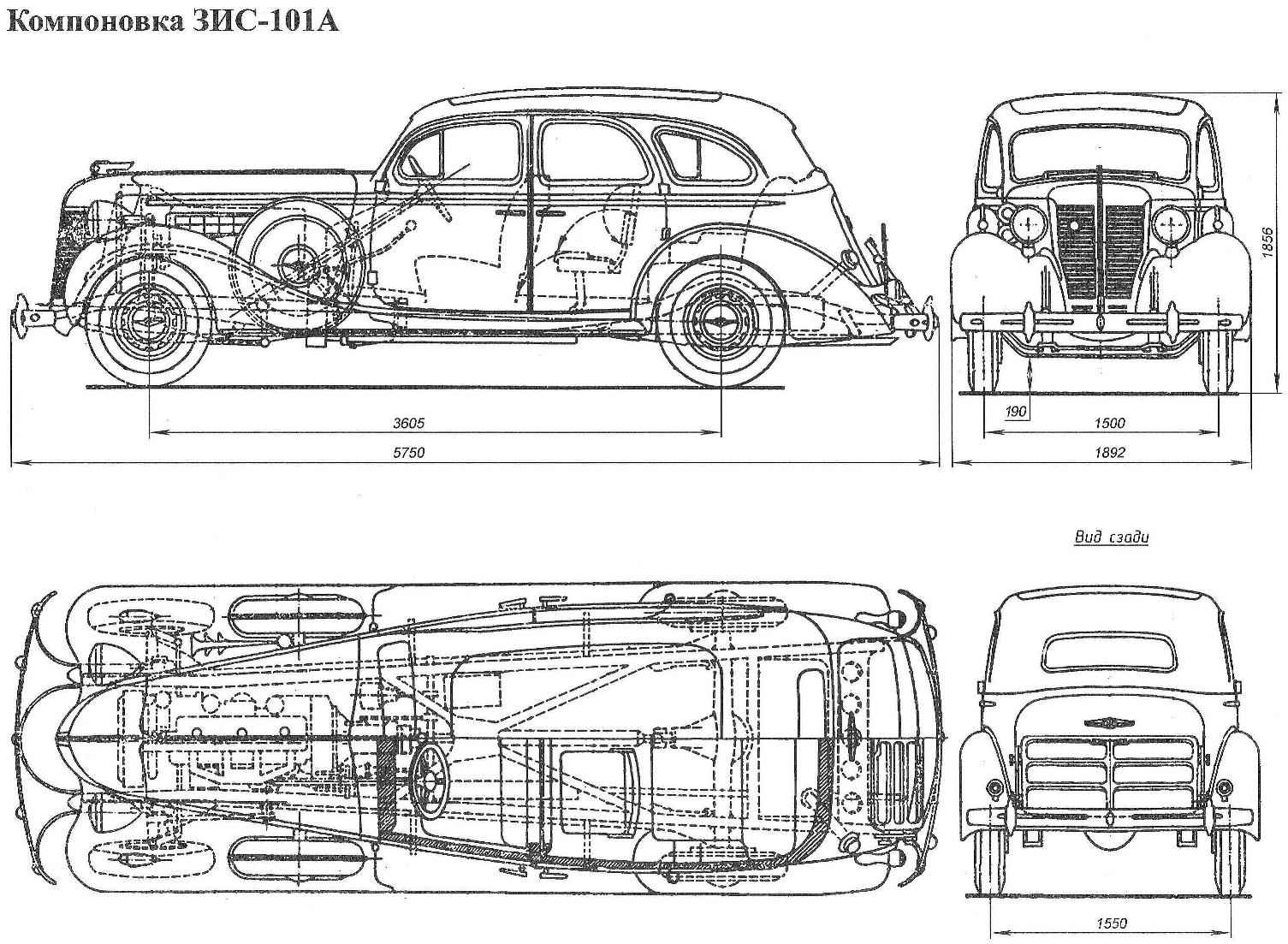 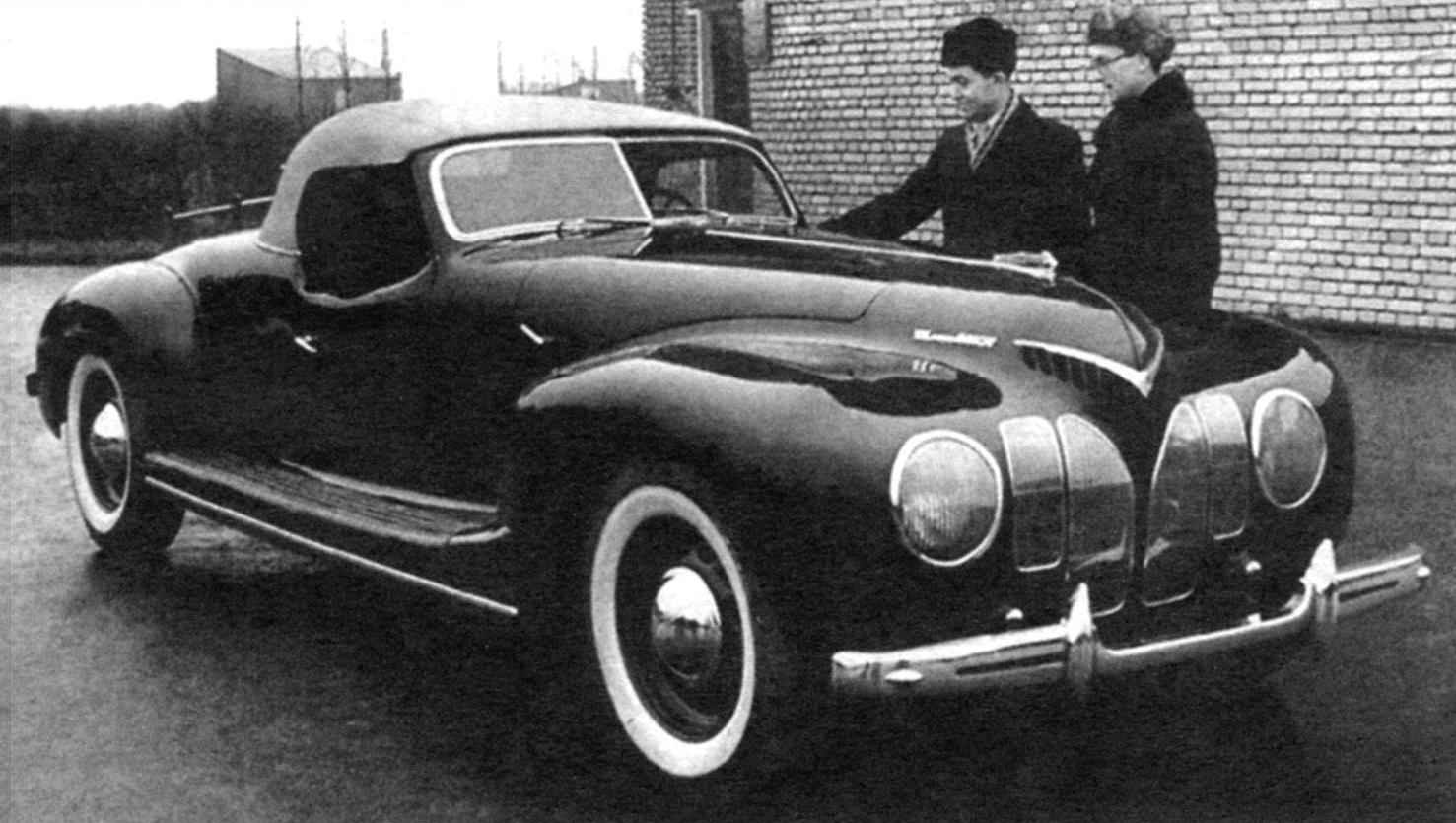 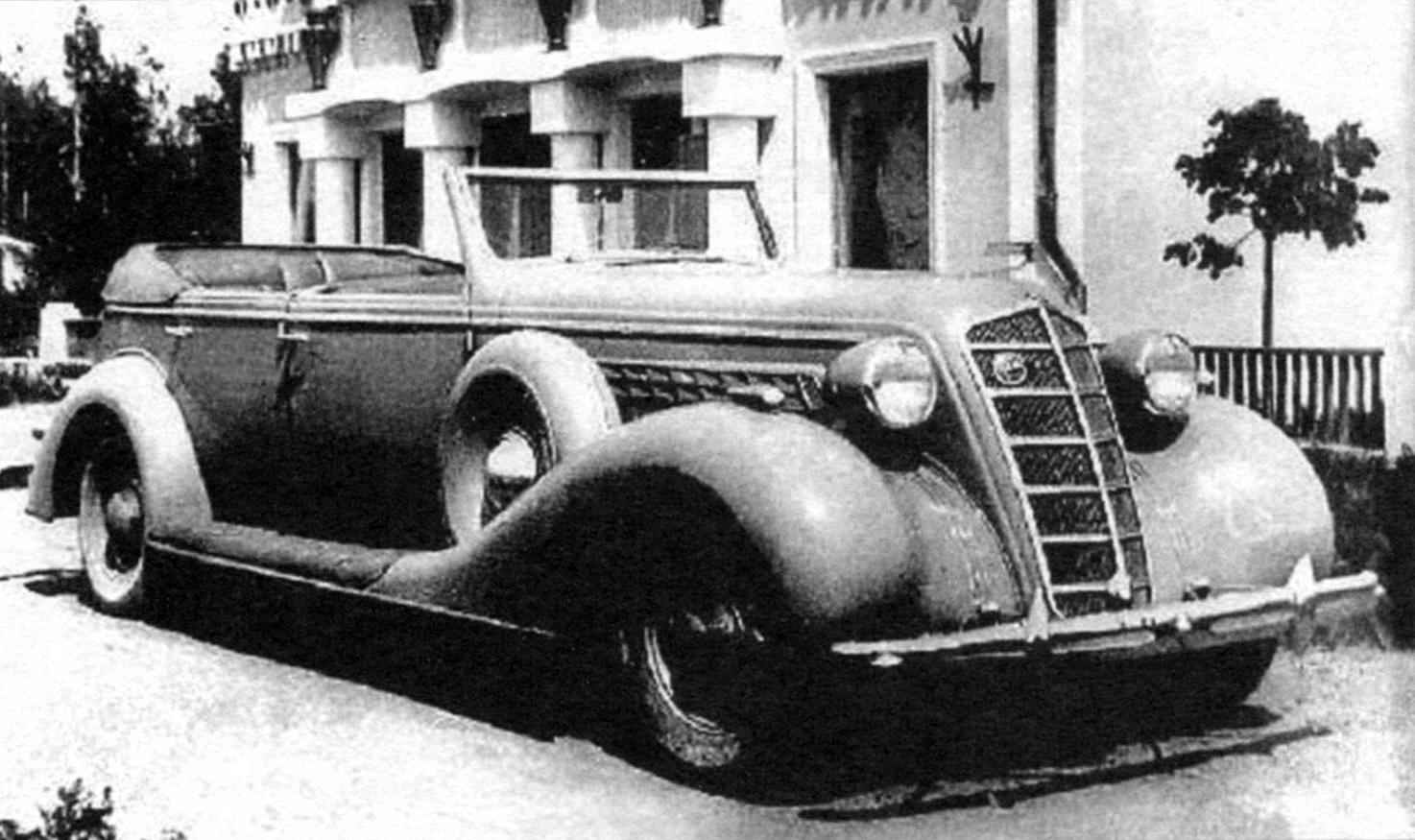 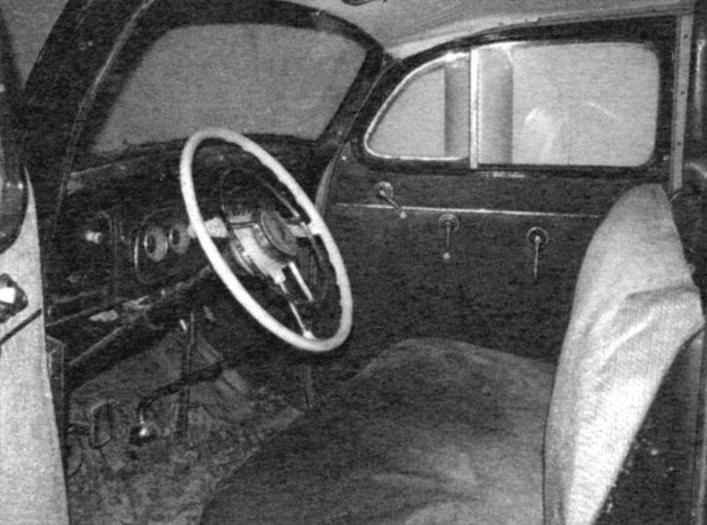 Stamped steel panels were fixed to the frame with screws, then the screw heads were sealed lead-tin solder. This work was manual and very time-consuming. It was especially difficult to achieve quietness of the frame when the vehicle is moving – the wooden joints of the frame started to creak at the slightest violations of the technology of its Assembly.

Front car door was opened while moving, rear-against the move.

The driving part of the interior trimmed with leather, passenger – cloth or velour.

In June 1940, the ZIS came a government Commission headed by the famous academician E. A. Chu-takovym. In the analysis of the design of the ZIS-101 was noted that a domestic car was on 600 – 700 kg heavier than their foreign counterparts. According to the observations of the Commission the design of a limousine has been finalized, resulting in a ZIS-101A.

The machine changed the radiator grille, modified synchromesh gearbox and replaced the spur first gear and reverse gear to helical. The clutch was the single disc. Engine power was increased at the expense of a new carburetor MKZ-L2 type “Stromberg”, where the fuel mixture entered the cylinders are not rising and falling flow, which improved their content.

Was also changed the design of the intake manifold and revised camshaft timing. To all, the upgraded motor was completed only to aluminum pistons. All these improvements allowed to increase the engine power to 116 HP.

And most importantly, a new modification has a metal body, which is wooden was constructed with a metal frame.
Just before 22 June 1941, the factory was able to produce only 600 cars ZIS-101 A.

It should be noted that the ZIS-101 was not only carried Soviet officials, but also used for other purposes. So, in 1936, in Moscow was held on 13-th taxi Park, which operated 55 taxi cars ZIS-101 – mainly on regular routes and intercity lines. Unlike black Executive limousines, taxis were painted in blue, yellow and blue color and received the chain “checkers” on the sides.

In addition, on the basis of ZIS-101 a small series was produced carriages of “ambulance”.

At the end of 1937 was released ZIS-102 – modification with a body “Phaeton”. The door of this car opened in the course of movement. ZIS-102 was painted in silver-grey color, interior was trimmed in dark blue leather. The production of these cars was about 60 copies.

Technical characteristics of the car ZIS-101

The VMS have also been developed in a single instance, sports car ZIS-101 A “Sport”. It was made in the initiative of three young employees of the design Bureau of the experimental workshop V. Kreminski, N. By Palmanova and he Populinum. The latter, incidentally, was graduated Road Institute and wrote a thesis on the topic of “Speed car”. He undertook the overall design of the car, has designed a new suspension with stabilizer bars. The engine takes N. Pullman – it has increased its working volume, having made the block head, pistons, and connecting rods from aluminum alloy. In the end, the power rose to 141 HP at 3300 Rev/min., and in 1940 the tests of ZIS-101 And the “Sports” reached a speed of 162.4 KM/H.

As already mentioned, the production of ZIS-101 was stopped with the beginning of the great Patriotic war. However, in 1942, at the automobile plant named after Stalin received an order to create a design Bureau for passenger cars, the main task of which was to develop a new limousine on the model so beloved by the party-state nomenclature of the pre-war car Packard model “180”. Later, two such cars were purchased in the United States and delivered to the ZIS as a technical reference for your postwar Soviet limousine. Serial production Executive car, which received the designation ZIS-110 was deployed in 1945.