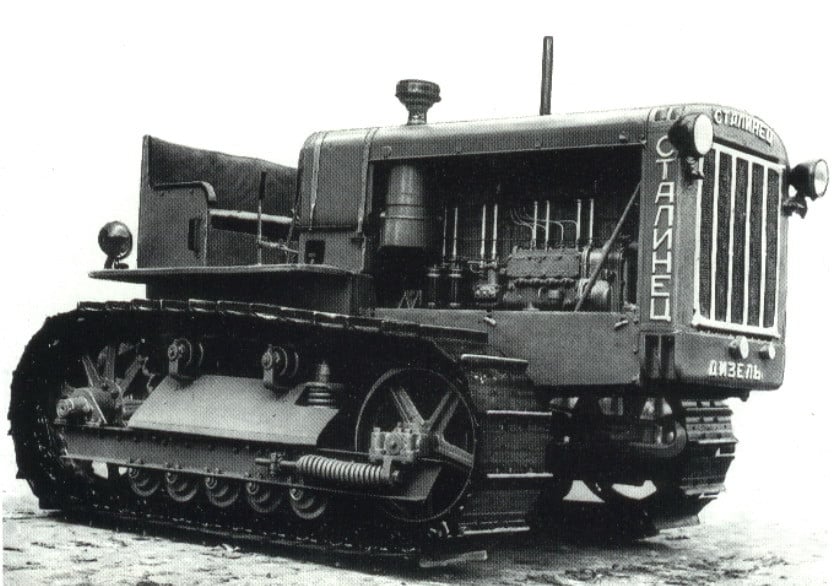 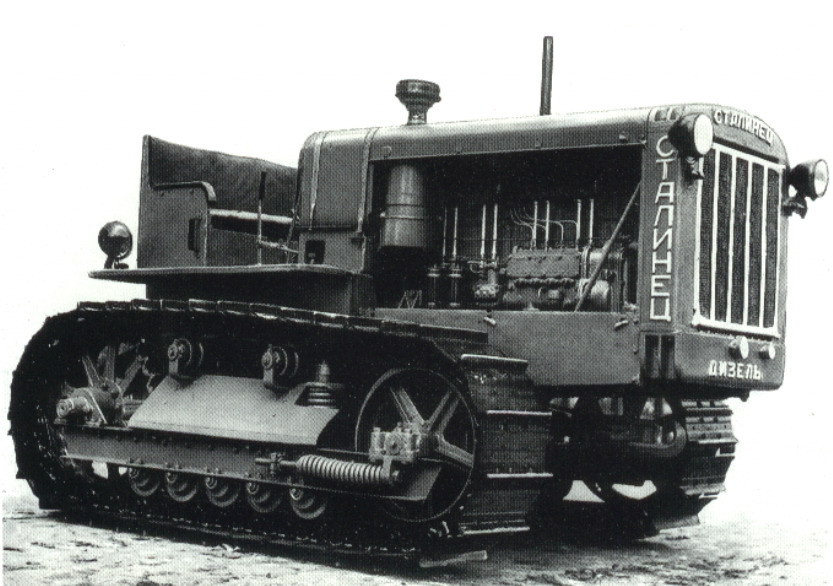 In the first five years of the forestry of the country began to arrive, wheeled and crawler tractors (mostly “Stalinists”), which allowed largely to mechanize logging. Tractor mounted mobile plant, cranes, bulldozers and other equipment. Of course, used tractors and removal of the wood.
Existing trailers are not suited for the forestry sector, so in the second half of the 1930-ies had started the production of ski (sled), wheeled and tracked trailers or wagons of special design.
The bulk of the trailers were built by the forestry farms. Units and details for a sled trailers released Votkinsk plant, the Petrovsky factory in Dnepropetrovsk plant. Molotov in Perm and Onega plant “Lisosomale”.
If the trailers were built on the ground, wheeled vehicles for summer hauling forest were made at the enterprises of trust “Lysosomally” of the people’s Commissariat of the forest industry as a whole and complete were supplied in the relevant sector.
Tractor wheeled vehicles were four-axle and had no springs. This carriage consisted of two identical trailers. Each trailer had two axles linked together by three longitudinal wooden beams, which rested transverse rotary Konik. The average beam rigidly attached to transverse, and two extreme – was associated with the middle hinge with metal braces. The axis of the wheel moves attached to the extreme bars. This design provided the wheels move a certain adaptability to small uneven terrain. Two trailers were joined together in the wagon with the help of the cross-chain coupling and the spacer bar. 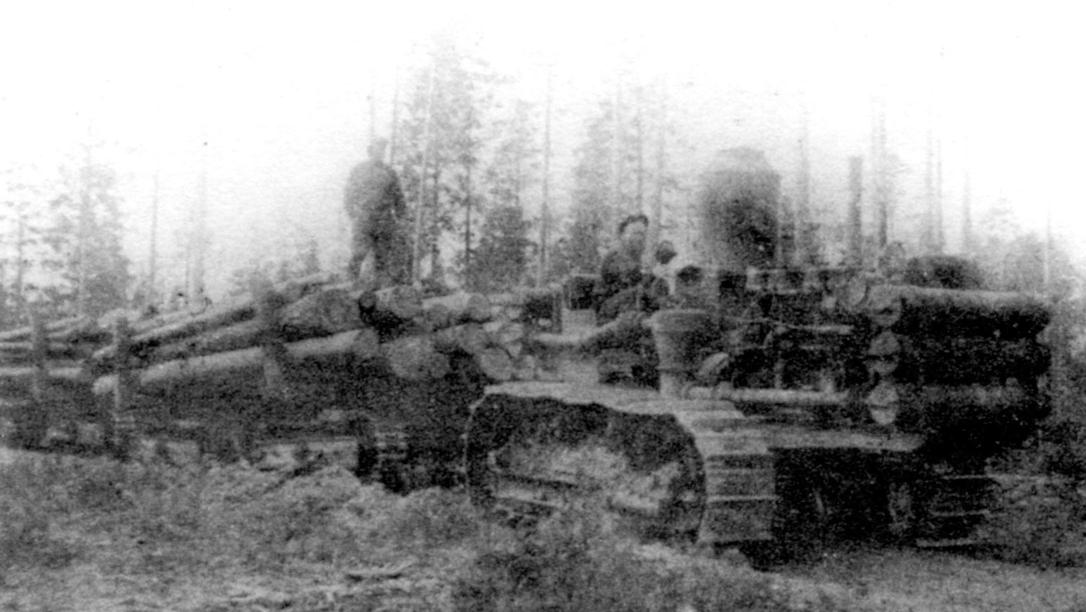 Tractor hauling the wagon GP-12 (ОЛ161)
Four-axle wagons were built in Leningrad, Moscow, Gorky and Onega mills trust “Lysosomally” on a single sheet and have a common nomenclature and a common room ОЛ174 same selling price of 12 thousand rubles. However, in practice they differed, although not very much, the workmanship, appearance and dimensions. For example, the spacer beams can be either round or rectangular cross section.
In addition to carts ОЛ174, Onega plant mastered the production of carts ОЛ161 (factory name GP-12) will cost 11 thousand rubles. These carts were intended for summer hauling a forest on unequipped roads, passable for tractor “stalinets”. In their design scheme ОЛ161 repeated ОЛ174, but the wheel stroke was replaced by the caterpillar.
The reason was simple. The Onega the plant was built as a military even in tsarist times, and equipment for forestry was just a part of the manufactured product range. In wartime, the plant could develop the production of spare parts and to serve as a base to repair tanks. In peacetime, among other things, the plant could be carried out refurbishment of equipment http://zakupka.com/k/avtomobilnye-bloki-dvigatelya/already outdated for military use. The second half of the 1930-ies due to wear was taken off a significant part of the tanks of the early editions, in particular T-26. Salvage to scrap a large part of their components and assemblies, though worn, was wasteful. In 1938 the plant with the participation of the Central research Institute of mechanization and energy of the forest industry (tsniime) was the project tracked vehicles, approved by the leadership of the people’s Commissariat and the military. Crawler GP-12 consisted of tandem springs and rollers, idlers, track chains of the T-26, and two mounting beams special design. Although GP-12 and was approved by the specification, in practice it manufactured carts, and even individual truck crawler moves one trailer were different. The mounting beams for the crawler moves were used as channels and box-shaped profiles. Some trailers had a single mechanism of a tension of a caterpillar and some two. The mechanisms for tension are also different. For the manufacture of prizepack used crawler tanks T-26 of all sorts of issues, quite significantly varying device rollers and idlers. Conic had different dimensions. The spacer bars also differed in cross-section. On the basis of the operating conditions, the spacer beam could be replaced by timber processing agriculture others another length. 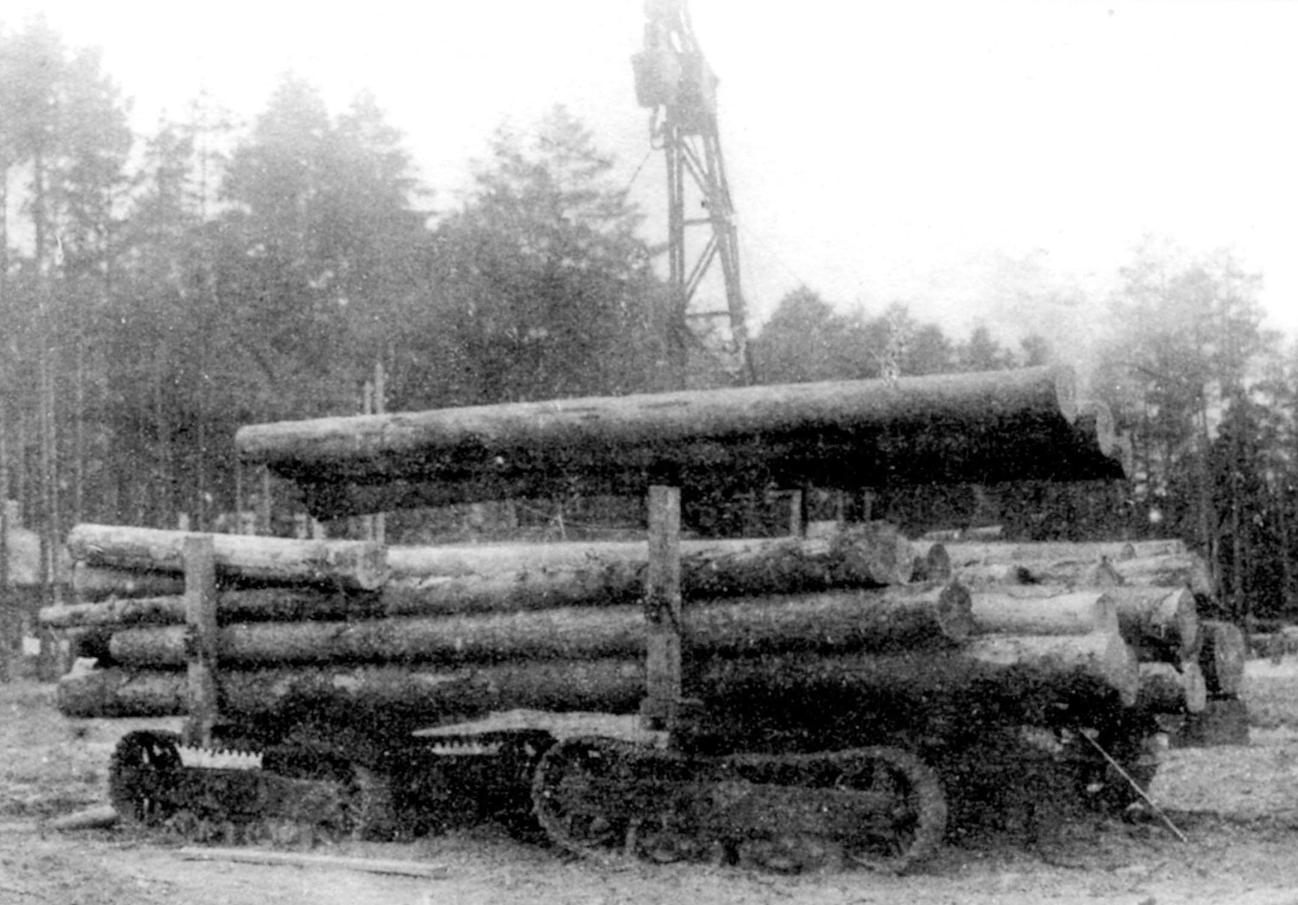 Tractor hauling a wagon with a cargo platform 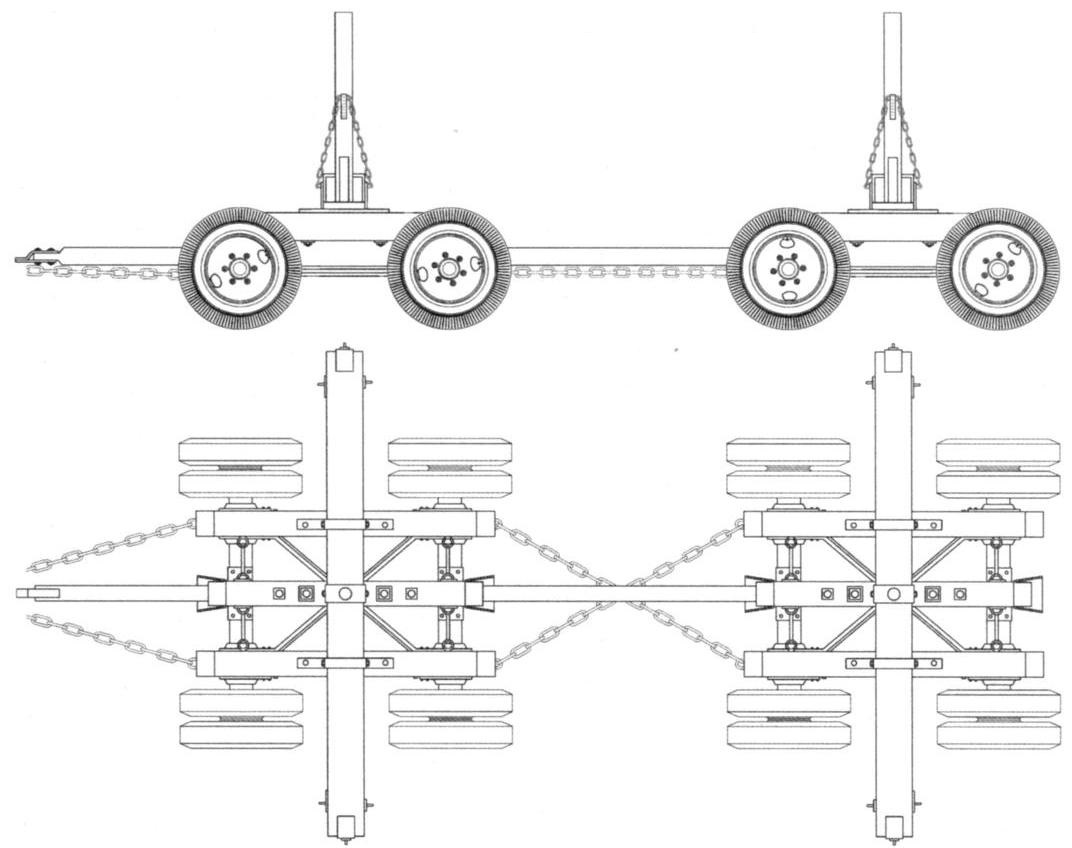 Tractor four-wheeled carriage OL-174
In addition to the forest industry trailers GP-12 could be used in the construction, and generally requiring the transportation of long loads. Cut down the forest and other long cargo could be loaded on the trailer by the crane, and with a special flyover by hand or winch. If necessary, the GP-12 could be mounted on a simple wooden platform for transportation of oversized cargo. In this case, one spacer beam could be replaced by a pair of rigidly mounted on a metal angle bars, and chain cross-shaped coupling unnecessary shot. Transverse dimension platforms were limited to the width of the bunks, and the length and height could vary significantly.
As wheeled or tracked, and the wagon was used not only in the national economy. For example, during the war with Finland for each of the stationed in Estonia airbases Special group for the state relied on a 14 tractors with prisacani, but in practice this was not observed. So on the 120th airbase of the Special group by the beginning of March 1940 there were nine tractors and four pricacy. There were tractor trailers of different types and in other parts, and at least two carts GP-12 were captured by the Finns.
Main data of tractor carts 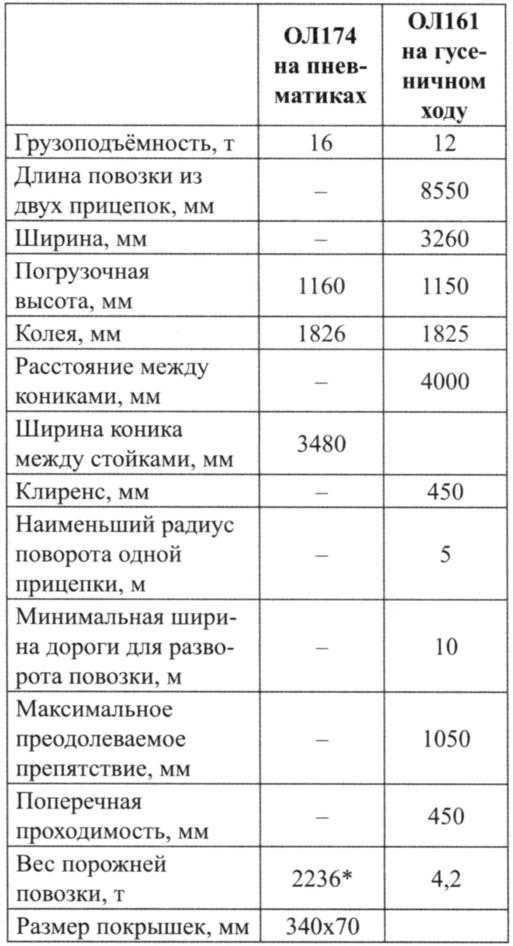 The service life of timber wagons ОЛ161 and ОЛ174 was limited to the durability of metal parts, wooden parts for repair could be made by the forestry farm in the sample. For this reason, both types of carts used for quite a long time after the cessation of production, although in the process of repairs has changed beyond recognition. They can be found in use until the 1950-ies, when the mass introduction of skidders and other more sophisticated means of hauling forest.
A. KIRINDAS