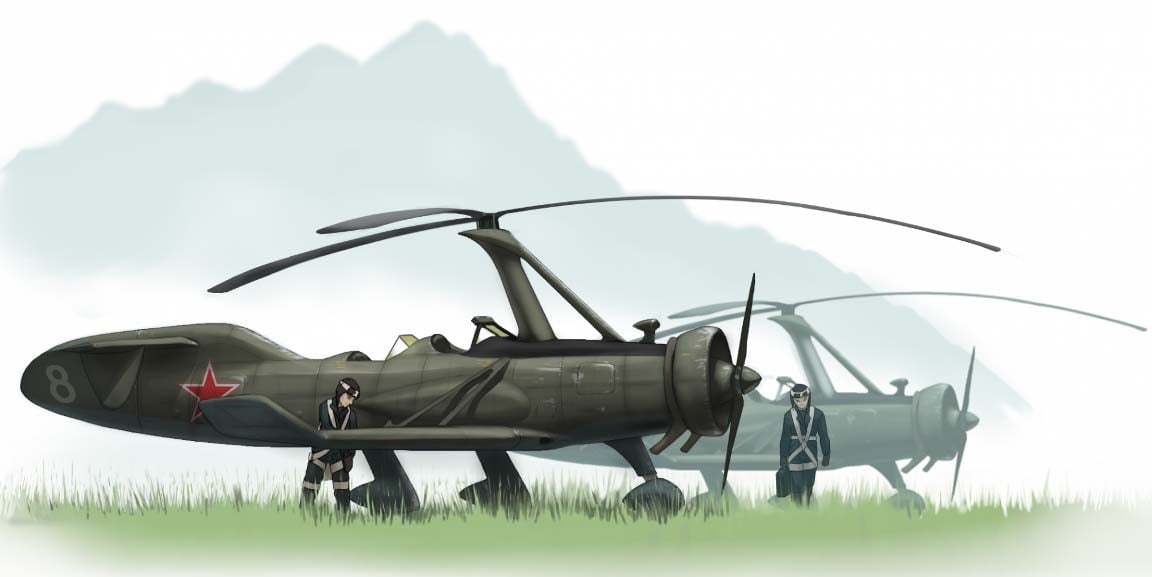 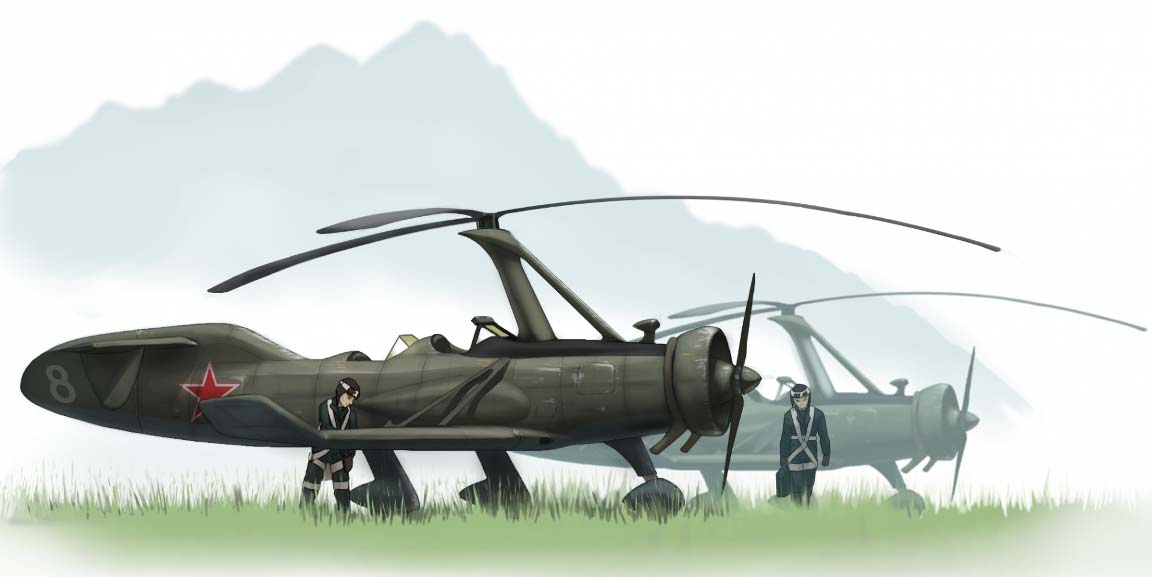 N. Kamov, getting to the first combat autogyro, designed for communications, reconnaissance and correction of artillery fire, already had experience of creating such helicopters, together with N. Skrzynski in 1929 he participated in the creation of experimental gyroplanes KASKR-1 and KASKR-2. The task before the designer was a complex one: the device had to meet the tactical and technical requirements for R-3 and R-5 — planes-scouts of that time. In particular, to have a payload of 750 kg, to carry on Board the station, photographic equipment and three machine guns: synchronized to fire through the propeller and two in the turret in the cockpit of the arrow. The armament of the autogyro was to include a 100-kg bombs.
When designing the A-7 (the name given to a new combat aircraft) N. Kamov was chosen scheme of winged autogyro, which roll control was carried out by the ailerons of large area, and pitch — standard airplane Elevator. Moreover, in level flight, the wing unloads the rotor.
During flight tests in 1934 the A-7 had a top speed of 220 km/h, which was at that time a world record for gyroplanes.
In the beginning of the great Patriotic war, the gyros A-7-participated in defensive battles at Yelnya — rotorcraft conducted night reconnaissance missions, dropped leaflets near the rear of the enemy.
Autogyro A-7 FOR was a truss design with a fuselage of steel tubes. The nose part is covered with sheet duralumin, tail — blade. A wooden wing with fabric covering. Chassis tricycle, with a nose wheel. The power plant consisted of the engine M-22 with the screw to modify (on the ground) move. The main rotor of the autogyro was a three-bladed; each of the blades had a steel tube spar, wooden ribs and stringers. The blades are suspended to the sleeve by means of horizontal and vertical joints. Before takeoff the rotor is spun by an engine, which allowed the gyro to make the almost vertical takeoff.
Scout-spotter AND-7-DURING: takeoff weight 2300 kg, empty weight 1550 kg, engine power of 480 HP; rotor diameter 15 180 mm; the maximum speed of 218 km/h; minimum speed of 46 km/h; ceiling 4700 m; flight duration 2.5 h; armament — three guns, bombs FAB-100 and RS-82 rockets.