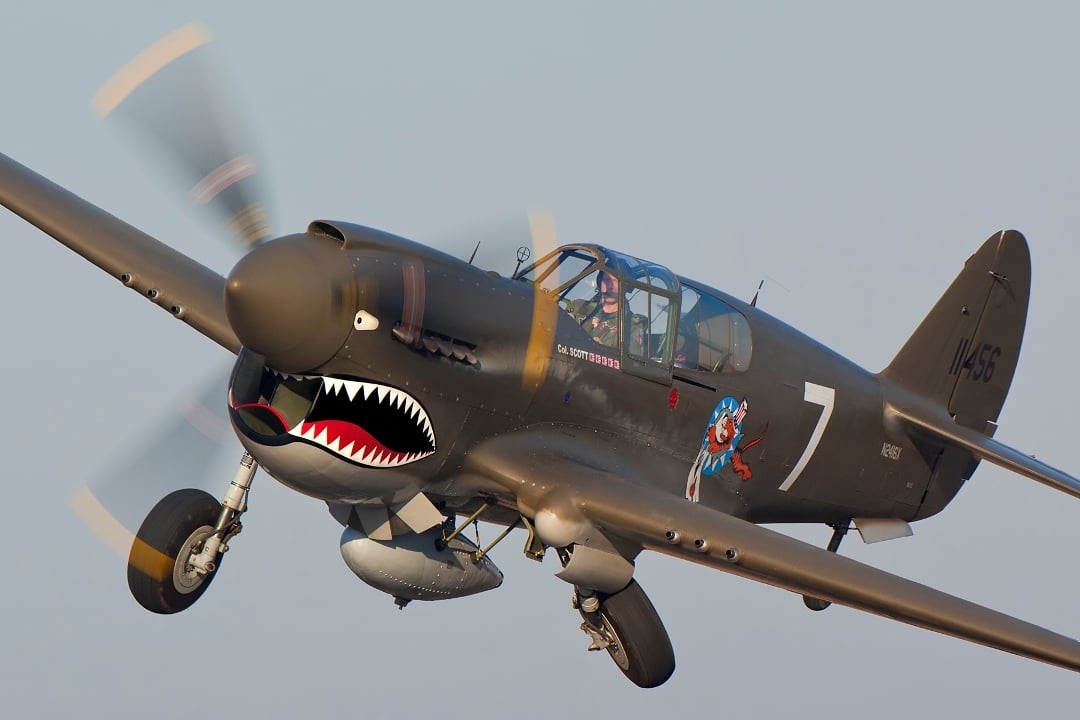 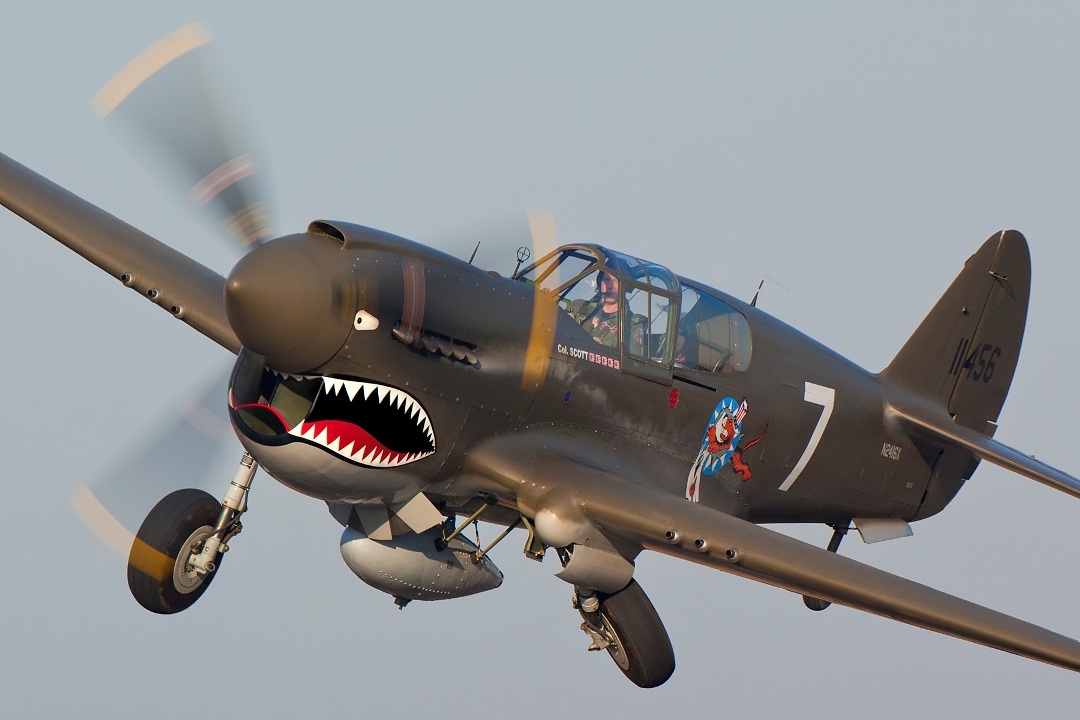 Firm Curtiss is considered the oldest in the United States — it was founded in 1910, one of the pioneers of aviation Glenn Hammond Curtiss. The main products of the company was military aircraft, including fighters CURTISS P-40 WARHAWK, equipped with American engines Allison V-1710 or English Rolls-Royce-Merlin.

My first flight of the P-40 made in 1938. The car was quickly prepared for serial production and was produced in several versions, the total number of aircraft was built about 15 000 copies.
R-40 can be rightly put on a par with other famous American fighters during the Second’ world war P-47 THUNDERBOLT and P-51 MUSTANG. Along with them he successfully resisted both the Luftwaffe and Japanese aircraft.
CURTISS P-40 WARHAWK: 11 wingspan 380 mm, length of 10 to 160 mm, maximum takeoff weight 4014 kg, a maximum speed of 610 km/h, engine power 1370 HP, crew of one man.