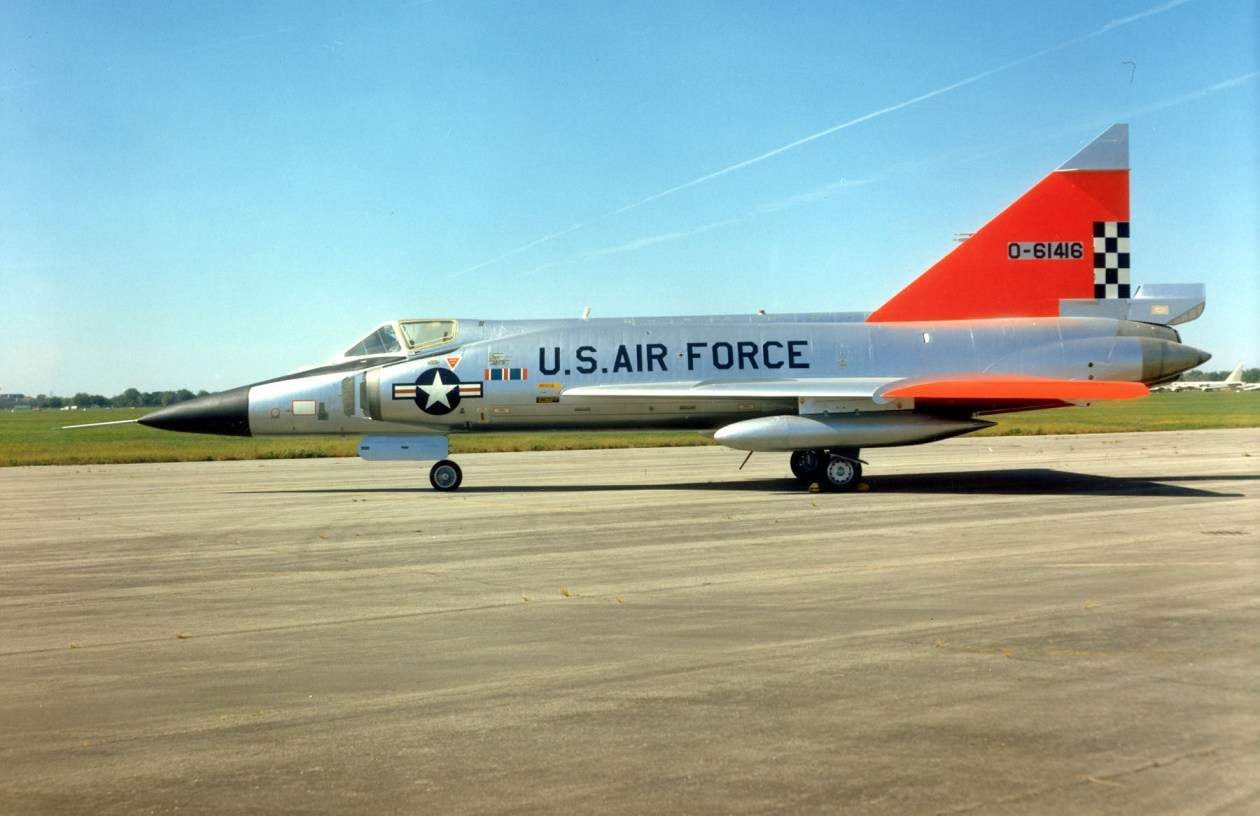 World war II had just ended, and yesterday’s allies very quickly began to turn into bitter enemies. The coming era of atomic weapons and of high-speed means of delivery have forced American commanders to take a fresh look at air defense of the country. In August 1945, the United States was a competition for the creation of a supersonic interceptor capable of speed up to 1260 km/h and altitude of 15 km in 4 minutes. Agree requirements for those years — fantastic! Probably this request was based on the characteristics of the Me-163.
In October 1945 the firm “Konver” presented the project, the designation “Model 7-002”. The plane was supposed to equip ramjet (according to other sources—rocket) engine thrust 1675 kgs (+ 6 boosters with a thrust of 540 kgf) and a Delta wing sweep of 45°.
May 22, 1946 “Konver” recognized the winner of the competition and a month later signed the contract. Interceptor received the military code of the XP-92 (in 1948, changed to XP-92), and serial No. 46-682.
Chief designer Thomas M. Hemphill to save time and money decided to use components and assemblies from other aircraft. So, the main landing gear was borrowed from North American ri-1, bow front moved from the bell P-63, the engine and hydraulic system—Lockheed P-80, ejection seat and canopy—Konver with the experimental XP-81.
31 Oct 1947 at a plant in San Diego has completed construction of the prototype. After that, the glider was sent in a PASS (from 1 October 1958—NASA) for research in the wind tunnel. After purging, the aircraft returned to San Diego, where he installed a turbojet engine with centrifugal compressor Alisson J-33-A21 rod 1928 kgs.

F-102A in display at the National Museum of the U.S. air force (Dayton, Ohio ) — photo USAF
To test ХF-92 embarked on Muroc air force base (later Edwards) in April 1948, lifting the plane in the air took place on 9 June, and September 18 test pilot Sam Shannon made the first flight. Subsequently to the tests joined pilot bill Martin.
The initial phase of flight testing ended on August 26, 1949, revealed a number of problems, including extreme sensitivity of governments and the instability of the aircraft, as well as its “reluctance” to accelerate to M>0,9. And this despite the fact that the car is not carrying any payload. The US air force quickly lost interest in ХF-92.
However, the prototype aircraft (albeit not very well travelled) can be used as a flying laboratory to study the characteristics of the Delta wing and the scheme “tailless”. The car moved into the category of experimental, was awarded the cipher ХF-92A and referred for further work military test Ageru Charles E. and Frank K. Everest. Their main task was the recovery of the aircraft to supersonic. But as test pilots tried, all their attempts were in vain. More numbers M = 0.95 car to accelerate not wanted. Twice on the plane changed the engine, but it absolutely didn’t affect his ability to break the sound barrier.
During his flight career XF-92A made 112 flights a total duration of 68 h, which provided invaluable information about the features of a Delta wing.
The Project “Dragonfly”
While the XF-92 “learned” to fly, the military revised approaches to the development of advanced interceptor. In the early 1950s, was first formulated the concept not the actual aircraft, and weapons systems, which in addition to the carrier and weaponry consisted of weapon control system (including guided missiles “air—air”) and restore it on the target.
In the United States on a new concept built program the MX-1554 (1954 interceptor or Dragonfly — “dragonfly”), providing for the creation for 1954 supersonic interceptor with guided missiles and electronic control them. The fighter had to develop a supersonic speed, have a practical ceiling of 15 km, and the main thing—to catch all types of Intercontinental bombers of the USSR. The calculation was, of course, on perspective planes, which, in the opinion of American analysts, could appear on arms of the Soviet Union in the next 10 to 15 years. An important part of project MX-1554 was the fire control system MG-10. When in 1951 outline its General contours, was declared a competition to design a platform for it. It decided to take part in almost all firms, with the experience of building fighter jets. After six months in the competition were three participants who admitted to further work on project MX-1554. Of these, Lockheed withdrew from the race due to funding cuts. “Ripablik” six years developed avant-garde XF-103, but teletechnology to build a machine that would fly four times the speed of sound, and failed. Thus, the winner of the competition was “Konver”, the primacy of which was acknowledged on 11 September 1951 the Firm introduced the project “Model 8-80” (in the USAF was designated the XF-102), largely repeating the XP-92 (wing keel) only increased by 22%. To release nose piece for the installation of radar, air inlets placed on the sides of the fuselage. Weapons placed in vnutrifyuzelyazhnyh compartment which was just behind the nose strut. As the power plant of the first cars expected J40 turbojet promising company “Westinghouse”, which in the production process was replaced by a more powerful Wright J67 (a license copy of the Bristol “Olympus”). The design characteristics of the project looked fantastic: J67 engine, the interceptor had to accelerate to almost two swings at an altitude of about 20 km. 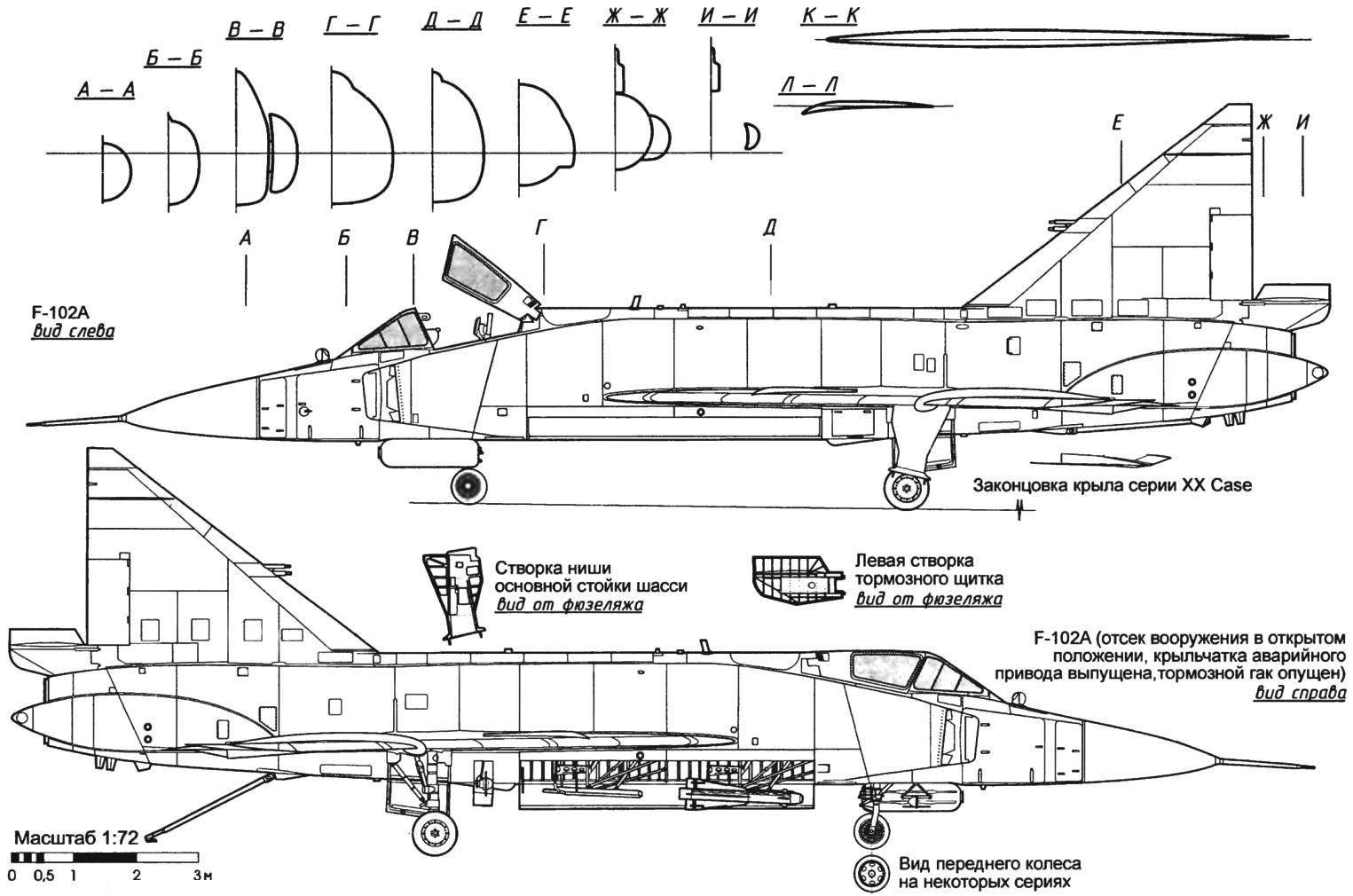 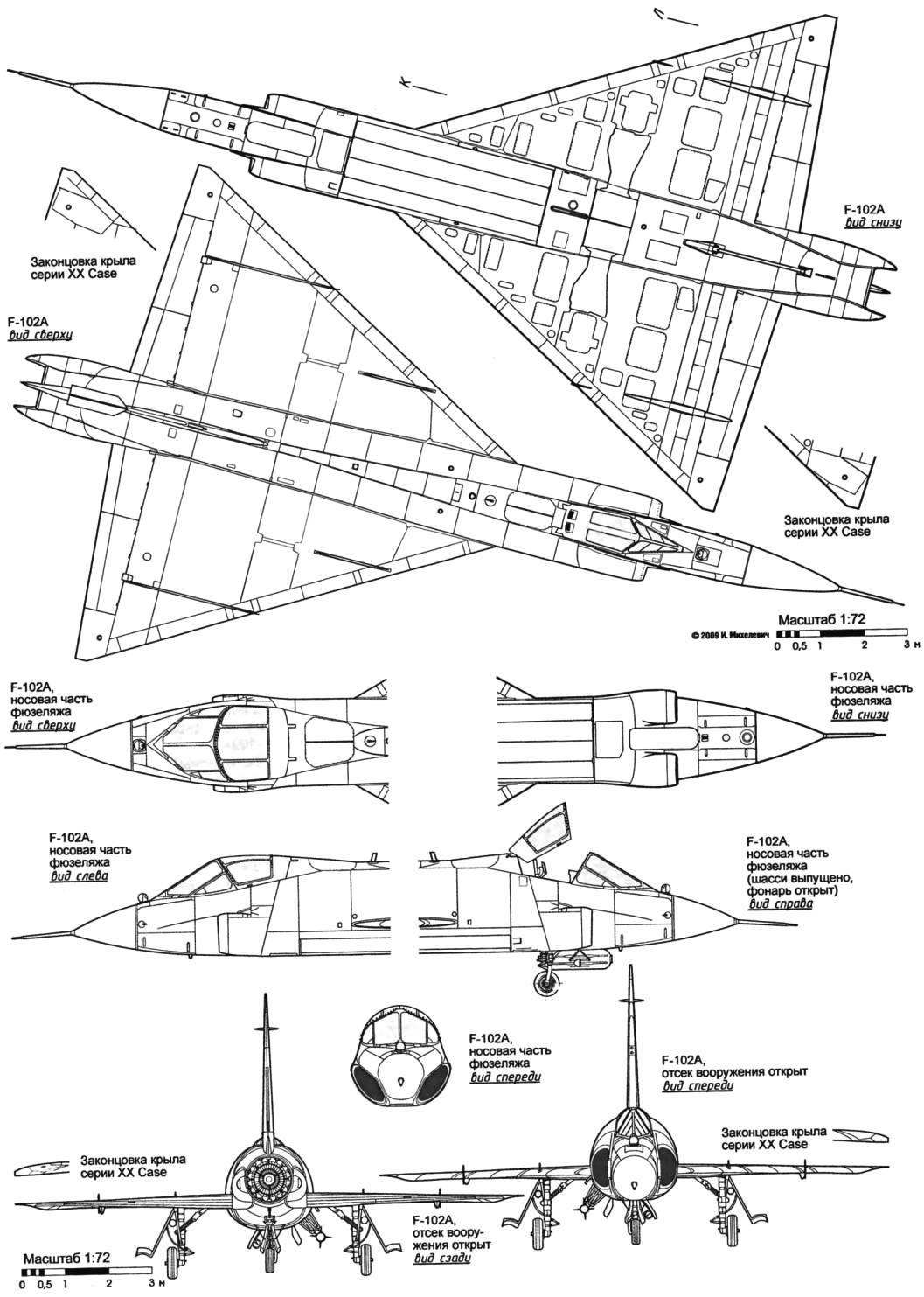 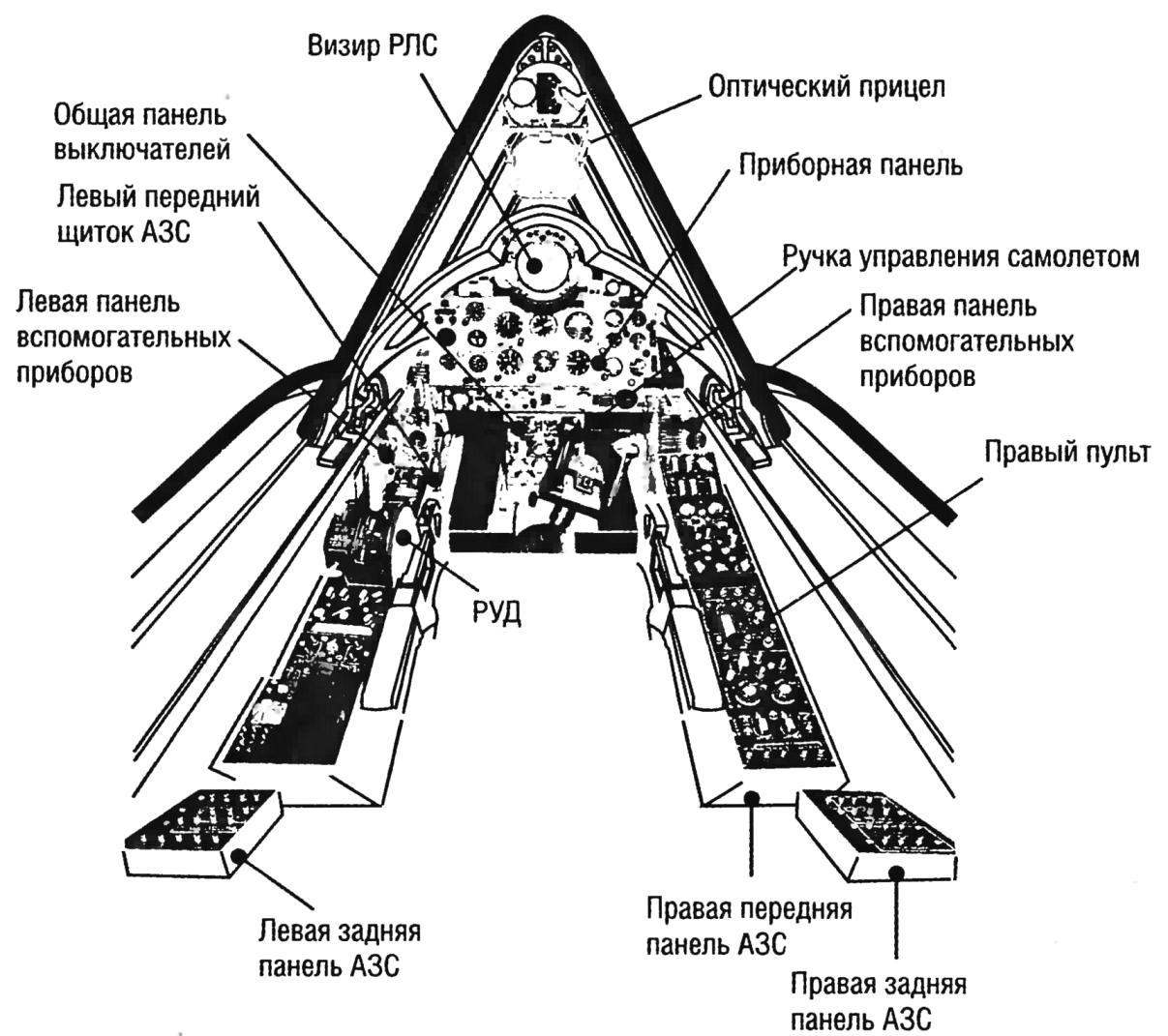