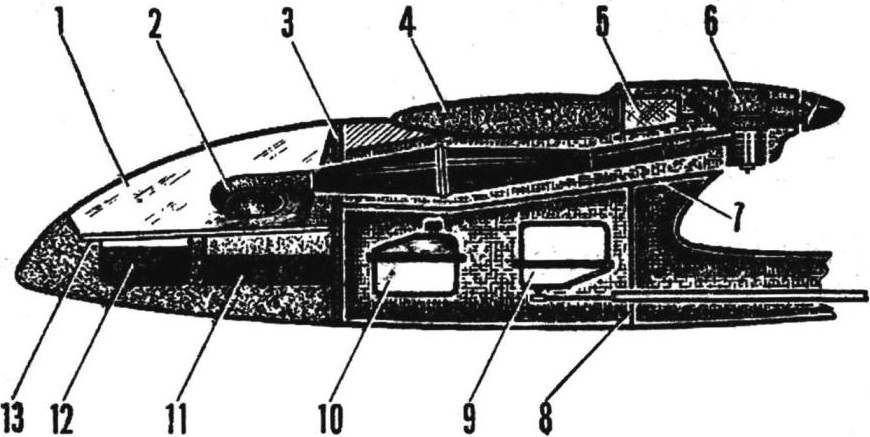 The fuselage is laminated entirely of fiberglass, applying resin To Tina-153. The bow compartment to the first frame filled with foam PS-1, which cut the slots for placing the battery and receiver on-Board equipment. Top compartment closed, except the lantern, the cap, providing protection elements of the radio from getting fuel. Servos are installed between the first and second, easier, more frames. Access them from the top when removing the wing from a hatch close to the same cover. Under the wing fairing is made powerful, providing a broad area of attachment of the wing. At the same time the keel is laminated from the aft fuselage. The lantern is made of organic glass with a thickness of 1,5 mm, is in the left side of the oval hole in it glued fiberglass curved pipe to the muffler. Reload the model is carried out using ballast attached under the steering servos.
Wing clipped by the metal patterns of foam with a wire heated by electric current. From above it is covered with a layer of fiberglass 0.2 mm thickness prescribed by the resin. The Central part of a width of 200 mm are covered in two layers. The ending of the lindens have a special profile, increasing the effective elongation. To the main rib is attached dural engine mount. Under the tank is cut close together with motor fiberglass fairing. Actuator Aileron torsion type of tubes Т5Х1 (D16T). Since the model has a high strength at very small dimensions, the wing to the fuselage is secured firmly by using three M4 screws (D16T).
Stabilizer visseren balsa plate thickness. 8 mm and in the same way as the wing, edged around the perimeter Linden slats. To increase the strength of the joint between it and the keel fairing done. With the same purpose all the stabilizer are covered with fiberglass of thickness 0.1 mm. 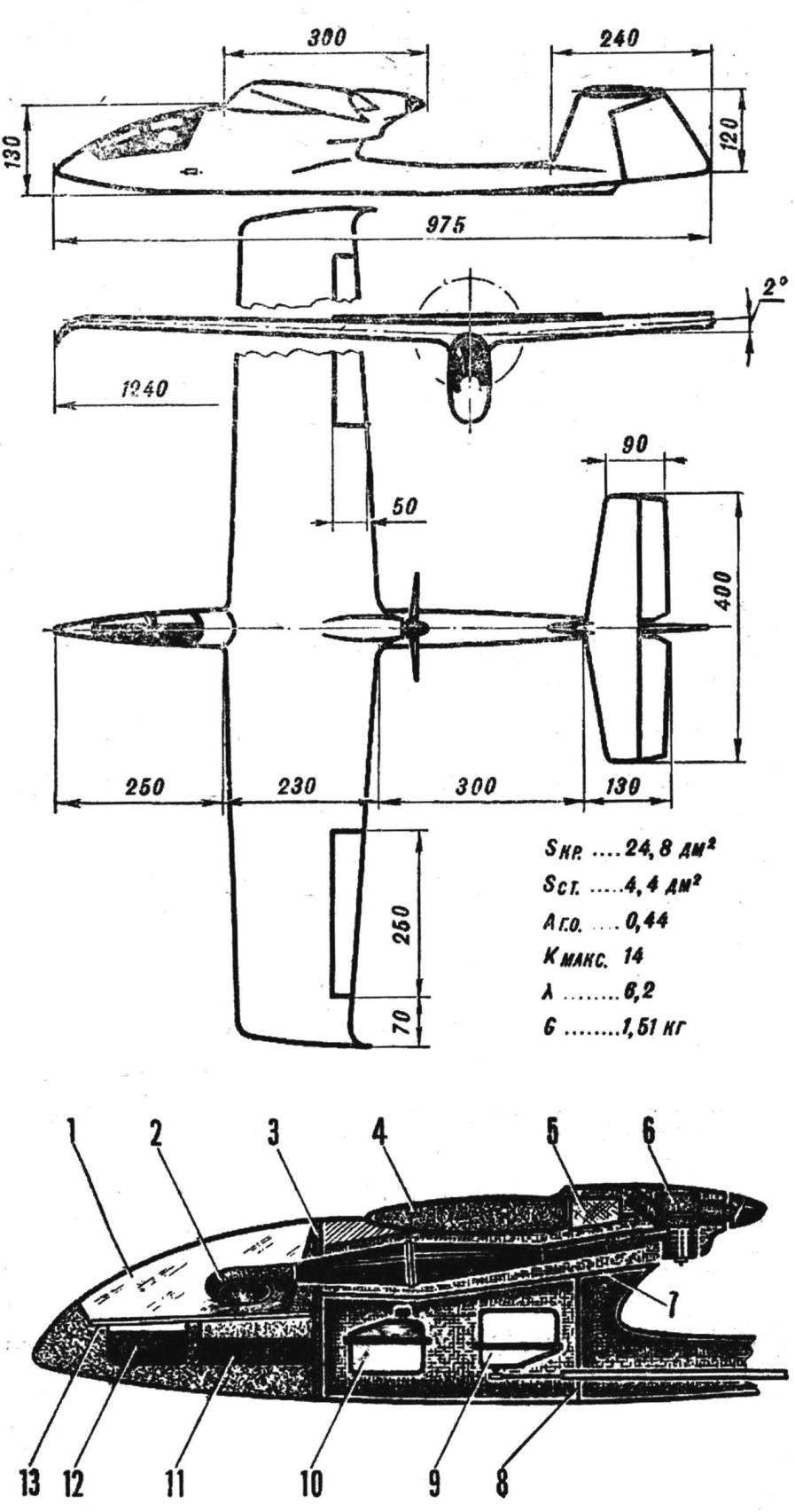