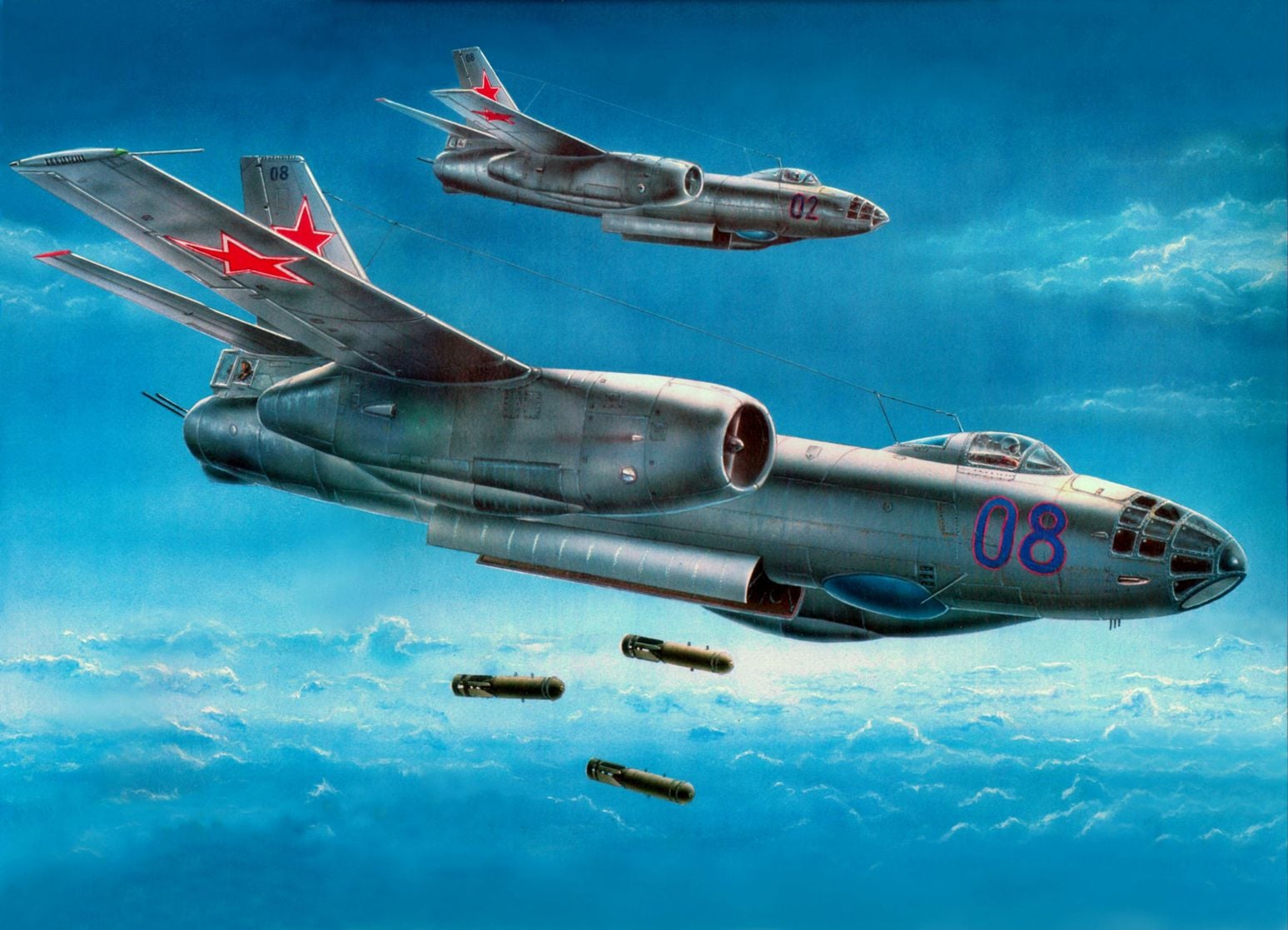 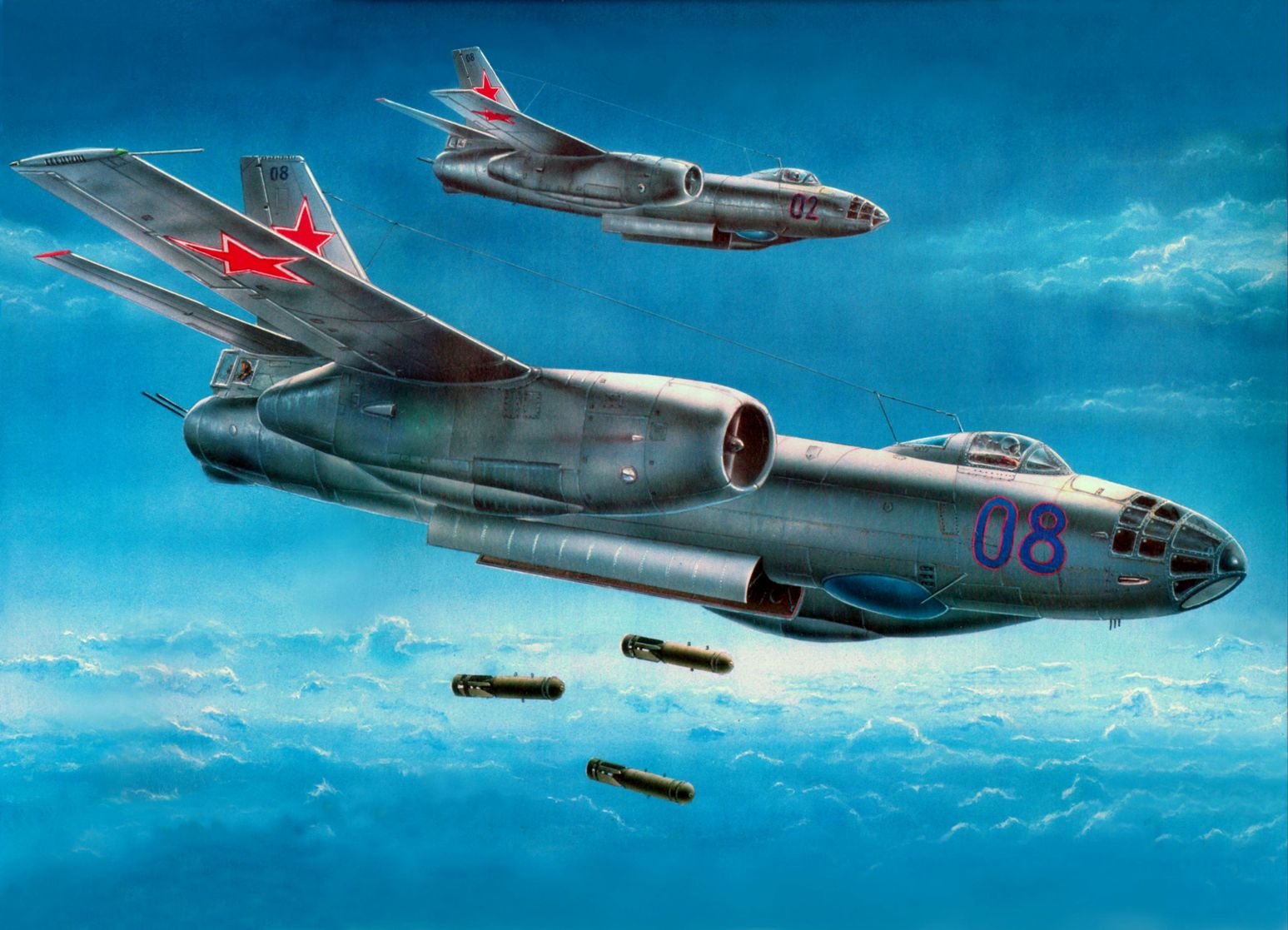 The design of the OKB Ilyushin a new frontline jet bomber with a maximum speed of 900 km/h and flight range of 2,000 km was carried out in initiative order. The aircraft, designated Il-28, was supposed to equip the British Nene engines-1 or their domestic analogues RD-45. Normal bomb load of a new machine had to be 1000 kg, maximum — 3000 kg.
The crew of the Il-28 was located in a pressurized cabin. In the cockpits of the pilot and Navigator were set up ejection seat, and the gunner could leave the plane through the lower hatch — cover tilted, protected him from incoming airflow.
The defensive armament of the aircraft consisted of dvukhtochechnoi stern installation Il-K6 and two fixed bow guns NR-23. Bomb Bay in the middle part of the fuselage was equipped with four cluster and one beam bomb racks.
The first flight of an Il-28 took place on 8 July 1948 (test-pilot V. K. Kokkinaki). Mass production of the Il-28 was deployed at three plants. Total built about 6000 copies of the bomber. The design Bureau has developed several versions of the plane: study of the Il-28U, reconnaissance Ilyushin Il-28R and torpedo bomber Il-28T.
Frontline bombers came not only in the Military-air forces of our country, but also in the former socialist countries, associated the Warsaw Pact, and also in the countries of the “third” world.
Front bombardirovshik Il-28: the engines VK-1 with a thrust of 26.5 kN; the length of the plane 17 650 mm, height 6200 mm, wingspan 21 450 mm; wing area 60,8 m2; normal takeoff weight of 18 400 kg, maximum 23 200 kg, empty weight 12 890 kg; maximum range 2400 km; maximum speed of 900 km/h; practical ceiling 12 of 300 meters; crew of three (pilot, Navigator and gunner).