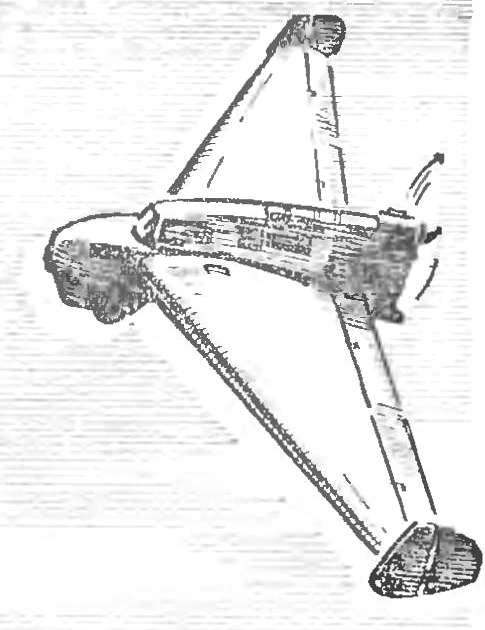 In December 1921 on the initiative of a group Krasnotsvetov (so called in those years, military pilots of the red Army) — the staff of the research version of the Air fleet was organized the first Soviet club “Soaring flight”. Among the most active of its members were B. I. Cheranovskii.
Most of the designers circle “Hovering flight” were supporters of the monoplane scheme planet with a boxy fuselage and conventional tail. Only Boris Cheranovskii, which all members thought was a dreamer and a visionary, had something unusual. Taking the help of the brother he was making a glider entirely without feathers. The wing of this aircraft in plan, had a parabolic shape and a greater thickness in the center. Such design allowed to do without the fuselage, with the pilot housed in the wing. Control surfaces performing both the role and elevators, and ailerons, located along the rear edge.
Cheranovskii was going to check on glider the idea of creating a similar design of the aircraft, which he nurtured since his youth.
Cutting-edge designers of the time had to assemble on the drawing boards aircraft-monoplanes with cantilever surfaces without braces and racks. However, the ideas Haranoskogo was ahead of them. His “plane-wing” without fuselage and tail had significantly reduce body weight and to reduce drag. 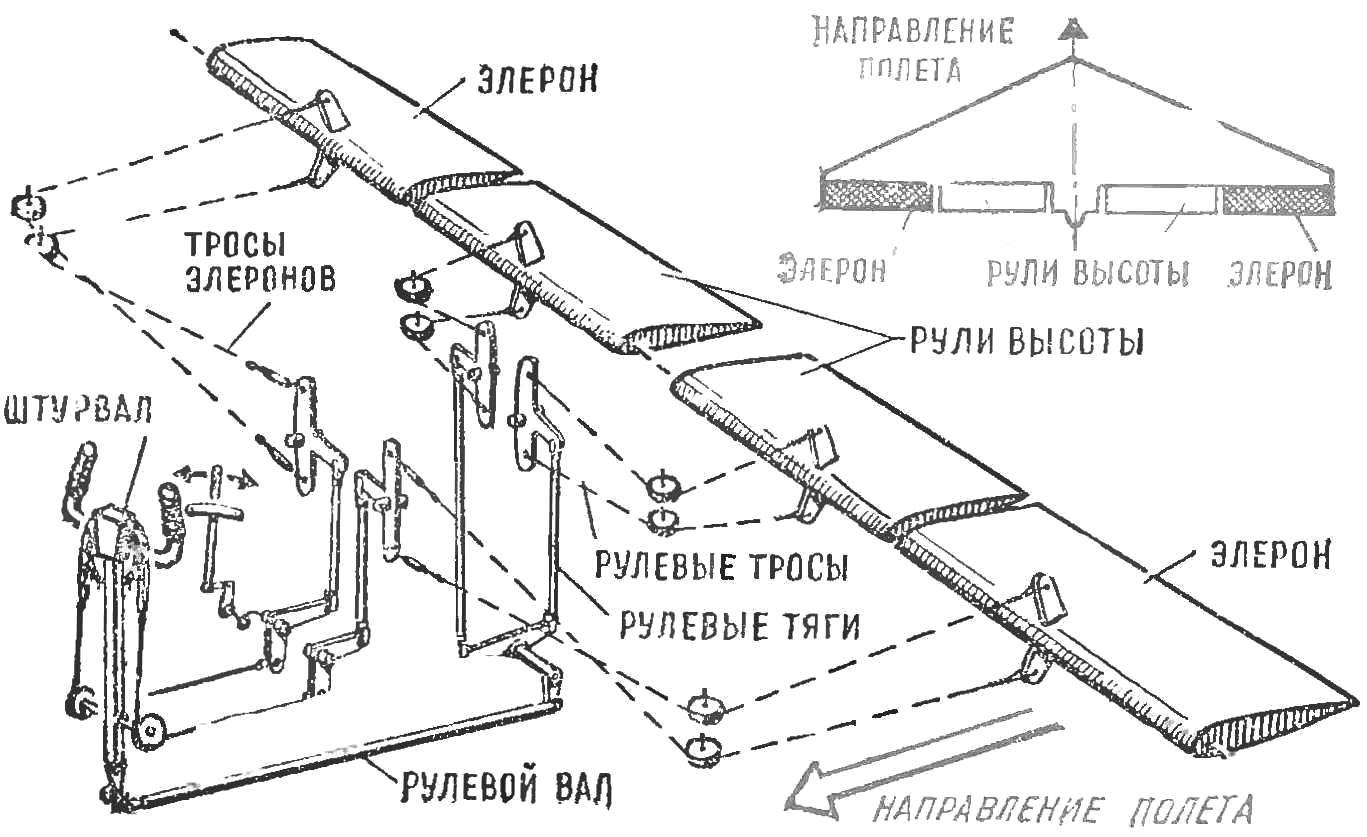 Fig. 1. Structural diagram of the manual control of the aircraft “Delta-1” A. Lippish. (Right hand rocking both went up or down.)
First Cheranovskii conducted numerous experiments with paper models of gliders of the same shape — they are all at the correct centre of gravity well fly.
I all-Union glider tests in 1923 were not successful brothers Cheranovskii. Their glider failed to rise into the air; was too small a distribution angle of attack. A year Cheranovskii built a second experimental glider “BEACH-2 Parabola”, a wing of which had a greater elongation than the first, the rudder was placed along the longitudinal axis in the rear in the center is attached to the wheel to achieve the required takeoff angle.
This glider he brought to II all-Union glider tests in Koktebel, and pilot B. N. Kudrin made 27 flights, with two of them hovering with a maximum duration of 1 min 20 s.
Two years later Cheranovskii building the world’s first plane made by the scheme “Flying wing” (see box). It was, essentially, the same BEACH-2, but with enlarged vertical tail surfaces and propeller installation. The first two of the airframe and the plane BEACH-3 was made of wood and had a fabric covering. In late January 1926, the same bn. Kudrin began conducting flight tests of BEACH 3 and on February 3 the longest flight, which lasted 8 min. the Aircraft proved to be sustainable and manageable. Thus, 3 Feb 1926 can be considered the birthday of the “Flying wing”.
Cheranovskii celebrated, because finally he was able to prove the vitality of the idea of the inhabited wing. Inspired by success, he soon started creating aircraft BEACH-7 of the same type.
Foreign aircraft designers also worked on similar schemes of flying machines.
In Germany interest in tailless aircraft type “Flying wing” appeared in 1906. The stimulus information from Vienna, where the Austrian F. Wells managed to make the first successful flight in a tailless glider design by G. Atria. The shape of the wing of the glider was completely copied from the seed plants “ciaconna” of the gourd family that grows on the island of Java and the Philippines. The seed flies perfectly. Wing glider of Atria had a slight sweep with end sections set at a negative angle to the middle. Atriju failed to build the plane, made exactly according to the scheme of that glider. However, the wing bent back end portions having a negative angle will be preserved at the German aircraft “Taube” is widely used as spies during the first world war. 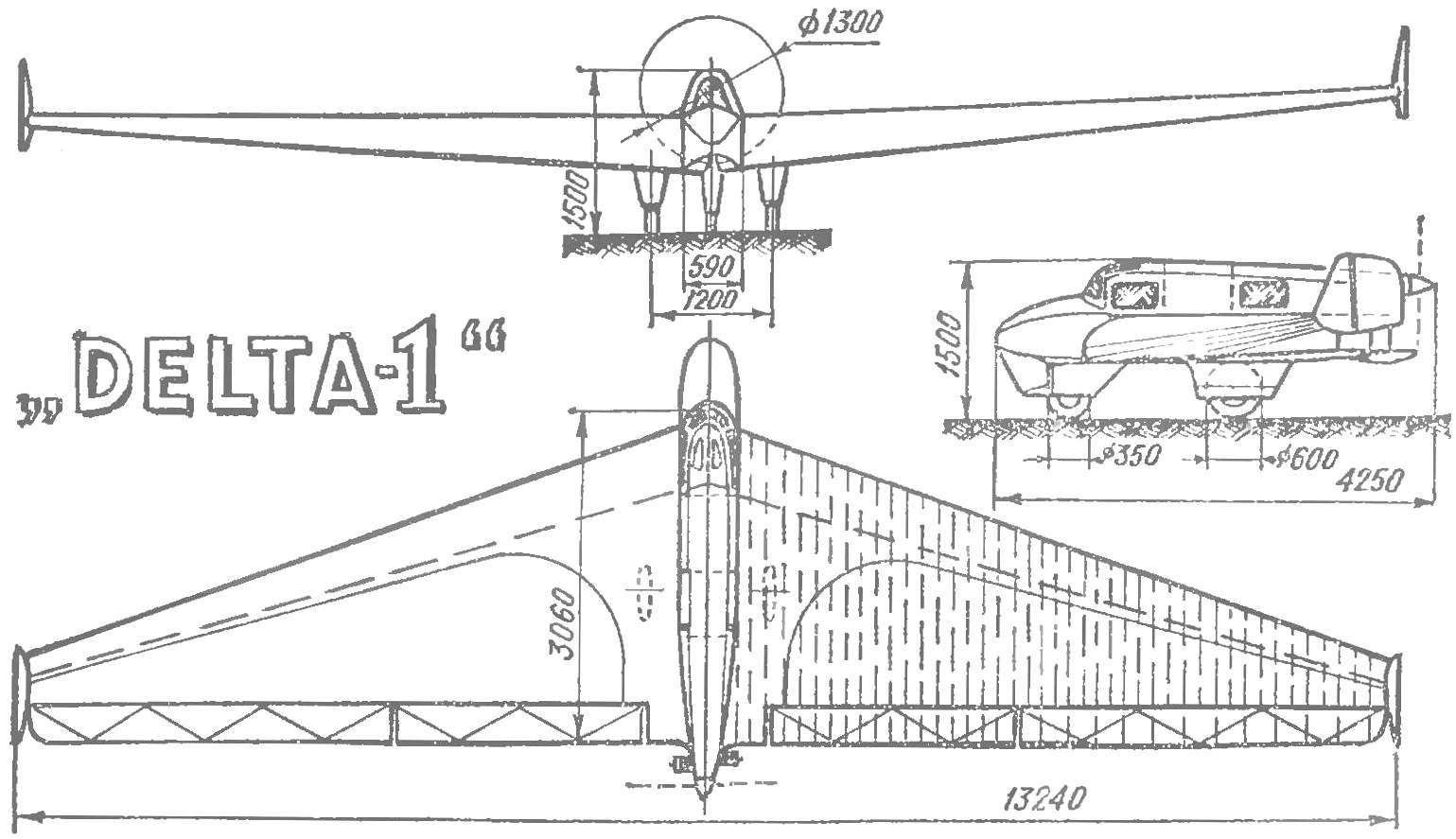 Fig. 2. General view and diagram in three dimensions of the aircraft.
Since 1925, building models, and then gliders tailless scheme engaged a young engineer Alexander Lippish.
The first gliders of his design series “Storch” (“Stork”) also had thin wings. However, in 1929 he builds and test in flight a number of flying models of tailless scheme with triangular wings, and then create the glider “Flightdetails” — “Flying triangle”.
The apparatus was a triangular free-thick support wing, fortified on top of the fuselage; the wing tips were located vertical tail — end plate with deviating rudders. “Flightdetails” tested in flight in the famous Laura glider pilot-champion, Greenhoff and gave him a high flight evaluation.
After the glider A. Lippish builds double tailless aircraft, “Delta-1” [Fig. 2), made under the scheme “Flying wing”. (Was based on his previous glider “Flying triangle.”) He had a thick cantilever wing with a 5-shaped profile, providing a longitudinal balance of the aircraft. The fuselage is in the form of the superstructure above the wing comprised a spacious double cabin, closed the transparent canopy. Low-powered motor rotated a pusher propeller with a small diameter. Chassis tricycle, enclosed in fairings, with the nose wheel. Simultaneously with the wheel turned and the tail of the fairing. Along the rear edge of the wing housed the steering flaps — elevators and ailerons. To reduce the stresses on the wheel during a long flight using a special lever mechanism allows you to change the deflection angles of both elevators and both ailerons (Fig. 1). “Delta-1” was made in the vein of wood with fabric covering. A. Lippish built it as a prototype of a large transport aircraft adapted for long-distance flights. “Delta-1” had a good flight data and a well-piloted for all modes. Pilot Greenhoff for the first time in 1931 performed on it simple aerobatics. However, a takeoff on the “Delta-1” demanded a lot of attention and known skill. 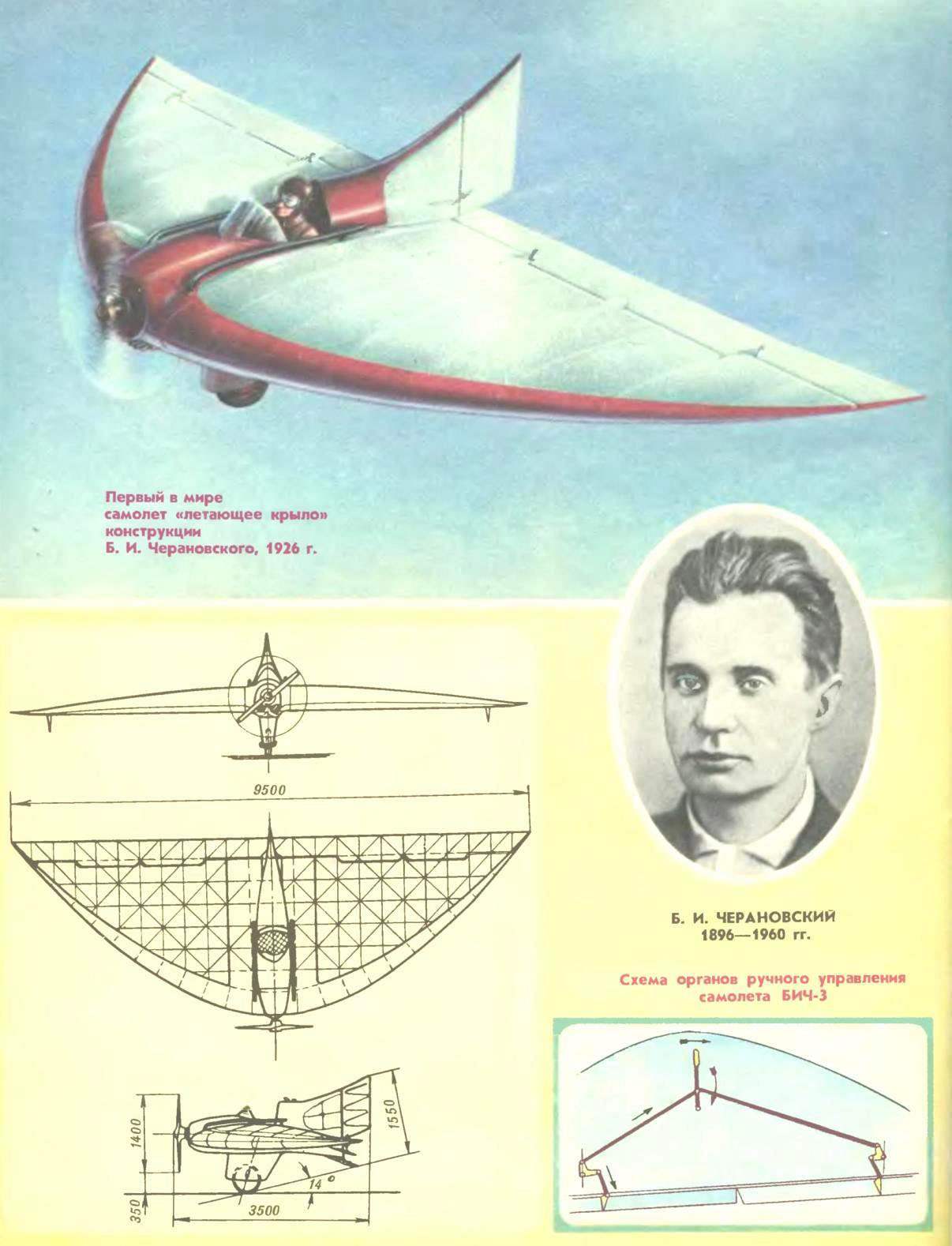 So by 1931, the air was mastered two aircraft of the “Flying wing” — the first in the USSR, in the second of Germany. B. I. Cheranovskii successfully continued its work on the “Parabola” with a more powerful engine. Lippis, despite the flight’s success, “Delta-1”, failed to realize his dream of a heavy transport plane. In the late 30-ies of Nazi Germany began to prepare for war and aircraft manufacturing firms were ordered only military vehicles. Lippes in 1932— 1938 abandoned the scheme of the Delta wing, and built four experimental tailless light aircraft with a wing having low sweep. They had little flight success. As a result of his work on tailless aircraft with piston engines over.
KOSTENKO