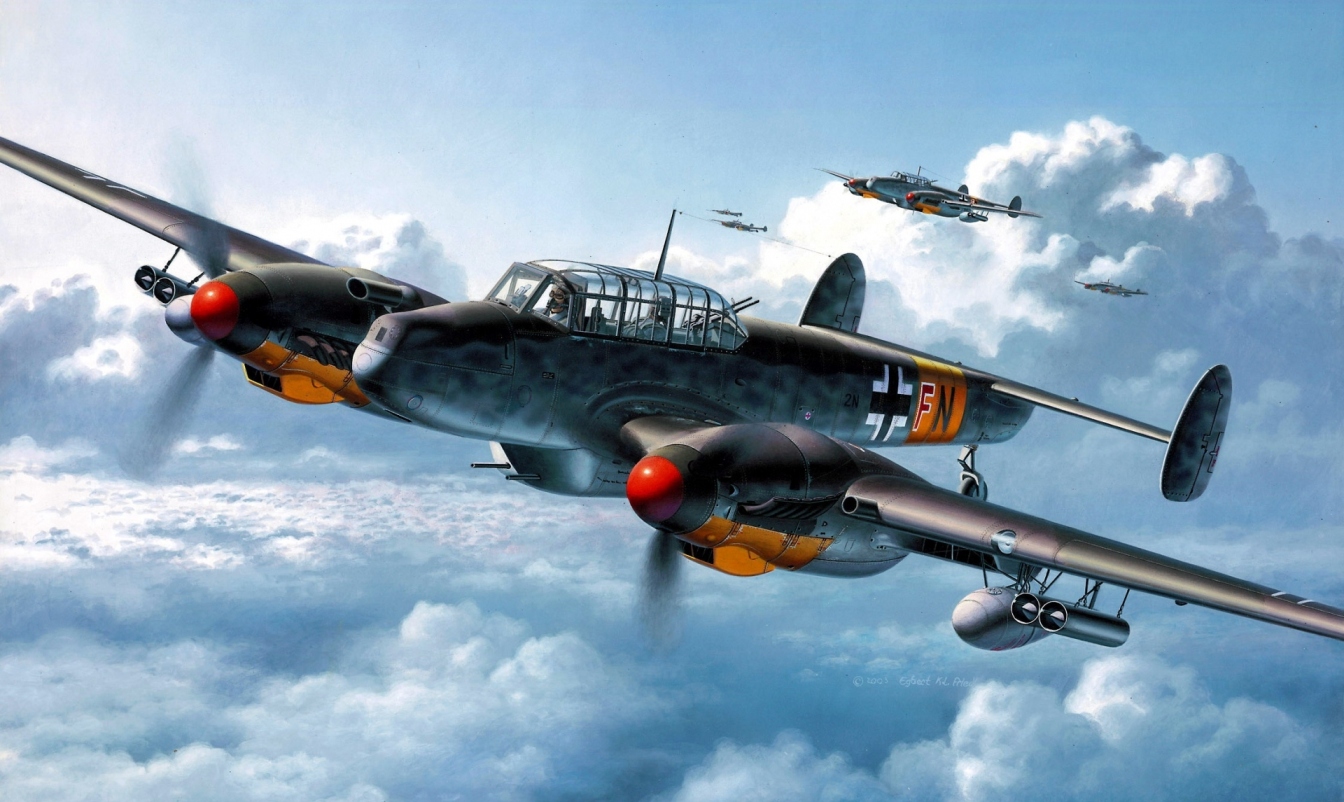 The prototype of this far twin-engine night fighter bombers took to the air in may 1936. The first production aircraft was the Bf 110C equipped with 1100-horsepower engines Daimler-Benz DB 601A direct fuel injection. On the basis of this machine was produced as fighter-scouts-5 fighter-bombers With a-7 and a number of other modifications.
Bf 110D, fitted external fuel tanks, together with aircraft E-series were used as fighter-bombers. The best of them 110Е Bf-1/R2 could carry under the fuselage, two 998-kg bombs.
Bf 110F was equipped with a more powerful (1300 HP) DB 601F engines, modification of the Bf 110F-2 had two launchers for missiles of caliber 210 mm.
Introduced in late 1942, the Bf 110G was even more powerful (1475 HP) engines DB 605В; these aircraft had four 7.92-mm and four 20-mm machine gun. Modification of G-2 was used as a fighter-bomber, G-3 as a high-altitude high-speed reconnaissance, a G-4 night fighter.
Improvement of ground-based radar stations (RLS) led to a decrease of overall dimensions and mass and the creation of airborne radar. In Germany the new technology — radar FuG 202 Lichtenstein BC – was equipped with twin-engined Bf 110G, has a reserve capacity and capacity.
At the end of 1943 the Bf 110G began to be equipped with more advanced radar, which eventually caused large losses to the Anglo-American bombers. However, after the invasion of allied troops into Germany from France the role of night fighters of the Luftwaffe decreased significantly.
Bf 110G: wingspan 16 280 mm, length 12 070 mm, height 4160 mm, the empty weight 5140 kg, takeoff weight 7788 kg maximum weight 9295 kg, the maximum speed of 561 km/h at an altitude of 5800 m, flight range 900 km (with drop tanks — 1300 km).