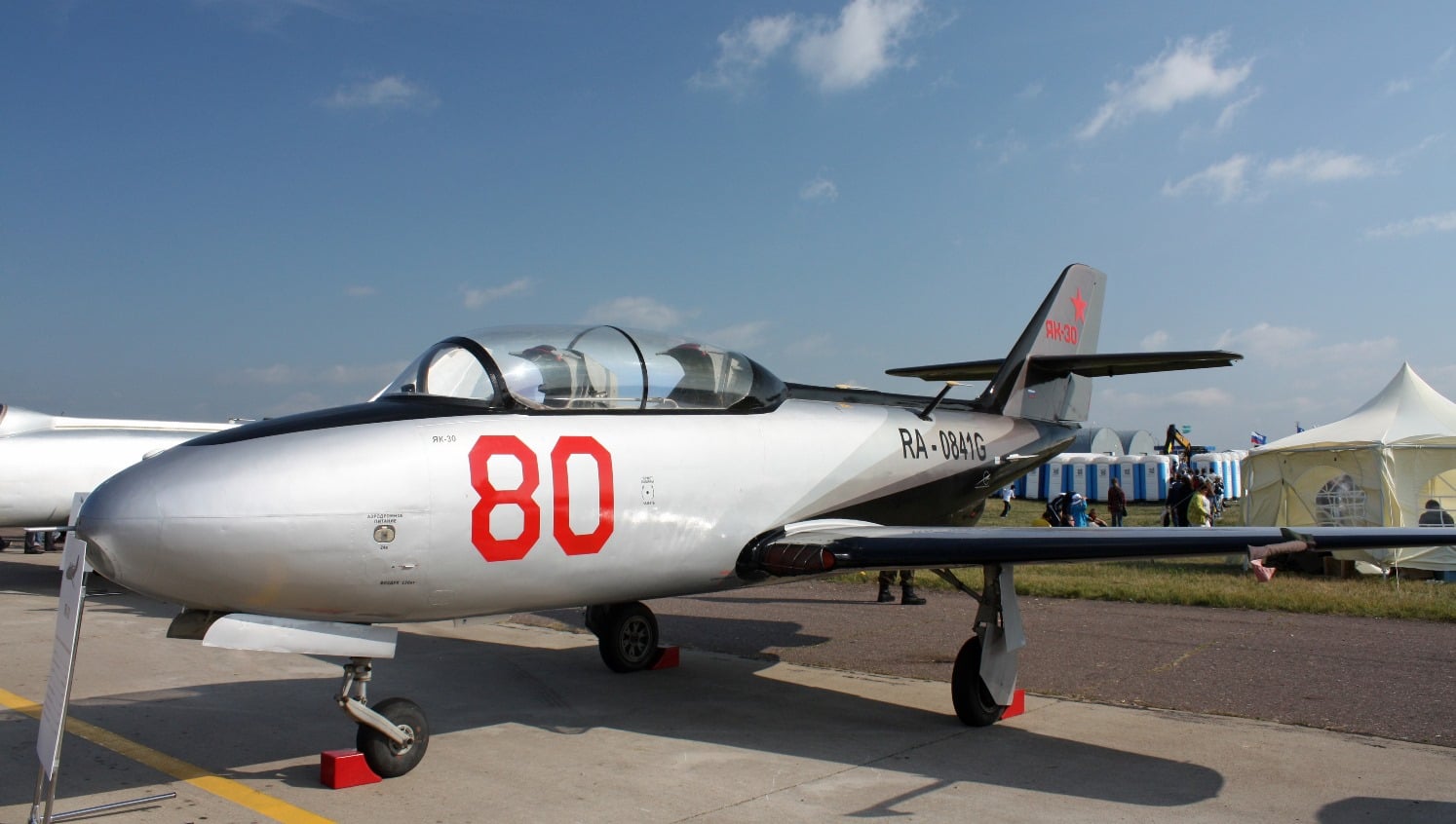 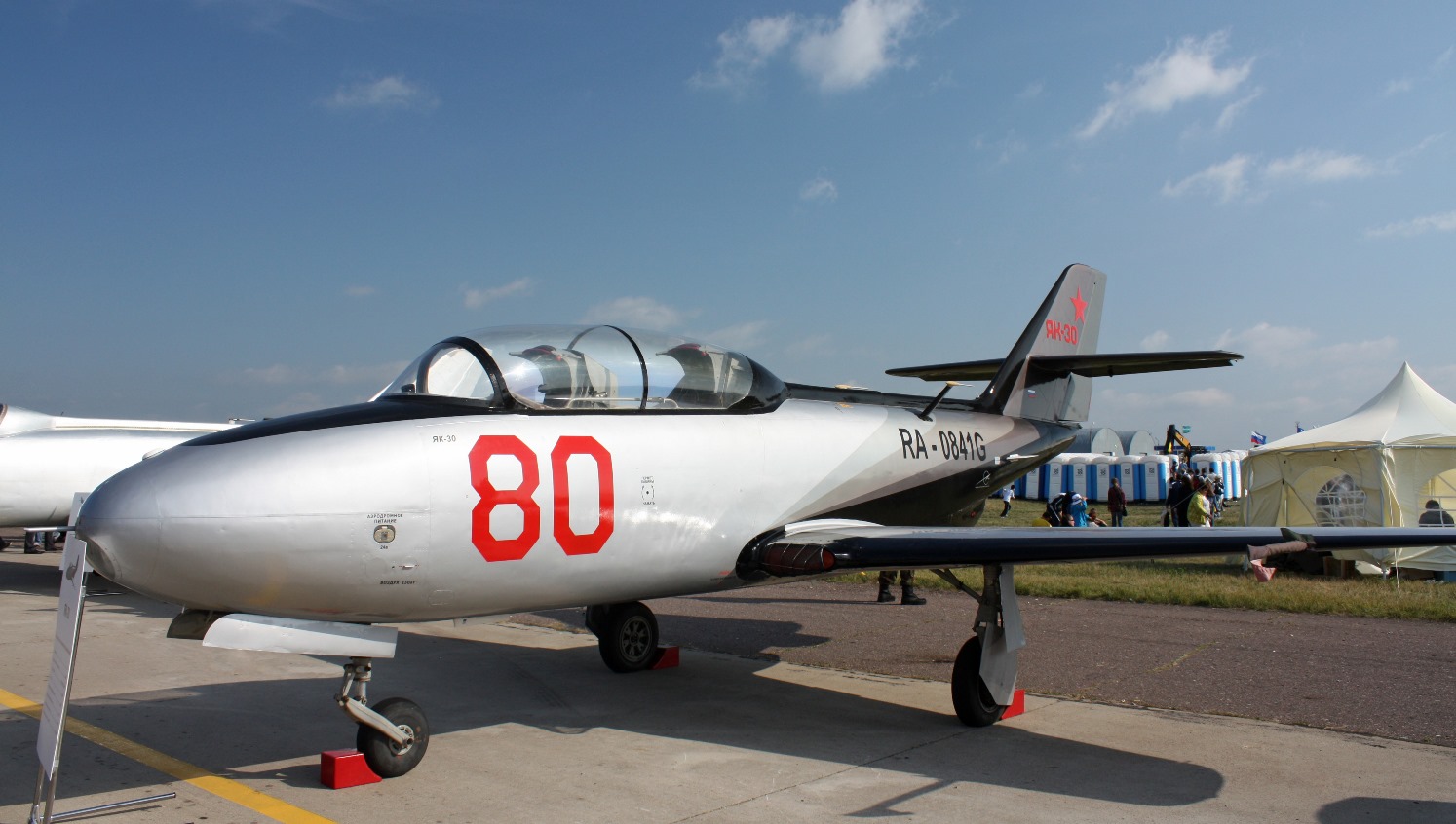 Designing a training jet aircraft Yak-30 began in the Yakovlev design Bureau in 1957, In 1960 it was built two prototypes, which were tested from may 1960 to March 1961, there were performed 82 flight a total duration of 43 hours 36 mins No difficulties in the operation of the airplane and engine did not arise.

Later were built two such machines. In 1961 the Yak-30 was involved in an informal competition to create a training aircraft for the air forces of Warsaw Pact countries. The Yak-30 had the best characteristics, but for political reasons, a standard plane for learning was chosen Aero L-29 “Dolphin”, submitted by Czechoslovakia. Due to the low weight of the empty aircraft, the Yak-30 had reserves for upgrades, including the installation of weapons. In 1961, on the basis of double Yak-30 was created by a single aerobatic version of the Yak-32. New aircraft light weight due to removal of the second cockpit, is even more maneuverability. One Yak-32 was again brought to flying condition in the early twenty-first century.