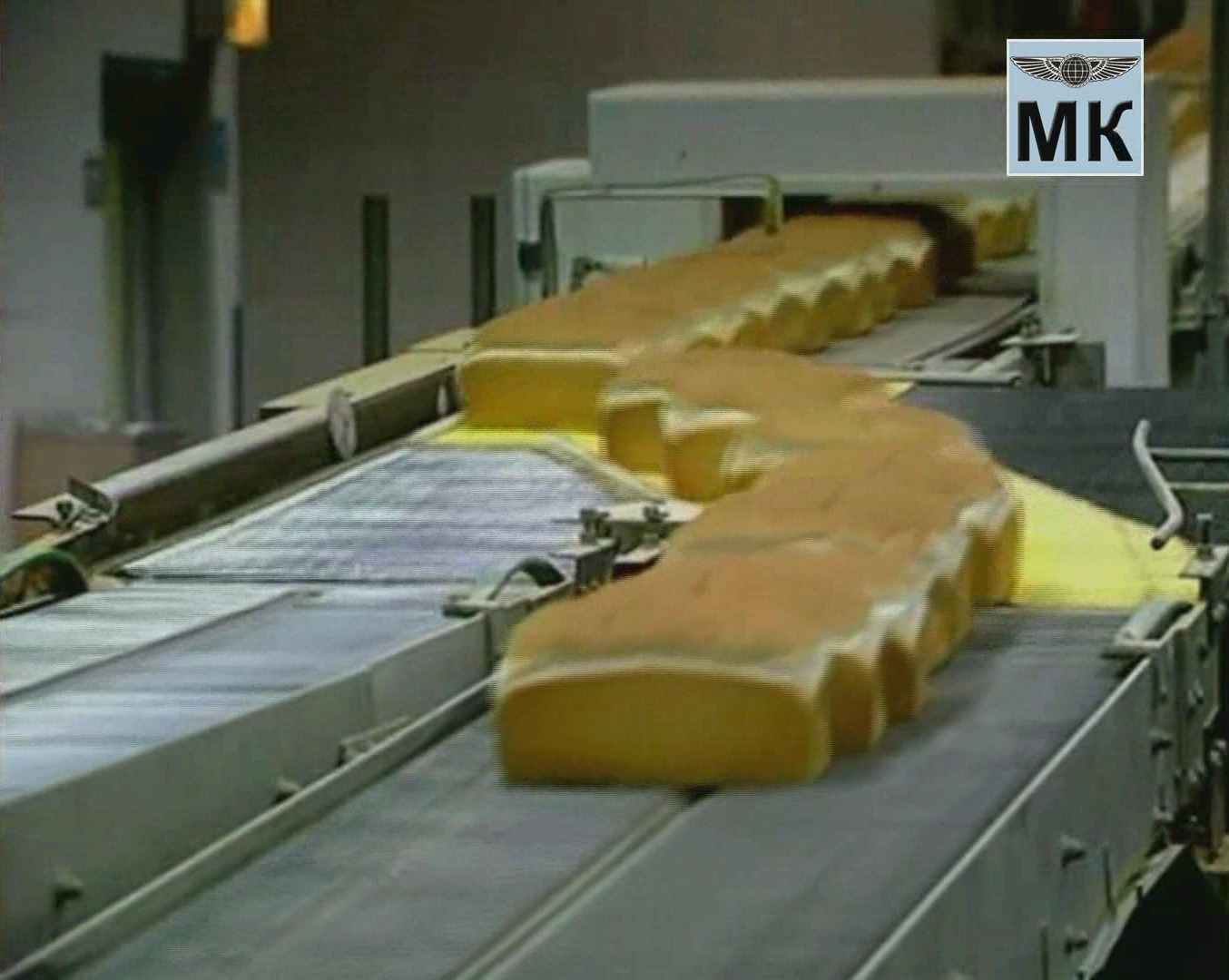 A Millennium technique and technology of production of bread remained virtually unchanged. Heavy manual labor of the bakers of Ancient Rome almost did not differ from toil bakers tsarist Russia in the twentieth century. And only in the twenties, when our country was created by the baking industry, to replace the ancient bakeries come highly mechanized enterprise. If the “Tsar’s Palace bread” in the Kremlin under Boris Godunov was baked the day 5 tons of bread and fed 5 thousand people, built in Soviet times, the bakery produces daily 300 – 500 tons of bread. Each factory and today provides bread to a million people.

Baking industry today is thousands of bakeries, equipped with modern equipment for the production of bread and bakery products for every taste. The flour of such a bakery with the mills deliver a special car – the mucosae, where they are unloaded using compressed air in a huge metal silo, containing tens of tons of basic raw materials in bakery industry. Flour is stored in these bunkers and as needed is supplied through the pipes for production. All of these operations, and the appointment of flour to the bakery, and storage bins, vacation, production, and accounting the quantity of flour consumed in the preparation of the dough, all this is done automatically, and commands this automated system moving with great speed multi-ton weight of flour, only one human operator located in a separate bright room at the controls.

Of bins for storage of flour is fed to a sifting device equipped with sieves in addition to the strong magnets to capture even the smallest particles of iron that may remain in the flour after the milling of grain. Next, the flour falls into a relatively small industrial silos and from them to the shop, where they cook the dough. Modern units for kneading and fermentation of dough are sophisticated mechanisms that replaces the work of dozens and sometimes hundreds of people. For a given program they dosed in strictly defined quantities of flour, water, yeast solution, knead the dough, sending it to the fermentation, which is also performed in a strictly defined time at a controlled temperature.

On the jar for preparing dough from wheat flour and obtain rye dough – it is even more difficult. Preparation of starter cultures, which are preparing rye dough requires special attention and great skill, knowledge of Microbiology and biochemistry. On fibrogenic the jar or yeast knead the dough. And again, automated dispensers dispense the flour, salt, sugar and other raw materials necessary for certain kinds of bread according to the approved formula. Powerful kneading machine for several minutes to knead the dough, which is haunting him put the time and goes to another shop where smart mechanisms divide it into pieces and attach them to the form of the future loaf, loaf, loaf, loaf. Moving in forms, or on sheets on the conveyor, the dough rasstavatsya (suitable, increases in volume) and finally goes into the oven.

Ovens our time – a huge automated conveyors located in enclosed tunnels. Such furnaces are baked daily for 10 – 20 thousand loaves or loaves. Some plants operate ovens, daily output is 80 – 90 thousand loaves. One such oven today provides bread to more than 200 thousand people a day – the population of a city. In a furnace, in fact, happening is a great miracle – the birth of bread. White test mass, without taste and smell are born with crusty loaf that fills the whole room heater shop wonderful aroma of freshly baked bread. The finished bread is placed in mobile containers, in which it is delivered to the bakeries. Such containers serve in the shop a kind of shelf-storage, which the buyer chooses the bread. Bread from these containers always comes to the consumer fresh.