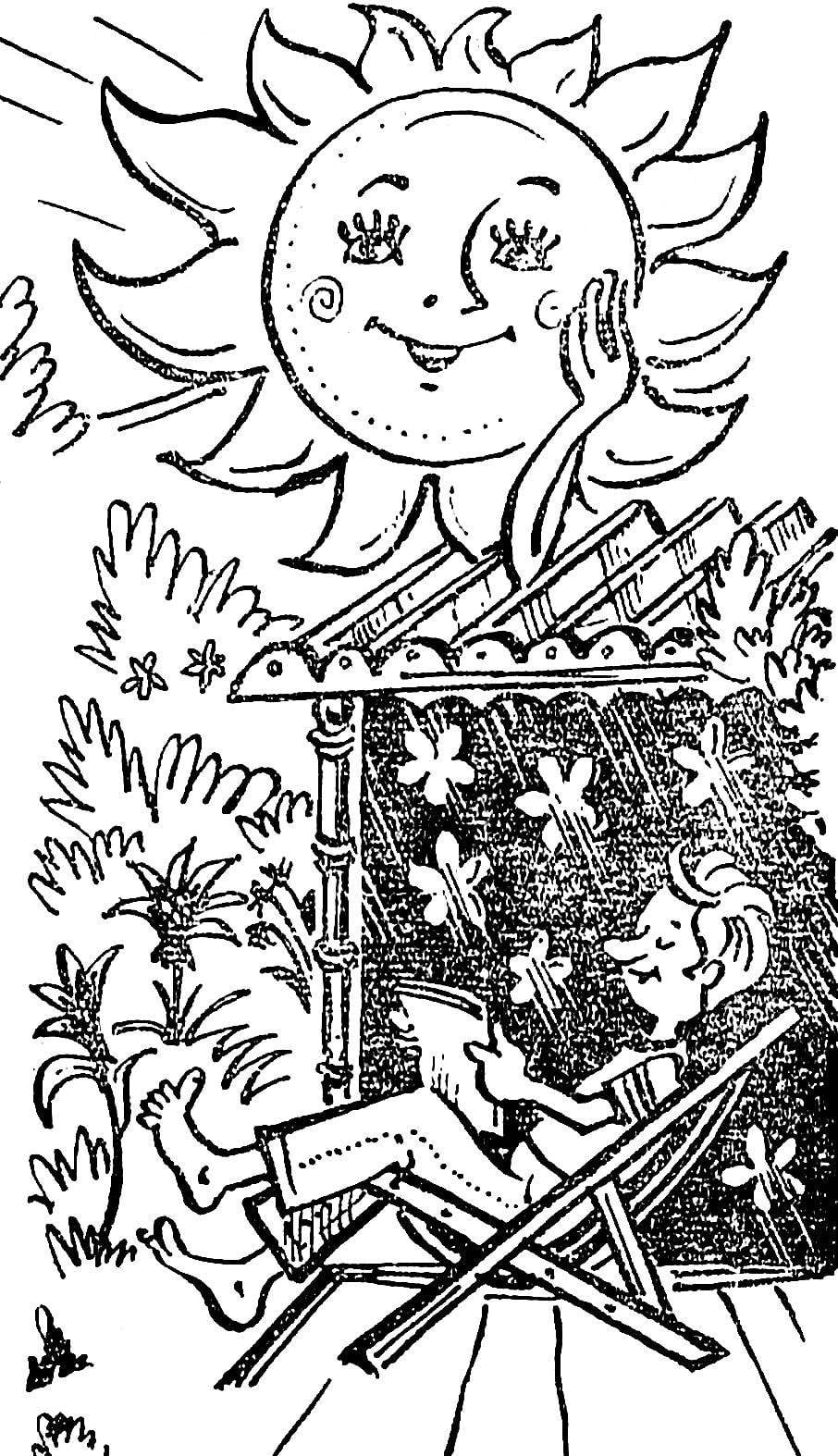 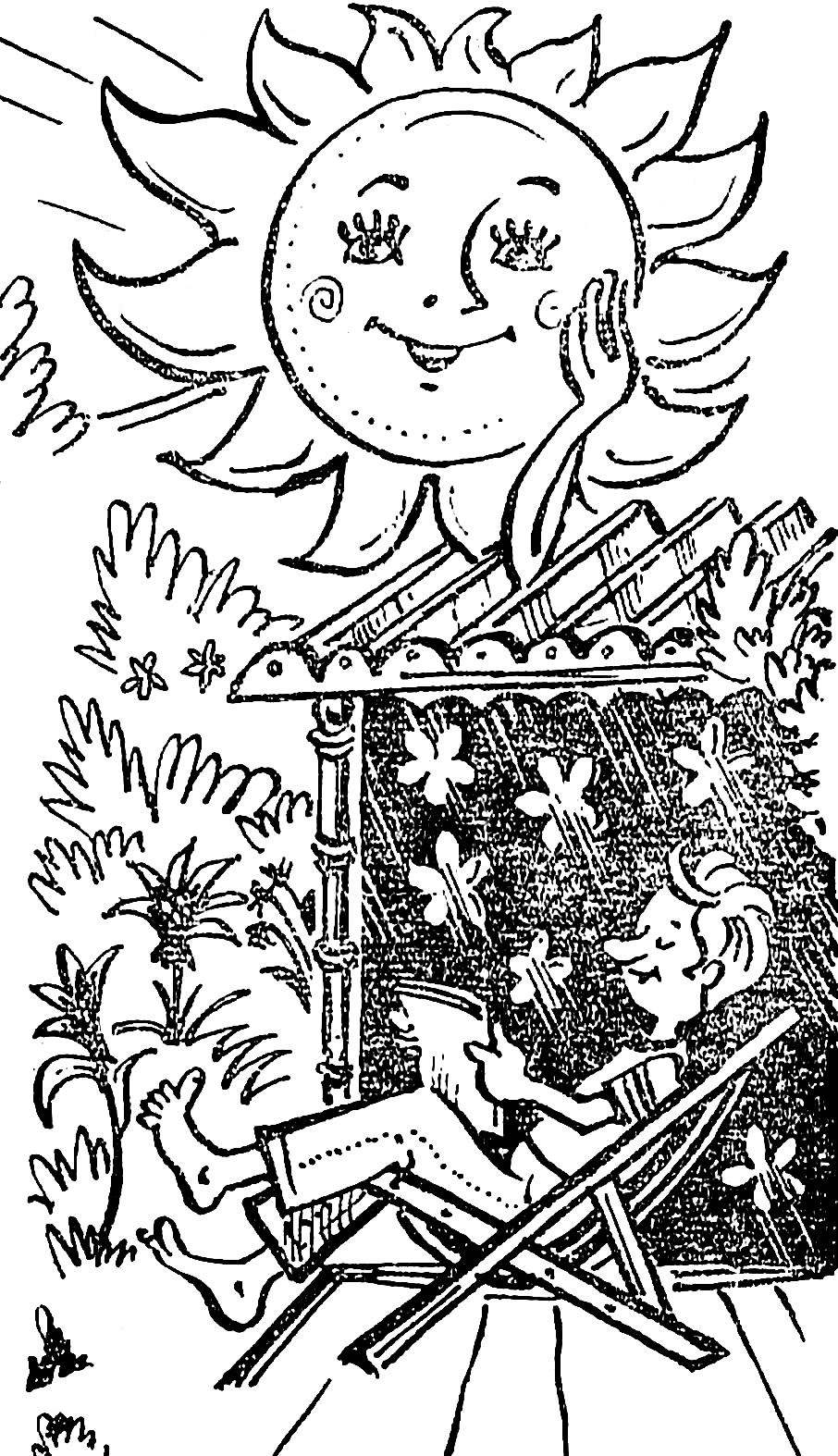 Undeservedly forgotten in the garden plots of the so-called architecture of small forms. For example, pergolas and trellis — light openwork structures, usually overgrown with plants and forming a freestanding green wall, gazebo or covered alleys. Seamlessly blending into the surrounding greenery, they create cozy nooks that are protected from direct sunlight.
In this issue KDM we want to tell the readers about how to make a gazebo and veranda with use of pergola — trellised canopy.
Position the gazebo should be in a quiet area of a garden plot near the house. Guidance is necessary so that the slats overhang the pergola was located in the latitudinal direction (West — East), and the wall with the blinds was on the South side. In this position, the pergola will provide the highest protection from the sun. In addition, it will give a beautiful carved shadow.
Before you start building, it is necessary to conduct earthwork to flatten the area, place the axle and dig a hole with a depth of about 1 m under the posts. Then the bottom of each pit is filled with gravel layer of 200-300 mm and install the pillars. To maintain precise dimensions between them will help the cord stretched between the pegs on the outside of the pillars. In the land of the pillars, it is best to pour concrete, pre-covering their underground part with bitumen to protect against decay. To complete setting of the concrete Foundation the upper ends of the pillars must temporary fix is to put the bait on Reiki ka nails. Do not remove them, and then when begin to install the flooring. To start at the bottom of the columns choose the slots for the lag, which are then inserted into them and nailed. The joists are arranged in the direction of the axes designated in the drawings by the letters. On top of the lag lay floor boards. Then the entire deck around the perimeter of the ground covered on the Board so that its top edge coincides with the floor level. 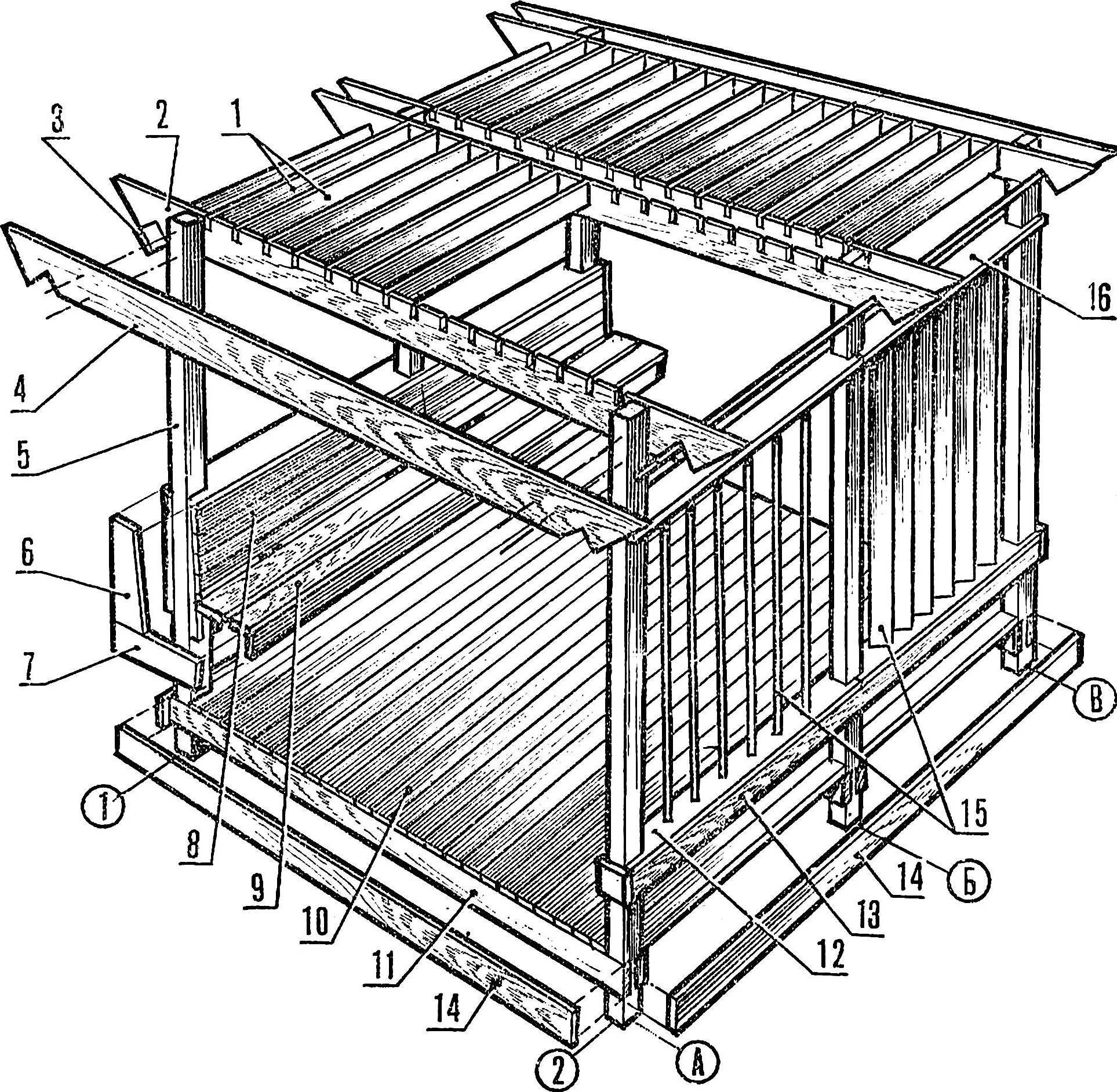 Fig. 1. Gazebo with pergola (General view):
1 — Reiki pergola, 2 — carrying run, 3 — head-Board, 4 — front-run, 5 — pole, 6 — side panel of the back benches, 7 — drawer side, 8 — and-back, 9 — seat 10 — flooring boards, 11 lag, 12 — lower horizontal Board, 13 — retaining Board, 14 — ground Board, 15 — vertical blinds, 16 — the top horizontal Board.
You can now begin the installation of the ceiling of the pergola. First, attach purlins — beams between pillars in the direction of the axes, marked in the drawings by the letters. They are placed on both sides of the pillars and tightening the screws. The supporting girders are different from the facade that they have a socket for mounting the slats of the pergola. And the last cover all the nodes and determine the architectural appearance of the facade of gazebos. Slats are installed in a special socket of the load-bearing purlins and fixed with nails with a slanted face. At the edges, in the direction of the axis indicated in the drawings figures, all runs pull together frontal planks, can only equip the interior of the gazebo to make the bench and the wall with shutters. 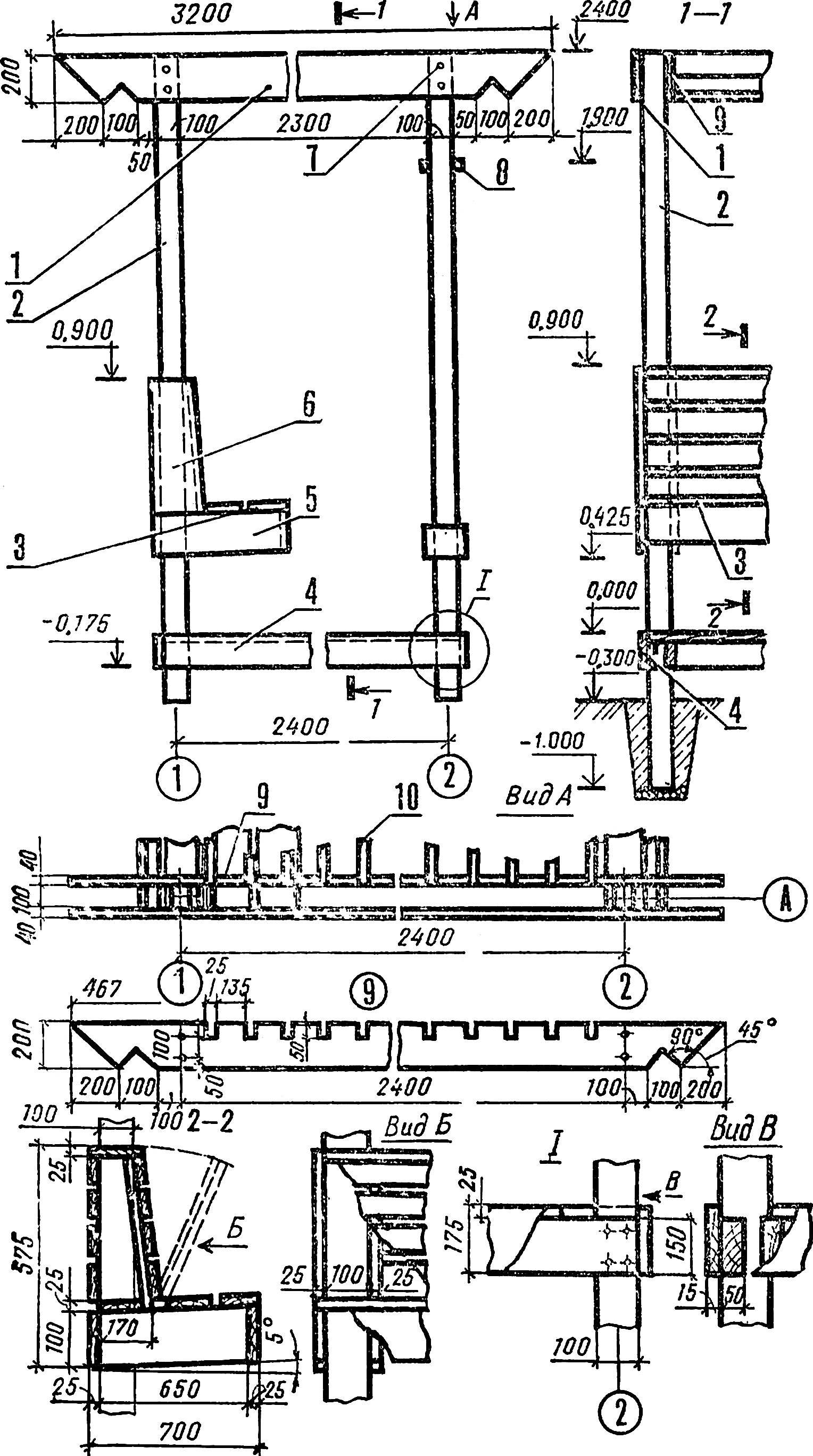 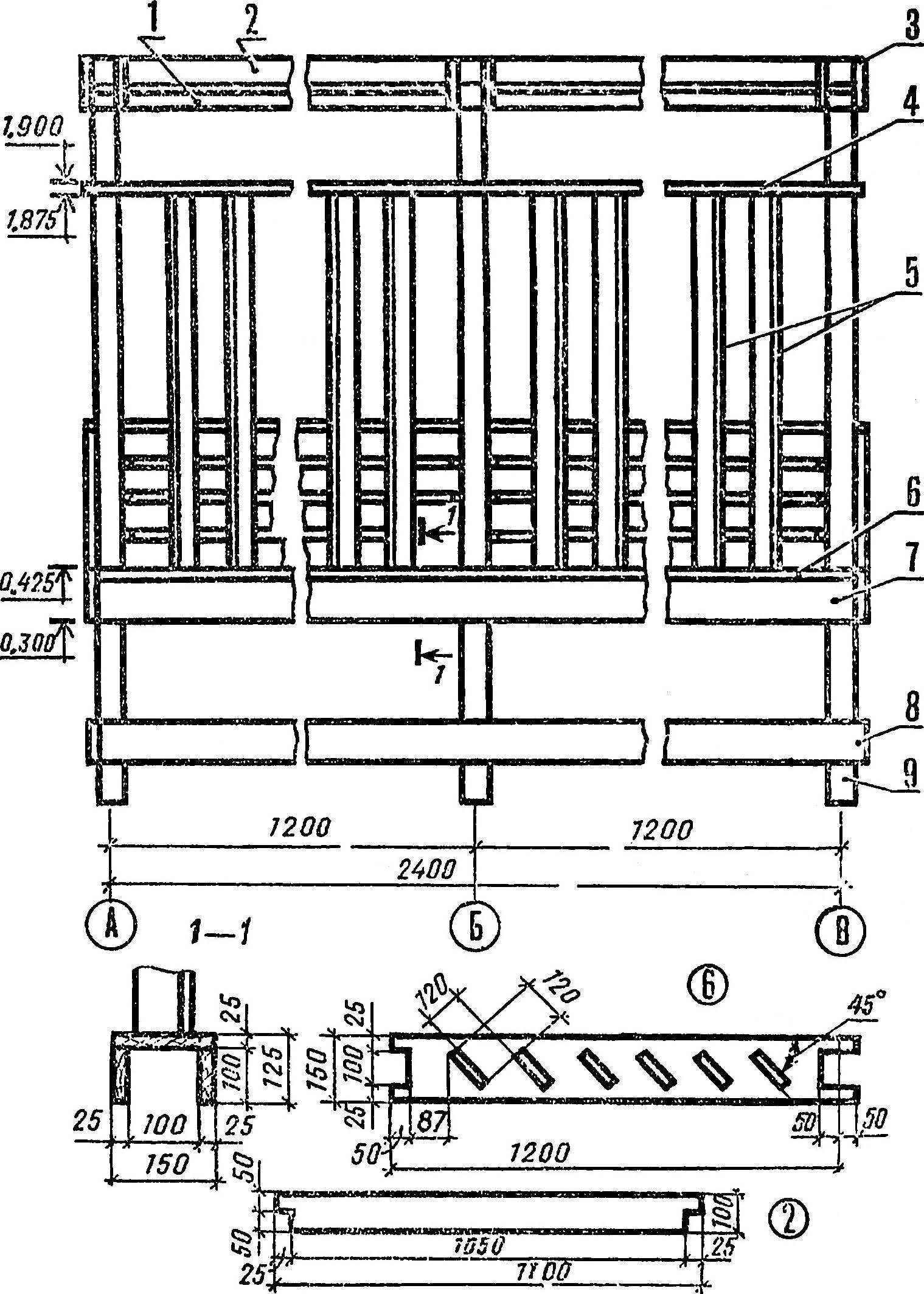 Fig. 3. Gazebo with pergola (facade A):
1 — head-Board, 2 rails pergolas, 3 — front-run 4 — upper horizontal Board, 5 vertical blinds, 6 — horizontal bottom Board, 7 — retaining Board, 8 — ground Board, 9 — pole.
The bench is assembled from the back side and the rings seat, and attach to each post with two sides. On top of the side-bar to fill the Board seat and the backrest is assembled from separate boards, which are mounted on hinges to the seat, forming the door of the container for storing small garden tools. Outside back upholster with boards.
Then make a wall with blinds. On the horizontal bottom and top boards, mark the installation location of vertical strips. This is useful for templates cut from cardboard or paper. Prepared boards nailed to the posts at the top and bottom. That the wall does not bend under the weight of the slats, under the lower horizontal Board nailed two retaining boards. Then in the intended locations install vertical battens and fix them with nails.
Gazebo ready. It remains only to carefully strip the ends of the boards and cover with a waterproof varnish the whole building. The natural wood color will blend well with the surrounding greenery of the garden.
If you have decided on the same principle to build a porch attached to the house, the depth of the structure should be reduced to 1200 mm to the porch did not dominate the facade of the building, and only gave him more power. To make it a little easier, so as to support one side and pillars dug into the ground. Another pillar will be the house wall.
N. FEDOTOV, architect