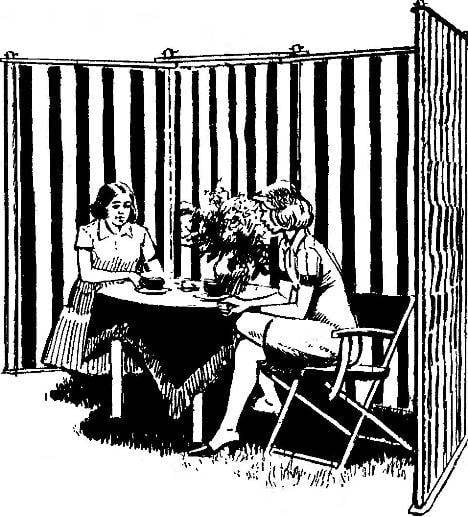 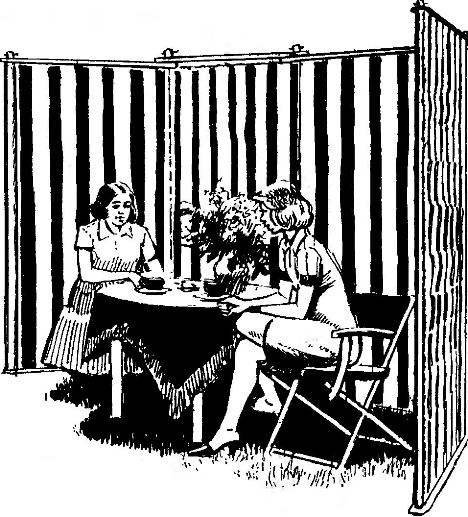 Stationary arbor on a country or garden site — a great convenience: under her roof and in the heat, and in bad weather, good to sit in the fresh air, relax from the daily stress, to drink tea from a samovar.
But for such capital facilities do not always have a place; and his immobility is often just a hindrance, especially in the case of redevelopment of the site. Yes and build myself a pergola is not for everyone under force.
The proposed lightweight construction can collect each, and just one day out of scrap materials — five poles, eight boards and four fabric panels. Connect the parts together in a kind of a four-screen, which successfully performs not only the role of the gazebo, but also carries many other useful functions: where appropriate, from the vertical fences easily turns into a horizontal canopy over the place of rest in a tent, shower room or children’s Playhouse-tent.
This is achieved through the features of its design. The basis of the screen frame is collected from the already mentioned wooden poles-pillars and connecting top and bottom wooden ties. Each pole with a length of 2000 mm and a diameter of 35 mm at the ends by two perpendicular through holes, in which are inserted wooden or metal pins-limiters: between them be impaled their holes in wooden ties. Thus, the flaps of the hinge allows the screen to be oriented at any angle to each other, which ensures the construction of such a variety of functional forms.
Textile folds may be formed as a single piece of cloth on the entire length of the frame, and individual — size on each leaf. Depending on this is solved by the method of their mounting on the frame. In the first case the cloth is sewn five transverse slots in increments of 1050 mm and of such width that each of them can be securely insert the pole diameter 35 mm. the Longitudinal edge of a panel previously podymaetsja, it lays the cord, after which it is stitched. The fabric is better to choose from water-repellent impregnation. 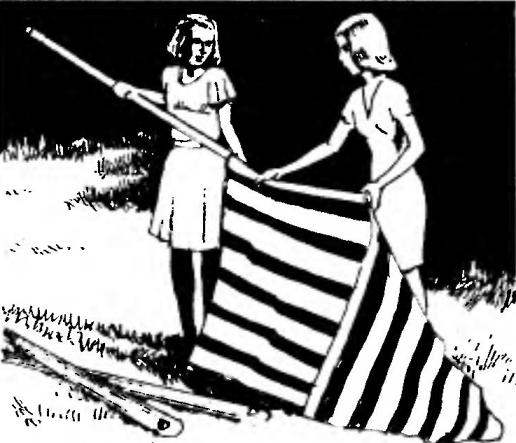 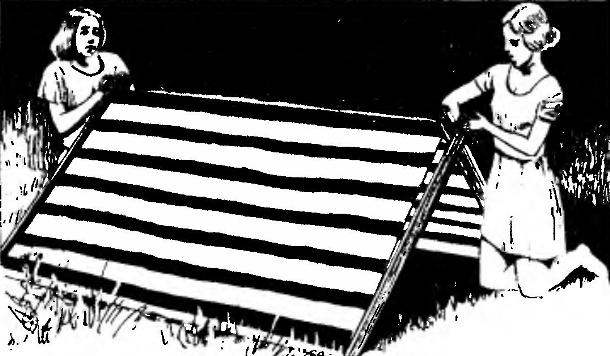 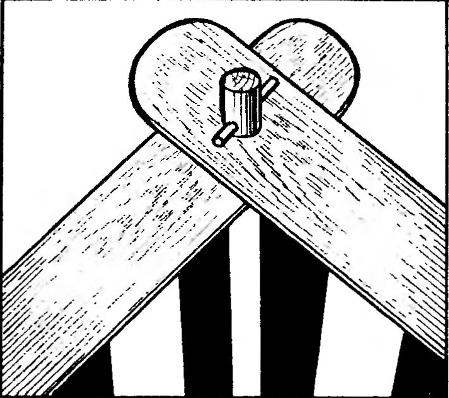 Front with ties in the collection

Use cases screen:
A—tent; — canopy; — shower cabin G cabin-tent
After the panel is prepared and inserted into slots in the poles, they must be mounted on wooden ties size 1300x100x10 mm. In their ends, there are openings not only for poles but also for metal fasteners — bolts with wing nuts (not shown on drawings), through which the tie wings provide position at a specific angle to each other. All holes on all ends of the ties were identical and matched, they are executed invoice templates, playing the role of marking with stencils or jigs for drilling.
Staves and ties after appropriate treatment and sanding with sandpaper can be covered in several layers of a furniture varnish or oil paint.
According to the magazine AVS technike (Croatia)